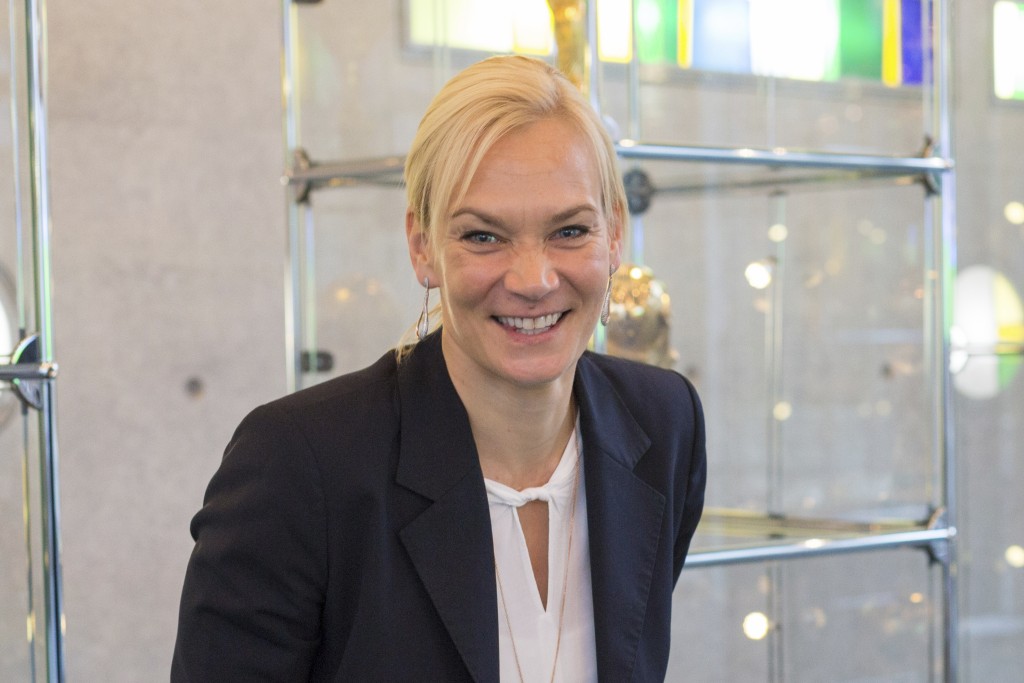 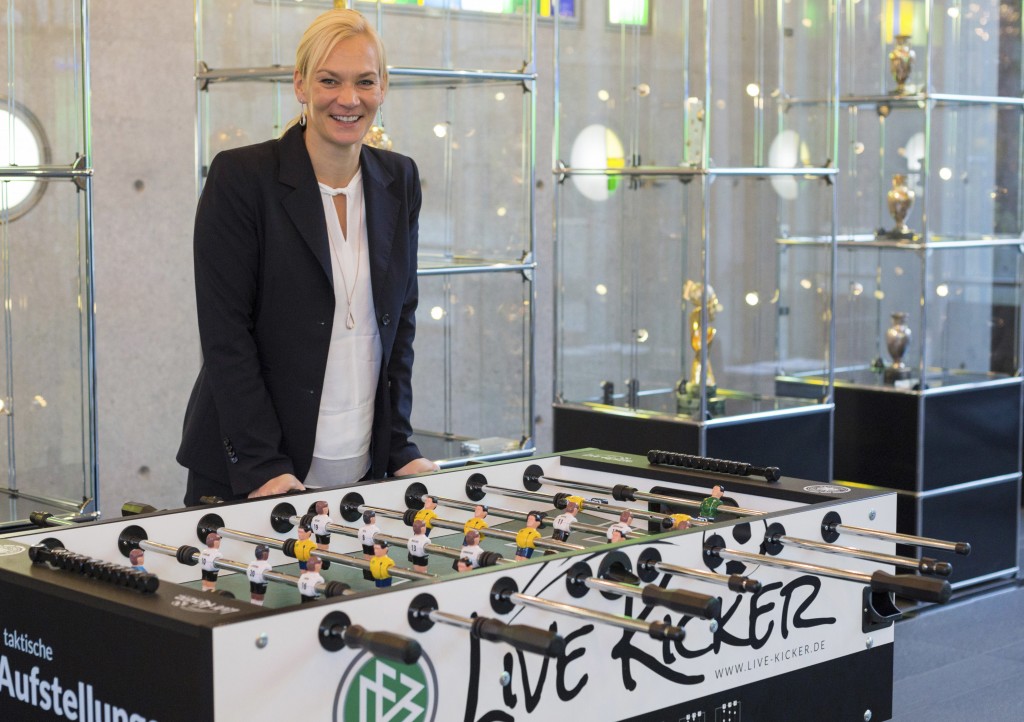 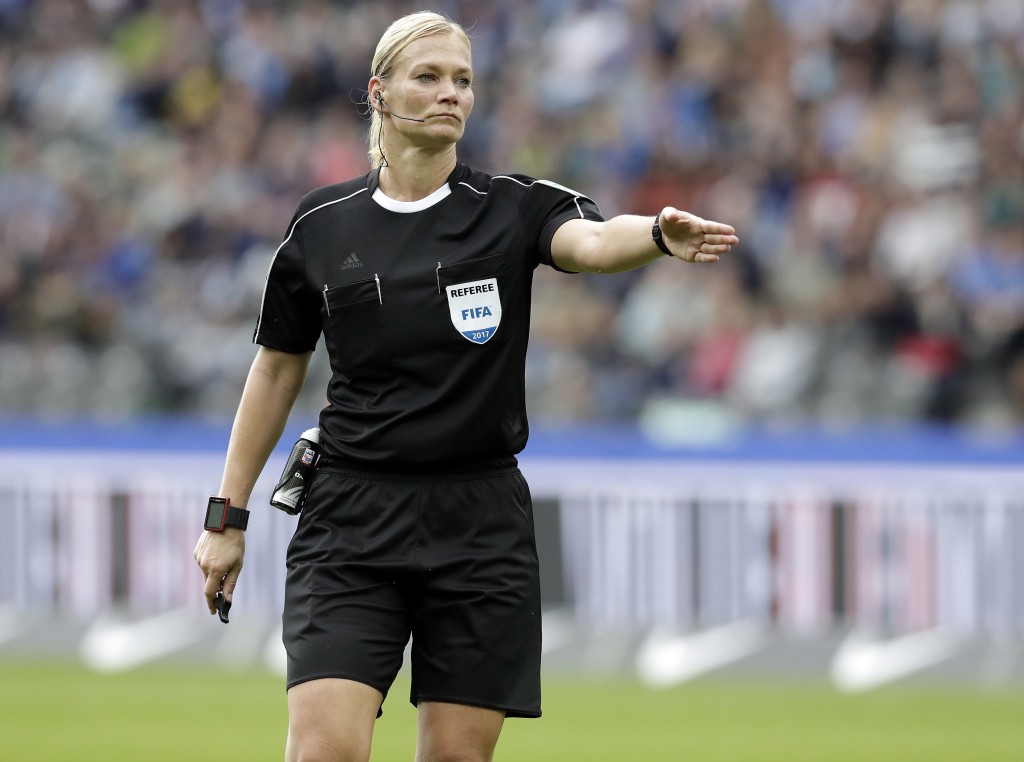 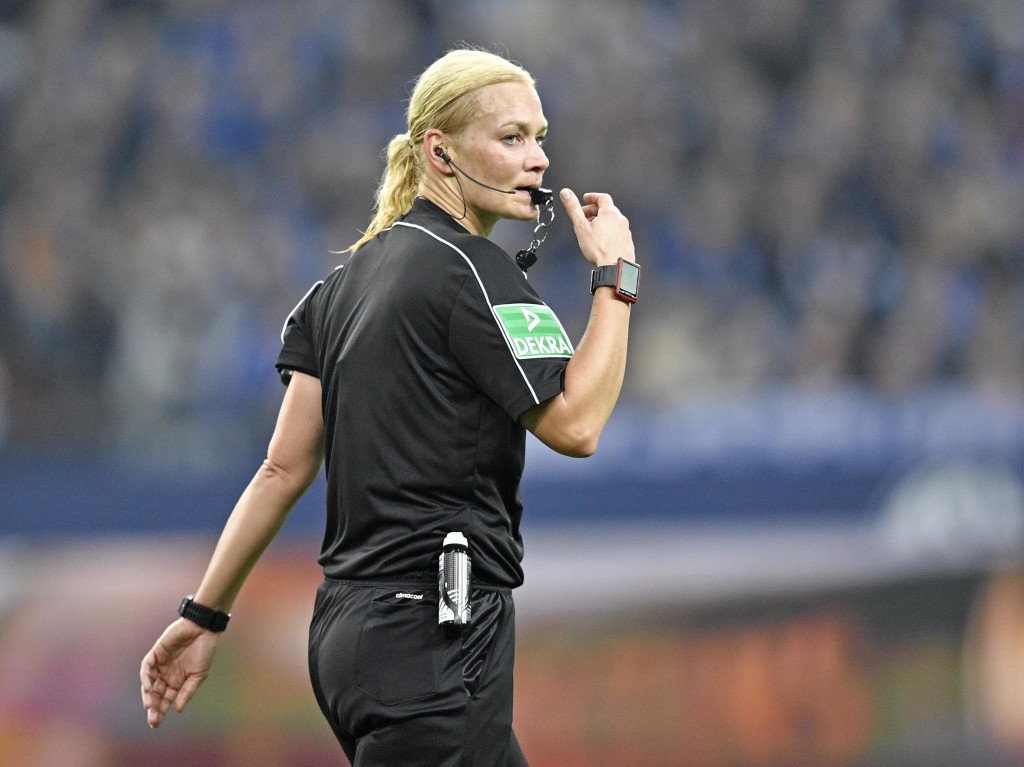 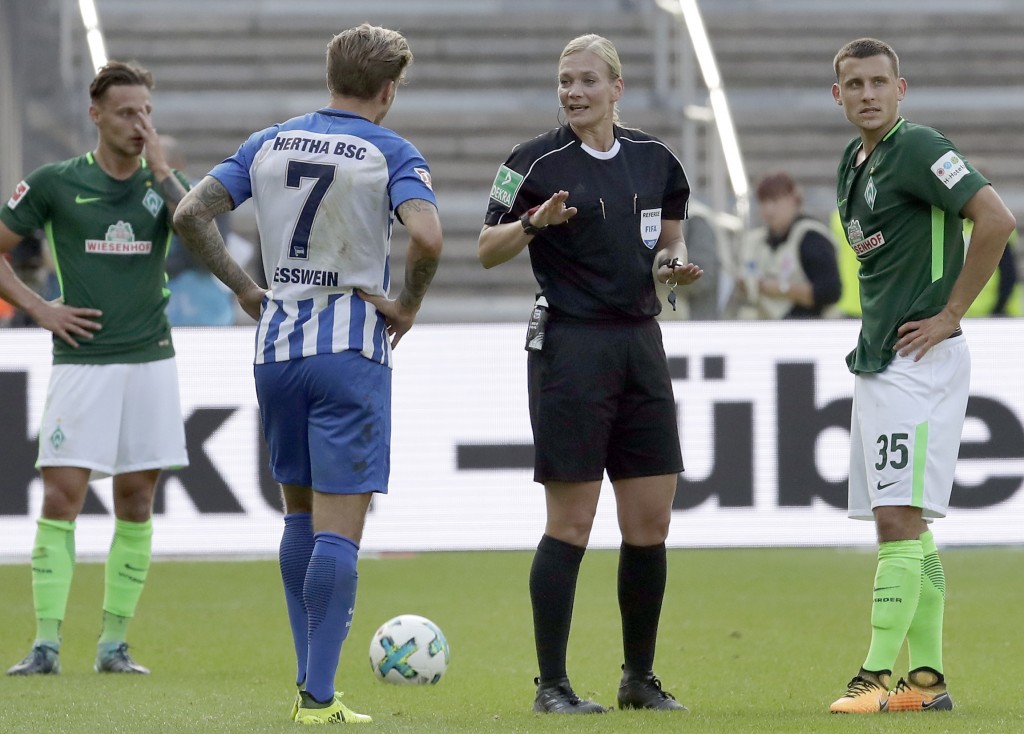 Having made the breakthrough, the first woman referee in any of Europe's top soccer leagues is asking how long it will take for other countries to follow Germany's example.

Bibiana Steinhaus is savoring her first season among the Bundesliga's 24-member elite group, reward for her performances as a fourth official and for 10 years' work in the second division, but she hopes her success will make other leagues sit up and take notice.

"The doors are open," Steinhaus told the Associated Press in an interview at the German soccer federation's headquarters in Frankfurt. "I'm the best example that it can work."

Steinhaus, who still works part-time as a police officer, has had to overcome unseen barriers to get where she is, yet she plays down her achievement and insists it's a result of natural progression.

"It's just about performance and your dedication and passion to go for it. Then it works. The possibilities are there," Steinhaus said.

But the pressure is immense. Steinhaus acknowledges that she faces different challenges to her male colleagues, that her performances are under a different kind of scrutiny.

On the field, Steinhaus is firm with her decision-making but has an easy and disarming smile, using an easy going personality to enforce the laws of football rather than her yellow or red cards. Her background as a police officer means she has little problem imposing discipline.

"I'm not allowed to perform less than my colleagues," Steinhaus said. "If you want to make it a long-lasting Bundesliga experience, you have to perform, otherwise it doesn't work. You can't survive just by being a female official."

Affable and considerate, Steinhaus does not rush to answer questions but weighs her words. She's a reluctant symbol for equal rights and would much rather be anonymous.

"If you're not noticed, that's probably the best thing in the refereeing world. Now there's all this attention just because I'm the only referee with a ponytail," said Steinhaus, who finds the attention "weird."

"It's not normal for everybody, and this is why I have to deal with it."

Steinhaus said afterward she was happy it was over: "I'm looking forward to a return to normality tomorrow."

By the time her second game rolled around on Oct. 20, a 2-0 win at home for Schalke over Mainz, Steinhaus' input was largely ignored. She was delighted with the lack of attention.

Refereeing wasn't always Steinhaus' dream. She was pushed into it by her father and his friend, and took charge of her first game when she was 16 years old.

"They talked me into being a referee. It wouldn't have been my goal to be a referee, but from my perspective now, probably one of my best decisions," she said.

Steinhaus went on to officiate women's games for the German soccer federation from 1999. She became a FIFA referee in 2005 and the first female referee in German professional football two years later when she earned her place in the second division. Since then, Steinhaus has refereed women's World Cups and European Championships, the gold medal match between the United States and Japan at the 2012 Olympics in London, and she was honored as female referee of the year on six occasions. She took charge of the women's Champions League final between Lyon and Paris Saint-Germain in June.

"I was damn busy," Steinhaus says of her decision to shy away from the media after her promotion to the Bundesliga was announced in May. But now she's happy to talk about her achievement.

Steinhaus is relishing her role, not only for reasons of equality, but simply because she is doing a job she loves. She described a high-pressure job trying to direct at least 22 individuals over 90 minutes with stadiums full of fans making their feelings known on every call and the media examining every decision with a microscope.

"It's perfect!" she laughed.

But Steinhaus has also had to deal with situations a male colleague might not have had to. Earlier this season, Bayern Munich winger Franck Ribery untied one of her bootlaces as he pretended to put the ball in place for a free kick during a German Cup game. Steinhaus laughed it off.

As the fourth official during a Bundesliga game in 2014, she shrugged an animated Pep Guardiola's hand from her shoulder when he was Bayern coach. Hertha Berlin defender Peter Niemeyer accidentally swiped her breast when he meant to pat her on the shoulder during a game in 2010.

Steinhaus drew the line in 2015, however, when then-Fortuna Duesseldorf midfielder Kerem Demirbay told her, "Women have no place in men's football," after she sent him off. She logged his words and he was banned for three games.

There was no way she could let it go.

"If there are people who think, as happened before, 'Hmm, women shouldn't belong on the football field,' then you are not welcome to my football field," Steinhaus said. "If you want to make use of all the benefits of the society we are in, then you have to deal with our values as well, and one of the values is: men and women are equal. I think that's a very important topic to sink into everybody's heads."

"You have equal possibilities, you have equal chances, you can reach the same goals if you want. I like this value and I really want to defend it.

Steinhaus doesn't feel lonely as the only female referee in the Bundesliga.

"I feel part of a 24-person team," she said, though she acknowledged she would rather not be alone.

"If you can share the pressure, that would make a difference," she said. "You're not blown up bigger than you actually are. I'm just a referee. I'm just part of the game."

There are signs she won't be alone for long.

"We have an assistant referee who's running the line in the second division. We have a referee who is doing the job in the third Bundesliga as well. So the doors are not closed," said Steinhaus, who pointed to seven female fourth officials at the Under-17 World Cup in India.

"Seven female officials in an international tournament! And it worked well," Steinhaus said. "Germany did it, FIFA did it, why should other countries not go for it?"