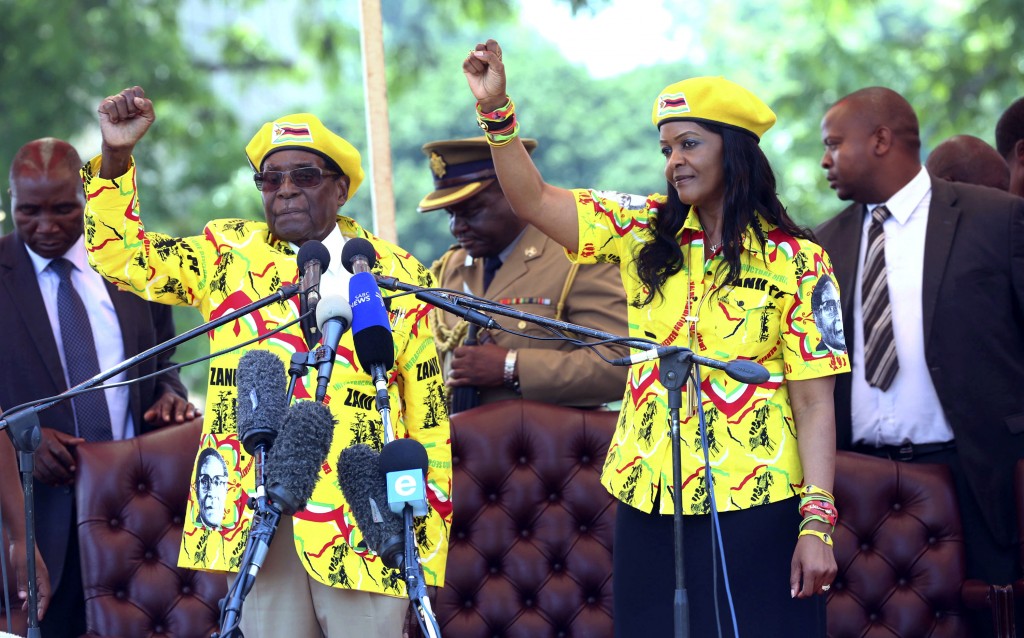 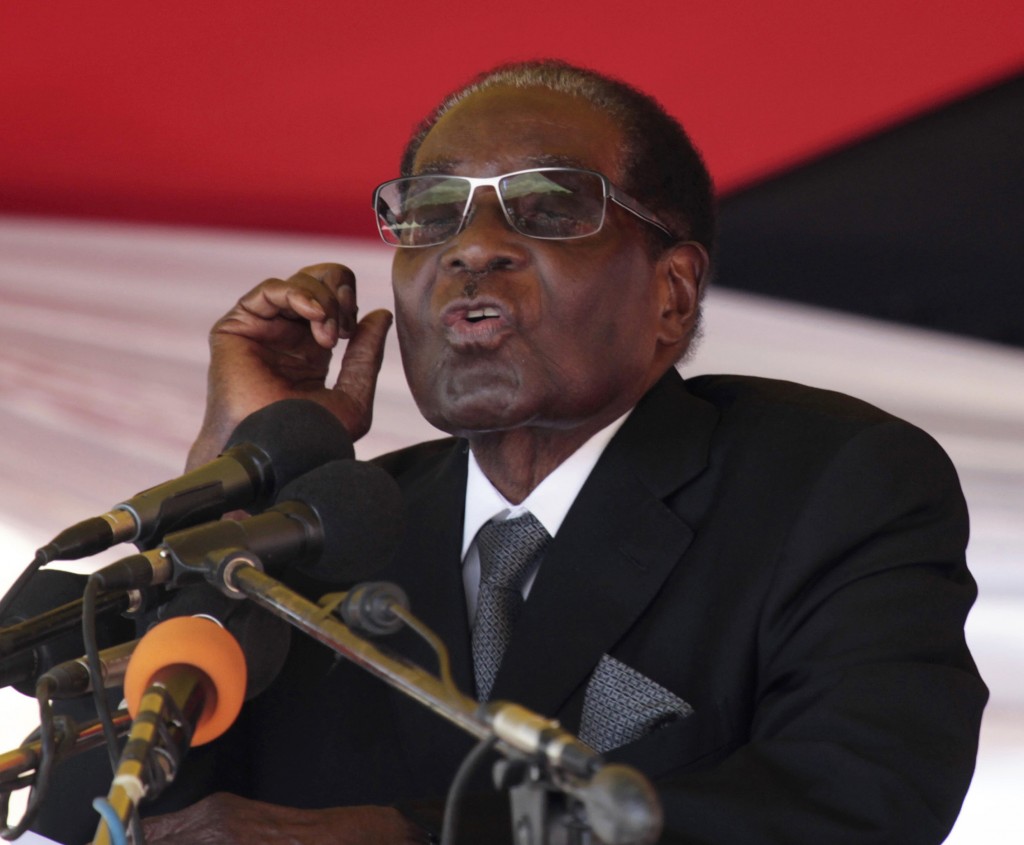 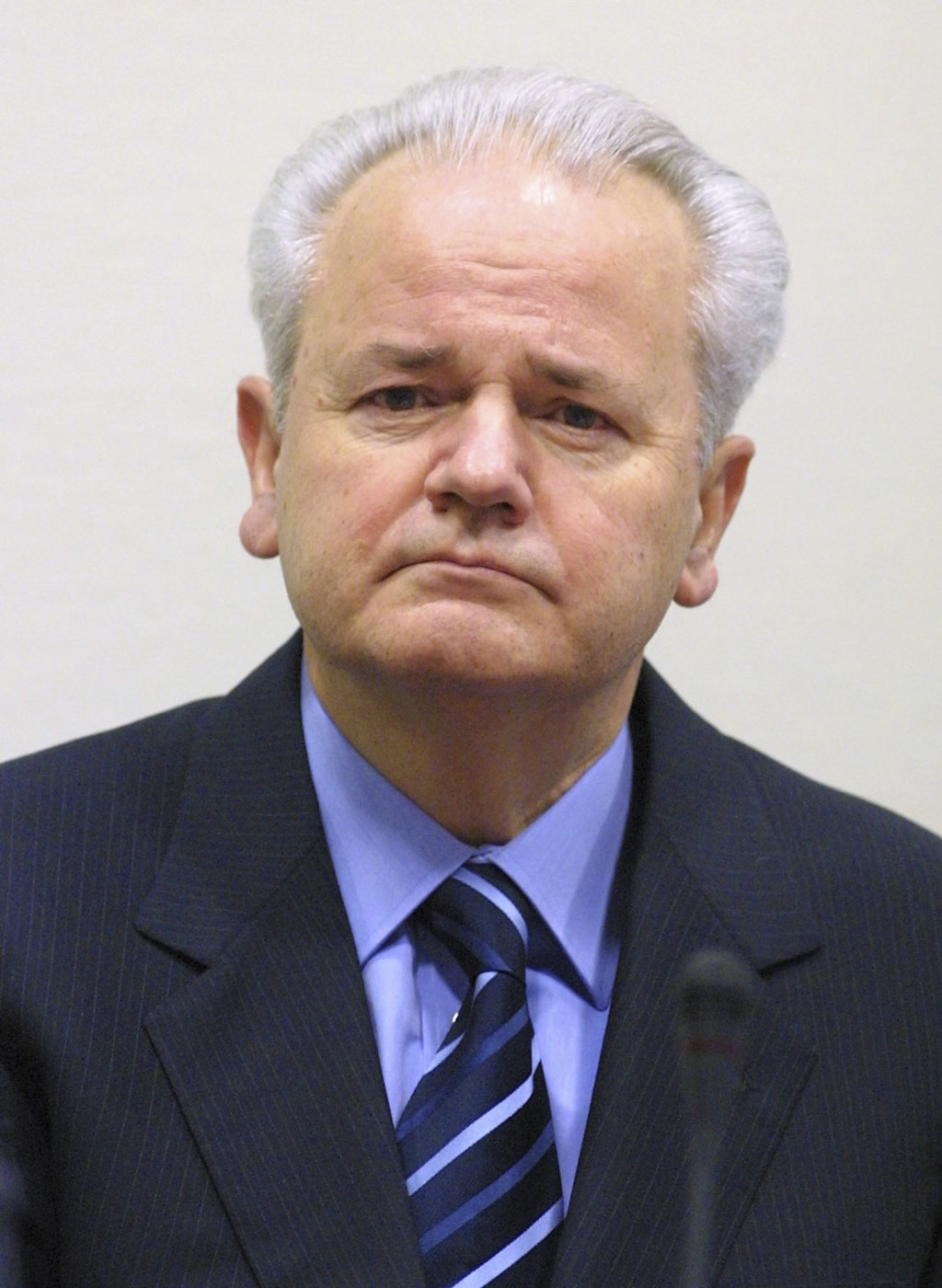 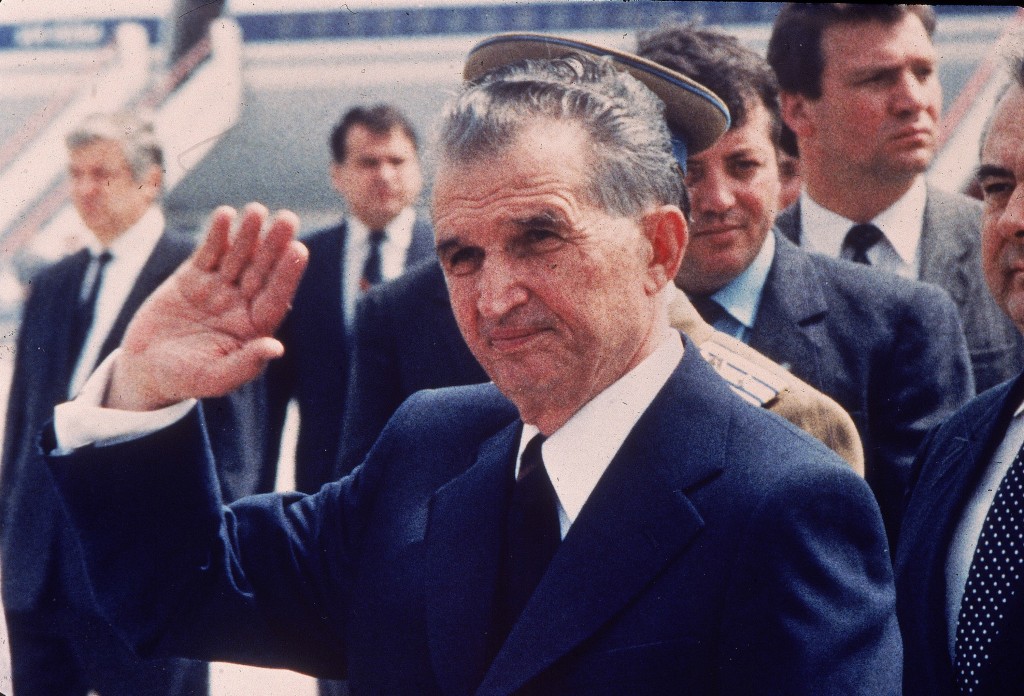 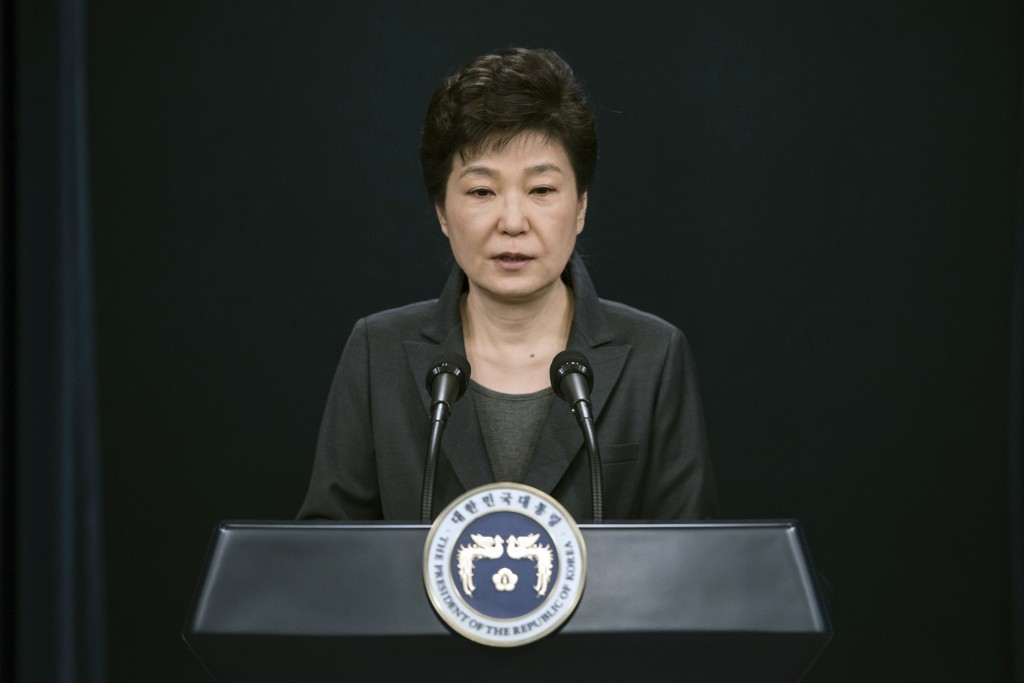 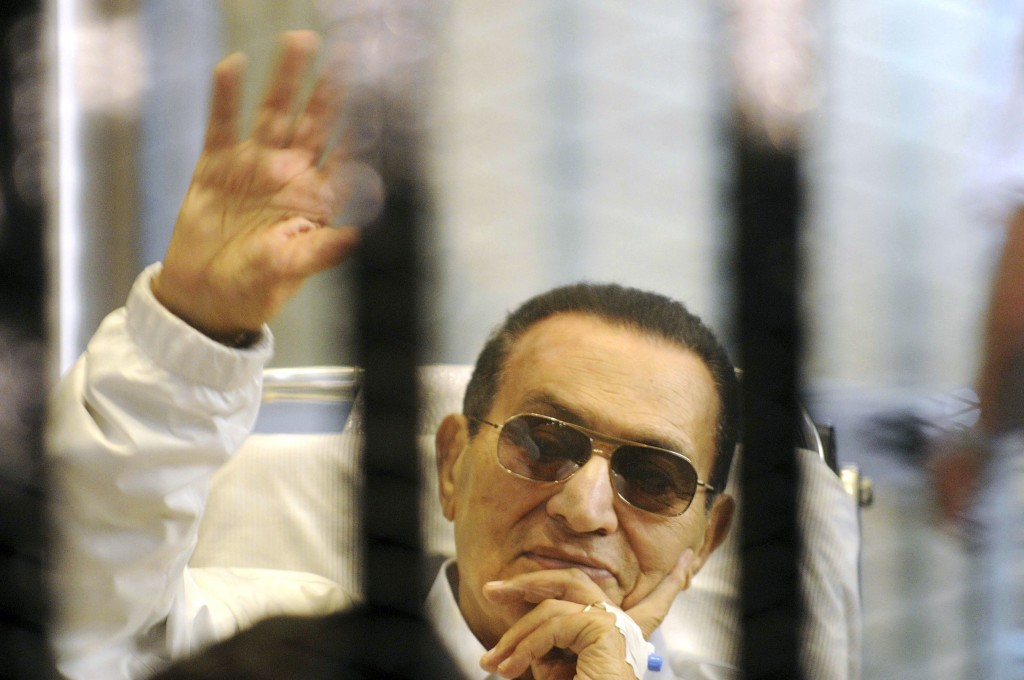 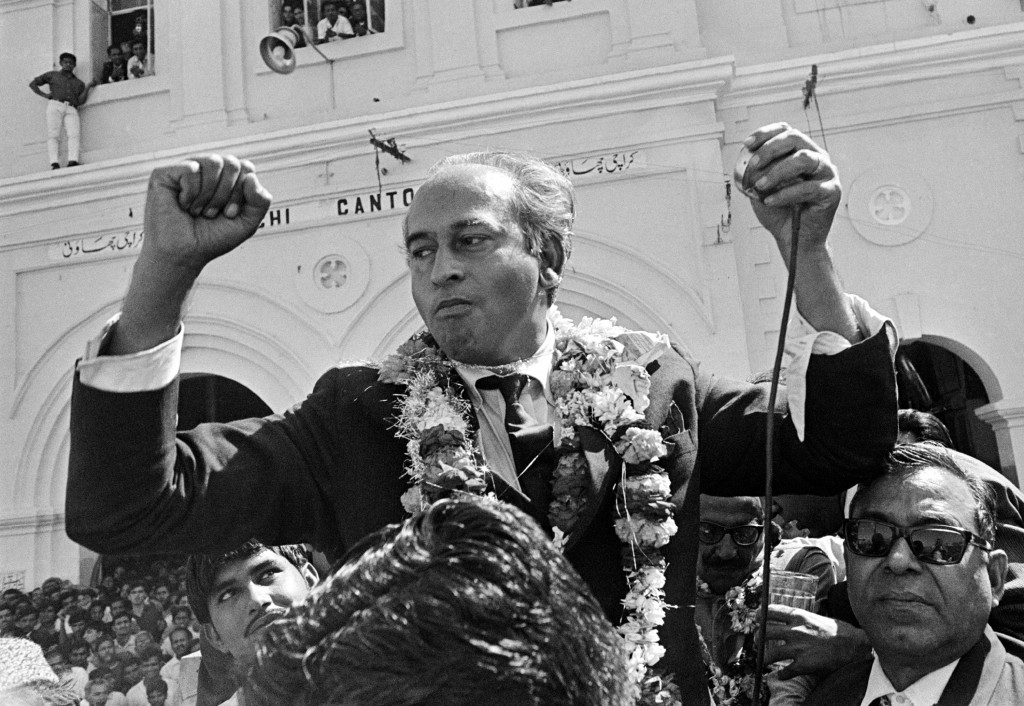 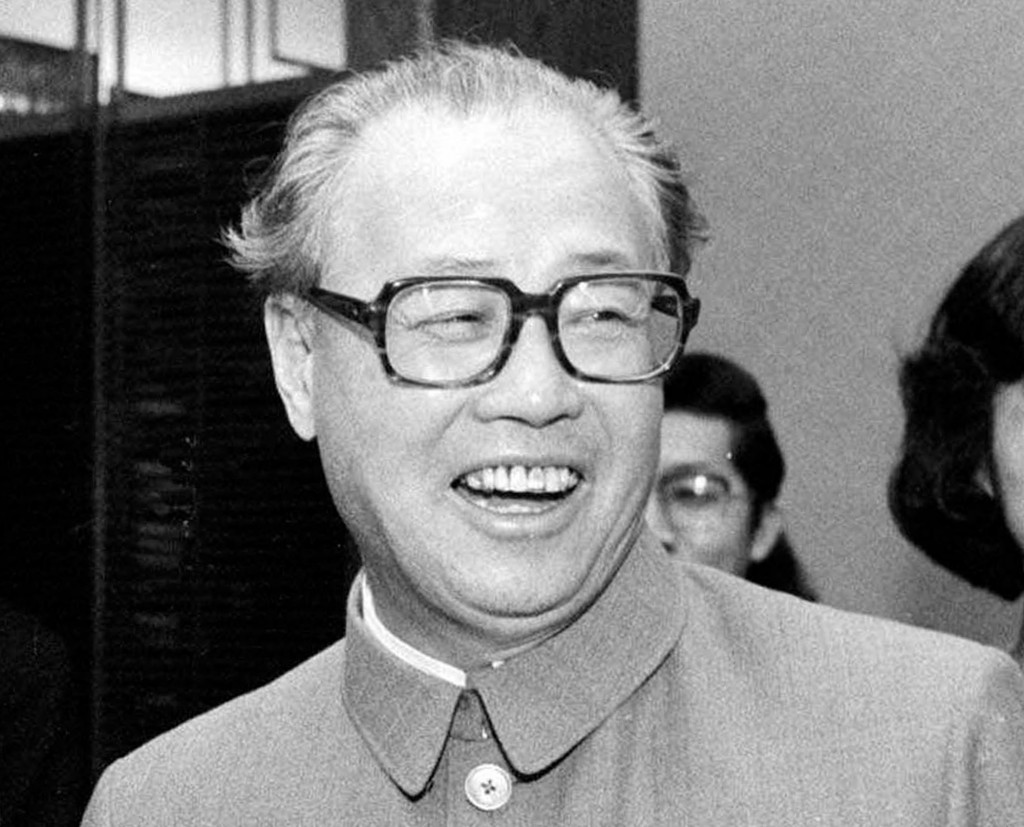 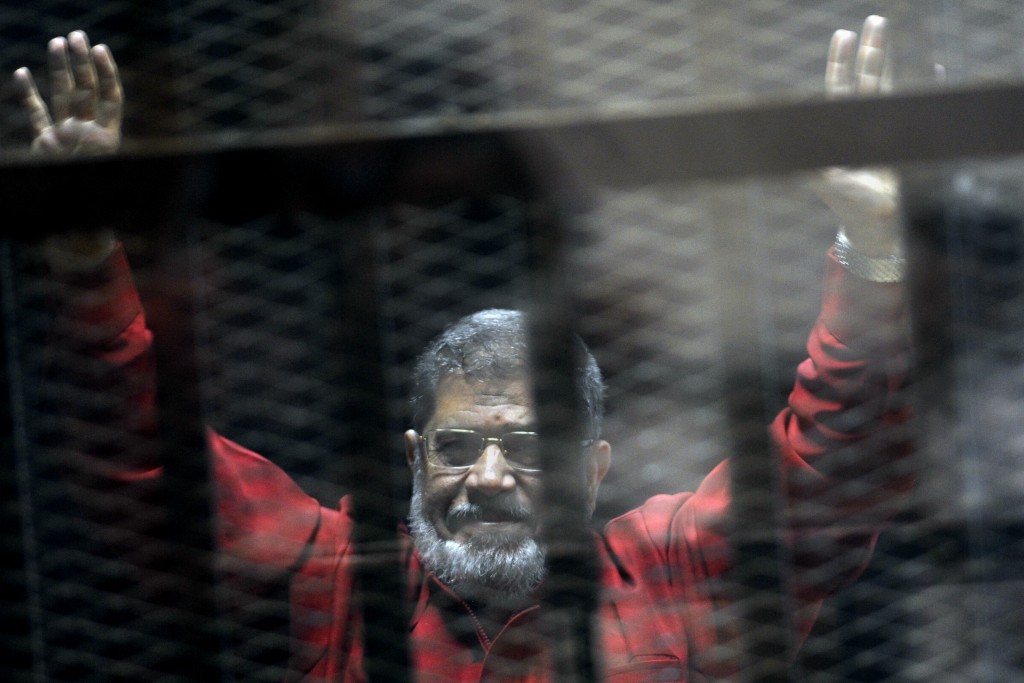 Zimbabwe's army has taken President Robert Mugabe and his wife into custody, triggering speculation of a military coup, though the military's supporters called it as a "bloodless correction." It wasn't clear exactly where the 93-year-old Mugabe and his wife were, but army Major Gen. Sibusiso Moyo said they were being held by the military.

Unlike the Mugabes, many foreign leaders in recent history have been ousted from power and detained as the result of interventions by foreign armies or other external circumstances. Those include Iraq's Saddam Hussein, who was captured by American forces in 2003, and Panama's Manuel Noriega, a onetime U.S. ally ousted by an American invasion in 1989. More recently, Lebanese leaders and citizens insist their prime minister Saad Hariri has been detained by Saudi Arabia in a regional power play.

The Mugabes, however, have joined the ranks of world leaders who were removed from power and taken into custody as a result of developments in their own countries.

Here's a look at some other cases of other world leaders who were detained as a result of internal national circumstances:

The former Serbian strongman was ousted from power by a pro-democracy movement and massive street protests in October 2000 in Belgrade after he refused to recognize an apparent electoral loss. The army and police had refused to crack down against the protesters despite his orders and some of the elite troops joined the street uprising. The protesters burst into national parliament and set it on fire. They also attacked the state-run TV headquarters, beating up some reporters and its director who were widely perceived as Milosevic's cronies. Milosevic recognized the electoral defeat only after the then Russian foreign minister, Igor Ivanov, came to Belgrade to persuade him to step down a few days after the riots. Milosevic, who was widely seen as the driving force behind the violent breakup of Yugoslavia, was arrested and jailed in April 2001 by the new Serbian authorities. In June 2001 he was handed to the U.N. war crimes court in The Netherlands, which charged him with masterminding Serb atrocities throughout the wars that tore apart the Balkans in the 1990s. The trial was repeatedly delayed by Milosevic's ill health and his propensity for grandstanding in court. He died of a heart attack in March 2006 in his prison cell in The Hague.

Romanian leader Nicolae Ceausescu, who held an iron grip on his people through the Securitate secret police, was toppled in 1989 as communism collapsed across Eastern Europe. The beginning of the end came with an uprising in the southwestern city of Timisoara on Dec. 15 that left dozens dead. On the morning of Dec. 22, Defense Minister Vasile Milea died from gunshot wounds and the military began to desert the regime. Ceausescu attempted to turn the tide in a speech, but the crowd rushed toward him and stormed the Communist Party headquarters. Security guards hustled the Ceausescus into a waiting helicopter that headed to the Ceausescus' summer palace and then to the southern city of Pitesti. The pilot falsely claimed the helicopter was at risk at being shot at and landed. The couple flagged down two rides; one driver faked engine trouble and dropped them off and the last one took them to an agricultural center in the town of Targoviste and told them they'd be safe. They were locked in an office and then arrested by soldiers. Defense Minister Victor Stanculescu was a key organizer of the couple's show trial on Christmas Day. Ceausescu called the proceedings a Soviet plot. They were found guilty of genocide and ruining the economy and sentenced to death. Images of their bullet-ridden bodies were broadcast around the world.

Former South Korean President Park Geun-hye has been in jail since March and on trial for corruption since May. She spoke out recently, claiming she was a victim of "political revenge," a likely reference to the millions whose weekly protests helped drive her from power. A small but growing number of Park's supporters — many in their 50s, 60s and 70s — regularly rally in front of the courthouse, calling her downfall unfair and demanding her release. Among the key charges are that she colluded with a longtime friend to take tens of millions of dollars from companies in bribes and extortion, and allowed the friend to pull political strings from the shadows. Park says she is innocent. She reportedly called her months of detention a "wretched and miserable time," and said she never abused her power or accepted illicit requests for favors while in office. Park is the daughter of a dictator who ruled the country in the 1960s and 70s before his 1979 assassination. She became South Korea's first female president in early 2013.

Hosni Mubarak, Egypt's president for 29 years, stepped down in February 2011 in the face of a popular uprising and was arrested two months later when the military junta ruling the country at the time came under mounting pressure to put him on trial. A career air force officer, Mubarak, now 89, faced trials on charges that ranged from ordering the deadly shooting of hundreds of protesters during the 18-day uprising against his rule to corruption. At the end, he was convicted of corruption for which time served in detention covered his sentence. He left for home in March this year, ending a nearly six-year legal saga which had not seen the disgraced leader spend a single day in a prison cell. He has spent that time either in a private hospital in the Red Sea resort of Sharm el-Sheikh — his favorite city — a state-of-the-art military hospital on Cairo's eastern outskirts or a Nile-side military hospital in a leafy Cairo suburb. A recent photo of the Mubarak on a golf buggy while holidaying in an exclusive sea resort in Egypt enraged activists, who alleged that his trial was politically manipulated and that the powerful military ensured that he, as one of their own, was comfortable in detention, not like the thousands of Islamists and secular pro-democracy activists in jail since a general-turned-president led the military's ouster of a freely elected president, the Islamist Mohammed Morsi.

Mohammed Morsi, Egypt's first freely elected president, was arrested by the military barely a year after taking office. Morsi, who hails from the now-outlawed Muslim Brotherhood, proved to a divisive president, prompting millions of Egyptians to take to the streets in June 2013 to demand that he steps down. At the end, it was the military that removed him on July 3 that year. After four months of detention at a secret location, Morsi made his first appearance in court, charged with the killing of protesters outside his presidential palace in December 2012. He later faced a series of trials on a wide range of charges, including espionage, conspiring with foreign groups against Egypt and breaking out of prison. He has had at least one death sentence overturned, but is now serving several lengthy prison sentences.

In Pakistan, the all-powerful military has ruled the country for half of its 70-year history and no prime minister has ever completed their five-year term in office. The country's most charismatic and popular leader, Prime Minister Zulfikar Ali Bhutto, who served from 1973 to 1977, was overthrown by the military and ultimately executed. Bhutto's left leaning Pakistan People's Party won a majority in Pakistan's 1970 general election but a war with neighbor India in 1971 and a civil war that led to the creation of Bangladesh from what had been East Pakistan resulted in elections being nullified and Bhutto taking power as martial law administrator. He brought in a new constitution in 1973 that made the presidency largely ceremonial and was sworn in as prime minister, the most powerful civilian post in the new constitution. Bhutto ordered new elections in 1977 and his party won by a large majority, but the opposition charged him with electoral fraud. The army chief at the time Gen. Zia-ul Haq mobilized Pakistan's religious right parties to agitate against Bhutto and eventually used the ensuing chaos to take over and impose martial law and bring in rigid Islamic laws. Bhutto was imprisoned. He was sentenced to death on March 18, 1978 on the charge of having ordered the assassination of a political opponent. After an appeal to a higher court, he was hanged.

Bhutto's daughter, Benazir Bhutto, had struggled against the Zia-ul-Haq regime. She faced long spells of detention, went into exile and returned in 1986 to a mammoth reception in Lahore. Zia-ul Haq died in a military plane crash in August 1988 and Bhutto was elected Pakistan's first woman prime minister. Her government was dismissed, however, by army backed President Ghulam Ishaq Khan in 1990 on corruption charges. The same president dismissed Prime Minister Nawaz Sharif's government in 1993 on corruption charges. Sharif was later ousted in a military coup in 1999 by Army chief at the time Gen. Pervez Musharraf who charged him with treason and eventually sent him into exile in Saudi Arabia for 10 years.

China's Premier Zhao Ziyang, a leading reformer, was purged by China's ruling Communist Party in 1989 at the height of the student-led democracy movement that saw massive protests centered on Tiananmen Square in Beijing. Zhao had gone to the square on May 19 and tearfully appealed to student hunger strikers to go home, saying "I came too late." Zhao disappeared the next day after the government declared martial law. Zhao was stripped of power shortly after the June 3-4 military crackdown on protesters — though his fate only became known more than a month later. Zhao was purged for supporting the demonstrations though the conservatives who drove him from power blamed his policies for causing inflation, a widened income gap, corruption and other problems. He was placed under house arrest and was occasionally spotted playing golf in the suburbs and touring the provinces, though state media never reported on him. He remained under house arrest until his death in 2005.