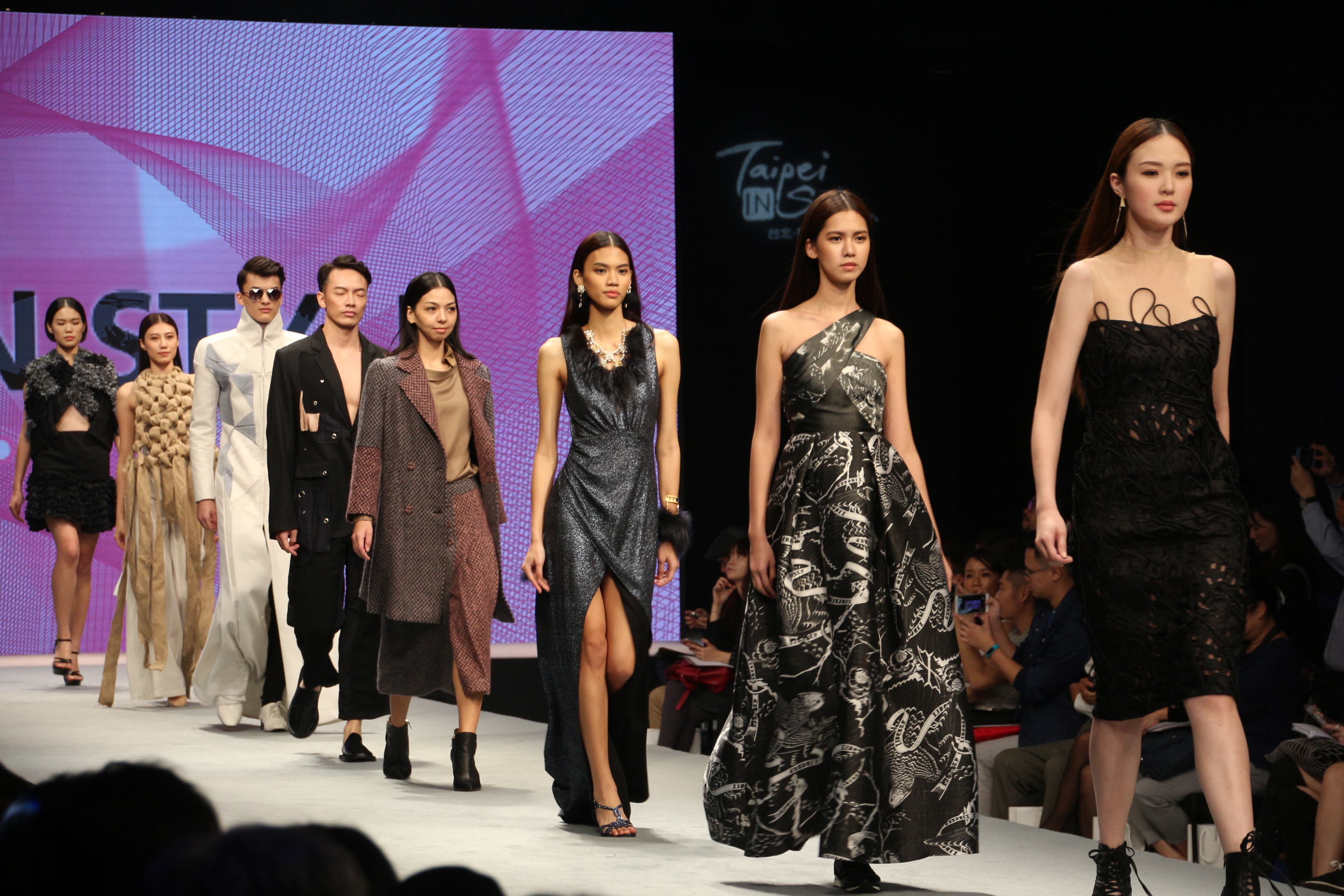 Today's opening ceremony was hosted by the Taiwan Textile Federation. The Federation Secretary-general, Huang Wei-chi (黃偉基) opened the ceremony with an inspiring reminder, that

Taipei IN Style is designed to give Taiwanese designers exposure, to further enhance the image of Taiwan and Asia, while enriching the regional and global market.

The TIS event is punctuated with Taiwanese designers and their creative philosophies, as well as pieces from Japanese, Hong-Kong, Korean, and other designers of varying nationalities. A total of 145 brands and 208 booths will be present. This year's TIS is partnering with Redress, a Hong Kong-based fashion environmentalist NGO, for a special project. They will collect discarded fabric from textile manufacturers, work to reconfigure the materials as well as the sewing machines so as to breathe new life into the fabrics and the future.

The theme of this year's show, a sustainable fashion future, was recognizable in each of the looks, each simultaneously futuristic and emanating eco-awareness. Garments of royal-colored furs mixed with bright plaids and oh-so-many textures valiantly stood out as the models walked. Upbeat sounds, like a waterfall over a riverbed of plastic, accompanied the models down the catwalk. TIS will take over Songshan beginning tomorrow for the next four days. The Thursday and Friday shows are aimed at buyers and press. The Saturday and Sunday shows are free and open to the public. Throughout the event visitors can peruse trunk shows or attend one of the four seminars offered.

Some spectacular moments to watch out for include the Asia Fashion Collection, Fashion Hong Kong, a collaboration between 10 Hong Kong designers, the Asia Remix 2017 sponsored by the International Fur Federation, and Totem, a look at Taiwan indigenous costumes.