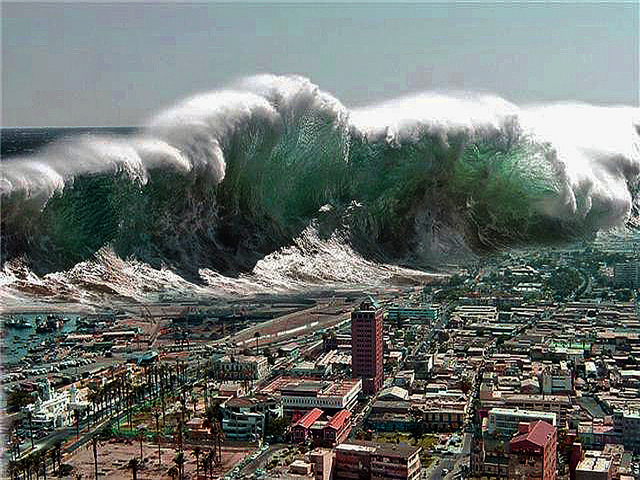 TAIPEI (Taiwan News) -- The Central Weather Bureau (CWB) announced yesterday that it is adding a "Tsunami Warning" to its Public Warning System (PWS) to advise people of possible tsunamis and appropriate contingency measures in the event of a large earthquake, either from far away or offshore.

The CWB stated that because Taiwan is located on a major tectonic plate collision zone, it is not only prone to major earthquakes, but as it is an island nation, it has vast coastal areas vulnerable to tsunamis caused by quakes off the coast and in remote areas of the Pacific Rim. Therefore, to strengthen early warning and disaster prevention, the "Tsunami Warning" PWS has been implemented.

The CWB explained that there are two scenarios in which the tsunami alert could be sent out. First, if a magnitude 7.0 or higher earthquake strikes at a depth of less than 35 kilometers and occurred offshore from Taiwan in waters within a latitude of 20-27 degrees north and a longitude of 118-124 degrees east. Second, if a distant earthquake triggers a tsunami and the Pacific Tsunami Warning Center (PTWC) predicts that it could strike Taiwan within three hours, the PWS will also send out an alert to all towns across the country to remind local people to immediately take appropriate contingency measures.

A few seconds after the tsunami warning is issued, those with 4G handsets in the alert area will receive a message starting with "Tsunami Warning" (海嘯警報), announcing whether it is was an offshore or more distant earthquake, its size, when the anticipated tsunami could reach the coast, and the approximate wave height. The warning, along with more detailed information will also be displayed on the CWB website: http://www.cwb.gov.tw.

In an interview with CNA, Lin Tzu-wei (林祖慰), section chief with the CWB's Seismology Center, said that "The messages will be sent within 10-15 minutes in the case of an offshore earthquake and warn people to avoid coastal areas and go to higher places." Lin said the determination on whether to issue an alert for distant quakes will depend on whether the PTWC issues a warning and how quickly experts can assess if the tsunami will affect Taiwan.

After the PTWC has ended its tsunami warning or the tsunami threat has subsided based on tidal data by the CWB, the bureau will issue a "Tsunami All Clear" (解除海嘯警報) message.

The tsunami warning is being added to the already existing earthquake, thunderstorm and typhoon alerts. For now, the loud beeping sound heard with earthquake alerts will not accompany the tsunami warnings, but are only currently going to be issued for magnitude-5 earthquakes or larger that have an intensity level of 3 or higher in Taipei, according to Lin.