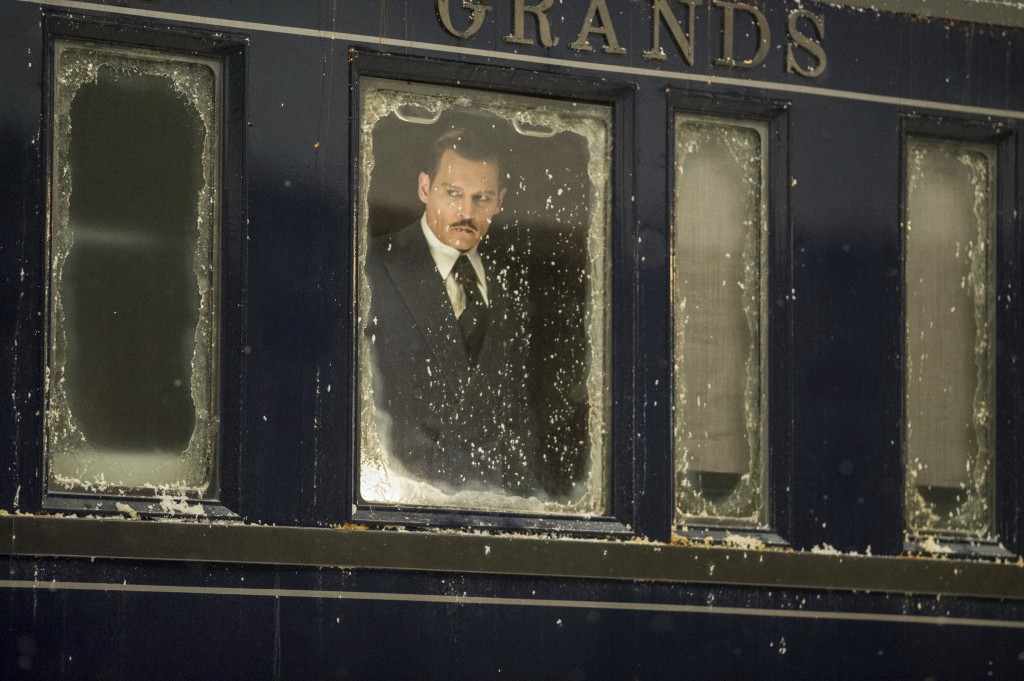 LOS ANGELES (AP) — The God of Thunder isn't ready to relinquish his box office throne yet.

The film, from Disney and Marvel and directed by Taika Waititi, out-grossed each of its two predecessors domestically in just two weeks, not accounting for inflation.

It easily beat out the comedy sequel "Daddy's Home 2" and the lavish Agatha Christie adaptation "Murder on the Orient Express," even as both posted solid openings.

Paramount scored again with "Daddy's Home 2," which adds John Lithgow and Mel Gibson to the Will Ferrell and Mark Wahlberg formula. The film, which cost a reported $69 million to produce, took second place at the box office with $30 million. The first film from 2015 grossed $242.8 million worldwide on a similar budget.

Critics were not won over by the comedy, but audiences seemed pleased, giving the film an A- on CinemaScore.

The star-studded "Murder on the Orient Express," meanwhile, screeched into third place with an estimated $28.2 million against a $55 million budget. Kenneth Branagh directs himself in the film, which also stars Michelle Pfeiffer, Johnny Depp, Daisy Ridley and Judi Dench.

Audiences were mostly female (56 percent), and Caucasian (65 percent), but somewhat evenly split in terms of age (51 percent were over 35).

"It gives me an incredible injection of optimism for the future of our business. This is sumptuous, throwback Hollywood filmmaking, and audiences responded to it," said Chris Aronson, president of domestic distribution for Twentieth Century Fox.

The studio expects the film to play well through the Thanksgiving holiday, appealing to audiences who are not rushing out to see the latest comic book adventure. Next week, DC and Warner Bros.' superhero ensemble pic "Justice League" opens.

"I don't think our audiences will overlap a lot," Aronson added.

"A Bad Moms Christmas" took fourth with $11.5 million in its second weekend, and "Jigsaw" rounded out the top five with $3.4 million.

Still, the overall box office continues to lag, down 5 percent for the year.

"We're still down from the same weekend a year ago about 7 percent. Despite 'Thor' and these newcomers, a lot of these films aren't creating a lot of excitement," said comScore senior media analyst Paul Dergarabedian. "It's going to take this combination of 'Justice League' and 'The Last Jedi' and everything in between to try to dig us out of this deficit."

Estimated ticket sales for Friday through Sunday at international theaters (excluding the U.S. and Canada), according to comScore: