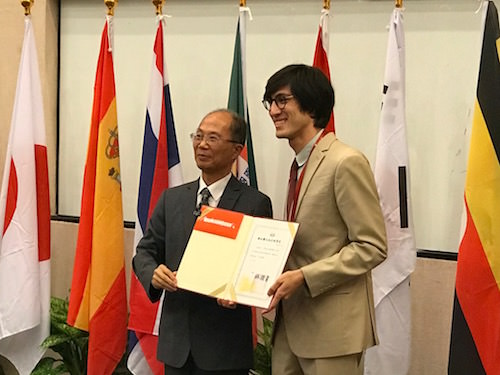 Taipei, Nov. 3 -- A Ph.D. student from the United States on Friday won the top prize in a Mandarin speech contest in Taipei that saw foreigners use Mandarin to describe their experiences in Taiwan or tell other personal stories.

Samuel Galler, one of the 77 contestants and a Ph.D. student at Oxford University, grabbed the first prize with a fluent speech about his fanciful interaction with his plants -- which he bought at the Jianguo Flower Market in Taipei -- and what he learned from that experience.

Choosing "The Revelation of Nature" as the theme of his speech, Galler cited lines from Chinese poetry and even sang the classic Chinese song "Green Island Serenade" in his presentation.

Galler, who graduated from Harvard University with a master's degree in East Asian Studies, told CNA that he never thought he would study Chinese, until he traveled to China on an exchange program in 2008.

After the trip, he became very interested in learning Chinese and traveled frequently to China for research during his Ph.D. years, said Galler, who is currently studying poetry and classical Chinese at National Taiwan University.

"I'm really excited to be here. I love the lessons that we can learn from these old texts, and trying to think about how they might apply to our modern lives," said the 28-year-old, who received NT$10,000 (US$331) in prize money for his win on Friday.

The contest was organized by the National Dr. Sun Yat-sen Memorial Hall to promote Chinese-language learning, Taiwan's culture, and the thoughts and ideas of Sun, the founding father of the Republic of China, which is now the formal name used by Taiwan.

The contestants from around the world combined fluent Mandarin-speaking, lively body language and a sense of humor in their speeches. Some sang and one contestant even brought a bike on stage to add color to the speech.

The 22-year-old Korea University student, who is currently studying Chinese in Taiwan on a scholarship program, said he practiced his speech for several hours a day for a whole month.

Choi said he began learning Mandarin Chinese at a young age and he likes Chinese because it has many varieties, such as Hakka Chinese and Hokkien, and each have their own characteristics and history.

Chinese is a very important language for South Koreans to learn because it is one of the official languages of the United Nations and China is a great economic power, Choi said, suggesting that he might use his Chinese language skills in the field of foreign affairs in the future.

Andrew Phillip Duncan, a 19-year-old American student who won third place, said he started to learn Chinese in high school because his best friend's parents were Chinese and he wanted to communicate with them.

"I'm very happy with the prize I received and the work I put into it," said Duncan, who chose "Confidence and Humility" as the theme of his speech and received NT$6,000 for his third-place finish.

He encouraged people who are just beginning to learn Chinese to not give up.

"I was horrible at Chinese for about three years. And then in the last year and a half, I decided I wanted to put my best foot forward," he said.

To improve his Chinese, Duncan said he listened only to Chinese music and watched only Chinese dramas for a while and that greatly helped him.

Li Chen-ching (李振清), a professor and one of the judges, called this year's presentations "the best ever" and said the judges were looking for speeches that "touched people's hearts."

He said the speeches showed the contestant's global perspectives and mindsets.

"Taiwanese people should learn from these contestants," Li said. 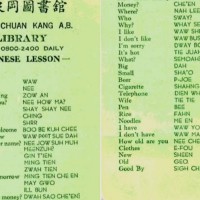 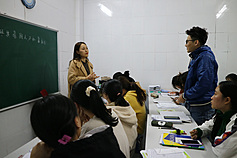 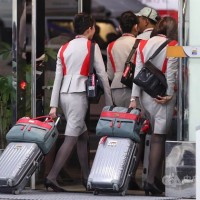 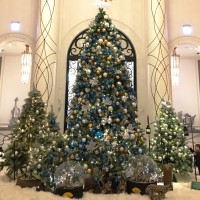