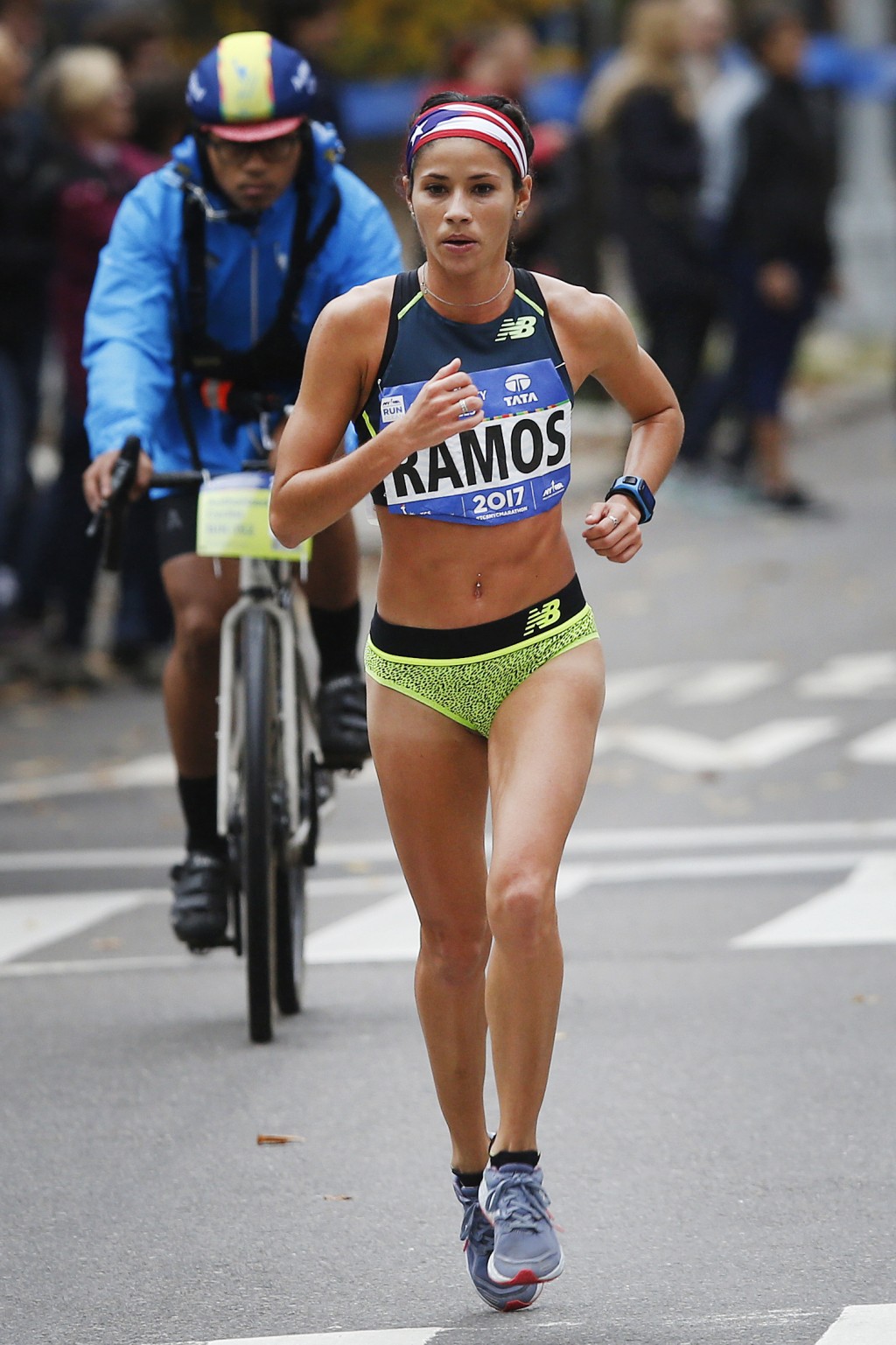 NEW YORK (AP) — Beverly Ramos wore a headband with the colors of the Puerto Rican flag and soaked in the cheers along the route of the New York City Marathon.

The two-time Olympian stayed in Puerto Rico to train despite two devastating hurricanes within a month. Her home of Trujillo Alto, near San Juan, was without electricity and running water after Hurricane Maria landed on Sept. 20.

She got a particularly hearty welcome in the Bronx, home to many Puerto Ricans. Some even ran alongside her and offered encouragement. The 30-year-old Ramos finished 24th on Sunday in 2 hours, 46 minutes, 45 seconds.

"A lot of people came out with their flags and started waving them at me," Ramos said. "I tried to engage more with the running spirit, the atmosphere and the energy."

Ramos said she had offers from New York Road Runners, her shoe company and her coach at West Point to travel to the U.S. to train. But she stayed to give support to the people, her family and two sisters.

"The offer was out there and they were so kind," she said, "but I thought I just couldn't run away from what's going on. It's important to cope with the crisis."

She dealt with sickness, lack of sleep and limited food options. Ramos says the 26.2 miles seemed less daunting after enduring the aftermath of Maria and Hurricane Irma.

"It's not easy, everything you want, you have to adjust your agenda," she said. "That's for me as an elite runner. But for the people at home, they are not even thinking about sports or TV; they're worried about keeping their jobs and being able to provide their families with basic supplies."

Ramos, an All-American in track at Kansas State, competed in the steeplechase at the 2012 London Olympics and finished 69th in the marathon in the Rio Games.

She shared photos of her training, writing "Puerto Rico rises" in her Twitter posts. She ran in 30-degree cooler weather in New York after sweltering 80-degree days in Puerto Rico.

She arrived Tuesday for her second NYC marathon, having finished 15th in 2015. Ramos says the island is still "in the recovery phase" and "the reality is we don't have enough, but we are in a better situation than six weeks ago."

Cleveland baseball player Francisco Lindor and singers Jennifer Lopez and Marc Anthony are among those she mentioned who have been providing assistance and drawing worldwide attention.

"We're getting more and more help from volunteers, private companies and pro athletes sending airplanes," she said. "It's touching the hearts."