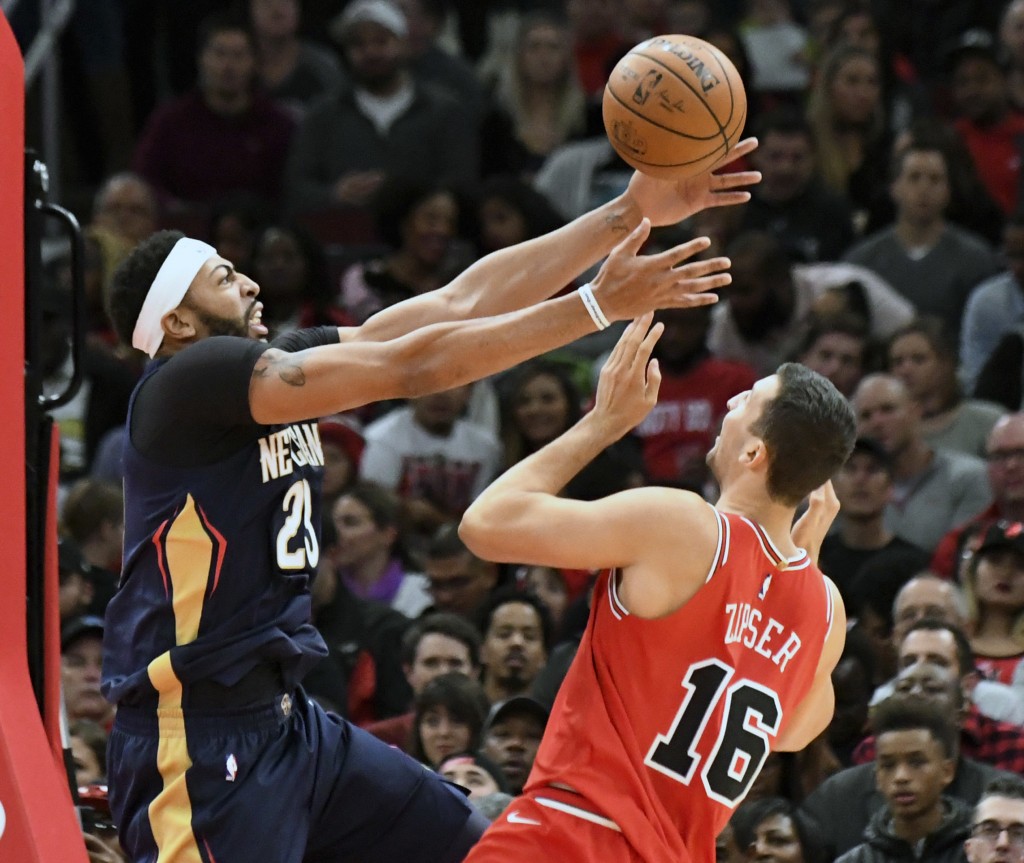 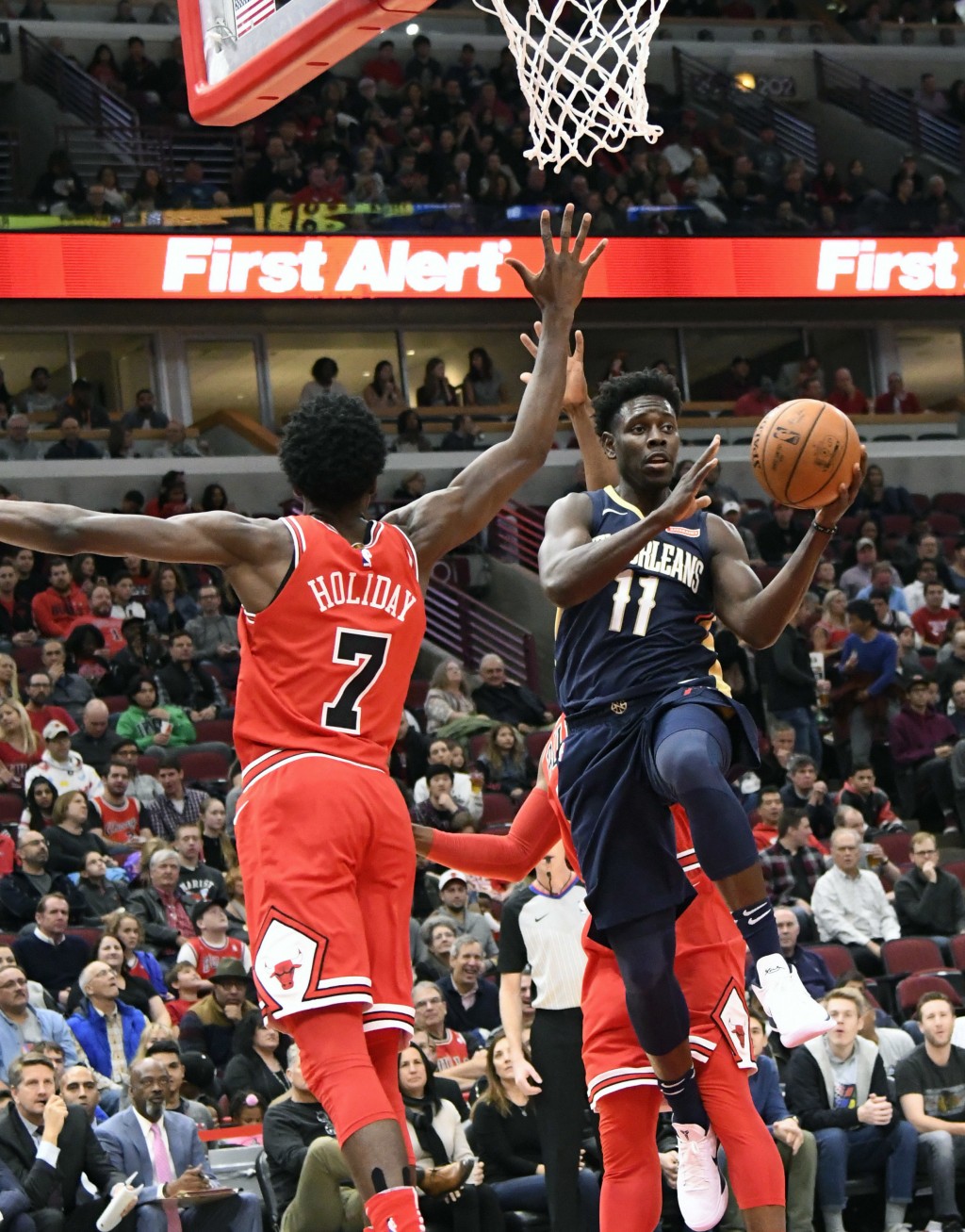 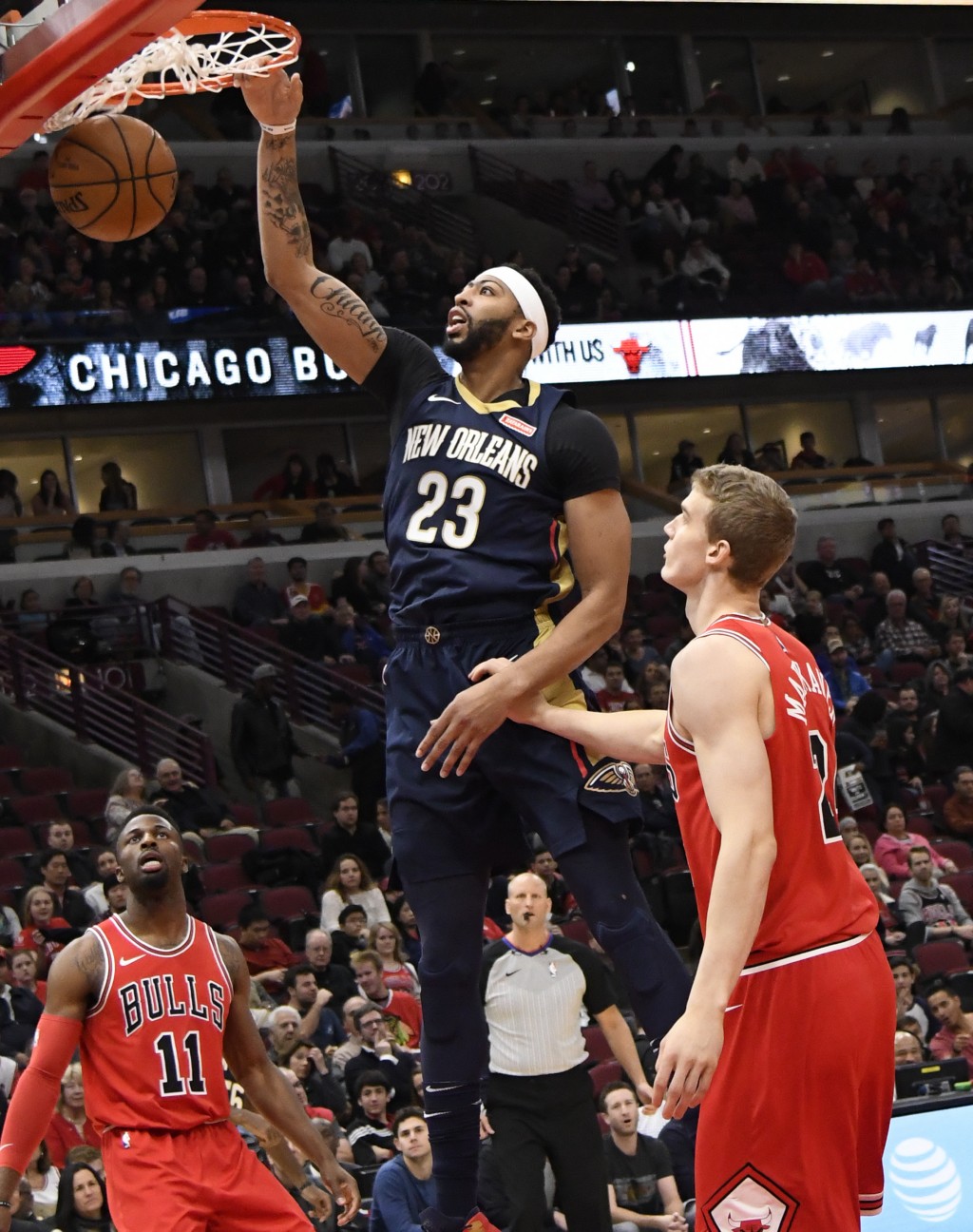 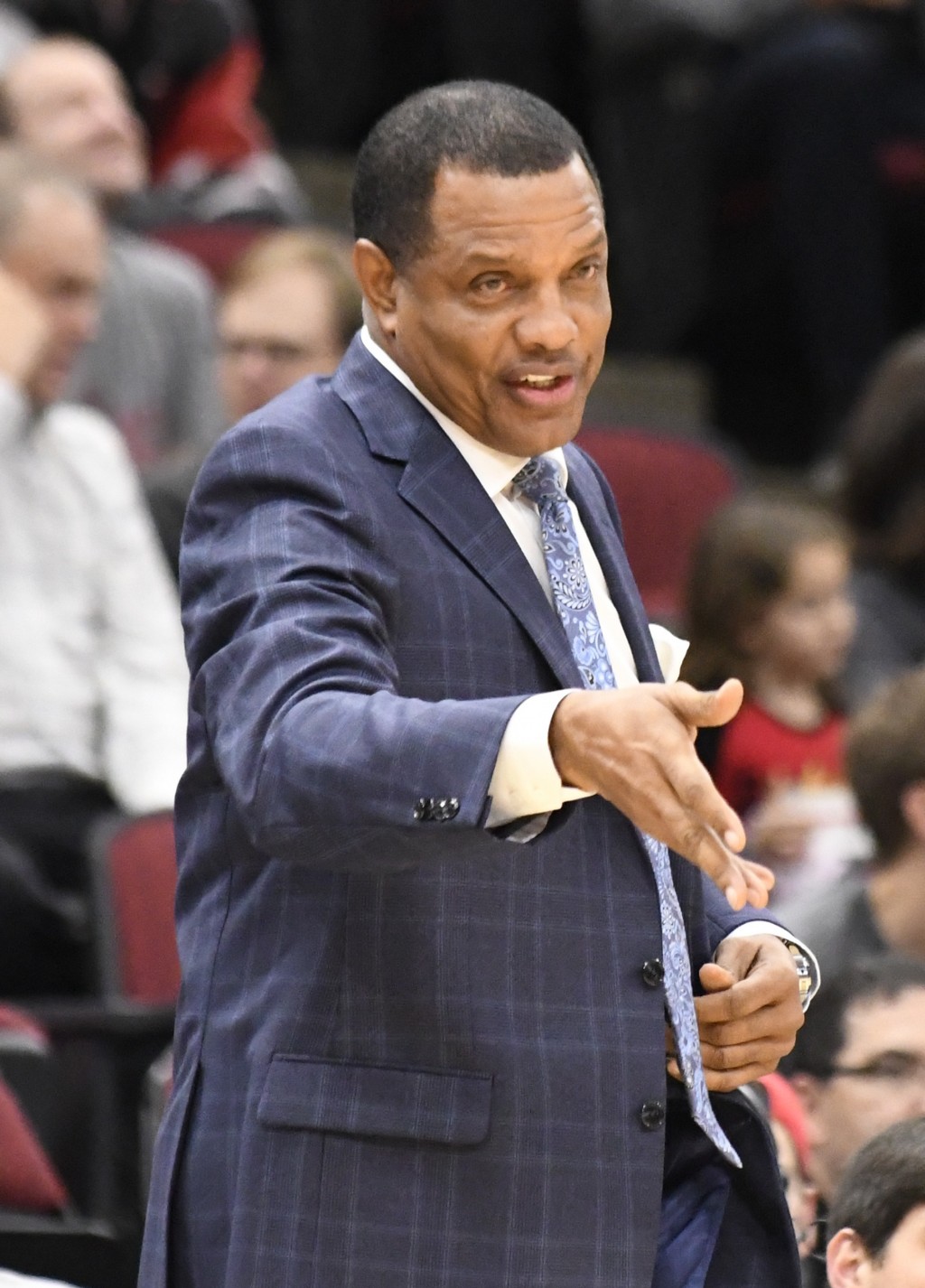 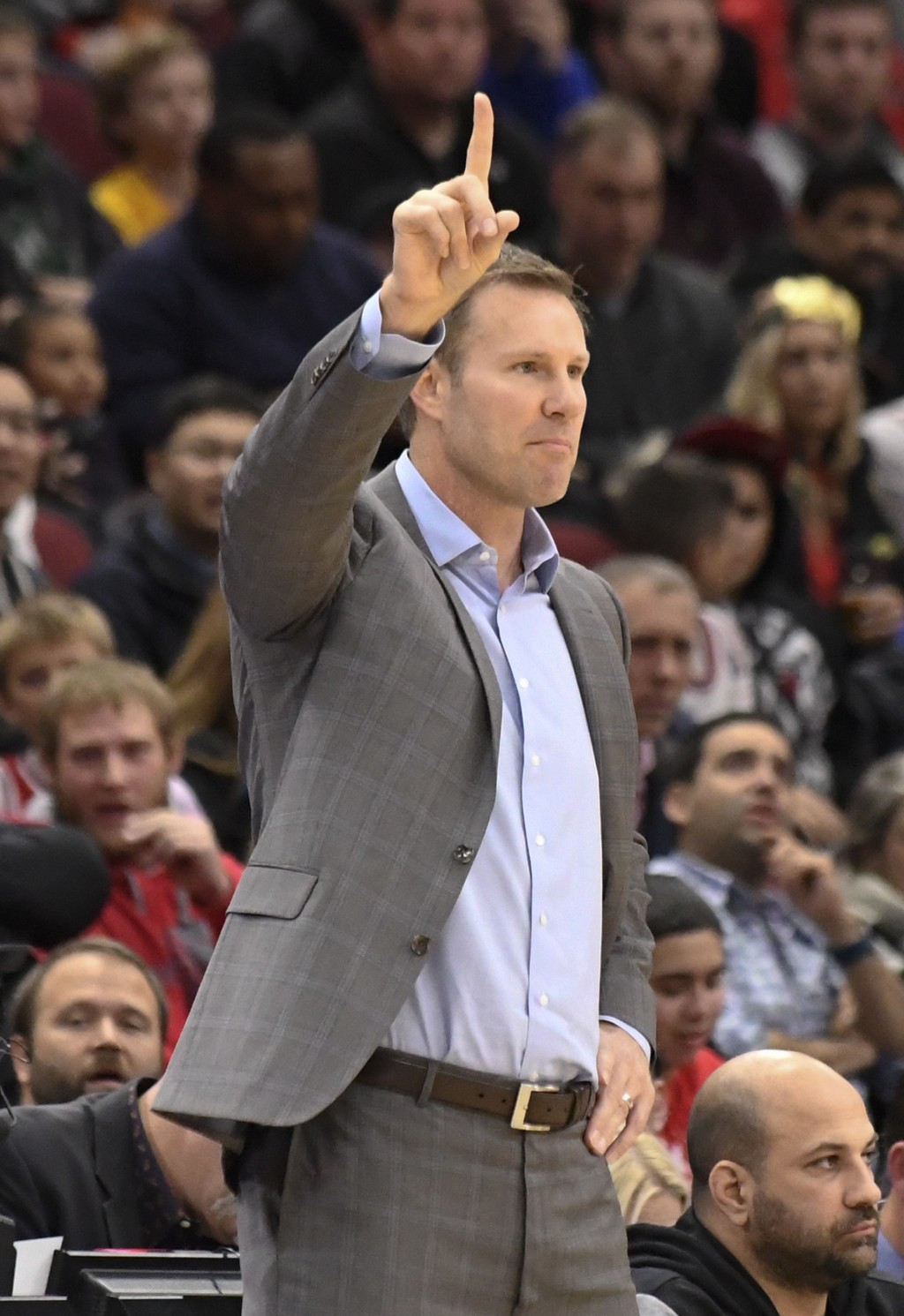 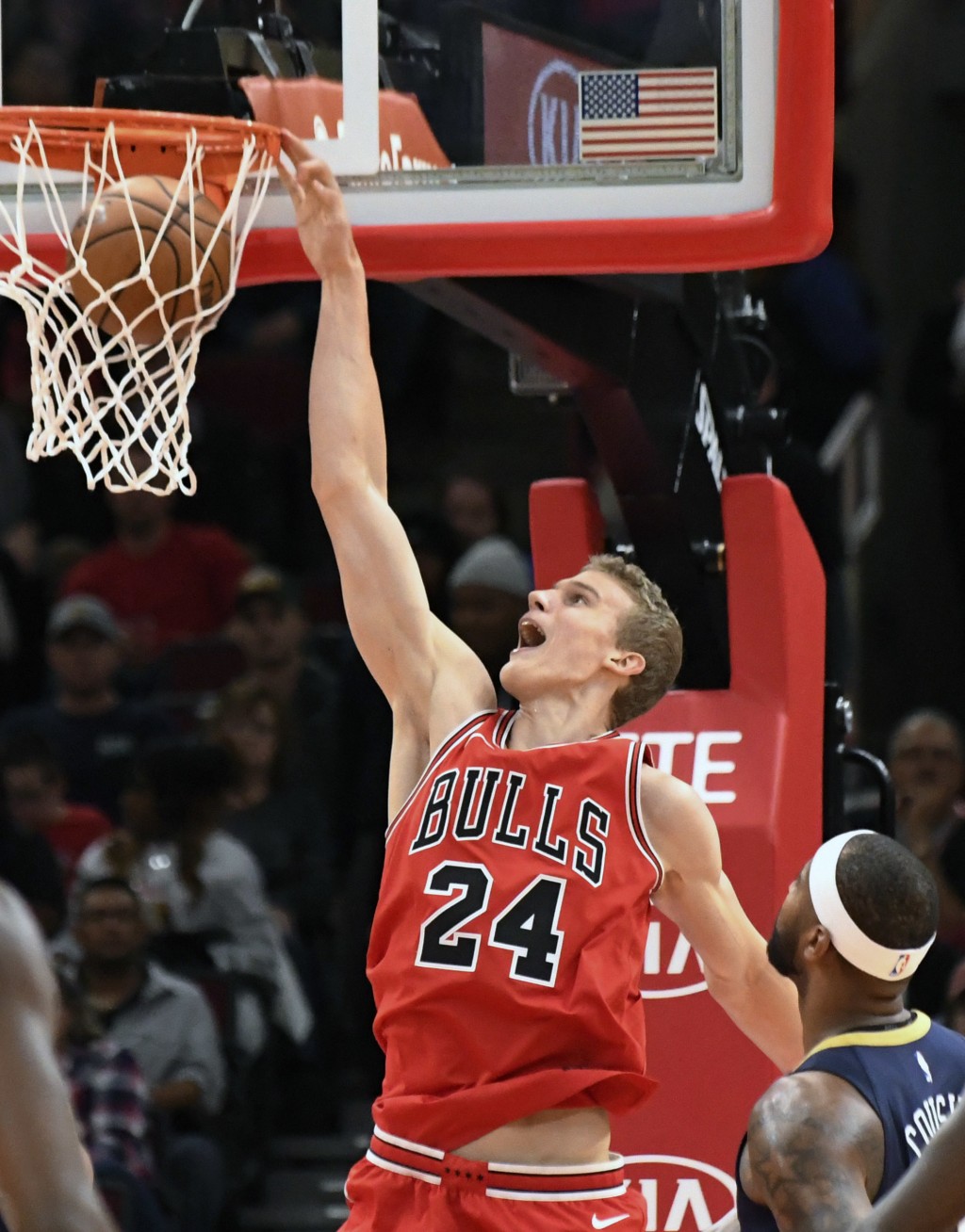 CHICAGO (AP) — Anthony Davis had 27 points and 16 rebounds to lead the New Orleans Pelicans to a 96-90 overtime victory over the Chicago Bulls on Saturday night.

DeMarcus Cousins added 25 points and 11 rebounds — 18 and seven after halftime — to help the Pelicans snap a six-game, regular-season losing streak to the Bulls.

Jameer Nelson added 13 points, Darius Miller had 11, and Jrue Holiday 10 for New Orleans. The Pelicans improved to 4-2 on the road.

Justin Holiday had 18 points, Denzel Valentine added 16 and Lauri Markkanen and Robin Lopez had 14 apiece for the Bulls. They were coming off their first road victory.

Both teams looked sluggish completing their first back-to-backs of the season. The Bulls shot 35.4 percent from the field to the Pelicans' 40.2 percent.

Davis rebounded Lopez's putback attempt with 9.7 seconds remaining in regulation. Holiday missed at the other end with 3.3 to go before Cousins blocked Lopez to send the game to overtime.

Justin Holiday scored 10 points in the third quarter for the Bulls, who led by as much as nine and 64-57 after the period.

The Pelicans shot 40.5 percent from the field to the Bulls' 32.6 percent in the first half of a tied game. Davis led New Orleans with 14, and Lopez had nine for Chicago.

Cousins had just seven points and four rebounds at halftime after averaging 29 points and 14 rebounds per game and posting two 20-point, 20-rebound games in his previous five contests.

Mirotic suffered broken bones in his face and a concussion and is expected to miss four to six weeks. He has been working out, but has yet to get on the court, Hoiberg said. "The important thing is he's making progress and is in good spirits," Hoiberg said.

Pelicans: New Orleans split two preseason games against the Bulls. ... The Pelicans improved to 3-2 on the road with Friday's 99-94 victory at Dallas. New Orleans had not been above .500 on the road after more than one game since 2010-11. ... Cousins and Davis are the only teammates among the league's top five scorers.

Bulls: G David Nwaba exited with a right ankle sprain with 5:17 remaining in the third quarter. He had seven points and four rebounds. ... Brothers Jrue Holiday (New Orleans) and Justin Holiday (Chicago) both started. ... Markkanen is one of nine NBA players since 1983 to have at least 115 points and 65 rebounds in his first seven career games.

Pelicans: At Indiana on Tuesday night.

Bulls: At Toronto on Tuesday night.