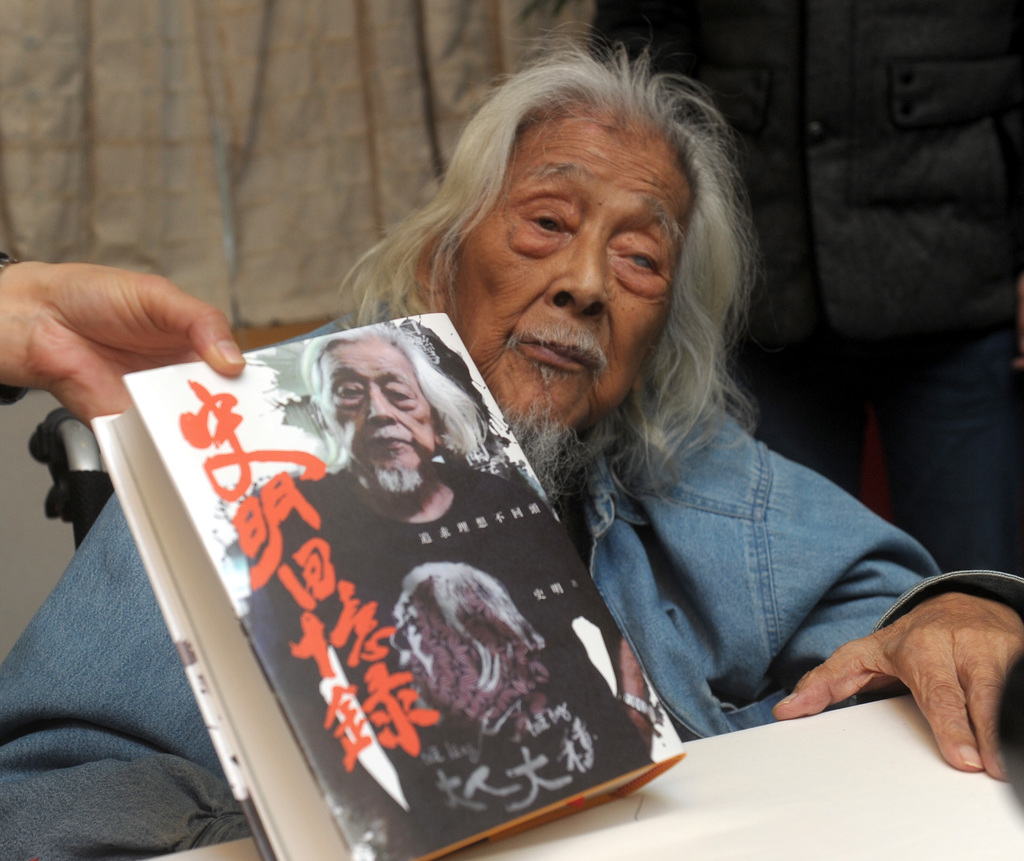 TAIPEI (Taiwan News) -- The 100th birthday party for the famous Taiwanese independence activist and former dissident Su Beng (史明) is to be celebrated on Sunday (Nov. 5) on Ketagalan Boulevard, announced the Su Beng Education Foundation at a press conference held on Oct. 12.

During the press conference, Taiwan Society President Liao I-en (廖宜恩) expressed his hope that the event would not only help young people learn about the life of Su Beng, but also help them understand why they should learn from his spirit, and continue to pursue independence for Taiwan.

Su Beng, who also attended the press conference, affirmed that Taiwan is closer to democracy and freedom than before, however it is still very far from independence. He expressed hope that Taiwan President Tsai Ing-wen (蔡英文) can run for re-election and win a second term, thereby accelerating the implementation of reform in Taiwan, reported Apple Daily.

Though Su Beng was born on November 9, 1918, which will make him 99 years old based on the Western convention, according to the Chinese method of age reckoning he will be 100 years old.

To celebrate his birthday, activities will be held on Ketagalan Boulevard on Nov. 5, including concerts, plays, and traditional puppet shows. Su Beng Education Foundation President Huang Min-hung (黃敏紅) said to celebrate his birthday there will be limited edition silver medals, bags with copies of "Taiwan's 400 Year History," Taiwan independence EasyCards, and commemorative wine, all of which can be purchased with a donation.

During the press conference Su Beng apologized to students for not being able to get on the post WWII independence bus. "We didn't try hard enough, so to this day Taiwan is not independent," said Su Beng according to the Apple Daily report. Su Beng at Waseda University in Japan in 1937. (Wikimedia Commons)

In 1950, Su Beng started the Taiwan Independence Corps and plotted to assassinate Generalissimo Chiang Kai-shek, but was nearly caught and was forced to flee to Japan for many years. During his stay in Japan, he continued his activities tied to the Taiwan independence movement and wrote "Taiwan's 400 Year History."

In 1993, he finally returned to Taipei, where he began the Taiwan Independence Action motorcade, which rolls through the streets of Taipei with loudspeakers, banners and gongs advocating independence for Taiwan.

Video of a Su Beng motorcade in action: