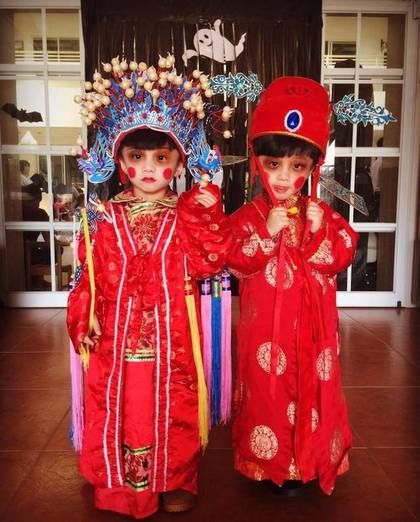 TAIPEI (Taiwan News) – Halloween, one of the most popular events in American culture, has become widespread in Asian countries with many young people dressed in diverse costumes.

This year, Halloween night actually falls on Tuesday (Oct. 31) but many people started celebrating from last Saturday. Halloween usually features several activities, including trick-or-treating, carving pumpkins, costume dress-up and playing pranks. Recently, cosplay or dressing up as different characters is the trending activity due to the creativity, talent, and whimsy of participants.

For most people, dressing for Halloween night needs to match the creepy and scary theme; however, cosplayers in different countries have made a spooky Halloween night into a playful activity.

In Taiwan, Momo, the little girl from Kaohsiung dressed in a Halloween costume of No Face from the Japanese animation hit movie "Spirited Away" has made her comeback with her sister, Miemie. This year, the duo continued to impress internet users with characters from the Japanese manga, Death Note! Momo and her sister, Miemie in Ryuk and L from the Death Note vs. the actual character in the manga (image source: Deathnote wiki)

In Japan, an activity called "A simple Halloween" which requires people not to dress creepily but instead as ordinary but funny characters, such as a next door Obasan (which means old lady), student or teacher. This is a typical office lady (image source: twitter)

In Vietnam, people also celebrated Halloween night in several costumes. Guess what is the creepiest event in Vietnam? It was when American pop star, Ariana Grande posted on Instagram a note saying her concert canceled just three hours before the show, which triggered an outrage on the internet from her Vietnamese fans. You will be scared by or laugh at this Annabelle: The motorcyclist version (image source: vnexpress.net)

In Thailand, Korean music and drama are very popular; as a result, Thai men decided to dress like a handsome male character from a Korean drama or tried to look like K-pop stars. 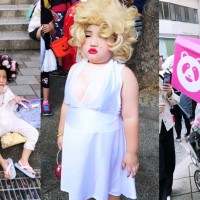 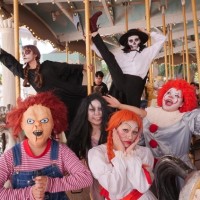 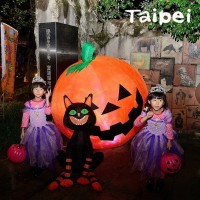 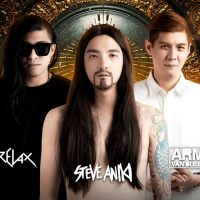 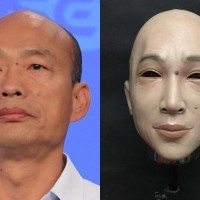