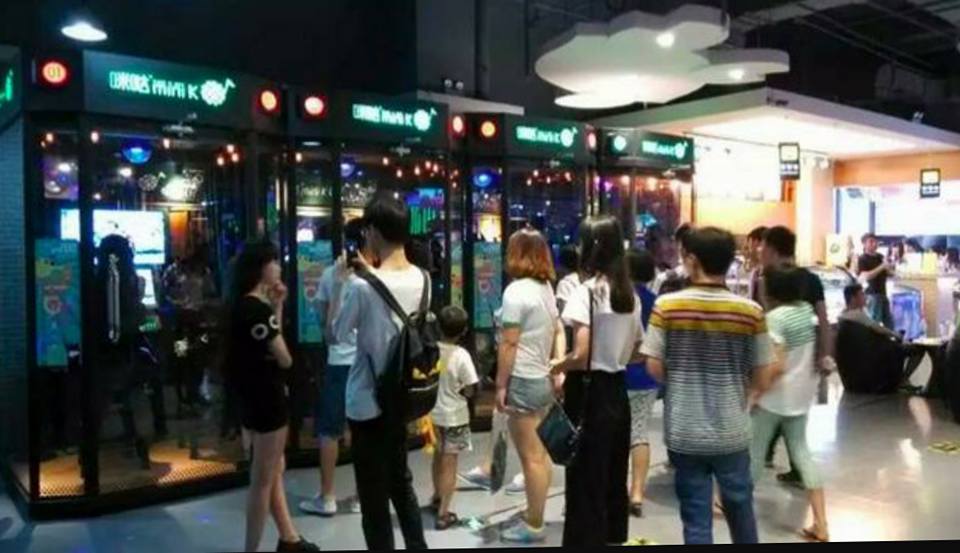 TAIPEI (Taiwan News) -- Numerous telephone booth-like KTV chambers have sprung up in cities around China, opening their doors to isolated people seeking a way to kill time. Now, you can see booths of this kind in Taichung, too.

The area of the booth is around two square meters with a pair of karaoke machines installed inside. The space allows four people to join at a time and they not only can sing for their own delight, but also share the recorded songs to others via apps.

Unlike a traditional KTV room which rents out on an hourly basis, it costs NT$20 to sing a song in the booth, which is a more convenient choice compared to its traditional counterpart.

According to the movie theater which imported the machine, the system has over fifteen thousand songs with a wide collection ranging from Mandarin, Taiwanese, English, Japanese and KPOP, and the playlist will be updated every month.

On average a booth has drawn around two hundred people every day since it was launched two weeks ago. “Many crooners spent over one hour after stepping inside the booth,” said a staff member.

Solo KTV booths took off last year in China, but in Japan a similar concept has been around since a decade ago.