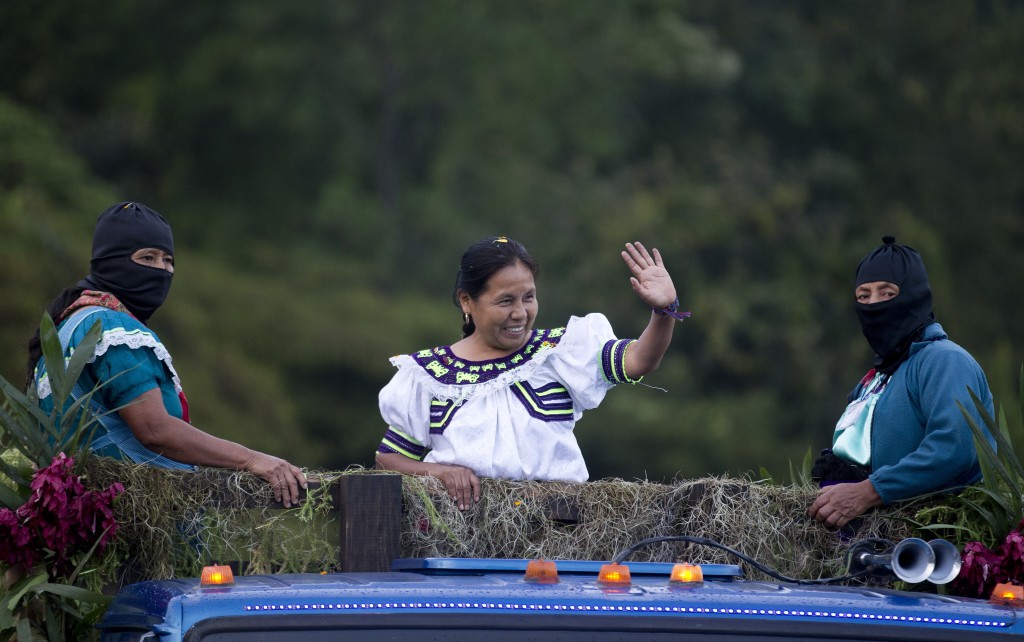 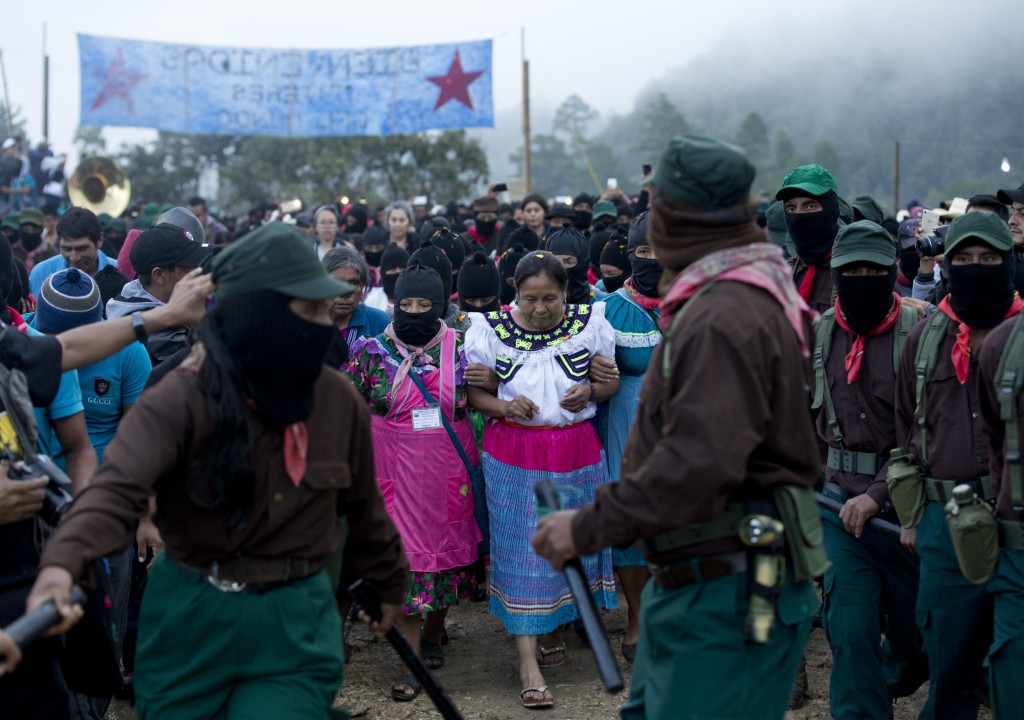 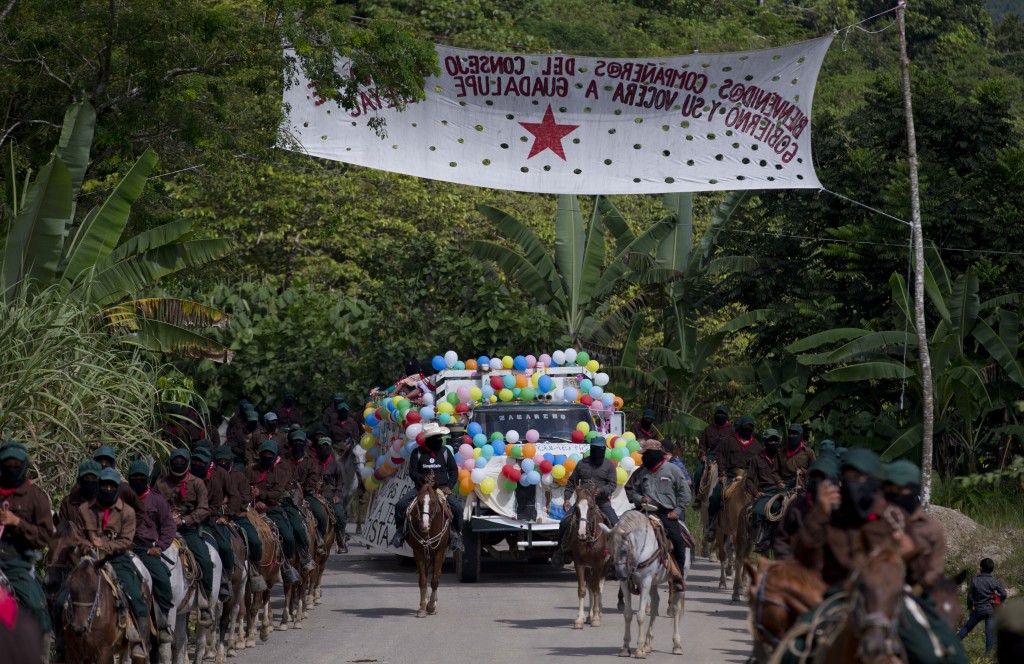 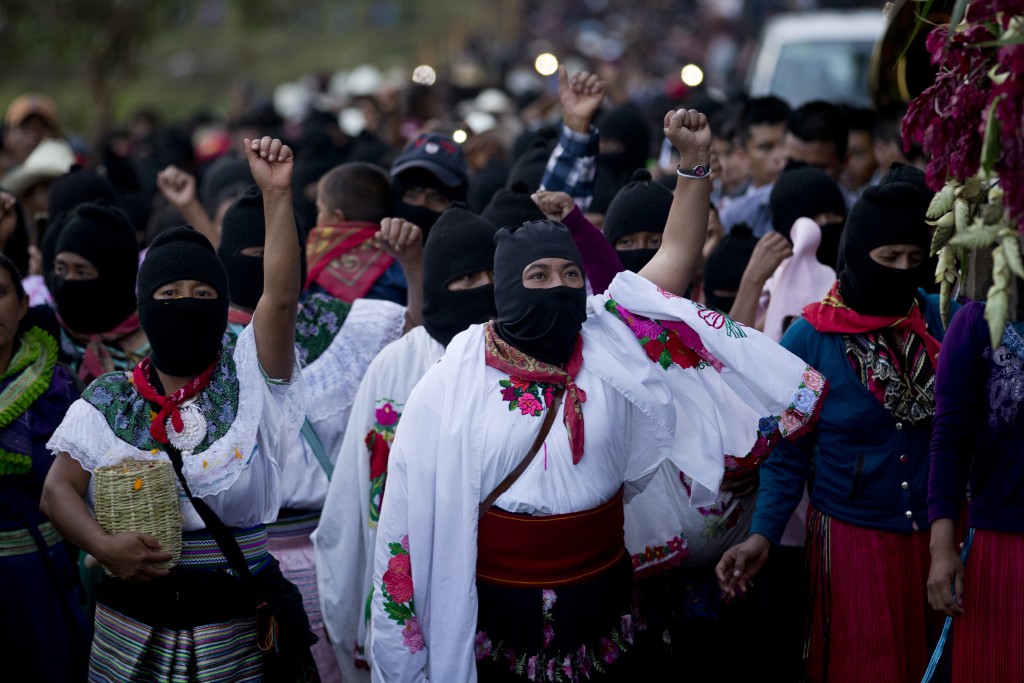 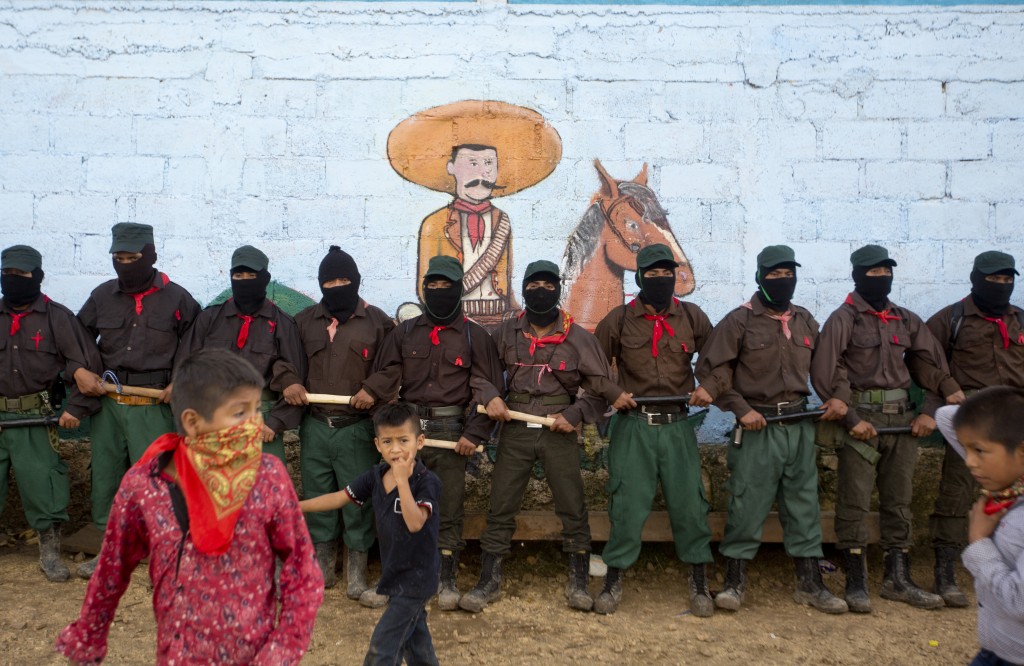 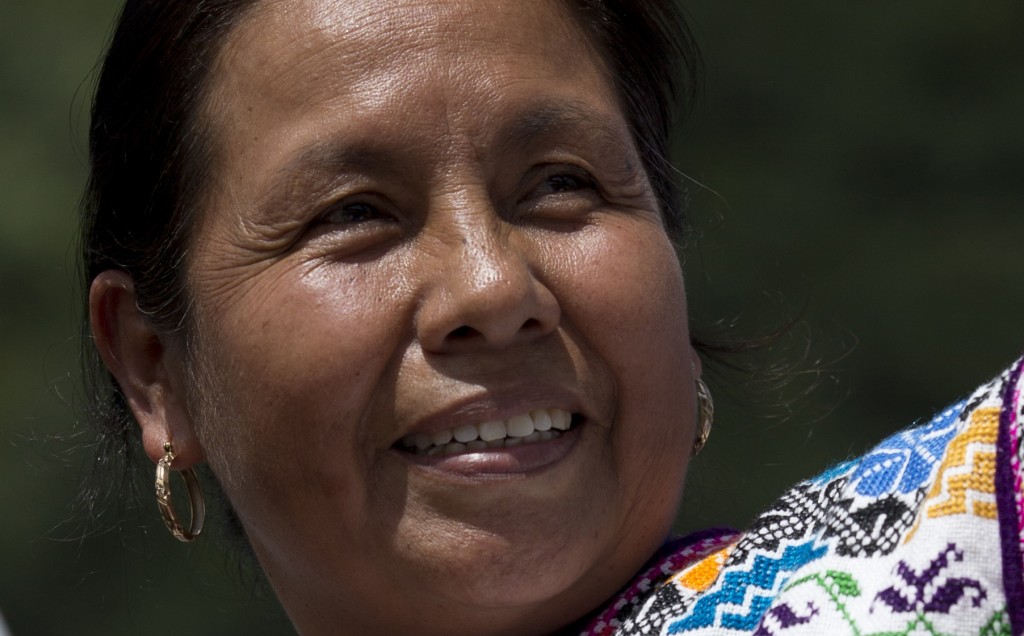 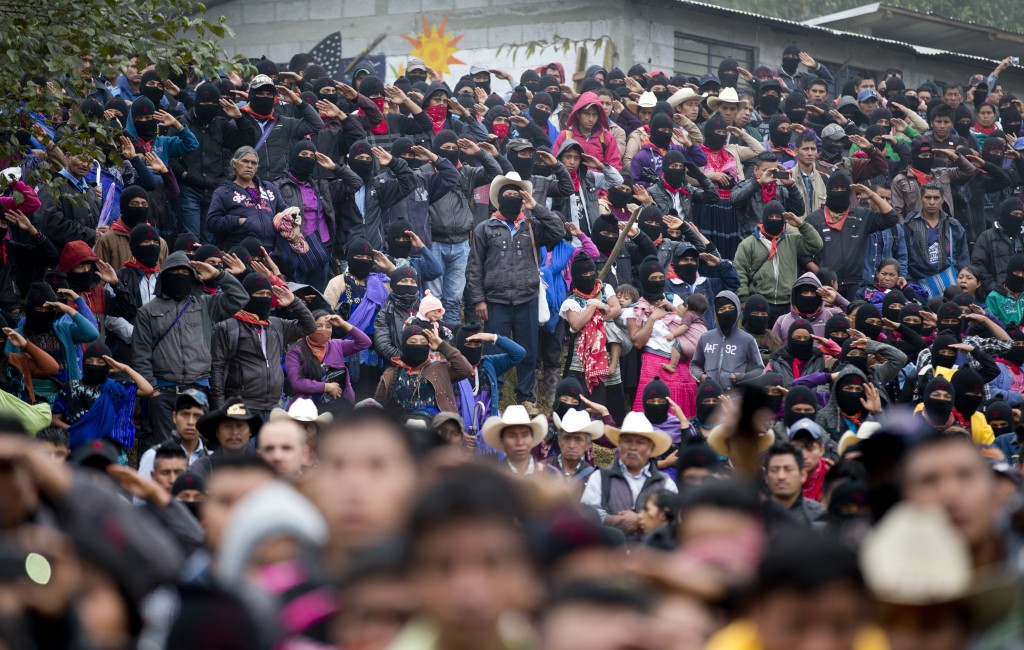 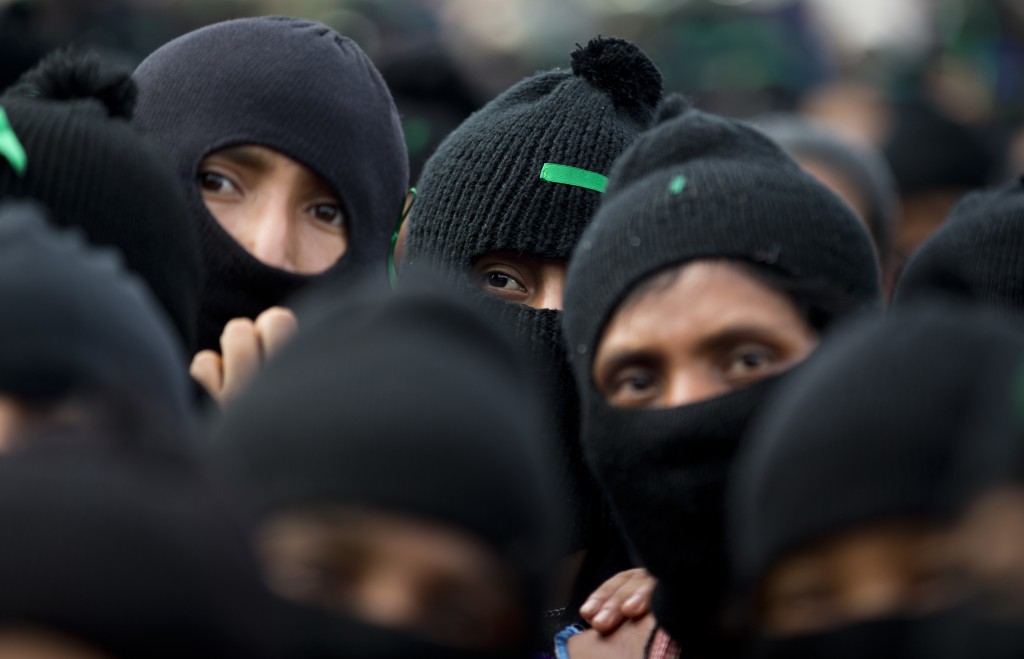 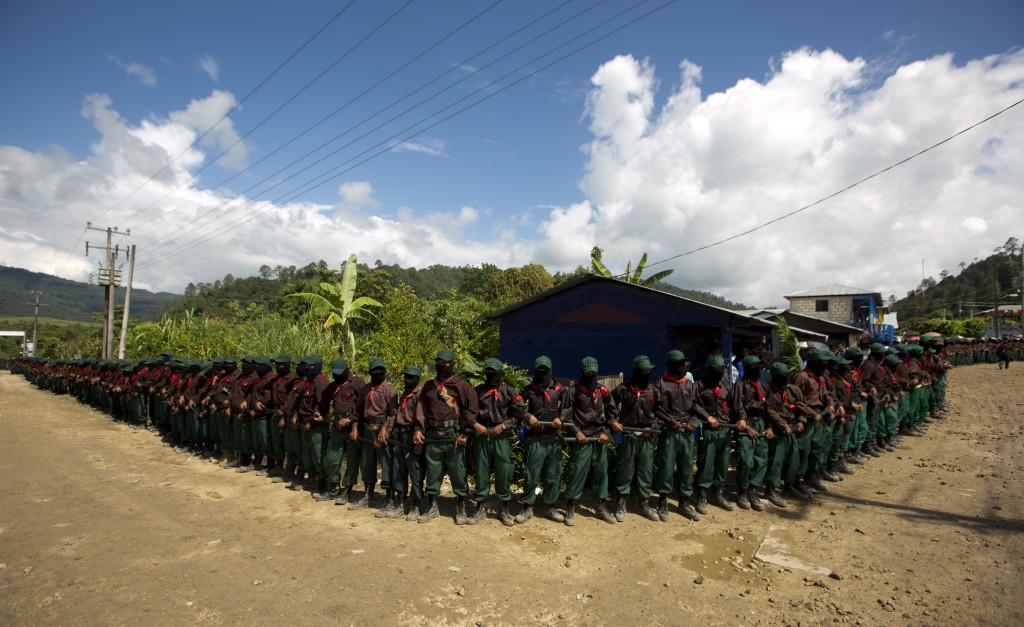 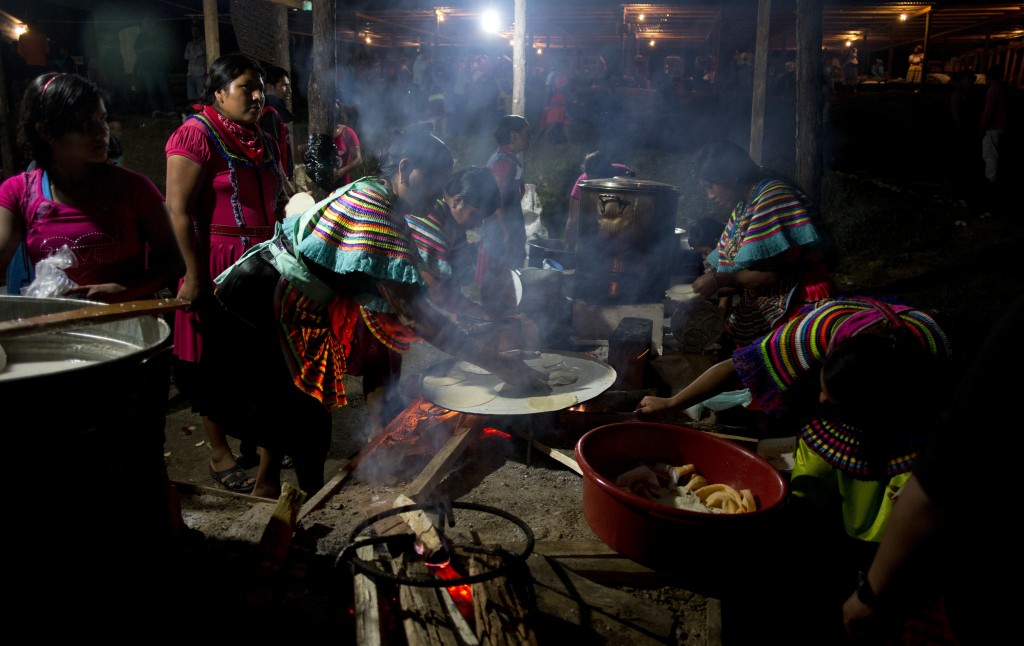 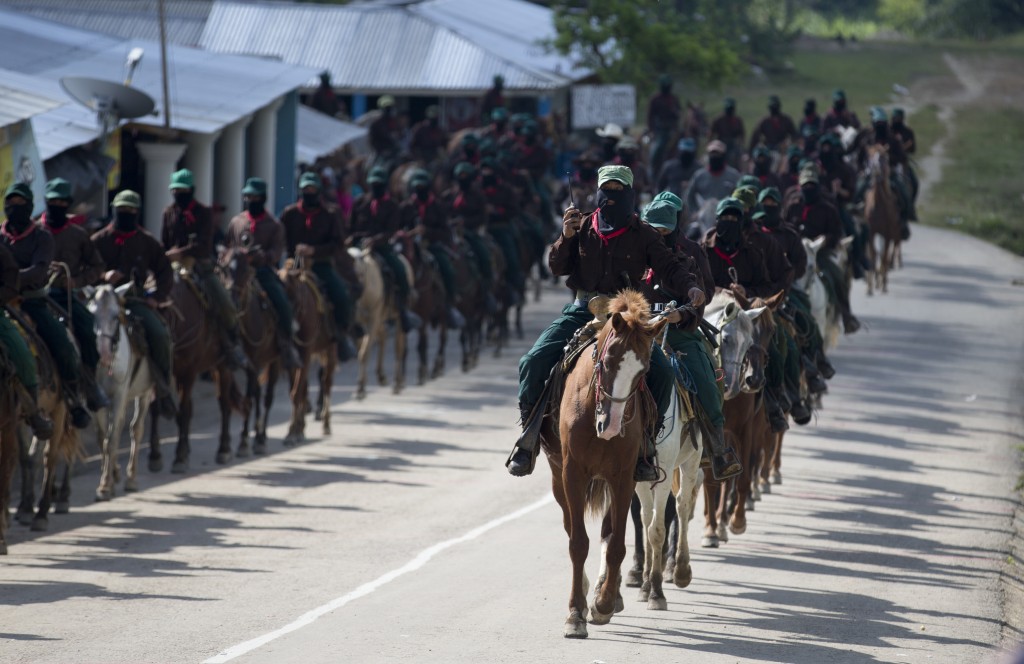 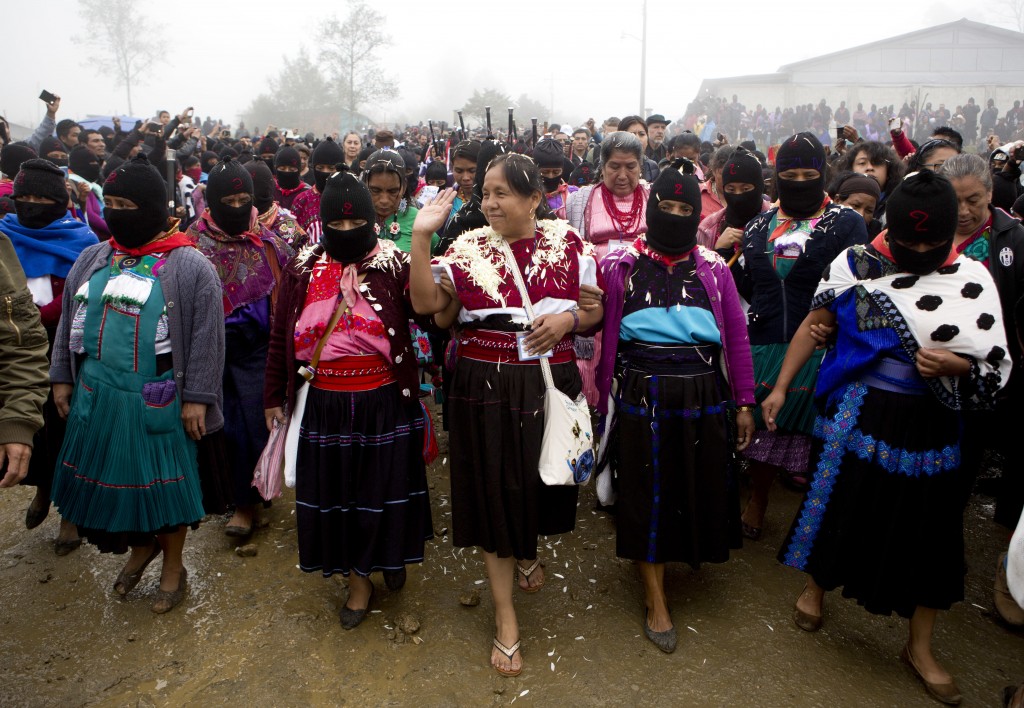 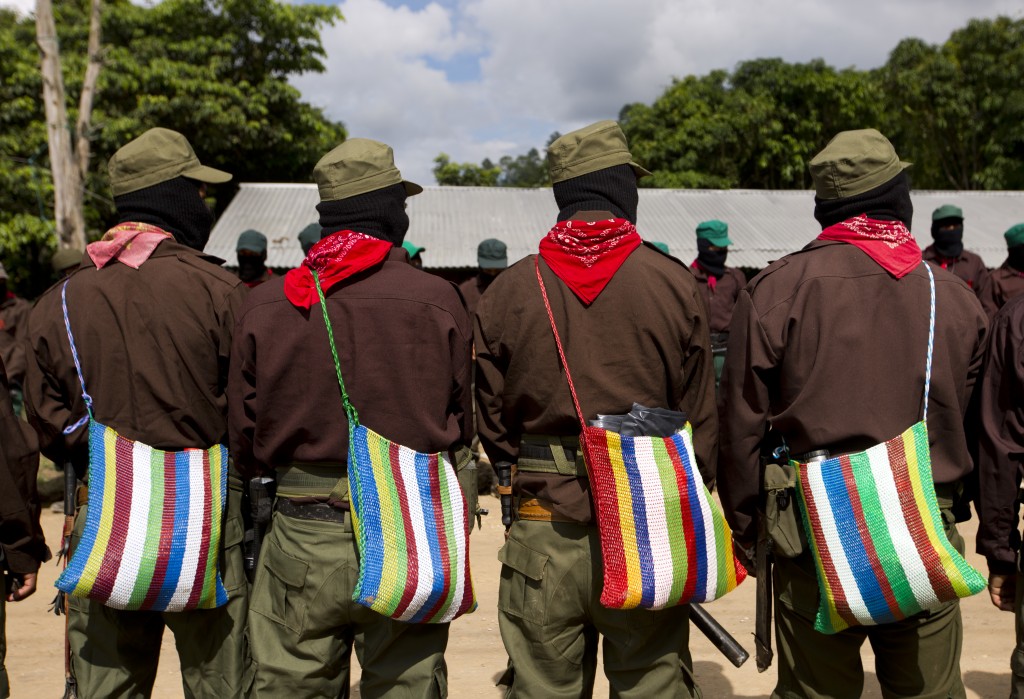 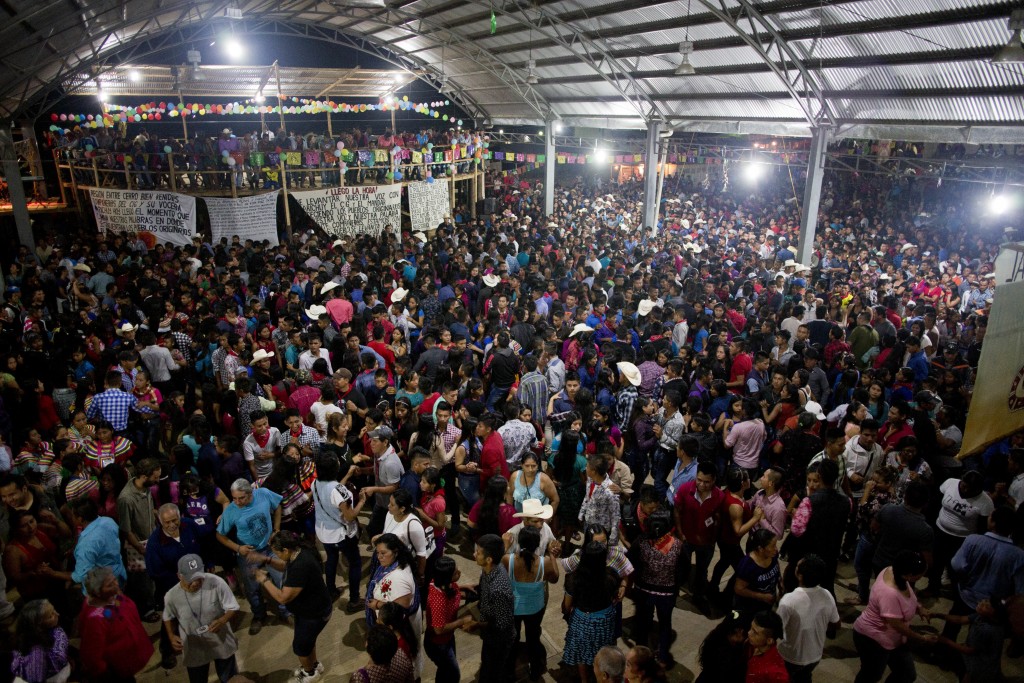 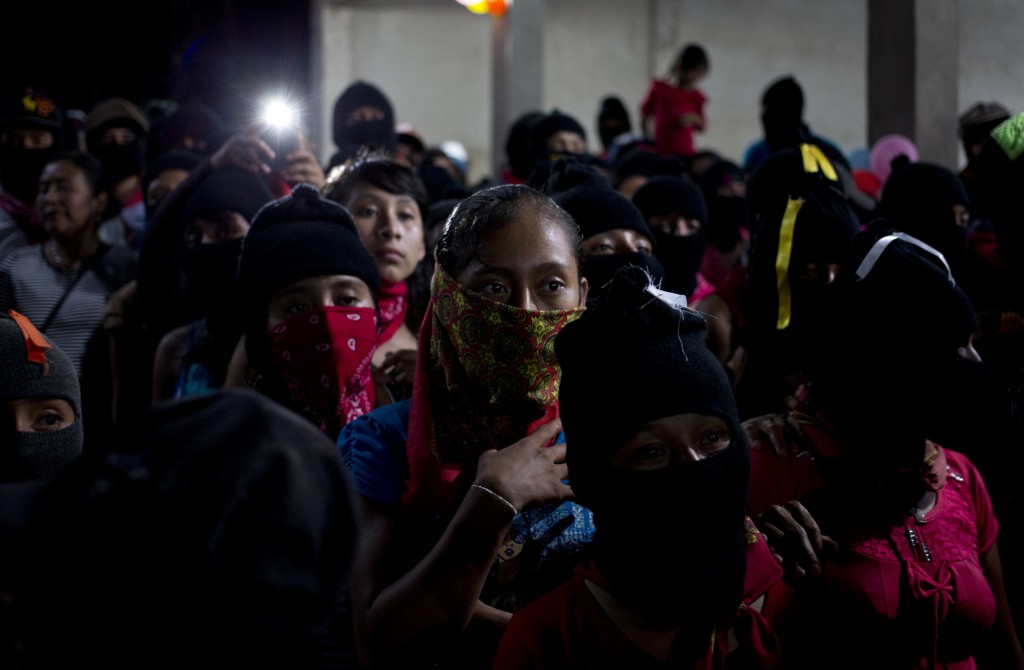 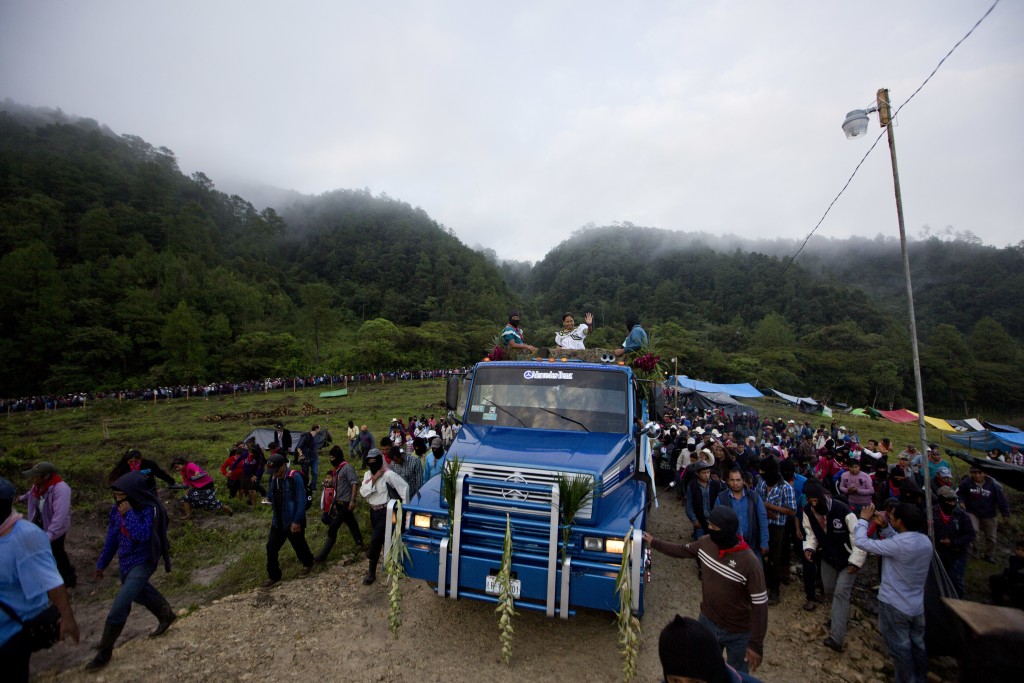 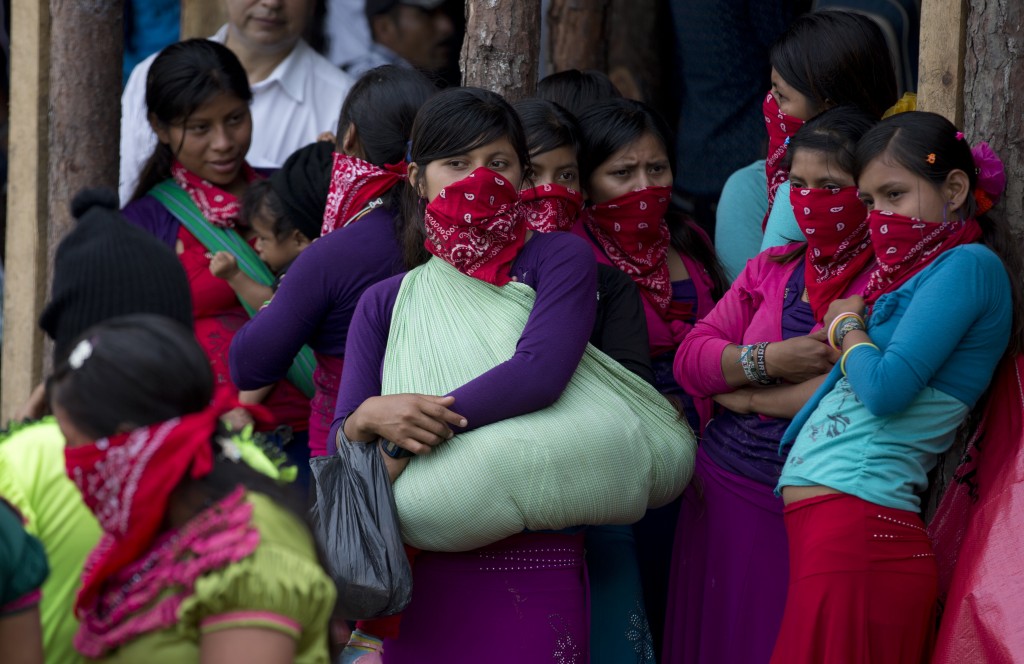 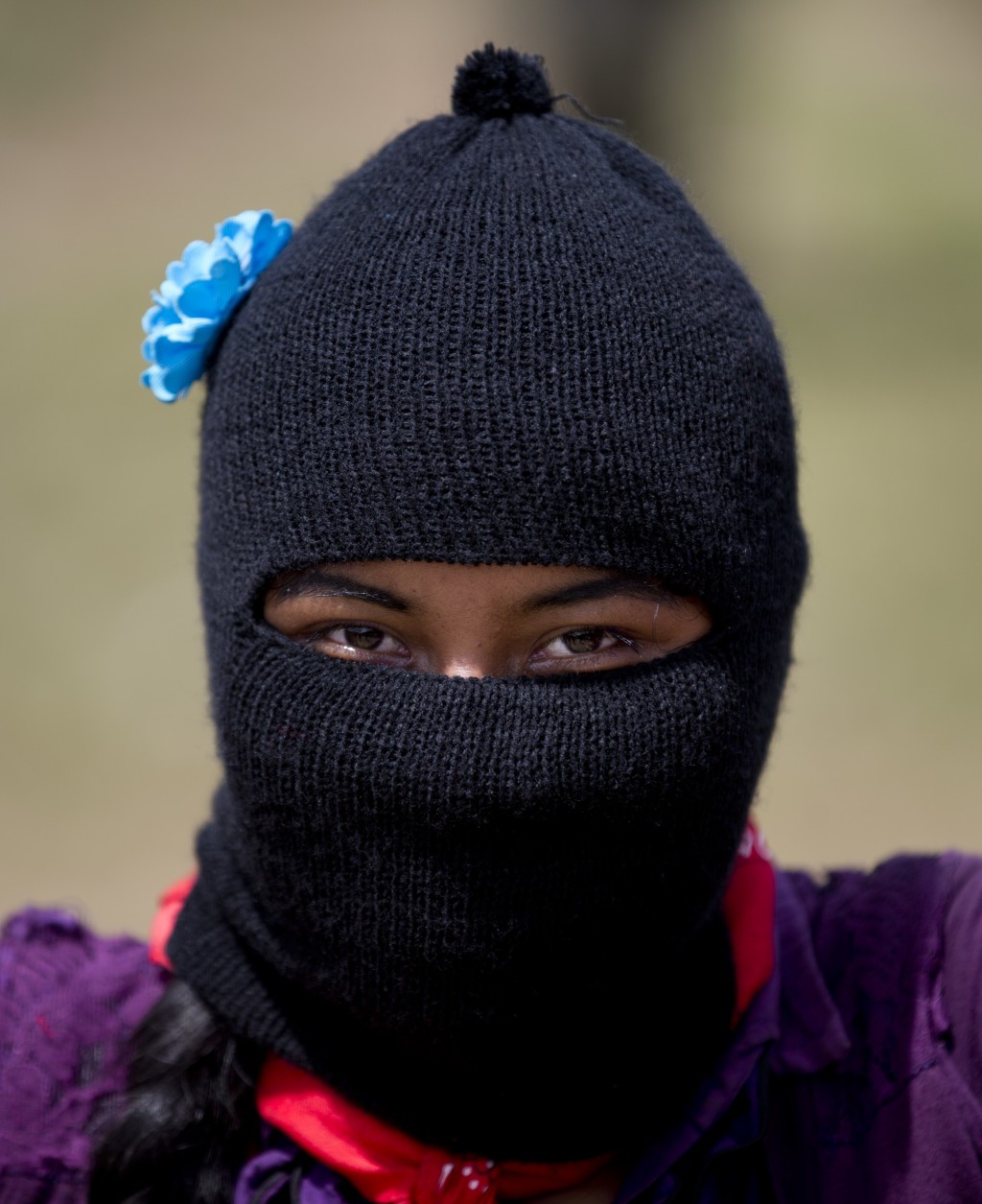 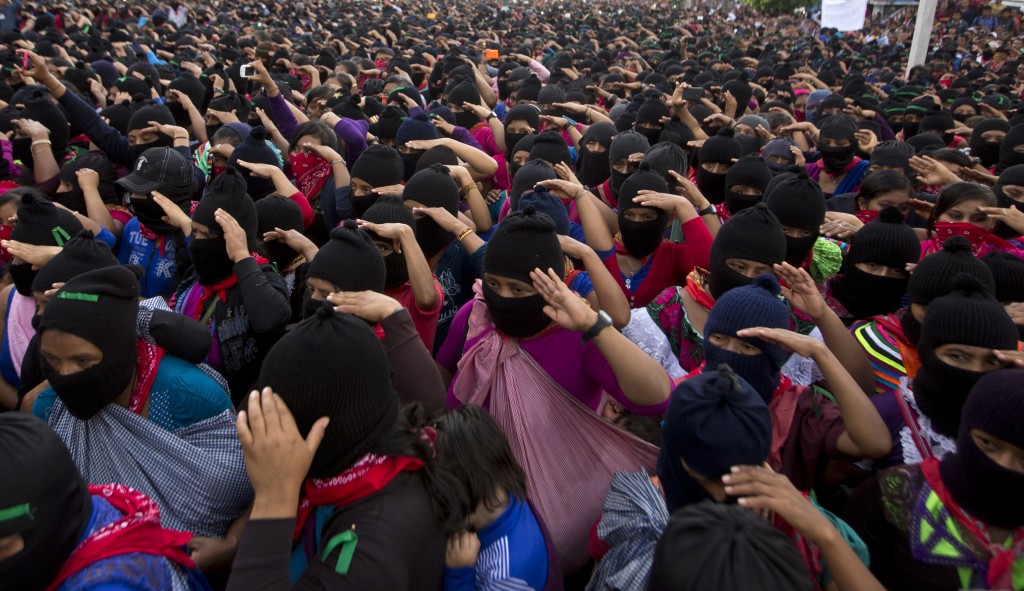 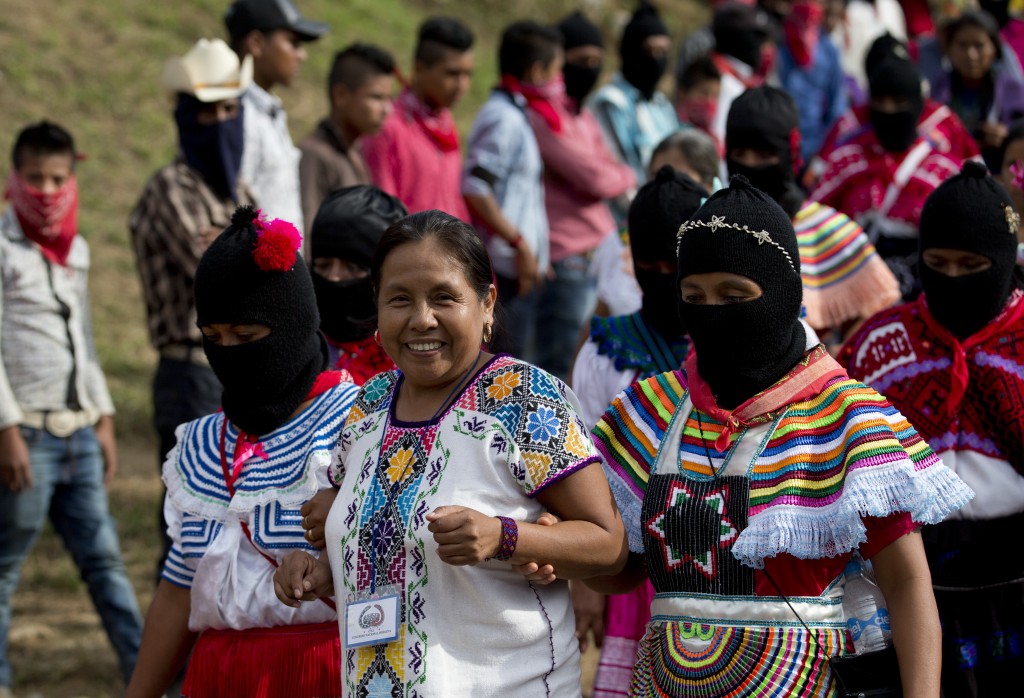 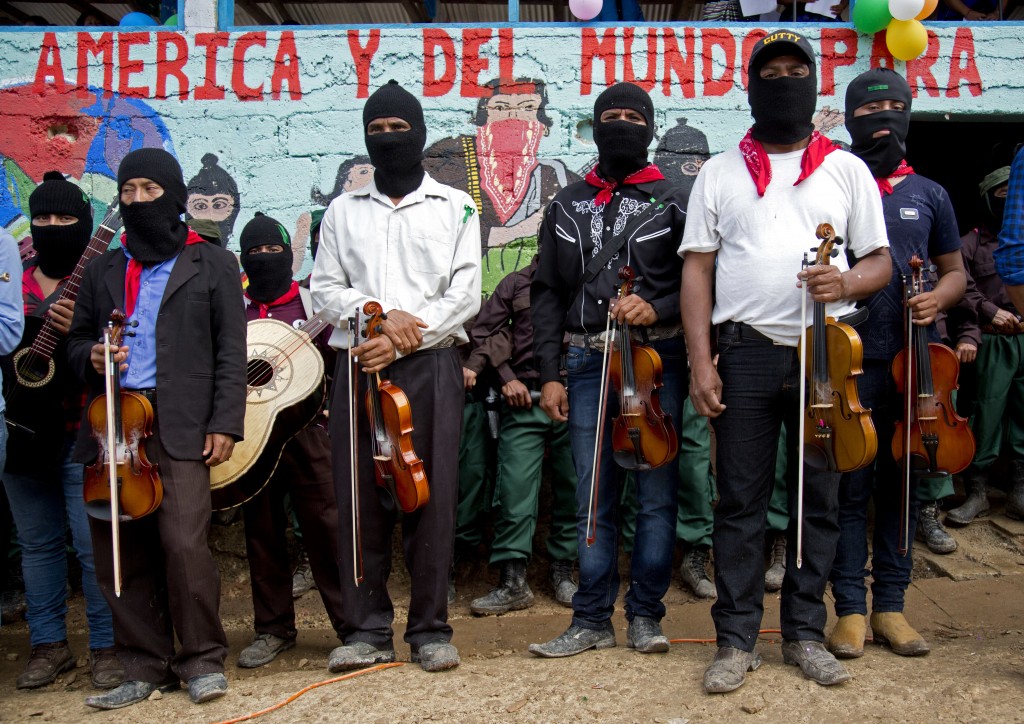 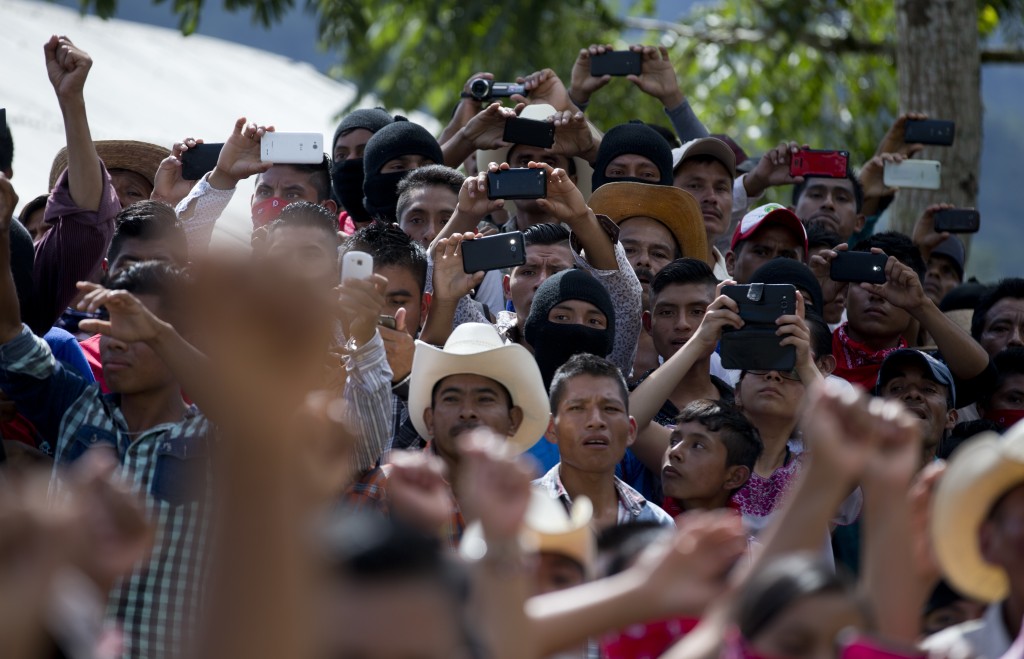 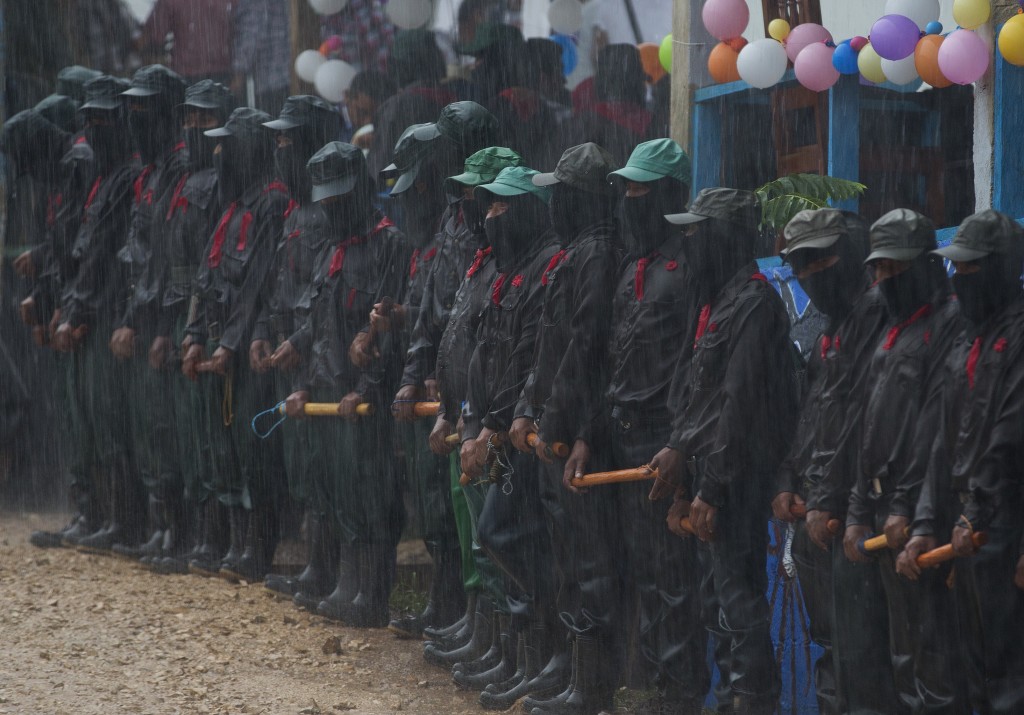 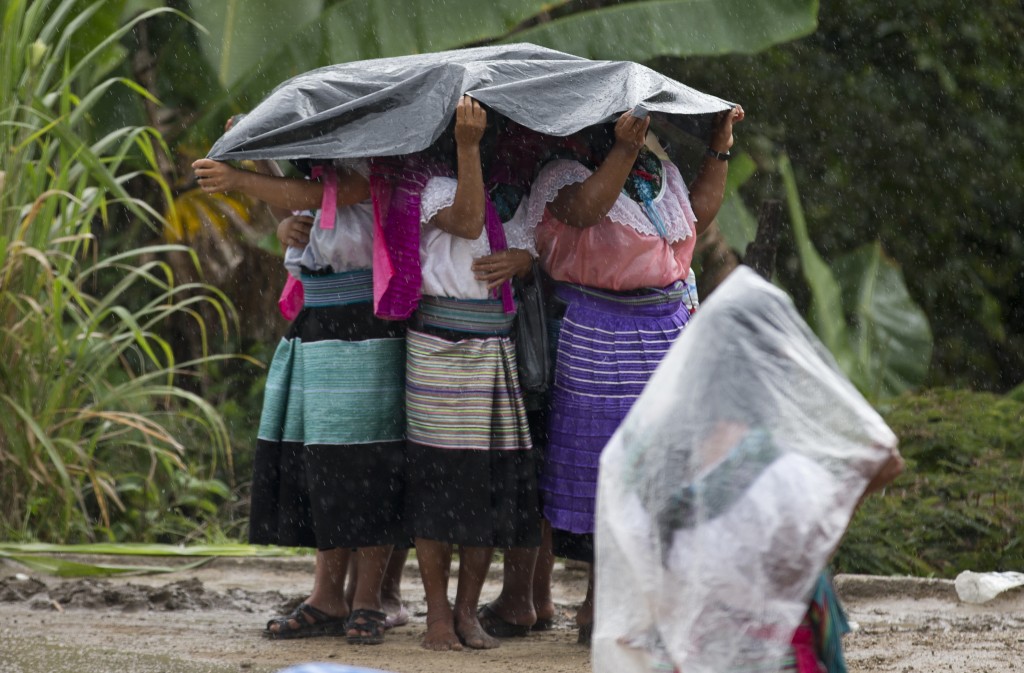 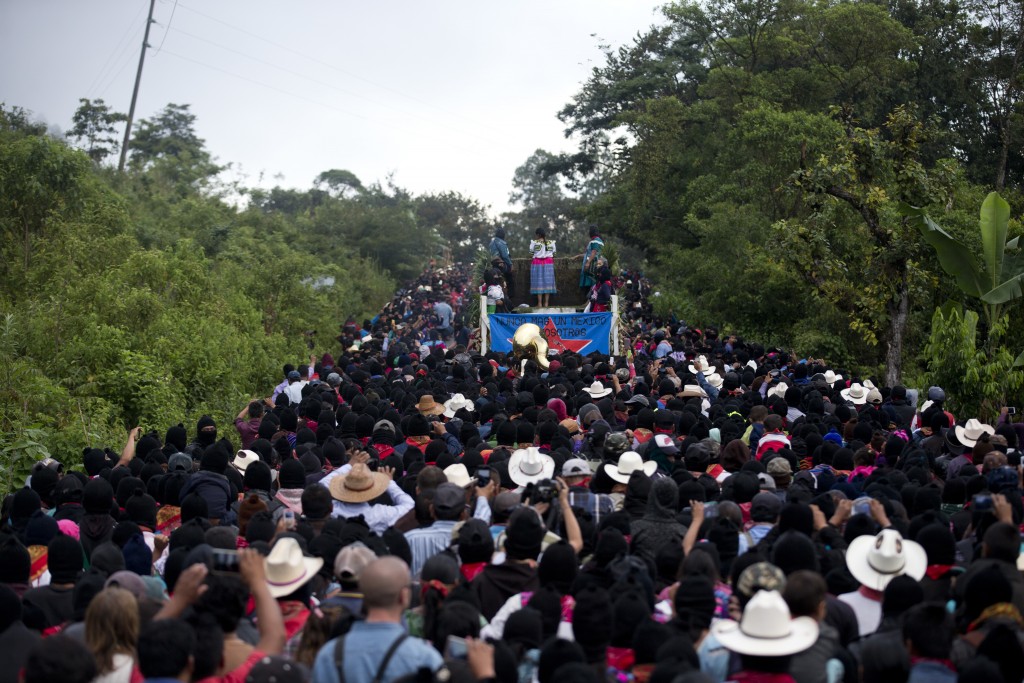 OVENTIC, Mexico (AP) — This is what a grass-roots campaign looks like in a country where politics has always been dominated by big spending, corrupt politicians.

First of all, almost nobody calls Maria de Jesus Patricio by her name. Everyone knows the Nahua indigenous woman by her nickname, MariChuy.

She has never worn a power suit or heels, but rather always appears in an embroidered indigenous blouse and pants or skirt. She has no political machine, unless you count the rag-tag army of ski-masked Zapatista rebels who have pledged their support to her in the southern state of Chiapas. She's unlikely to win Mexico's presidency, or even get on the ballot, yet her campaign has nonetheless generated an unusual amount of enthusiasm.

Supporters from dozens of left-leaning groups in the urban sprawl of Mexico City organize coffee klatches, small concerts and neighborhood walk-arounds for the uphill battle to sign up the 866,000 voters needed by Feb. 12 to get her on next July's presidential ballot as an independent candidate.

In the first week of gathering signatures, Margarita Zavala — the wife of former President Felipe Calderon and a well-known political figure in her own right — got the highest number of signatures, at 13,033. But second place was a surprise: Patricio, who has no electoral machine and was essentially unknown until she was named the candidate of the National Indigenous Congress last May, gathered 4,734 signatures. That was higher than a major state governor, a former legislator and 44 others trying to get on the ballot.

What's more, her backers say, she is handicapped by the fact that electoral officials use a smartphone app to record signatures, making participation difficult or impossible for many poor people in remote, indigenous regions with poor cellphone coverage.

Patricio is not even called a candidate. She is always referred to as "the spokeswoman" for the Indigenous Governance Council, an outgrowth of the Zapatistas, who staged a brief armed uprising in 1994 for greater indigenous rights, and other activist groups. Mexico has about 6 million speakers of indigenous languages and about 4 million others are considered indigenous due to their communities or families.

Many of Mexico's voiceless, impoverished indigenous people see Patricio as a way to assert their own voice in politics in a country where they have long voted in blocs, controlled by local leaders who trade their support to the ruling party. The Zapatistas urged their supporters to stay out of electoral politics in 2006 — something that may have cost the leftist candidate the presidency in that contest — but now they have apparently changed their minds. Patricio would be the first candidate formally running on behalf of indigenous people.

"We are not looking for power," said Chiapas activist Lucia Guzman Gomez, who participated in Patricio's campaign tour through Chiapas. "We are looking for a space to participate as human beings, as indigenous people."

Some critics argue that the whole system of independent candidates, in place for the first time in this presidential race, will wind up helping the ruling party by fragmenting the opposition vote. The governing Institutional Revolutionary Party hasn't achieved 50 percent in a presidential race in at least three decades and has depended on a divided opposition.

Still, thousands of Zapatistas militia members and supporters turn out to cheer Patricio at campaign stops in Chiapas.

But it is not just the indigenous she looks to for support.

"We have to unite our pain and our rage," said Patricio, a traditional healer from the western state of Jalisco. "We have to unite with the people of civic groups who live in the cities. They are suffering, too."

Her campaign speeches rail against the capitalist system, in line with the indigenous council's campaign platform, which calls for an "anti-capitalist and honest" government. "We don't seek to administer power; we seek to dismantle it," the group says.