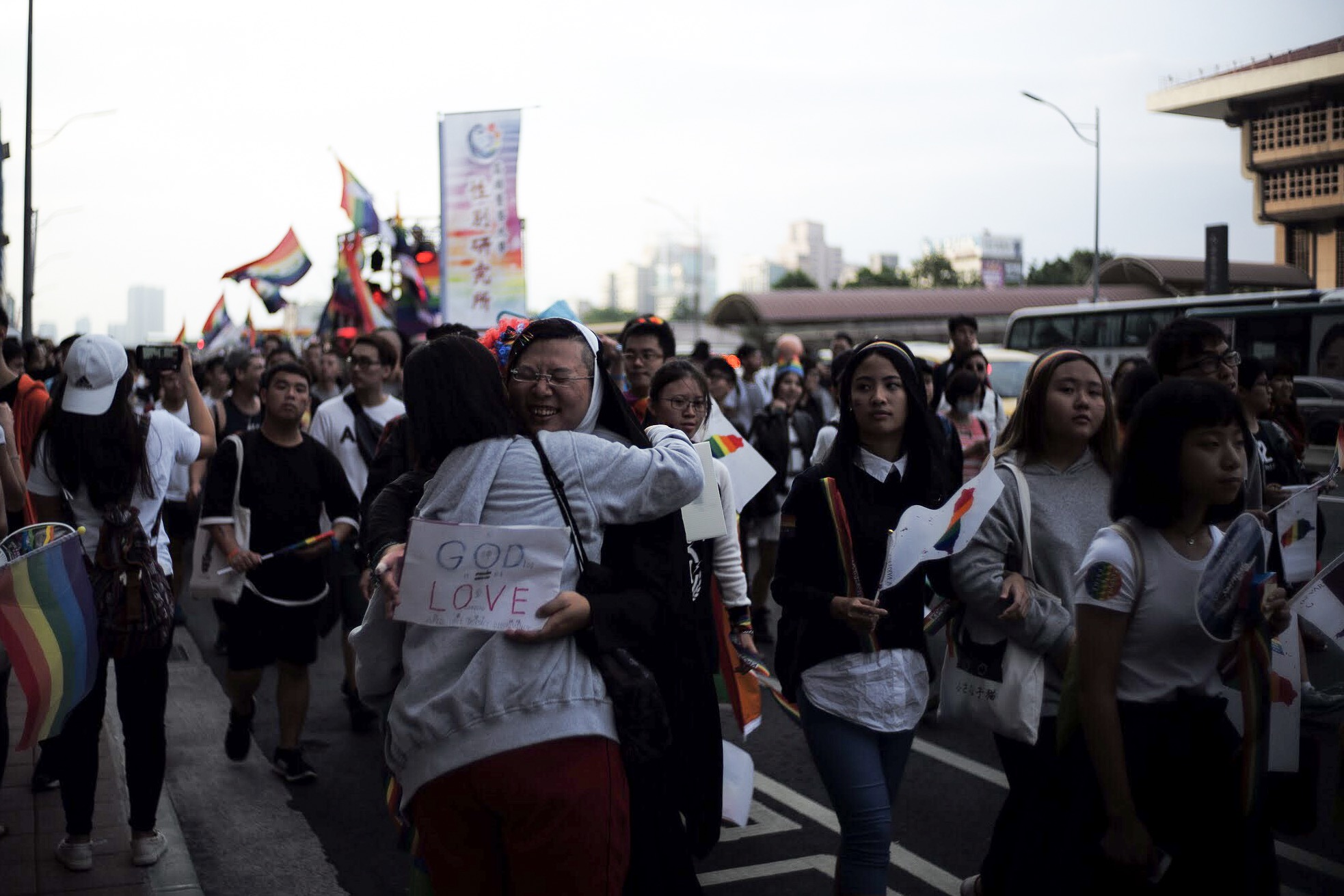 TAIPEI (Taiwan News) -- The 2017 LGBT Gay Pride parade ended with a record-breaking number of participants this year, but more than that, the enthusiastic, welcoming and creative spirit of the LGBT community was on full display at the event.

People who gathered in the Gay Pride Village at Ketalagan Boulevard last Saturday (Oct. 28), were not just constantly impressed by the number of participators (around 123,000 people) but also astonished by the participants' colorful costumes which presented different themes and performance. These interesting aspects were captured by freelance Photographer Andy Ip Gia Thien. A participator dressed up like President Tsai Ing-wen holds a banner saying: “I am Tsai Ing-wen, I support marriage equality.” Additionally, the devotion and willingness to urge for marriage equality were prominently displayed in the parade with banners and rainbow flags. And finally, what cannot be absent is love. Gay couples openly showed their concern and love towards each other during the event. Video of the 2017 LGBT Pride Parade - The biggest, most colorful and lively LGBT event in Asia:

All photos were taken by Andy Ip Gia Thien. He is Hongkong-based freelance photographer. With more than 10 years experience in photography, Ip specializes in taking human photography, and news photography. Check out his Instagram page for more astonishing photos.