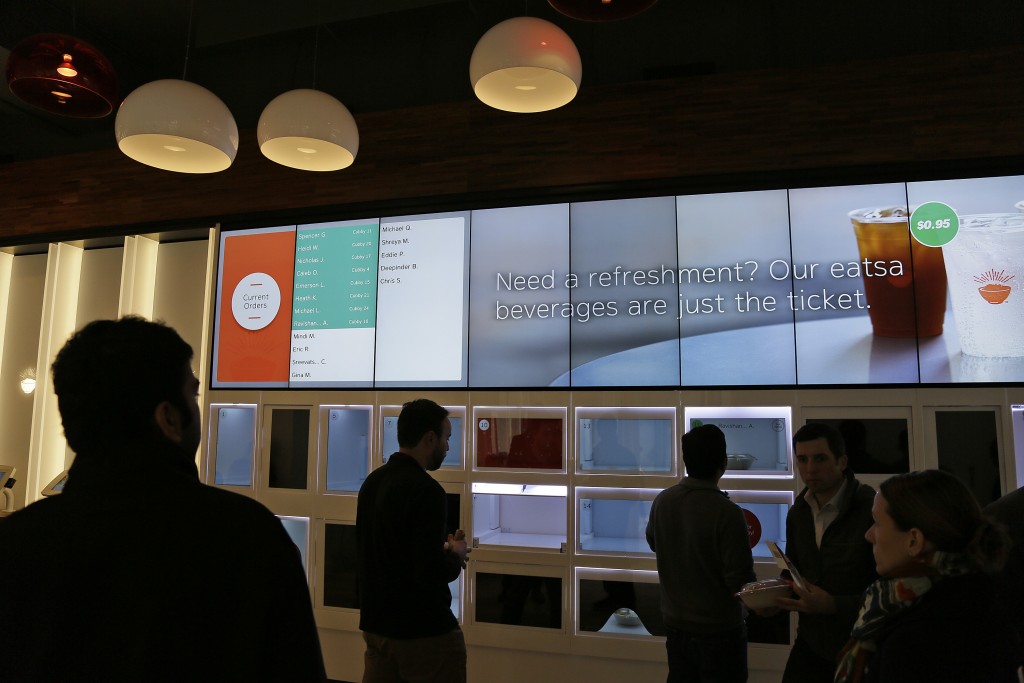 WASHINGTON (AP) — Most Americans believe their jobs, and the jobs of those they live with, are safe from automation — at least for the next decade, according to an Associated Press-NORC Center for Public Affairs Research poll.

And more than half think automation could make their work easier or more efficient in the future.

The findings suggest that while Americans express concern about how automation technology might cause some other people to lose jobs, they are less worried about its effect on themselves.

Fifty-seven percent of respondents said they thought it unlikely that they or someone in their household will be replaced at work by automation within the next 10 years, the survey found. A nearly identical proportion — 56 percent — said they consider it at least somewhat likely that their job will be improved by automation. Many think, for example, that such technology has made jobs safer.

The poll's key findings echo those of other recent surveys. The Pew Research Center found in a survey released earlier this month that 70 percent of Americans believe it unlikely that they will lose their jobs to automation.

Those assessments may well prove accurate, according to recent analyses that foresee far fewer job losses resulting from automation compared with studies several years ago that had suggested that up to half of U.S. jobs could be replaced over the next two decades.

A report released this month by the education company Pearson, Oxford University and the Nesta Foundation found that just one in five workers are in occupations that will likely shrink by 2030.

Still, the AP-NORC survey found that many Americans worry about the effects of new technologies on their daily lives and the job market. Three-quarters of respondents said they think it at least somewhat likely that "people will be more isolated from one another."

And most say robots have cost jobs in factories — a view supported by academic research and data showing that factories are now producing more with fewer employees. Three-quarters foresee at least some likelihood that many retail workers will be replaced by automation.

A wide gap also exists in how people with different levels of education respond to such questions. Americans without college degrees are twice as likely as those with degrees to say it's very likely automation will cost them or someone in their household a job. That is in line with studies that have found that lower-skilled work is more likely to be automated.

Among the poll's other findings:

— Americans vastly prefer dealing with people, rather than machines, when they order food at a restaurant. But in most other settings, many don't particularly care. Seventy percent of respondents said they preferred ordering food from a person. Nineteen percent said it made no difference. Just 10 percent said they preferred self-service. But at a supermarket checkout line, roughly half preferred the self-service option or had no preference. That may partly explain why the small automated restaurant chain Eatsa, which sold food without cashiers or waiters, had to close five of its seven restaurants last week.

— Most Americans still aren't using the latest technologies, some of which could introduce ground-breaking automation in the future. Uber, for example, is testing self-driving cars, which could over time eliminate work for its drivers as well as taxi drivers. Yet just a quarter of Americans use Uber or Lyft, the survey found. And barely 30 percent use a voice-activated personal assistant such as Apple's Siri or Amazon's Alexa. Just 29 percent at least occasionally pay for goods or services with their phones, rather than with cash or credit cards.

— The likelihood of whether someone has used online services and other technology tends to breaks down along educational lines. For example, 63 percent of Americans with at least a college degree have purchased goods or services online, while just 34 percent without a degree have.

The AP-NORC poll of 1,038 adults was conducted Aug. 17-21 using a sample drawn from NORC's probability-based AmeriSpeak panel, which is designed to be representative of the U.S. population. The margin of sampling error for all respondents is plus or minus 4.1 percentage points.

Respondents were first selected randomly using address-based sampling methods and were later interviewed online, by phone or in person.