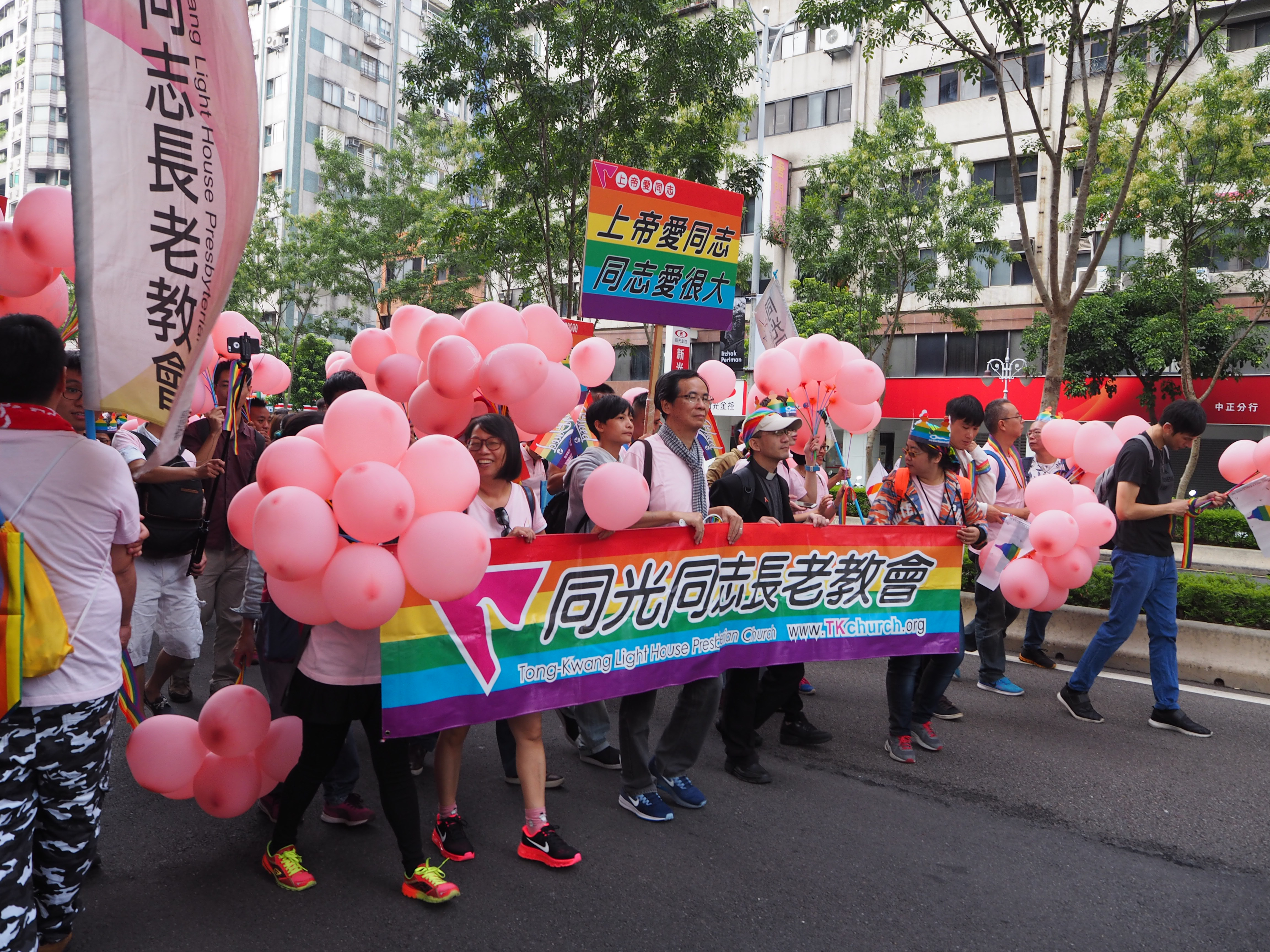 TAIPEI (Taiwan News) -- Asia's largest gay parade kicked off on Saturday in Taipei with a record breaking 123,000 people from over 20 different countries taking part in the event which will also feature Japanese singer MISIA performing for the crowd. The annual lesbian, gay, bisexual, and transgender (LGBT) pride parade started forming from 1 pm at the Gay Pride Village on Ketagalan Boulevard in front of the Presidential Office. The participants cheered and raised the large rainbow flag at around 2:30 to start the parade. The event drew much attention this year from people and media around the world after Taiwan's Constitutional Court ruled in the favor of same sex marriage earlier this year in May, raising expectations that its legalization might be close. The theme this year was "Make love, not war-- sex ed is the way to go,". The parade this year calls for an end to hate toward the community and asks for smooth and easy enactment of the introduction of same-sex marriage.