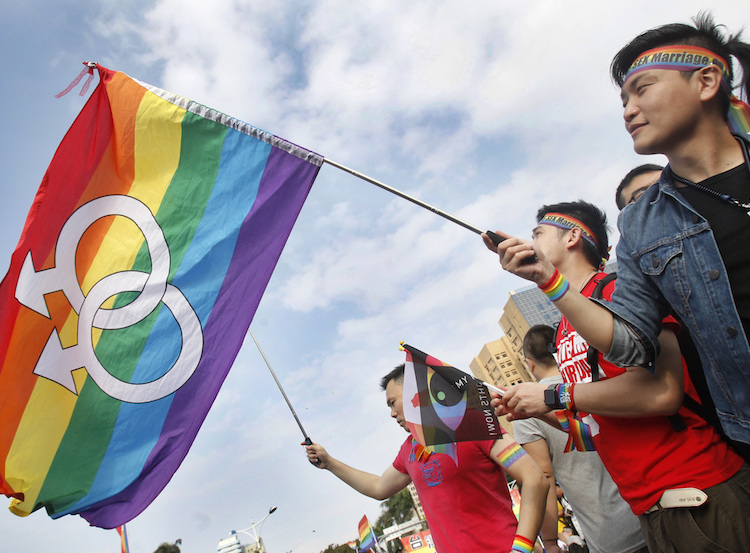 TAIPEI (Taiwan News) – Representative offices of the European Union and of about a dozen countries, mostly from Europe but also Australia and Canada, have expressed support for Saturday’s 2017 Taiwan Pride Parade, the biggest event of its kind in Asia.

About 110,000 people are expected to march through the streets of Taipei Saturday afternoon, 30,000 more than last year, the Central News Agency reported Friday.

Taiwan has long been named as the country most likely to be the first in Asia to legalize same-sex marriage. The death of a French professor a year ago, reportedly a suicide out of sadness over the death of his gay partner, gave the movement a renewed impetus which was confirmed last May by a favorable ruling from the Constitutional Court. However, the Legislative Yuan has still failed to pass the required legal amendments.

Nine groups will travel along three routes emanating from Ketagalan Boulevard in front of the Presidential Office Building, organizers said. The parade has been organized for 15 years running and is likely to attract considerable overseas attention, with delegations from 20 countries and several personalities from the world of entertainment, including Japanese R&B singer-songwriter Misia, participating.

On the eve of the parade, 12 foreign representative offices issued a joint statement saying they would join in to “celebrate respect, diversity, and most of all, Taiwan’s open society,” CNA reported.

The offices of Australia, Canada, the EU and EU members Austria, Belgium, Denmark, Finland, France, Great Britain, the Netherlands, Spain and Sweden praised Taiwan as a leader in the forefront of the promotion of gay rights.