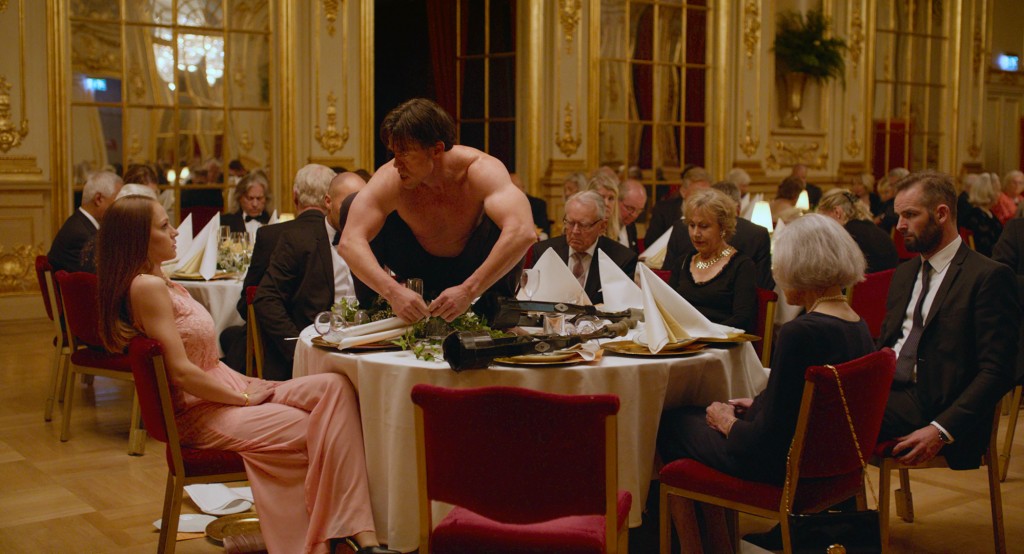 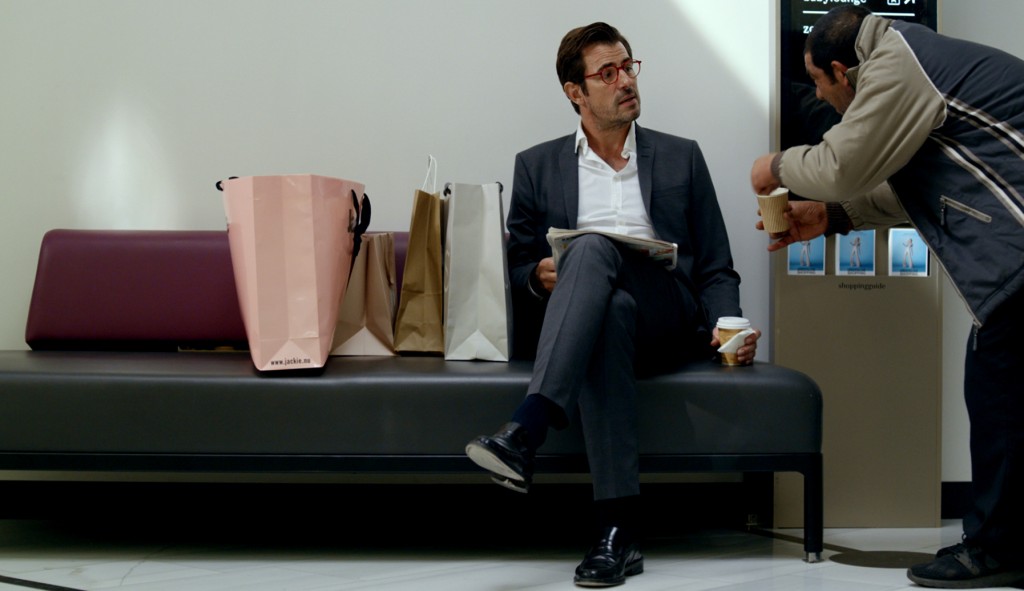 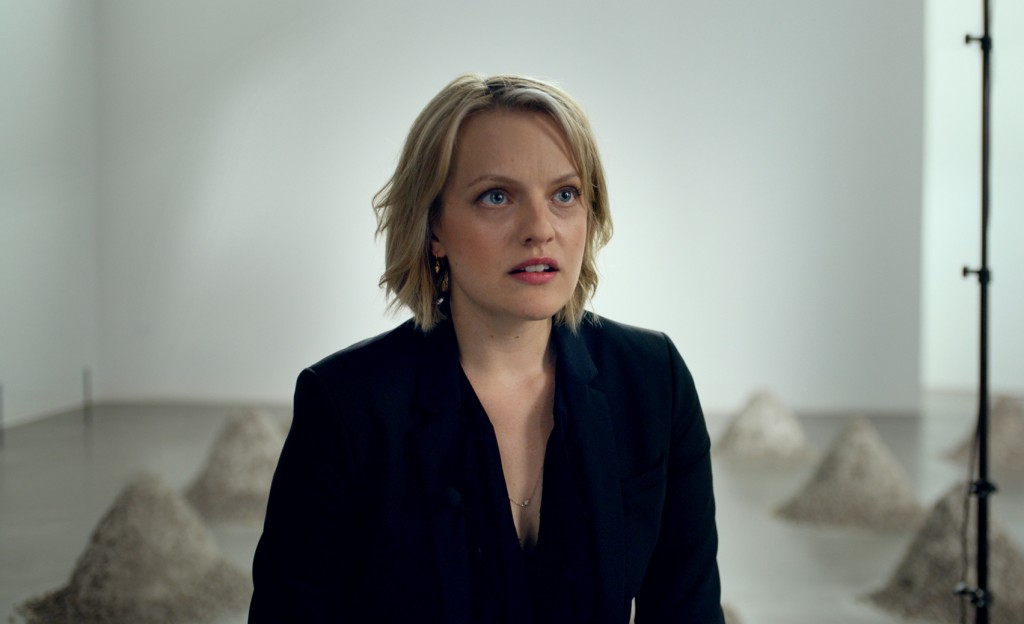 Swedish filmmaker Ruben Ostlund's last film, "Force Majeure," began with the rumble of an alpine avalanche and the wallop of a shattered self-image. When a swelling white tide appears headed straight for an outdoor cafe, a panicked father flees with his iPhone, but not his children or wife. Their respect for him is undone in a cloud of snow.

In Ostlund's follow-up, the Palme d'Or-winning "The Square," an upper-class, highly placed man is again humbled by a latent cowardice, but one that reveals itself in more subtle and daily acts of fraudulence.

Claes Bang stars as Christian, the handsome and suave chief curator of a Stockholm contemporary art museum. In the early scenes, we see him trying to explain a pompous museum description to an American journalist (Elisabeth Moss) and rehearsing remarks for a museum event that he will later pretend are off-the-cuff. He's a smooth operator with the practiced air of privilege.

That the high-minded contemporary art world would have something a touch fake about it is far from a new idea. But Ostlund, in his fifth feature, has more expansive satire in mind. The title of "The Square" refers to an exhibit the museum is preparing in a city courtyard in which a square is laid into the cobblestone street. "The Square is a sanctuary of trust and caring," reads the description. "Within its boundaries, we all share equal rights and obligations."

Outside of the square, not so much. Throughout the film, Christian and others who espouse such enlightened ideals of community are seen failing to live up to them — and often not even trying to. "The Square" is a consistently clever odyssey of modern-day hypocrisy that rambles and hiccups but seldom lacks Ostlund's charming but clinical satirical touch. It's as entertaining as it is damning.

The central thread of the film begins with Christian's phone, wallet and even cuff links being stolen in a sidewalk setup where a woman feigns to need help from her attacking boyfriend. Christian and another bystander rush to her aid, but while basking in his good deed, he realizes he's been fleeced. Christian and a younger museum employee (Christopher Laesso) are able to track the phone to a low-income housing project where, in a lark that turns grave, Christian — unsure of which tenant to approach — disperses print-outs demanding the return of his things to every apartment.

The scheme has unwitting fallout for one furious little boy (Elijandro Edouard). Meanwhile, Christian spends an awkward night with the journalist, Anne, that includes both an unexplained chimpanzee walking around her apartment and a tense post-coital debate when Anne offers to discard the used prophylactic, rousing Christian's suspicions. He later comes under fire for an ill-conceived marketing campaign for "The Square" that threatens his high perch.

"The Square" is populated by reminders of our more primitive impulses. In one terrific scene, a man with Tourette syndrome interrupts a well-attended conversation with a highfalutin conceptual artist (Dominic West). In the film's centerpiece, a muscular performance artist posing as a gorilla (Terry Notary of "The Planet of the Apes") runs amok at a fancy fundraising dinner. He stalks the well-dressed attendees until an air of real fear sets in. Only after the performer has thoroughly harassed one woman does anyone dare to protest; once a single man stands up, dozens follow. Compassion runs in herds.

There's less balance to "The Square" than there was to "Force Majeure." Its tight early scenes (one favorite: a sea of commuters breezing past the entreaty to "save a life today" with answers like "not right now") give way to increasingly overwrought set pieces (like the dinner scene) that are eye-catching but implausible and, besides, lose the narrative. I'd also quibble with the very late entry of Christian's children who turn up in the film's final third to observe, impressionably, their father in his downfall.

But "The Square," where the enlightened and well-heeled are always gliding past beggars, remains a potent satire. The key, I think, is the exceptional Bang, a tall and dapper Danish actor who could legitimately play James Bond. He plays Christian with just the right cocktail of vulnerability and arrogance. That he's so easy to see through makes him, in a funny way, almost loveable.

"The Square," a Magnolia Pictures release, is rated R by the Motion Picture Association of America for "language, some strong sexual content and brief violence." Running time: 145 minutes. In Swedish and English with English subtitles. Three stars out of four.