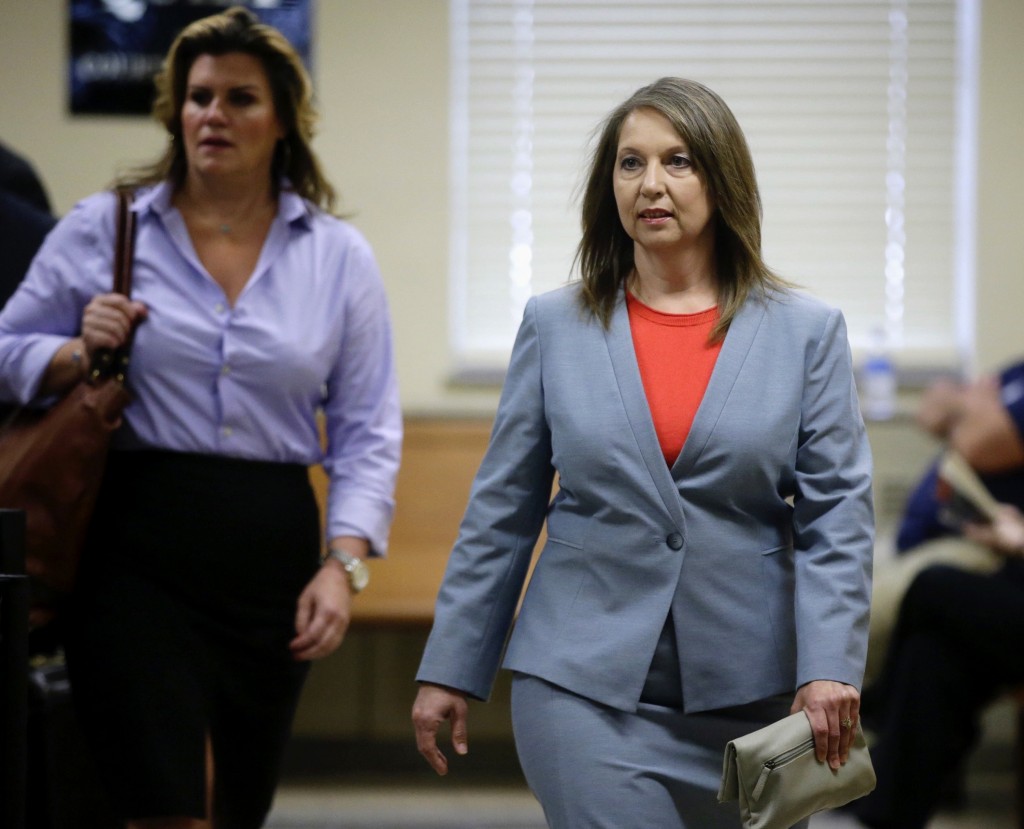 TULSA, Okla. (AP) — A judge has removed a manslaughter case from a white former Oklahoma police officer's record after she asked to have it expunged.

Shelby filed the request in August, three months after being acquitted.

She shot Crutcher, who was black and unarmed, after encountering him on a road. Crutcher's vehicle was in the middle of the road.

Shelby returned to work in an administrative capacity two days after her acquittal but resigned in July, saying she felt isolated from other officers. She was later sworn in as a reserve Rogers County sheriff's deputy.

Her case will only be accessible by court order.