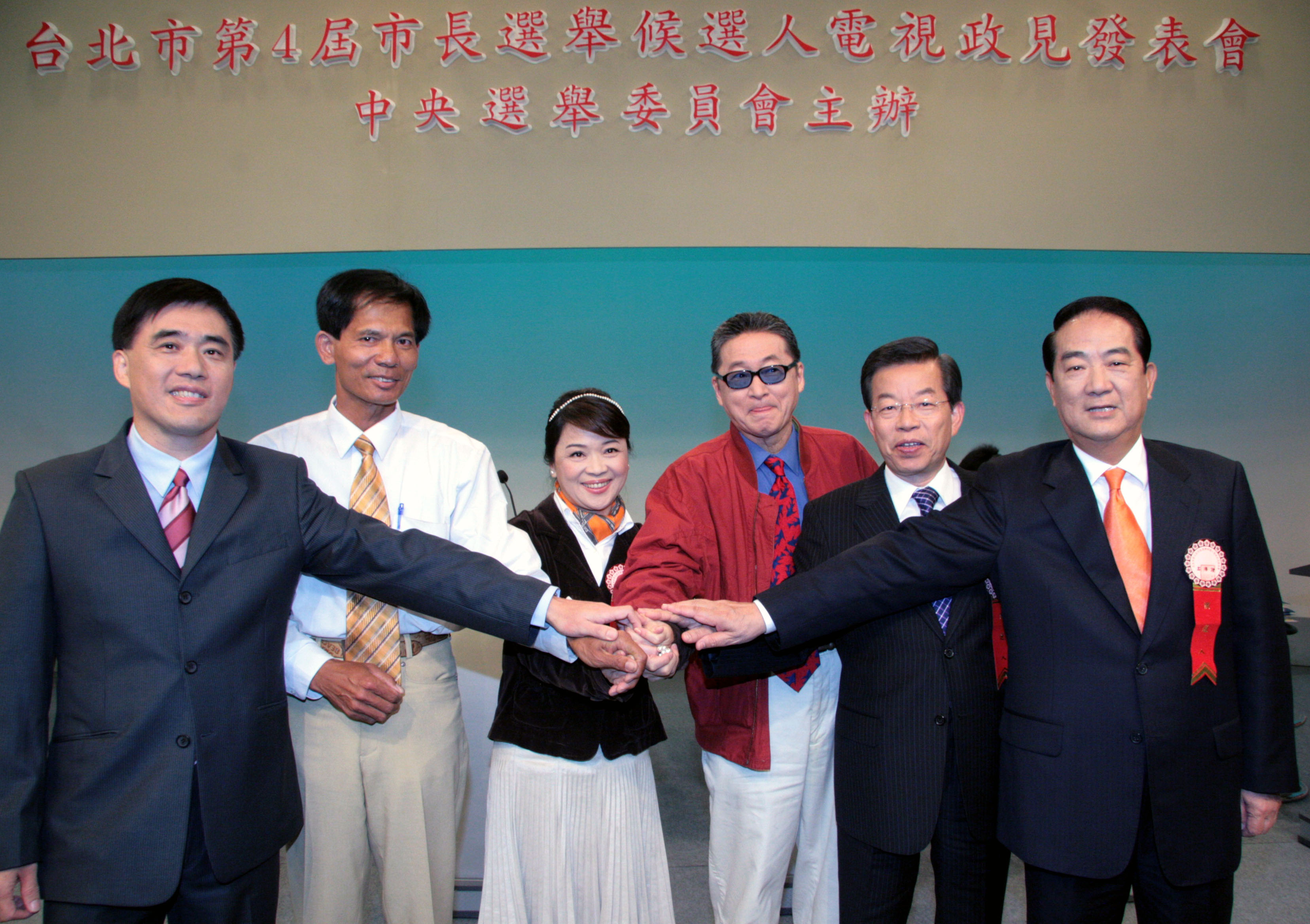 Taipei mayoral candidates yesterday all presented themselves as the best choice to revitalize the city's old communities, if elected on December 9, with the frontrunner, Kuomintang candidate Hau Lung-bin (郝龍斌), vowing to clean up the Danshuei River within his first four-year term.
But Democratic Progressive Party standard-bearer Frank Hsieh (謝長廷) and independent contender James Soong (宋楚瑜) both said Hau's campaign pledge has no chance of being realized and urged Taipei residents to gauge the candidates on the basis of their qualifications instead of their partisan ties.
The six mayoral candidates exchanged fire for the second time in two weeks in a televised forum sponsored by the Central Election Commission.
Hau, who enjoys a 20-percent lead over his rivals in popularity ratings, reiterated his intention to make cleaning up the Danshuei River his top policy goal if he wins the election which will be held in two weeks time.
With a population of 2.62 million, the capital city is dubbed a pan-blue stronghold as past elections have show that its voters favored KMT candidates over their DPP competitors by a 6 to 4 margin.
Mainland Chinese immigrants and their descendants, who comprise over 20 percent of the city's electorate, play a key role in consolidating the pan-blue edge as this group distrusts candidates with independence leanings.
Hau, whose father Hau Pei-tsun (郝柏村) served in many key government posts under the former KMT administration, drew immediate support from this group though he reinstated his KMT membership just in time this year to gain the party's mayoral nomination.
A former lawmaker and environmental protection minister, the junior Hau, 54, has sought to portray himself as a young, squeaky-clean politician who loves sports as much as the outgoing popular Mayor Ma Ying-jeou (馬英九).
Hau promised again to "revive" the Danshuei River, which spans Taipei City and Taipei County, at a cost of NT$12 billion and to erect recreations parks along its banks. The project, the KMT candidate added, will also restore economic prosperity to old communities in Wanhua and Tao Tiu Tian, areas that have deteriorated from the city's busiest thoroughfares to eyesores.
"In my dictionary, there is no such phrase as 'it can't be done' but only 'it can be done satisfactorily,'" Hau has said in a TV commercial.
Hau's rivals, however, said the KMT camp is making pledges it cannot fulfill.
Hsieh, whose popularity hovers around 20 percent in assorted polls, said Hau is wanting in administrative credentials, adding that it would be a myth to think the Dansheui River could be made pollution free in four years.
Hsieh, 60, a former premier and Kaohsiung mayor, argued it would be more realistic and desirable to boost the city's night markets, many of which have suffered business slumps under Ma's stewardship.
"Night markets are a key part of the city's culture and a shared memory among people of my generation," the DPP candidate said. "The closure of the Yuanhaun night market, particularly, deprived Taipei residents of a precious memory."
Campaigning on the theme of love and trust, Hsieh said he will adopt a healthy dose of humanism in running the capital city.
To that end, Hsieh said, he intends to close the city's Songshan Airport after construction of a rapid transit system linking Taipei City and Taiwan Taoyuan International Airport has been completed in five or six years time.
The domestic airport, 7.5 times as large as Ta-an Forest Park, can generate NT$300 billion if it is turned into a recreational park and a commercial complex, Hsieh noted.
The project will relieve residents nearby of noises caused by aircraft takeoffs and landings, and real estate prices in the area will shoot up, Hsieh said, pledging to finalize major public works plans in the first year of his mayoral tenure if he wins.
People First Party Chairman James Soong, who is running as an independent, disagreed with the plan and instead proposed direct links between Songshan Airport and major cities in China.
Soong, 64, a former provincial governor, argued that the city should engage in greater efforts to make it more internationalized, like Seoul, Tokyo and Shanghai in neighboring countries.
The PFP chair, whose popularity stands at eight percent, is competing for similar groups of voters as the KMT candidate. Soong touted himself as the most diligent, saying he has walked through the city's 449 boroughs in the last year in an attempt to understand their needs.
He promised, if elected, to overhaul construction ordinances so that the city could build more skyscrapers like Taipei 101 to attract more foreign investment and tourists. Again, Soong challenged Hau to explain why he failed to protest in 2002 when President Chen Shui-bian (陳水扁) portrayed Taiwan and China as "one country on each side" of Taiwan Strait. Hau was chief of the Environment Protection Administration at that time.
Other candidates Lee Ao, Clara Chou and Ko Szu-hai Shih-hai are considered also-runs. Lee, an independent lawmaker, focused his debate on persuading the central government to lift the city's stature. Chou, the only female candidate, said she would provide greater financial incentives to encourage female residents in the city to have more children. Ke, said he will ban the killing of stray dogs if he is elected.