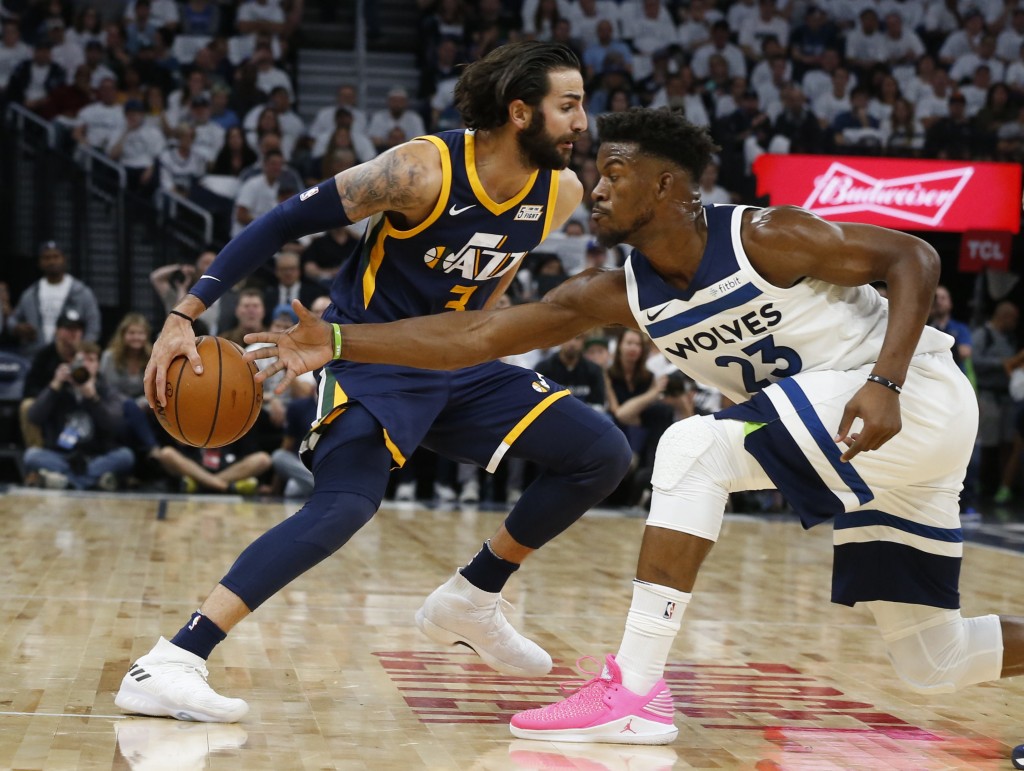 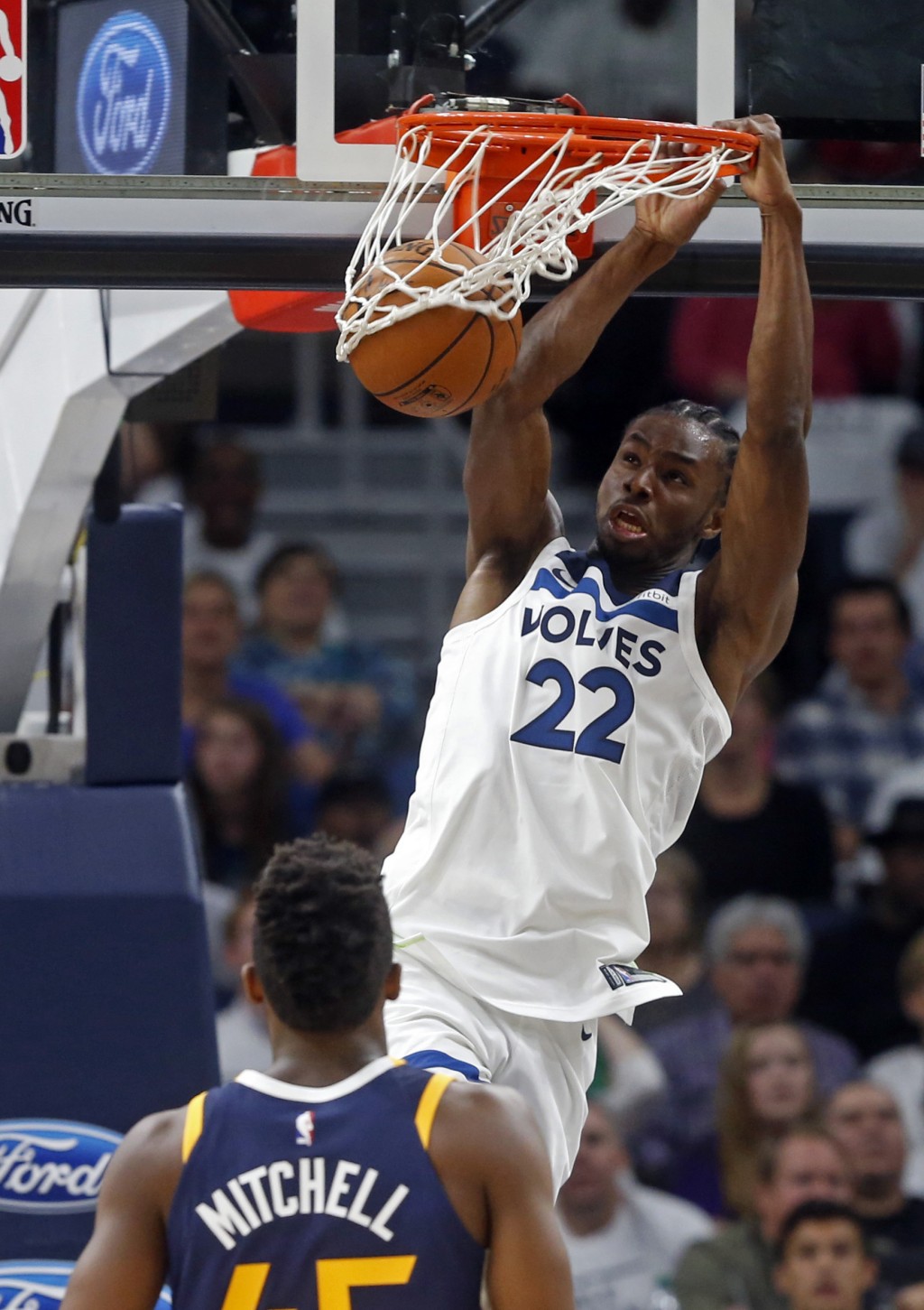 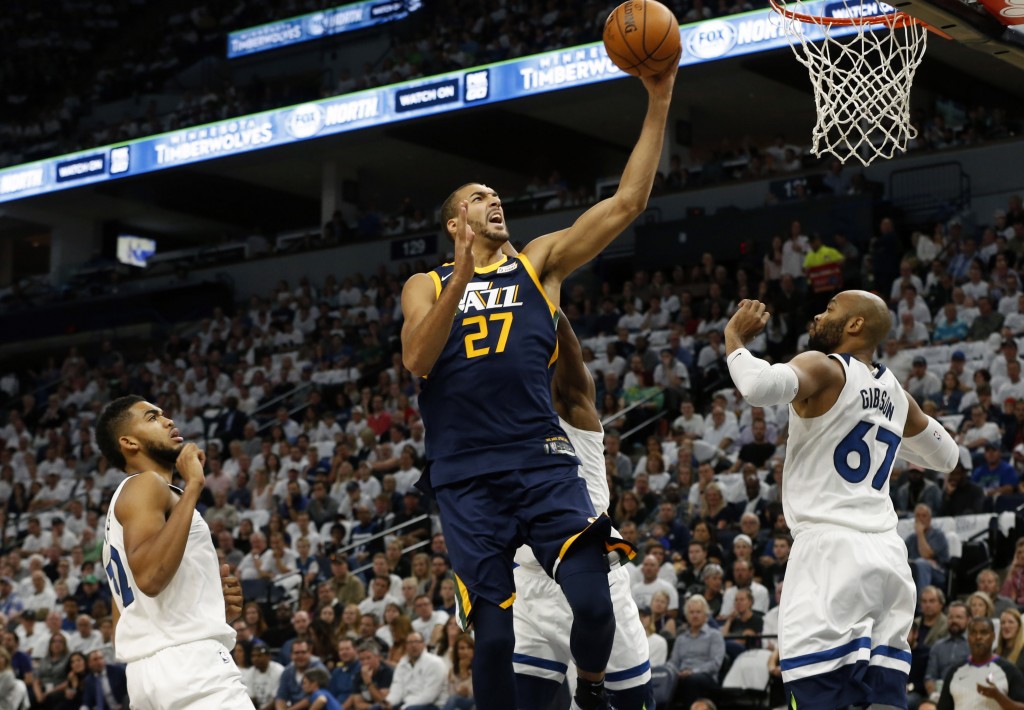 MINNEAPOLIS (AP) — Jamal Crawford scored all 17 of his points in the fourth quarter and hit a 3-pointer with 27.5 seconds to go that helped the Minnesota Timberwolves hold off the Utah Jazz 100-97 in their home opener on Friday night.

Andrew Wiggins had 21 points and Karl-Anthony Towns added 20 points and 10 boards for the Timberwolves in their first victory of the season. The Wolves led by 10 with five minutes to go before former point guard Ricky Rubio rallied the Jazz. But Crawford buried a 3 from the corner, his third in the period from beyond the arc, to clinch the win.

Rubio had 19 points, 10 assists and five rebounds in his first game back in Minnesota. Rodney Hood scored 20 points before leaving with a left ankle injury, Derrick Favors scored 16 points and Rudy Gobert had 10 points and 12 rebounds for the Jazz.

Rubio spent his first six seasons in Minnesota before being traded to Utah in July. He received a standing ovation from the crowd upon introductions before the game. He badly outplayed Jeff Teague, the point guard Minnesota jettisoned Rubio for, scoring 10 straight points for the Jazz in the final three minutes, including a free throw that put them up 96-95 with 55.6 seconds to play.

Jimmy Butler hit a pair of free throws after Crawford's 3. Joe Johnson missed a desperation heave at the buzzer for the Jazz.

Jazz: Hood left the game after an awkward step through traffic and could put no weight on his left foot. ... F Ekpe Udoh had another strong performance with three points, four rebounds and two blocks in 15 minutes. ... The Jazz turned it over 19 times for 26 Timberwolves points. ... Rubio is the first Jazz player to have back-to-back double-digit assist games since Shelvin Mack in March of 2016.

Timberwolves: The Wolves announced a sellout of 18,978, the first sellout of a home opener since 2012. ... Nemanja Bjelica had 10 points and five rebounds off the Wolves bench, which outscored Utah's 32-18. ... Butler finished with 13 points and seven boards. ... Teague had 10 points on 3-for-11 shooting and four assists.

The Timberwolves played their first game in the newly renovated Target Center. The building was closed for the summer as work was completed on a $140 million project that installed a new court, a gleaming new lobby and doubled the size of the home team locker room, which for years had been the smallest in the league.

"It doesn't even look like the same arena," coach Tom Thibodeau said.

Rubio got into it with Butler midway through the fourth when the two collided while heading up the court. Butler gave Rubio a little shove and then jawed at the Spaniard.

Both were charged with technical fouls on the play, and a smiling Butler waved to the crowd to get them on their feet.