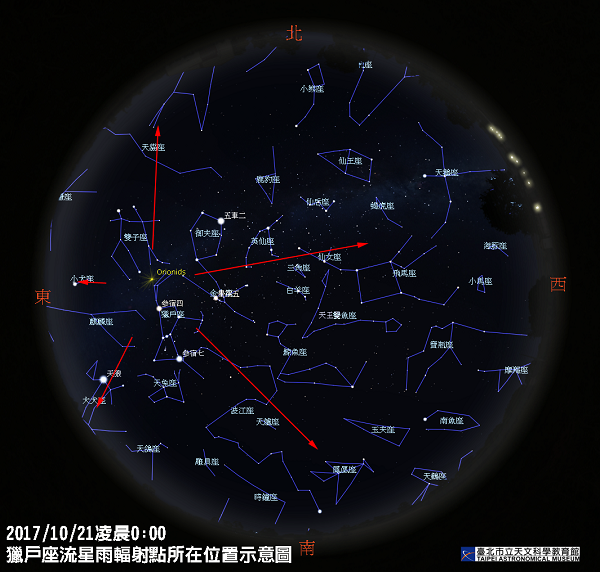 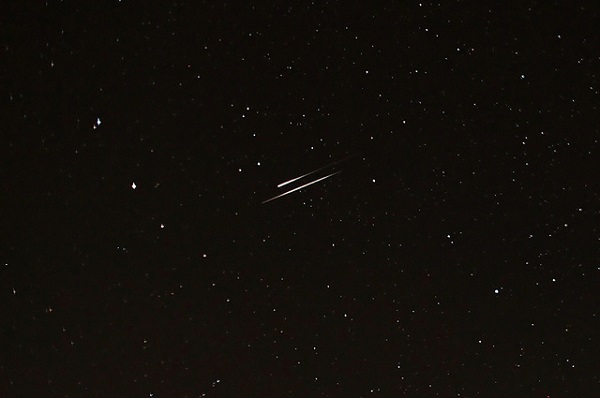 TAIPEI (Taiwan News) – The annual Orionid meteor shower is about to reach its peak on Saturday night, with 20 shooting stars expected to be observed per hour, announced the Taipei Astronomical Museum on October 16.

The museum said Saturday would also be a good time to observe Uranus, as it would come to a point where it is almost the nearest to the earth in a year.

Therefore, the museum will open one of its observatories from 7 to 9 p.m. to the public, and people can use the professional telescope for stargazing, according to the museum.

However, the rain might continue throughout the weekend and obstruct the visibility of the meteor shower, according to the weather forecast by the Central Weather Bureau (CWB).

The CWB also said on Thursday that a strong cold air mass striking the island might bring down the temperature in northern Taiwan to below 20 degrees on Saturday.

The museum said the Orionid meteor shower is a medium-scale shower constituted by the particles of the Halley's Comet. The shower generally takes place between October 2 and November 7.

This year, the peak time would fall on October 21, but the time between the night of October 20 and the dawn of October 22 should also be good for observing the shooting stars, said the museum, adding that Orionid would rise from the east at about 10 or 11 p.m. every night.

People who want to watch the meteor shower are recommended to go to remote suburbs or mountainous areas where light pollution is less.

With respect to the possible flock of people rushing to Yangmingshan for stargazing, Taipei Transportation Department said it might implement traffic control around the Yangmingshan area depending on the weather and traffic condition. 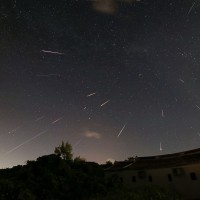 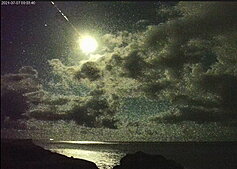 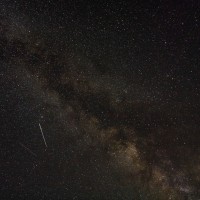