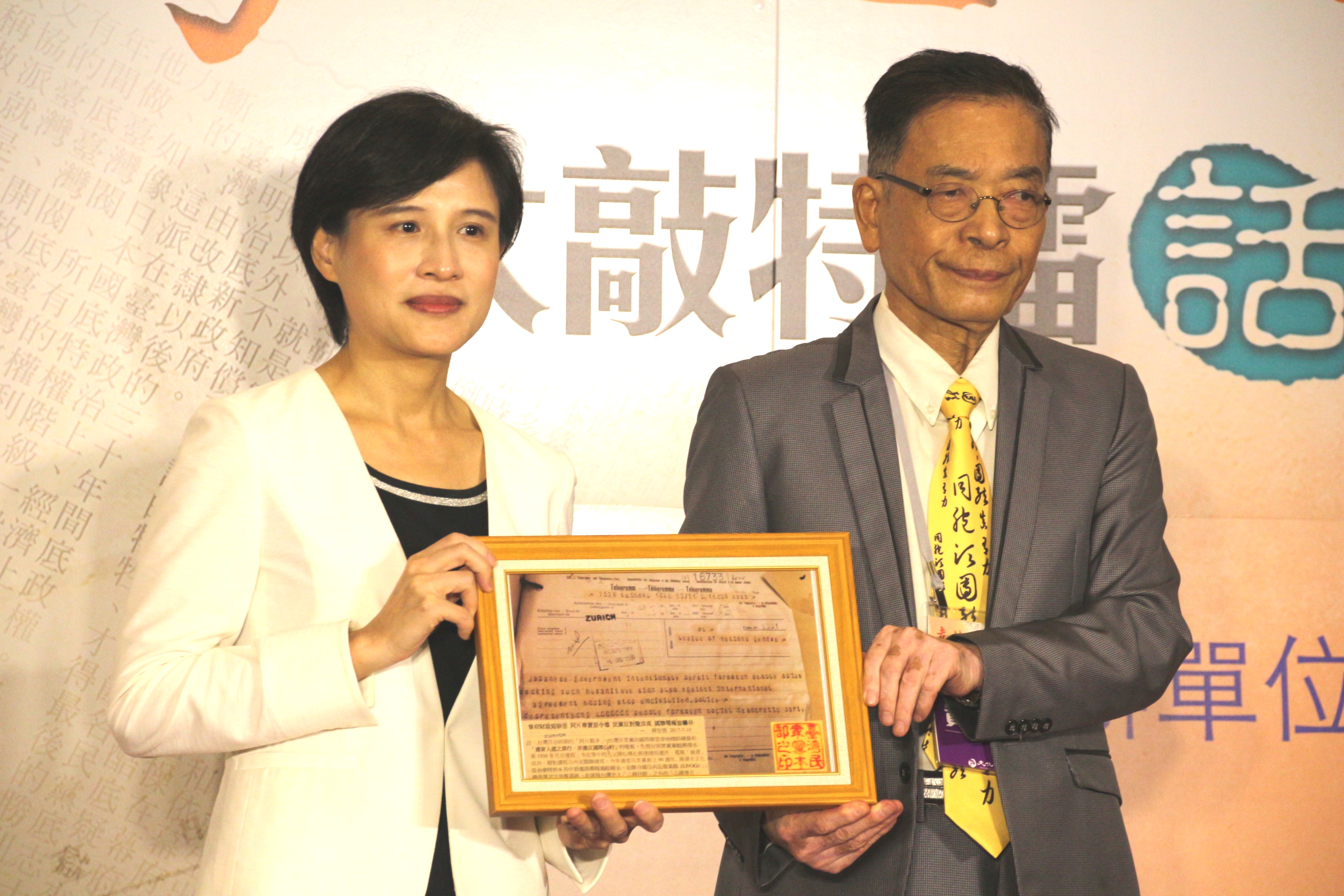 TAIPEI (Taiwan News) – As Taiwan’s Ministry of Culture is celebrating the Taiwan Culture Day, as well as the 96th anniversary of Taiwan Cultural Association (TCA), on Tuesday, October 17, with 147 museums nationwide offering free admission for citizens on this day, the ministry announced a plan to restore historical documents and manuscripts associated with cultural enlightenment led by the organization.

In her speech, Minister of Culture Cheng Li-chiun expressed her appreciation for the contribution of the TCA to the development of the nation's culture and democracy, saying that exactly 96 years ago, the pioneers of Taiwan’s cultural and democracy movements, including Chiang Wei-shui, laid a strong foundation of awareness for the country’s burgeoning democracy through enlightenment-based newspapers, speeches, plays and workshops.

"Today, Taiwanese young people use their own way to preserve and interpret local stories and culture either in the form of literature, music or movie, and bring it to the world stage in the creative perspective,” said Cheng. The locally-produced drama “The Teenage Psychic” and the movie “The Great Buddha+” were named by Cheng as successful examples.

At Tuesday’s launch event of Taiwan Culture Day activities, the Chiang Wei-shui Cultural Foundation presented a photograph of a 90-year-old telegram, which was on display in Geneva, to show support of the ministry’s initiative to restore historical documents which are part of Taiwan’s democracy and cultural movements.

The telegram was issued by the Taiwanese People’s Party, founded in 1927, which secretly filed a complaint to the League of Nations, the predecessor of today’s United Nations, accusing the Japanese government in Taiwan of committing crimes against humanity by allowing the sales of opium on the island to jeopardize the health of Taiwanese people.

The restoration plan will be jointly carried out by National Museum of Taiwan History, National Tsing Hua University Library, the Chiang Wei-shui Cultural Foundation and other leading cultural organizations in the country.