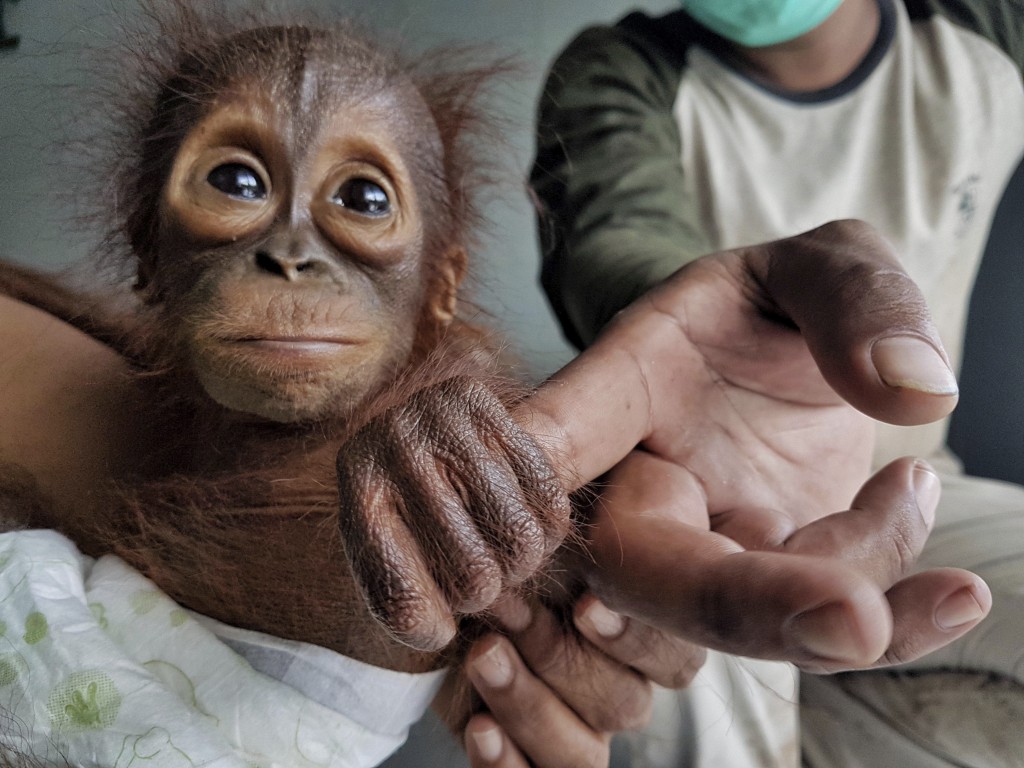 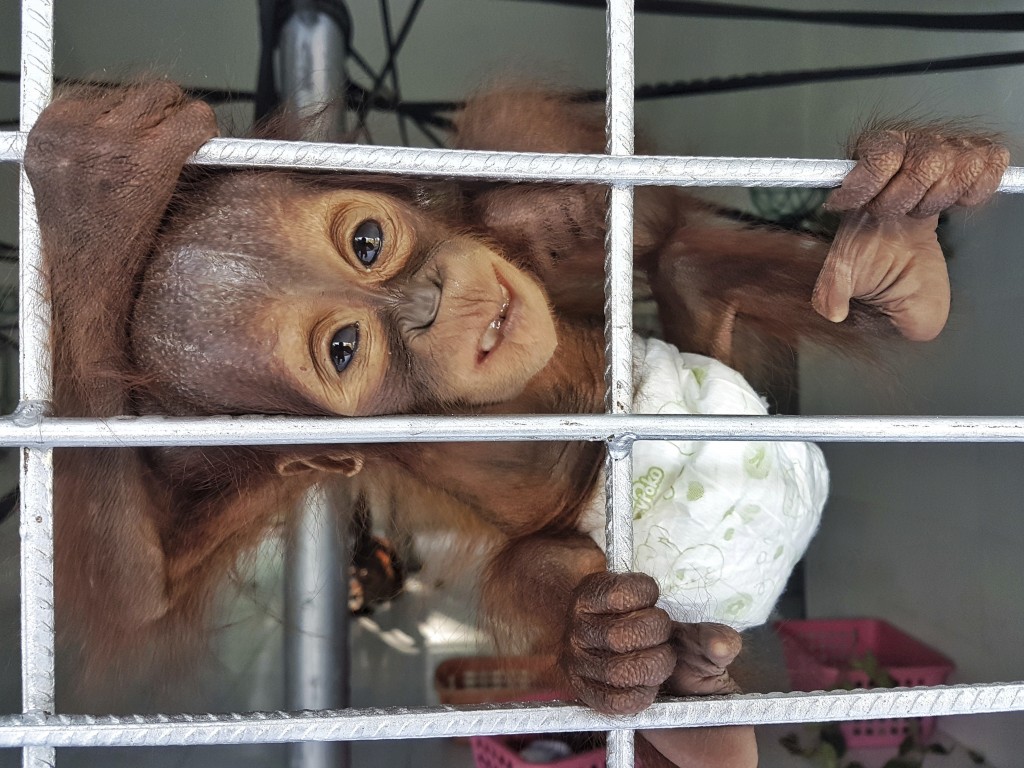 Borneo Orangutan Survival Foundation spokesman Nico Hermanu said Monday the two orangutans were rescued in separate locations by a joint team from the foundation and government.

A male 6-8 months old was rescued after being reported alone on a riverbank near a village in Central Kalimantan on Friday and a 3-year-old female, weighing only 5 kilograms (11 pounds), was rescued from villagers in the province the day before.

The foundation has found 19 baby orangutans so far this year.

It says that as more forests are cleared, "hunters are able to reach previously isolated areas and orangutans."