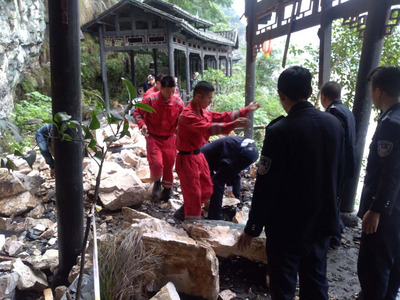 TAIPEI (Taiwan News) -- The three members of a Taiwanese tour group who were killed by a landslide in the Three Gorges scenic area (三峽) of China’s Hubei Province Sunday included cinema owner, a film critic, and a radio host, while the two injured included a filmmaker and a movie studio executive.

The tour group was organized by an association of movie theaters, and the deceased included the owner of the Sando movie chain (三多影城) in Kaohsiung, Wang Hsueh-hung (王雪紅), film critic and radio host Ko Shih-chiang (葛世強), who also served as the marketing manager of a prominent cinema chain, and movie director Lee Chih-chiang (李志強). The three were all killed when a landslide buried their bus carrying 43 tourists and two tour guides was hit and buried by falling rocks as it was passing through an area part of the city of Yichang (宜昌) Sunday morning.

Among the injured included film maker Li Chih-chiang (李志強) and Central Motion Picture Co. Assistant Manager Kung Ching-chang (孔慶昌), who suffered serious injuries, but are not considered life-threatening. Meanwhile, the dozens of other passengers were unharmed and allowed to continue on their voyage by ship on the Yangtze River, according to the association.

Liberty Times reported that Wang's father, Wang Ching-ho (王慶禾), was the younger brother of former Kaohsiung mayor Wang Yu-yun (王玉雲). She was a well known owner of a cinema chain and friends and employees described her as humble, sincere, and warmhearted, and were all saddened to hear of her passing. Taiwan’s Straits Exchange Foundation (海基會) was going to send officials along with the relatives of the tourists to the site, reports said, while it had contacted the relevant authorities in Beijing to provide assistance.

According to reports, the Yichang area has been hit by repeated torrential rain, affecting more than 2 million residents of the region.

The voyage had been organized by the travel agency Trans Continental (東晟旅行社), based in Taipei, reports said. The group had arrived in China on October 13 and was due to return home on the 19th. 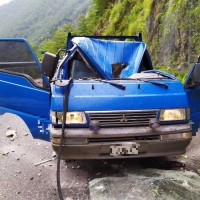 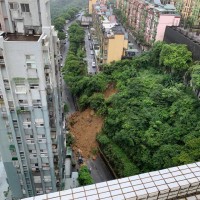 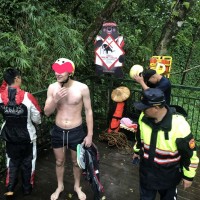 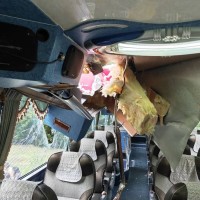 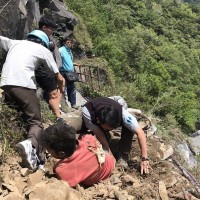