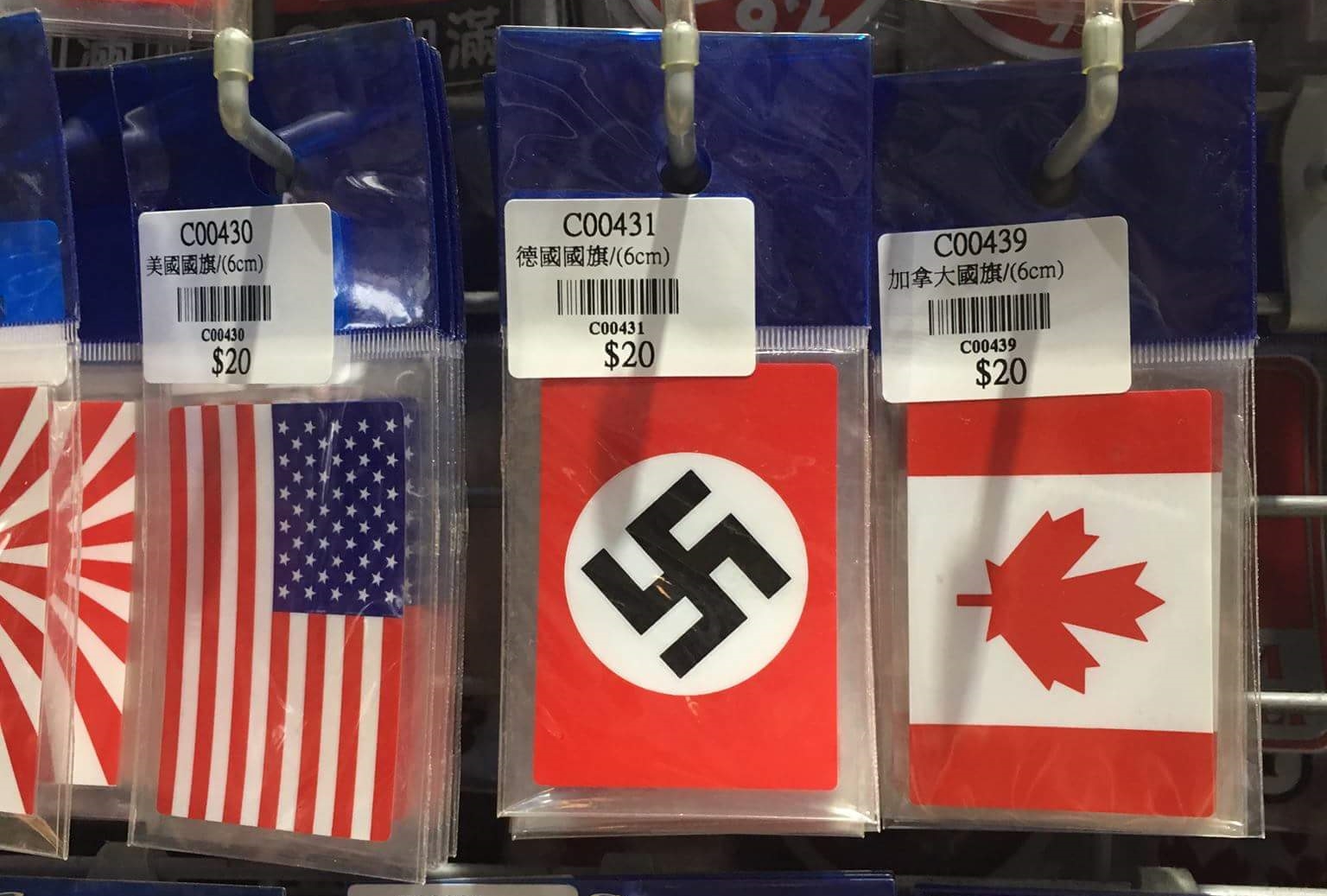 TAIPEI (Taiwan News) -- After much furor erupted on social media when images of Nazi swastika flags for sale in a store in the Hsinchu County town of Zhubei (竹北), and after a complaint by the representative of Israel in Taiwan, the store owner agreed to take the offending items off the shelves, reported CNA.

The manager of the store, Ho Tung-tsan (何東燦), in an interview with CNA said that he did not do a good job of keeping track of all the items being sold on his shelves, and that he will carefully review his inventory of items for sale to avoid similar situation from reoccurring.

The uproar started when a netizen named Ted Pillar put a picture on the Facebook forum Xinzhu Baoliao Gongshe (新竹爆料公社) showing stickers of several flags, with the Nazi emblem being labeled in Chinese as “the flag of Germany” hanging between the Stars and Stripes of the U.S. and the Canadian Maple Leaf.

In a statement issued Saturday, Israeli representative Asher Yarden said the authorities in Taiwan should take action to have the shop remove the stickers from sale, as they represented the evil regime behind the Holocaust and the spread of hatred. He also expressed the hope that Taiwan would take steps to teach the meaning of the Nazi symbol in its education system, so Taiwanese understood its true nature, the Chinese-language Apple Daily reported.

Over the years, incidents have been recorded in Taiwan of students dressing up in Nazi uniforms, subway passengers wearing Nazi Waffen-SS uniforms, motorcyclists wearing Nazi helmets and ads for German-made heaters featuring cartoons of Adolf Hitler.