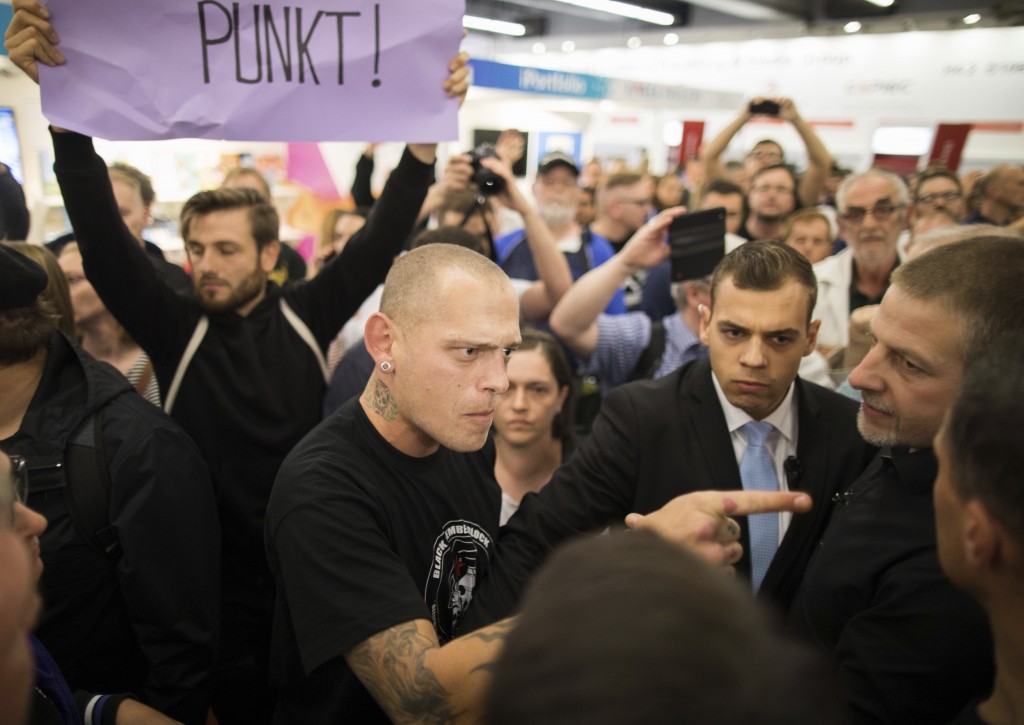 BERLIN (AP) — Police say a heated clash between left-wing and right-wing groups at the Frankfurt Book Fair has resulted in three arrests.

Police said Sunday that three people were temporarily detained, but didn't specify to which group they belonged. They urged witnesses to come forward.

A spokeswoman for annual book fair denied reports of a brawl, but said there had been "unpleasant comments" from right-wing activists.

Antaois is considered part of the intellectual vanguard of nationalist movements in German-speaking countries.