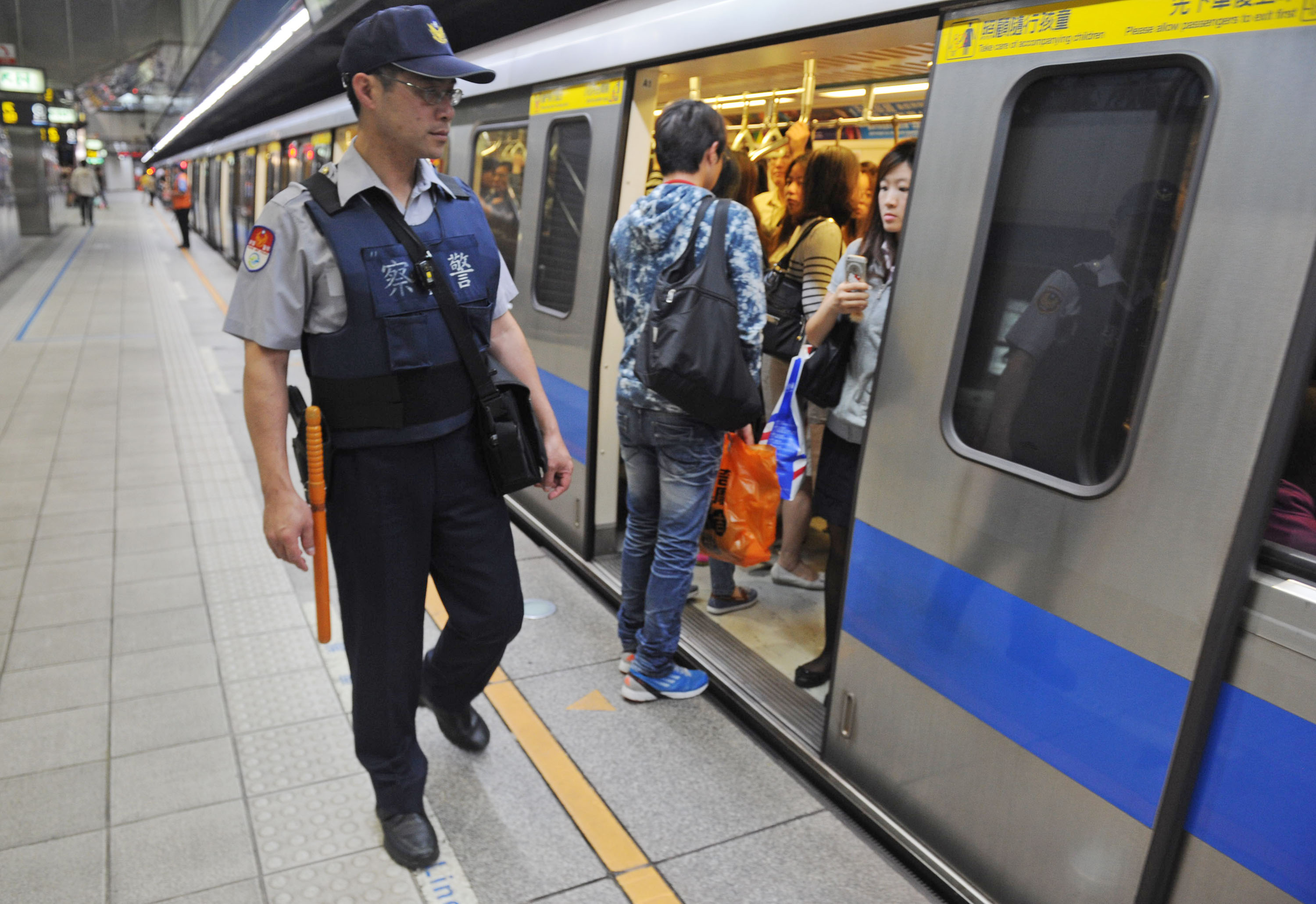 The move is due to concerns about terrorist attacks around the world such as the London tube bombing, the Marseille knife attack and the recent Las Vegas mass shooting, according to a press release issued by the Taipei City Police Department.

Police shields will be placed inside the metro information booths in case of emergencies and coordination will be kept with Taipei MRT's control room of any suspicious findings, Shen added.

He also said that communication with respective local area police stations in Taipei and New Taipei will also be maintained.