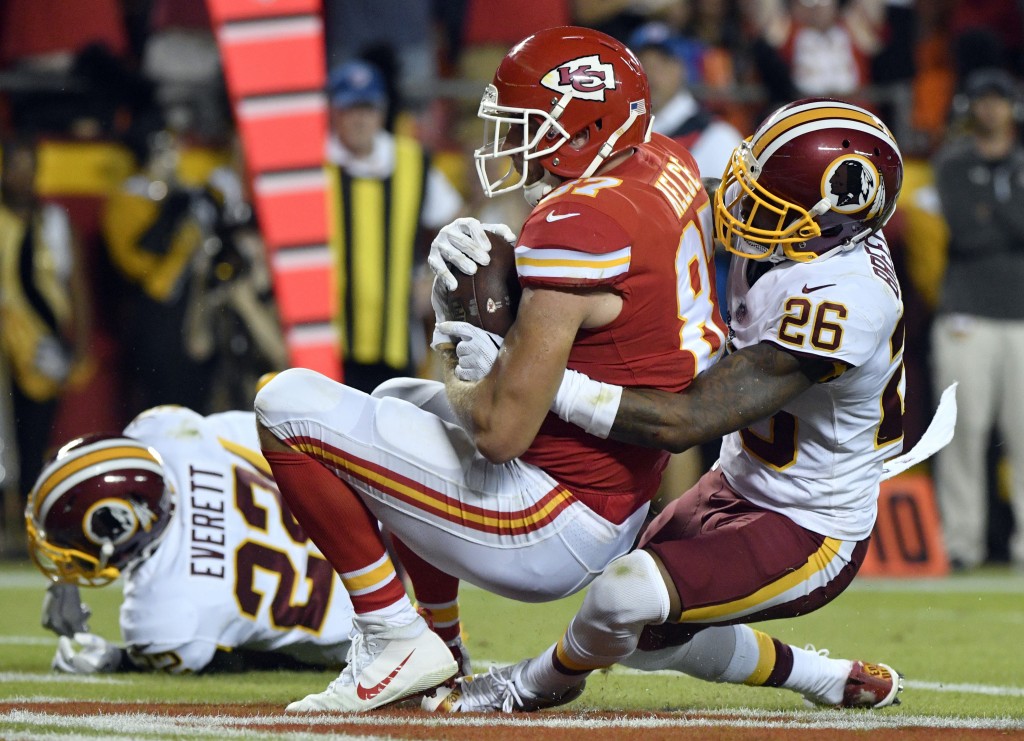 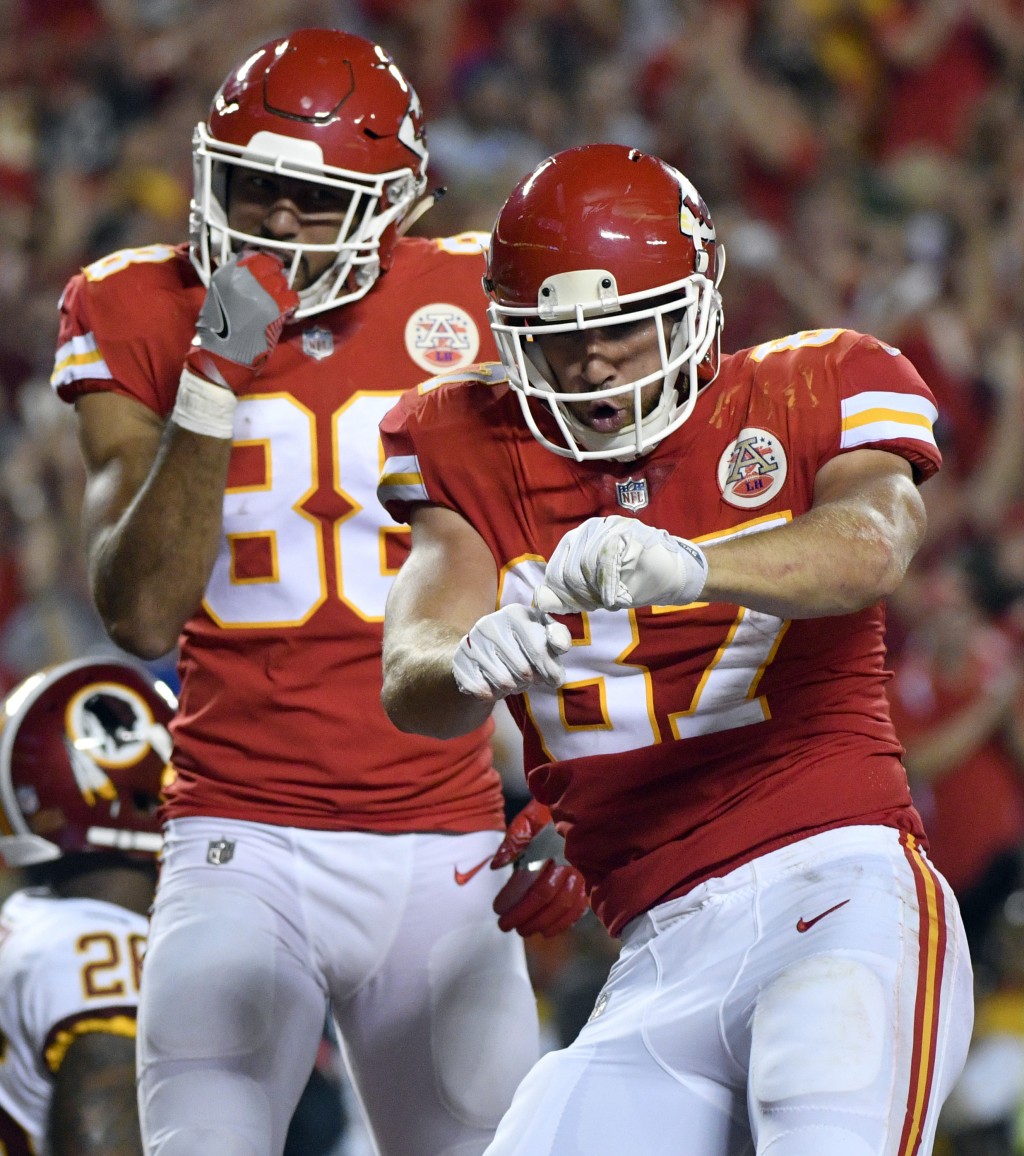 KANSAS CITY, Missouri (AP) — Chiefs kicker Harrison Butker drilled a 43-yard field goal with 8 seconds left in his first game, atoning for an earlier miss and helping Kansas City to a 29-20 victory over the Washington Redskins on Monday night.

Signed off the Carolina practice squad earlier in the week, Butker missed a 46-yarder in the first half before hitting three attempts in the second. The first tied the score 17-all, the next gave the Chiefs the lead and the last made Kansas City (4-0) the league's only undefeated team.

The Chiefs put an exclamation point on the win when linebacker Justin Houston picked up a fumble as the Redskins (3-2) were trying to keep the game alive and returned it for a game-ending touchdown.

The last time there was only one unbeaten team through the first four weeks of the season was 2010, when the Chiefs were the final team standing. They went on to win the AFC West.

Alex Smith threw for 293 yards with touchdowns on the ground and through the air, and it was his 37-yard strike to Albert Wilson on a broken play that set up Butker's go-ahead kick.

Travis Kelce hauled in seven catches for 111 yards and a touchdown, while Chiefs rookie Kareem Hunt pounded away 21 times for 101 yards against the Redskins' stout defensive front.

Kirk Cousins had 220 yards passing and two touchdowns for Washington, but his throw to the end zone with 50 seconds left was dropped by Josh Doctson and forced the Redskins to kick a field goal.

That missed opportunity came back to haunt them less than a minute later.

The Redskins stunned the Chiefs early when Cousins found Terrelle Pryor over star cornerback Marcus Peters for a 44-yard touchdown pass, then drove to the goal line before settling for a field goal.

But the plucky Chiefs slowly fought their way back into the game.

Smith started to find his athletic tight end down the seam, then hit Kelce with a 17-yard TD strike late in the first half. The two connected again on third down shortly after the break, and Smith scored a few plays later when he fooled the defense with a quarterback-keeper.

The Redskins needed fewer than 2 minutes to answer: Cousins' 69-yard pass to Vernon Davis set up a short throw to Ryan Grant, who also beat Peters, for a touchdown and a 17-14 lead.

It was 17-all after Butker, signed to replace the injured Cairo Santos off Carolina's practice squad, made his first career field goal. Then, the Chiefs picked apart a Redskins defense down to four healthy defensive backs to set up his 32-yard kick.

After the Redskins tied the game once more, Butker delivered the biggest kick of his life.

Flags flew at half-staff and there was a moment of silence before the game for victims of the Las Vegas shooting. The Redskins then locked arms for the national anthem, while everyone on the Chiefs side stood with the exception of cornerback Peters and linebacker Ukeme Eligwe.

Redskins cornerback Josh Norman departed in the second quarter with a rib injury , and his backup Quinton Dunbar left early in the fourth. Running back Rob Kelley and safety Deshazor Everett also left with injuries for Washington, while Chiefs right guard Laurent Duvernay-Tardif was sidelined by a left knee injury on their second offensive play.

Washington gets a bye week before hosting San Francisco on Oct. 13.

Kansas City returns to the road to face Houston on Sunday night.