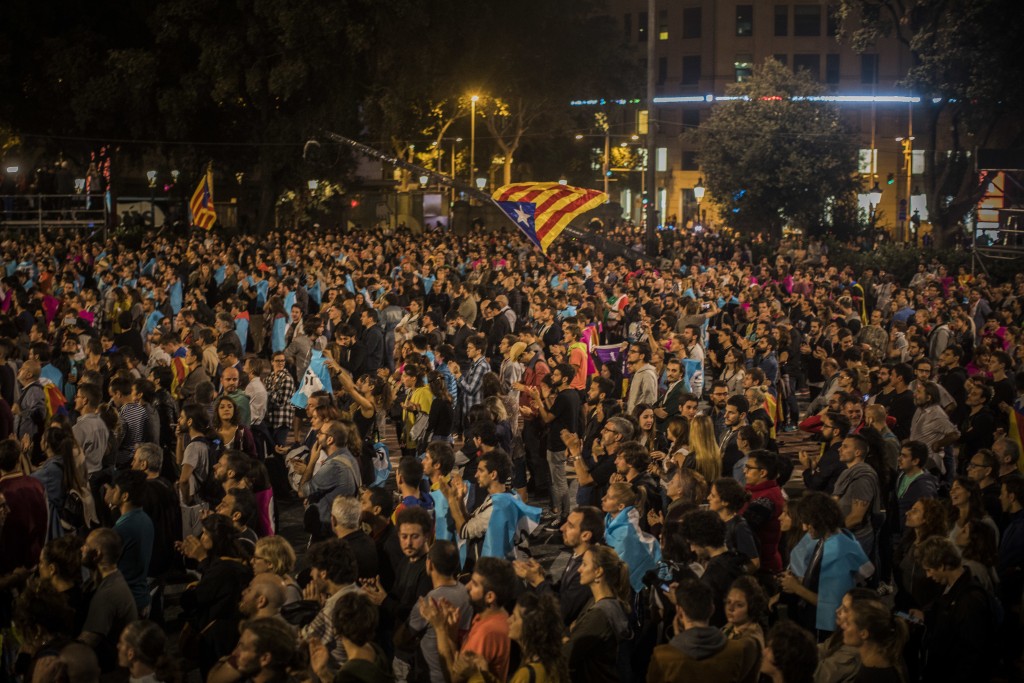 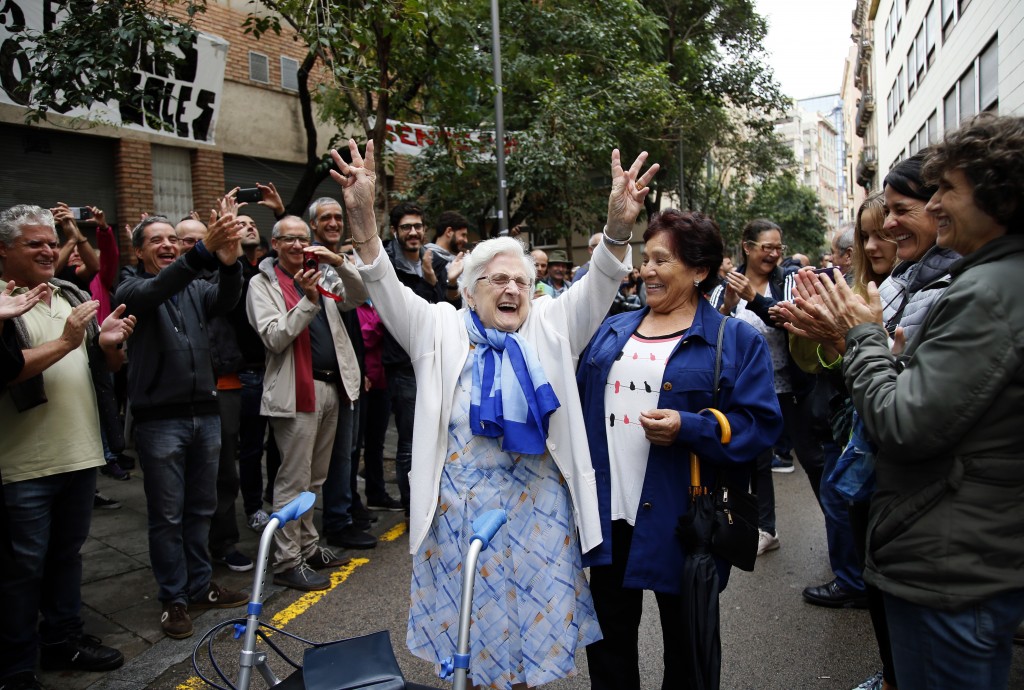 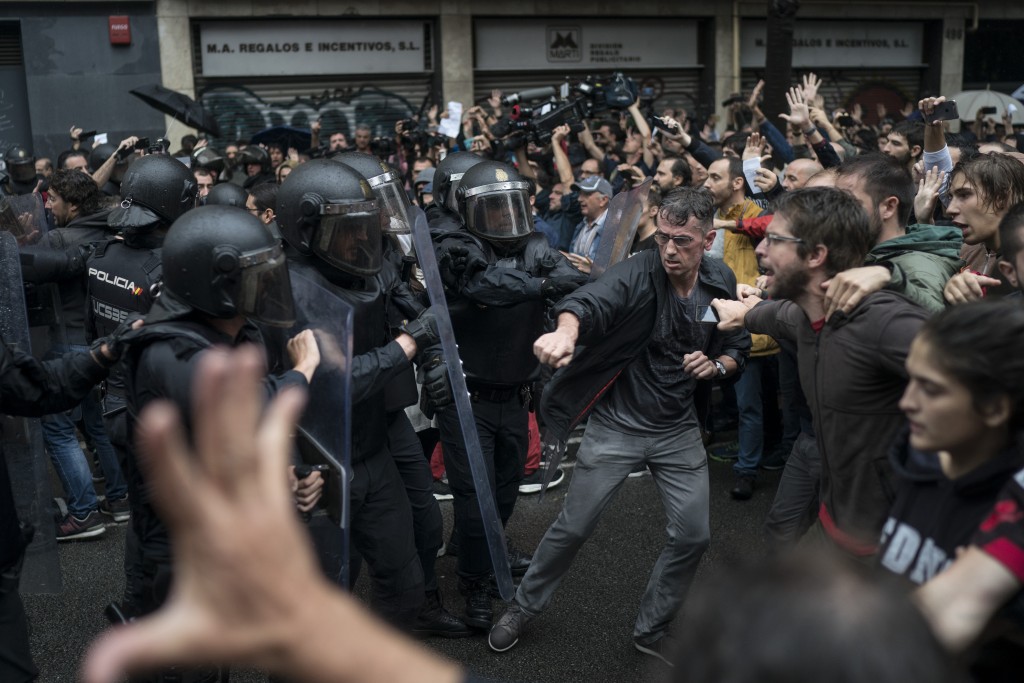 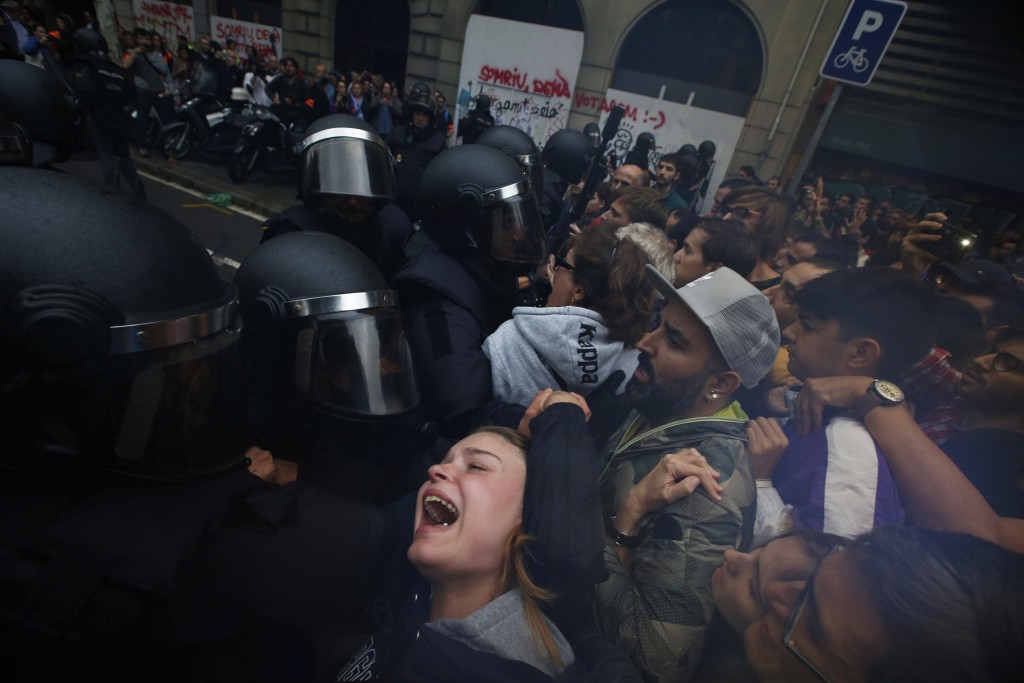 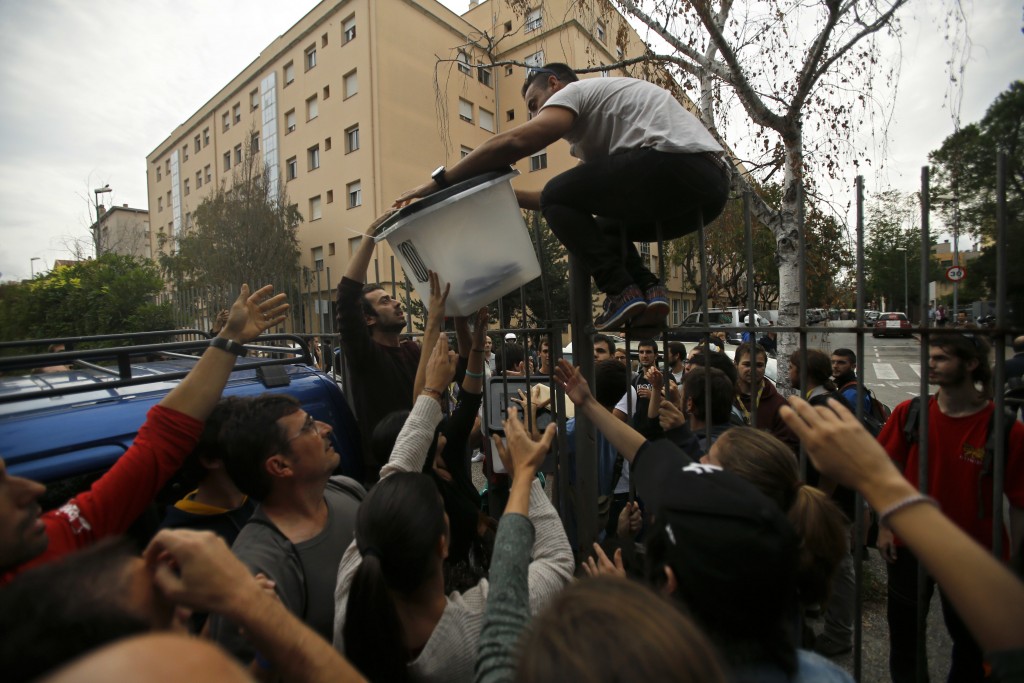 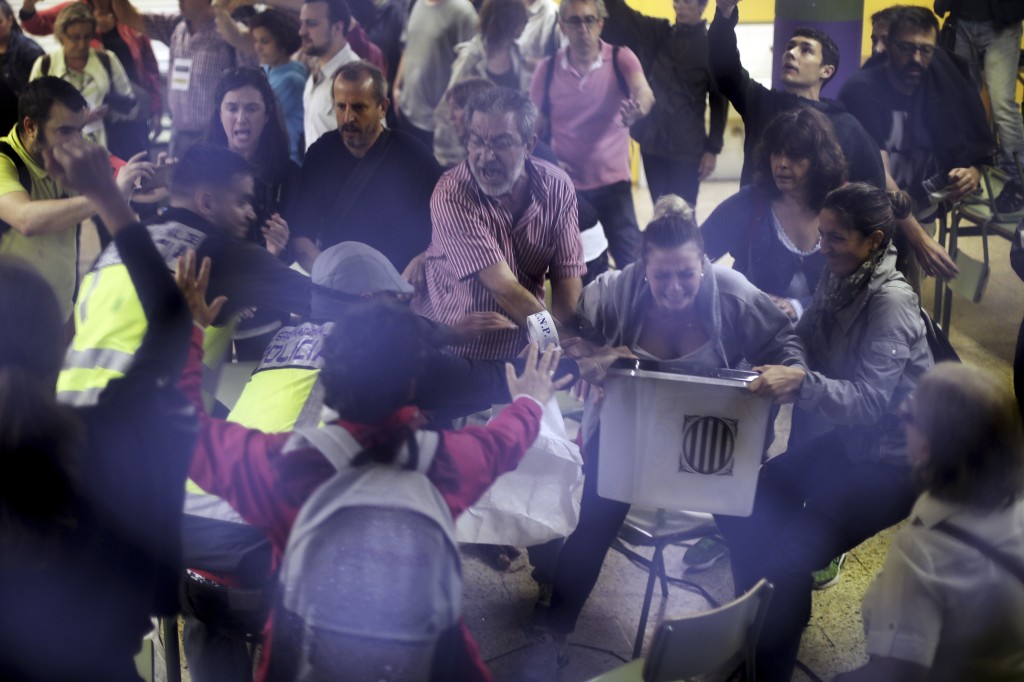 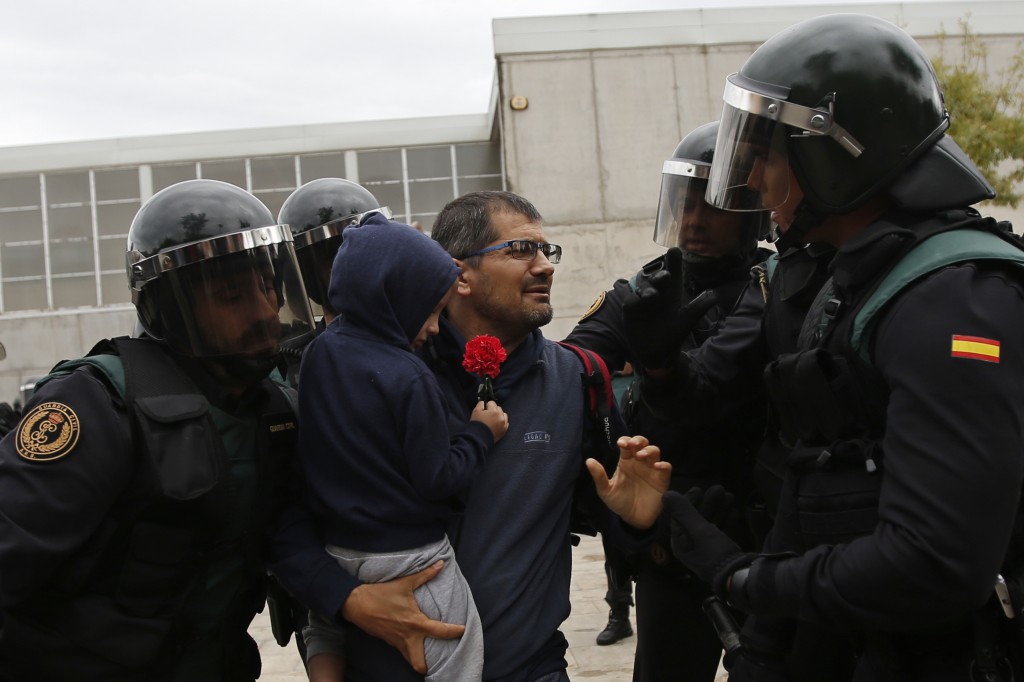 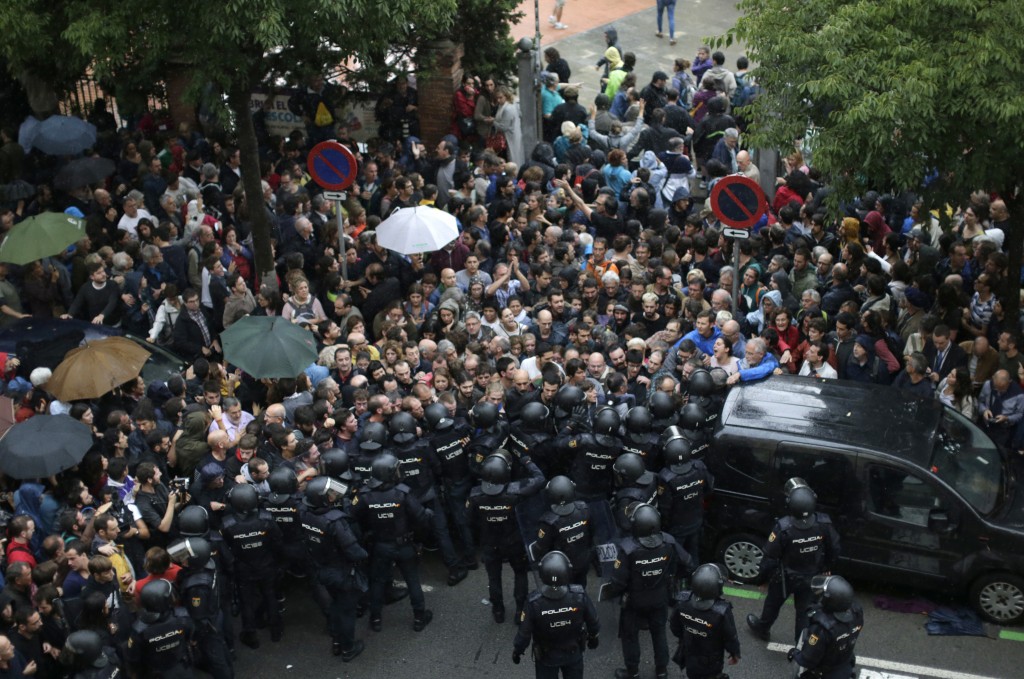 LONDON (AP) — Spain's image on the world stage has been tarnished by the worldwide broadcast of images showing its police attacking would-be voters in Catalonia, and those tactics have not slowed the Catalan government's march toward independence.

So the question lingers: Why, in the age of the smartphone, would Spain use force this way in order to quash a disputed independence referendum? Why not just declare the vote illegal and ignore it? Why hand the independence movement a public relations victory by using police to attack women, children and the elderly?

Analysts say the Spanish government apparently felt so threatened by the accelerating independence movement that it believed a show of force was needed to make it abundantly clear that even harsher tactics would be used if needed to keep Spain intact. The government was also confident, apparently with reason, that European Union leaders would not condemn the tactics Spain used to help prevent more splintering of the 28-nation bloc.

Chatham House director Robin Niblett said the Spanish government felt it had to act despite the consequences because it could not let the vote, suspended by the Constitutional Court, proceed.

"I'm sure they expected it to get ugly," he said. "I'm sure they knew there was a real risk of it looking like democracy was being suppressed. But they know they have support in the rest of Spain, so the political risk domestically was worth taking."

He conceded the cost was high because of the disturbing images that emerged.

"They didn't want shots of police pulling women by the hair," he said. "That's stupid, that's really frustrating to them. In a way that becomes the story."

Spain's leaders have not backpedaled or apologized for the use of force, an indication they are willing to take whatever international opprobrium comes their way. In fact, criticism from Europe's leaders has been relatively light, coming mostly from opposition figures.

Andrew Dowling, a specialist in Catalan history at Cardiff University in Wales, said "any government in the world" would have taken similar action if under direct threat.

"The Spanish government felt it had to stop the vote because they knew within 48 hours the Catalan Parliament would declare independence and then there is a really big crisis," he said. "They knew a 'yes' vote in favor of independence was guaranteed because most 'no' voters weren't going to participate. I think the very strong policing was used to send a message."

The Spanish government, he said, was counting on the Catalan police to remove people from voting places, but the regional officers "just stood by with their arms folded." So authorities sent in Spanish riot police, who had been brought in on ships for just such a possibility.

Dowling believes some police officers had been bored by their long confinement on the ships in the Barcelona port and took out their frustration on the public.

"Some of the violence was pretty shocking, unrestrained, and it didn't take into account age or gender," he said. "In the age of the iPhone, it gives vivid testimony."

The global broadcasting of the images, and the front-page display of the photos, may have strengthened the hand of independence movement leaders in their quest for international support, even if there is little appetite for breaking up a major European state at a time of rising instability in many parts of the world.

There is also strong anecdotal evidence, based in part on Associated Press interviews, that some who had planned to sit the referendum out, or to vote to remain part of Spain, instead voted for secession because of anger about police tactics.

Elisa Arouca said she was waiting to vote outside a Barcelona school when police yanked her and other prospective voters out of the way, smashed open the school door, and seized the ballot boxes inside.

"I was always against independence, but what the Spanish state is doing made me change my mind," she said before seeking out another place to vote — this time in favor of independence.

By this yardstick, the Spanish government's approach was not successful.

"They increased the independence vote by sending the police in," said Nafees Hamid, a research fellow at Artis International who has written extensively about Catalonia. "It definitely hurt them. If the independence movement was trying to malign the image of the Madrid government, they accomplished that goal. There were some who wanted just that, that was their strategy, and it really paid off."

He does not believe, however, that the police violence was widespread. He said he spent voting day touring Barcelona and did not witness any abuses.

"I saw police everywhere," he said. "They were not attacking buildings or stopping people from voting. It could be that the vast majority of thousands of police did not intervene, but there were some that did. It could be more at the level of individual police captains."