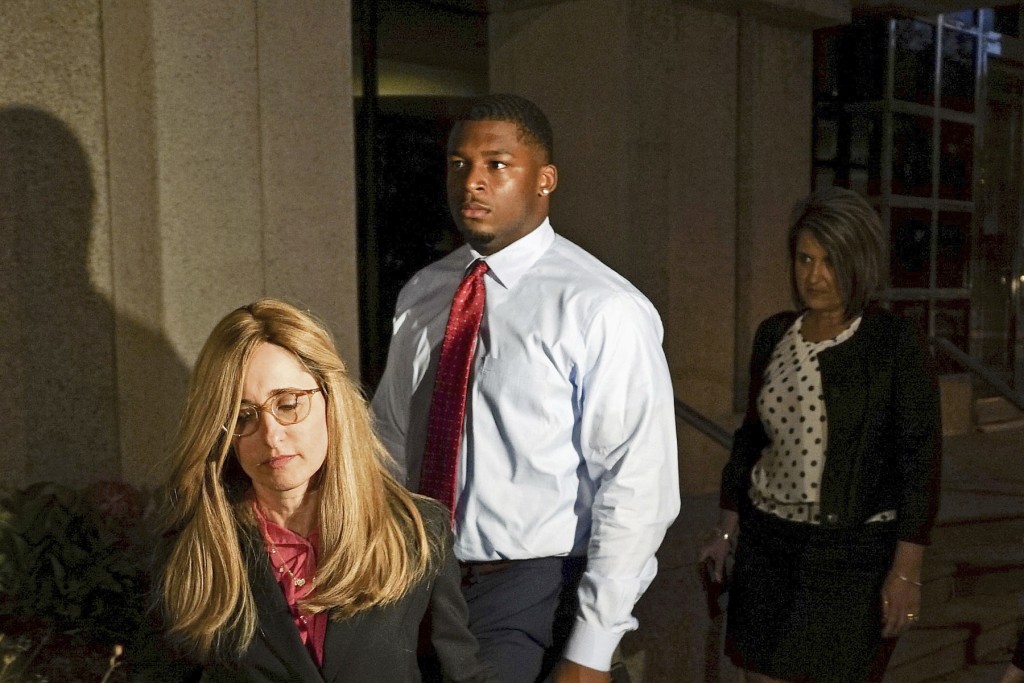 CLEVELAND (AP) — Youngstown State University has agreed to settle a federal lawsuit with a football player convicted of rape as a teen who sued after the school allowed him to join the team and then told him he couldn't play this season.

An attorney for Steubenville resident Ma'lik Richmond says he'll remain on the football team under the deal announced Monday. The university will pay for legal costs. Other terms of the deal were not made immediately available.

"He feels fine," said Robert Glickman, one of Richmond's attorneys.

Richmond made the team earlier this year but was told in August that he couldn't play after a student circulated a petition to keep him off the team.

Richmond filed suit against his school Sept. 13. A judge issued a temporary order at a hearing the next day allowing Richmond to play.

During the hearing, Richmond's attorneys argued that Youngstown State was contractually obliged to allow Richmond to play so long as he followed school rules. They said the university hurt Richmond's football career prospects by curtailing his exposure to professional scouts at the peak of his abilities.

Attorneys representing the university countered that the university didn't violate any contractual obligations to Richmond because he didn't take advantage of a school grievance procedure before filing suit. They argued the school has a right to stop Richmond from playing to prevent campus protests and disruptions to the team.

Richmond served about 10 months in a juvenile prison after he and a Steubenville High School teammate were convicted in 2013 of raping a 16-year-old girl during an alcohol-fueled party. The case brought international attention and led to allegations of a cover-up to protect the Steubenville's storied football team.

He was released in January 2014 and attended colleges in West Virginia and Pennsylvania before transferring to Youngstown State in the fall of 2016 as a sophomore.

Richmond and his legal guardians spoke with YSU President Jim Tressel and football coach Bo Pelini about him joining the team and both were supportive, the lawsuit said. Richmond made the team as walk-on defensive end in January.

After the decision was made public, a female student at Youngstown State began circulating a petition calling for the school to not allow Richmond to play football.

Youngstown State subsequently issued a statement in a university-wide email saying the school takes sexual assault very seriously, and that Richmond would be allowed to continue practicing with the team but would lose a year of eligibility.

Richmond quit the team after learning of the email.

Richmond's father, 51-year-old Nathaniel Richmond, was shot and killed Aug. 21 in Steubenville by a probation officer. Authorities said Richmond shot at a judge who returned fire before the probation officer killed Richmond.