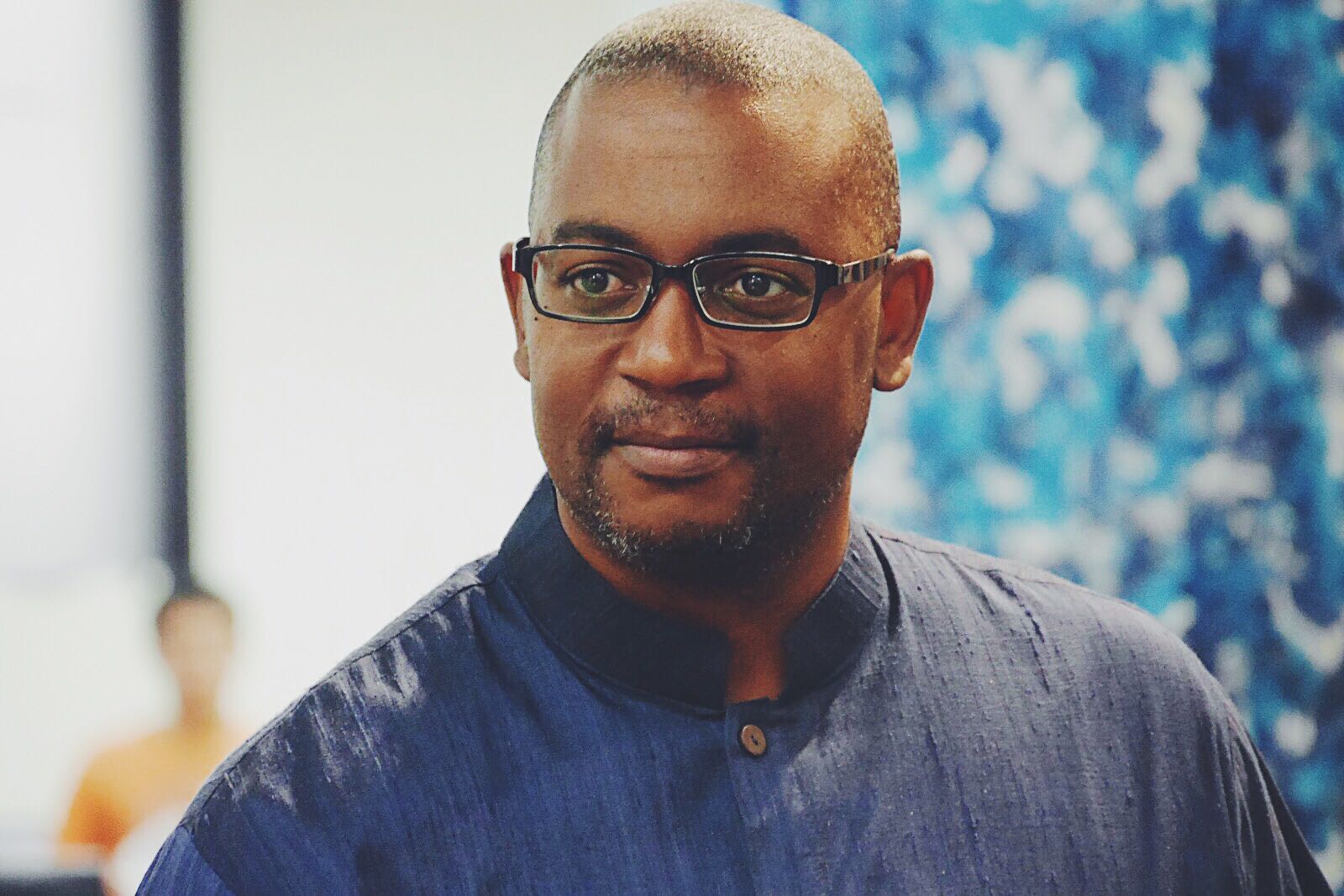 TAIPEI (Taiwan News) - XING Mobility CTO, Azizi Tucker, has always had a love for cars, and with a wealth of engineering experience built from spells in the Detroit auto industry, at NASA, and at Tesla, it was perhaps only right that he would go on to become the CTO of one of the most exciting contemporary electric vehicle companies. Here Azizi talks about his background, and how a partnership with XING Mobility CEO, Royce Hong, provided a opportunity to build a car that most of us could only ever dream about.

After college, I worked in the auto industry in Detroit, which had been my dream, but as I got closer to that dream of being a car designer, I realised that the auto industry wasn’t producing the products that I was interested in making, and were heavily impacted by the bankruptcies and bailouts of the year 2000. So, after about 3 or 4 years working in Detroit I moved on to work at the NASA Goddard Space Flight Centre because I wanted to work somewhere where they did cutting-edge technology.

At NASA I had a great experience doing composite structures and cooling systems for space craft, but I'd work for sometimes years on a project and I couldn't tell anybody about it! I felt a little bit hollow, a little bit empty that I couldn't share what I was doing, and also the pace of work was really slow. So, I moved back to California and joined Tesla Motors in late 2006 when there were maybe 60-80 people in the whole company.

I stayed at Tesla until 2012 and was part of the launch of the Tesla Model S, the Tesla Roadster. During that time I learnt a great deal about the automotive supply chain, particularly in Taiwan. I liked it and it seemed like a good sort of place to do business so I made the decision to move out permanently, consulting and making race cars here. Later I met Royce, now CEO of XING Mobility, and when we discovered a shared interest in disruptive technology, we decided to found a company with a focus on electric vehicles, and started XING Mobility.

Q. You previously mentioned that Taiwan seemed like a good place to do business. Why did Taiwan particularly stand out?

When I was working at Tesla I was responsible for Asia’s supply and development, so I was travelling throughout Asia, visiting factories and suppliers all over Asia. In that time, I really saw an advantage in Taiwan for doing engineering development, prototype, and design and build. A lot of people assume we would have gone to China to do something like this, but China is really focused on high-volume manufacturing and low cost products.

So, when we start talking about needing one or two pieces of something to build a prototype their factories are not set up in that way. Whereas, in Taiwan we have a lot of family owned businesses. Probably 80-90% of our Taiwan suppliers, we know the owner and we talk directly to the owner of the company. In China the companies can be so big that you don’t get that kind of leverage and flexibility that we need.

Q. What led you to get involved with electric vehicles?

I had been back in California for two or three days, and I saw an ad at Tesla, because right up until I applied for them (Tesla), they had been in stealth mode. They didn’t even have a website. They had just announced the vehicle and I don’t know what it was, but it just seemed feasible to me. Making an electric sports car, that should be fun, and they showed the performance figures and so I was attracted to the company, and by the car. At that time, it wasn’t so much the vision of building electric cars, or doing something sustainable to the future. I saw a product which looked exciting, and so my thought was that I’d like to work on this cool product. Not a cool product, I should say a fun product, because you know, I’m a car guy!

Q. Why did you decide to get involved with XING Mobility?

Well, as much as I love the Tesla Roadster and the Model S, my mother drives a model S, and it’s a car for my mother, it’s not a car for me. I mean, it’s almost a perfect car for my mother, but for me it leaves something to be desired. From a business stand point, Tesla have done exactly what they need to do, which is to go from the sports car, to the SUV, to more of a mainstream car. But that shift away from sports cars left a big hole in the market.

There was an opportunity to do the highest performance electric car, but not just performance from a power standpoint, but also from a chassis standpoint. Now it’s not so difficult to unlock this huge power from electric vehicles, but as far as I’m concerned, for the most part no one has done the chassis to match, and so we have cars which are really fast in a straight line, but they don’t really excite you or give the driver that fun feeling that we would see in something like a Lotus car or a Porsche.

Q. Where do you feel the future of electric vehicles lies?

I would say that electric vehicles will probably take over all urban transport and I imagine that long distance trucks may change to hybrid. It’s semi-inevitable in that there will be some cost-savings and a lot of quality of life savings. There’s pressure against the gasoline engine from a pollution standpoint, but also from a noise standpoint, and from a convenience standpoint. I think it’s something that is growing exponentially, so we’re kind of at the bottom of the growth curve, and it will accelerate every year, just as we’ve seen so far.

Q. I know you’ve got a lot going on here, but could you give a brief overview or guide to some of the technologies you’ve been developing at XING Mobility?

Our leading new technology is a modular liquid-cooled battery system. It’s liquid-cooled to allow for very high performance, very high safety and greater liability because we can predict the life of the batteries much more accurately and control the temperature very precisely. It’s the only solution in the market. That is modular so we can stack up and build different sizes and shapes of batteries extremely quickly.

In addition, we have an electric vehicle kit which allows you to build an electric vehicle in 5 minutes; it’s essentially a plug and play kit that comes with all of the motor controllers and hardware. You can connect your own motors or use our motors, and 5 minutes later you can be started. If you want to do an engine swap with an electric motor, we want to make it easy so don’t have to be an electrical engineer to do that. This is quite a key product for us because XING isn’t limited to cars, and we make all kinds of electric vehicles of a huge range of sizes. In fact, we may even have something with no wheels coming soon as well, something a little fun!

Q. What’s the most exciting or enjoyable aspect of this project (Miss R) for you?

I would say the performance of the car will be the most exciting aspect, you know being able to do 0-100km/h in less than 2 seconds is definitely going to be pretty exciting. Also, the other part is to be able to do a car design that is in many ways unlimited. In pretty much any other company or another place in the world, you don’t usually wouldn’t have unlimited access to designs, components, concepts etc. So, whenever we want to do crazy things like side-view cameras, or a glass roof it’s no big deal, we’ll just do it. There’s not really any limits that we put on this project which is really unusual. Unfortunately it means the price is quite high, so not many people will be able to experience the car, which is probably the only downside to it. We definitely want to do some lower cost cars in the future though, and we will. Q. What sort of driver are you targeting with Miss R?

Miss R is quite different from most supercars. The closest car to Miss R is probably the Ford RS200. Our thought process was, if Group B existed today, what would you build for that category?

We see Miss R as being quite a bit different from most supercars, again in that it’s more useable. Our car has short overhangs by design so that you don’t have issues you will encounter with other super cars, such as getting in and out of steep driveways. So, customer wise it’s really a car for someone who loves to drive, and not for the poser. You won’t see it parked in front of Harrods, but you might see it parked in the desert somewhere!

Q. I know you're a car guy, so out of all the many cars you’ve owned, which has been your personal favorite?

I think I’m going to give you a little bit of a surprise answer, a 1982 Toyota Starlet. This is the rear-wheel drive Toyota Starlet that followed my Toyota Supra twin-turbo. That was probably one of my favorite cars. The Supra was extremely fast and extremely fun and it was a car that I’d always wanted to have, but I couldn't use the performance very often. The Starlet I could press on 100% every single day and just getting to work was like a rally stage because I only had 70bhp; it was a lot of fun. The image shows a visualisation of Miss R, which has been specially designed to produce exhilarating performance both on and off road (Image courtesy of XING Mobility and Sam Williams)

Sam Williams is a British journalist based in Taipei. He specialises in automotive journalism, photo journalism, and investigative journalism. Sam has previously worked with the BBC, and is currently a regular writer for EV Performance. Follow Sam Williams at @SSW_Media (Twitter) 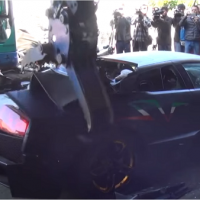