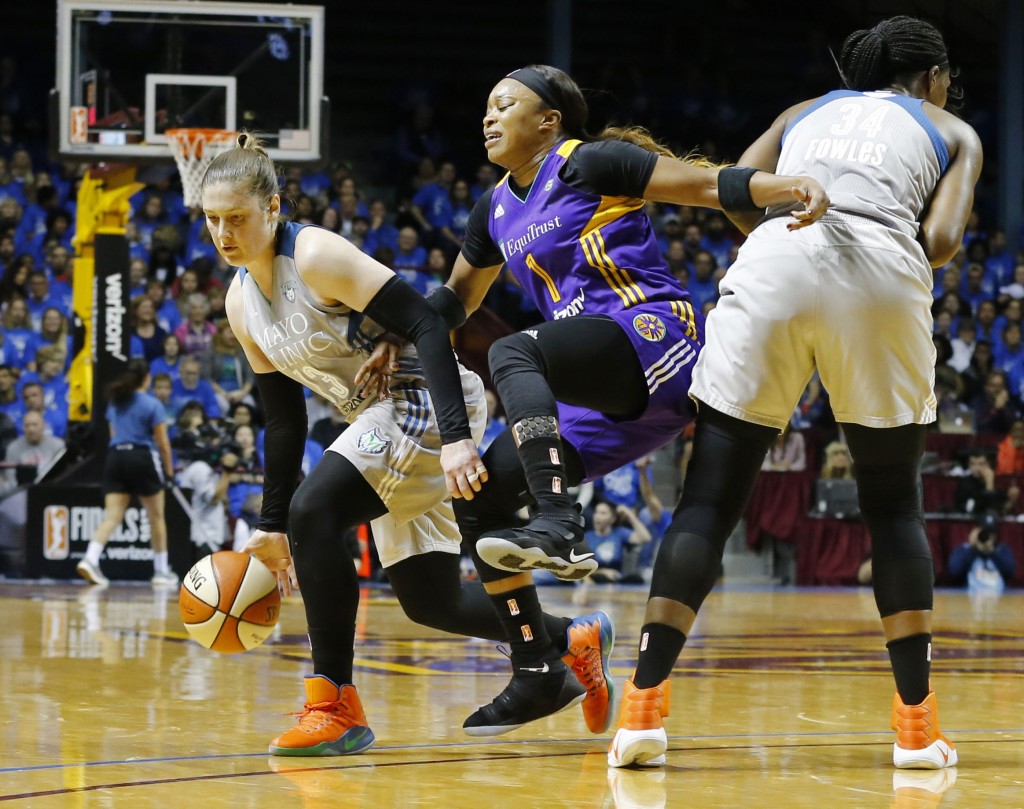 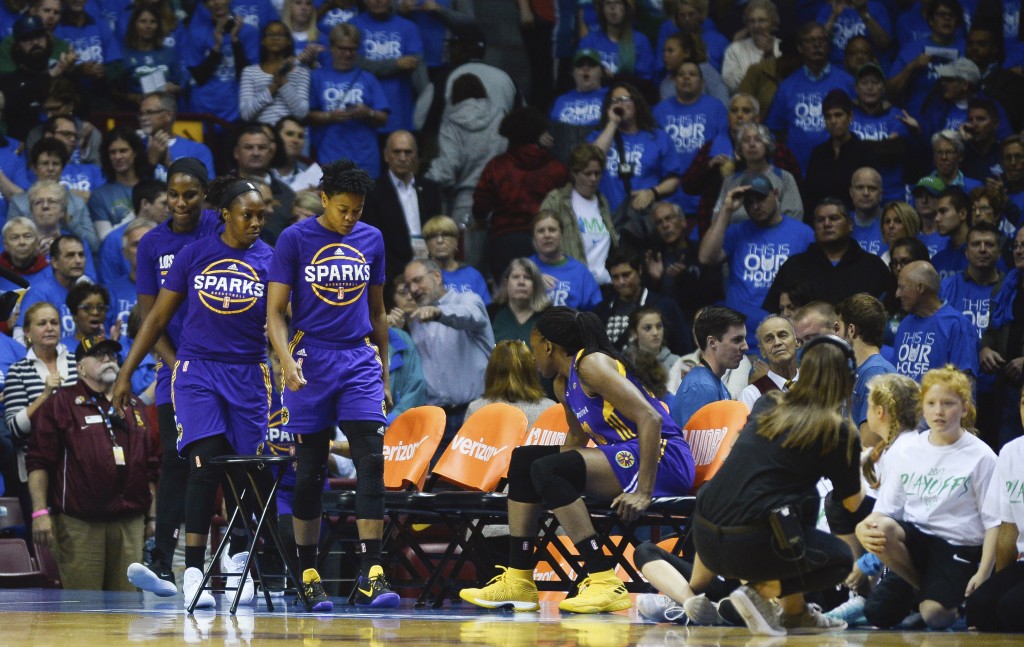 MINNEAPOLIS, Minnesota (AP) — Sylvia Fowles grabbed a WNBA Finals-record 17 rebounds and scored 13 points to lead the Minnesota Lynx to a 70-68 victory over the Los Angeles Sparks in Game 2 on Tuesday, evening the series at one game apiece.

Fowles broke Taj McWilliams-Franklin's record of 16 for Connecticut in 2005. Lindsay Whalen scored 14 points, Rebekkah Brunson had 12 and the Lynx held the defending champions to 38.7 percent shooting while bouncing back from a last-second loss in Game 1.

Candace Parker had 17 points, six assists and five rebounds for the Sparks, who had the ball and a chance to tie or take the lead with 13.1 seconds to play. But Chelsea Gray lost the handle on her dribble for a turnover, one of two big ones by Los Angeles in the final 14 seconds.

Game 3 of the best-of-five series is Friday in Los Angeles.

Gray scored 15 points and Nneka Ogwumike had 11 points and 13 rebounds for Los Angeles.

Fowles, this season's MVP, dominated the glass a game after the Lynx did not grab a single rebound in the first quarter of their series-opening loss.

Lynx coach Cheryl Reeve torched her proud, veteran team on Monday after getting behind 28-2 in the first eight minutes on Sunday. She took little solace in watching them rally to a late lead, saying any pats on the back were from "Loserville."

The Lynx responded in a major way in Game 2, grabbing a 15-point lead in the first eight minutes. They held Ogwumike and Parker to a combined 0 for 11 in the first half and Los Angeles shot just 28 percent in the first two quarters.

But just like the Lynx didn't give up in Game 1, the Sparks wouldn't go away this time. Parker capped an 11-3 run that cut Minnesota's lead to three with 1:21 to play and Brunson was whistled for a questionable foul on Parker on the next possession. She converted both free throws to make it 70-68 and Maya Moore missed a jumper on the other end.

With Seimone Augustus hounding her, Alana Beard was whistled for a five-second call on the inbounds pass. The Sparks had one more shot, but Gray, who beat the Lynx with a jumper in the final seconds of Game 1, couldn't come up with the heroics for a second straight game.

The Sparks are trying to become the first repeat champions since 2002, and they head home having earned a split at raucous Williams Arena.

For the second straight game, the Sparks left the court just before "The Star Spangled Banner" started, a show of support for their NFL brethren who have come under withering criticism from President Donald Trump for using the national anthem as a vehicle to protest social injustice.

The Sparks were booed heavily as they exited the court and again as they reappeared after the song was over. Ogwumike and Parker have said that the display is not meant to be derogatory toward the flag or American soldiers.

The Lynx locked arms in a show of unity before Game 1, but stood in line in normal fashion before Game 2.