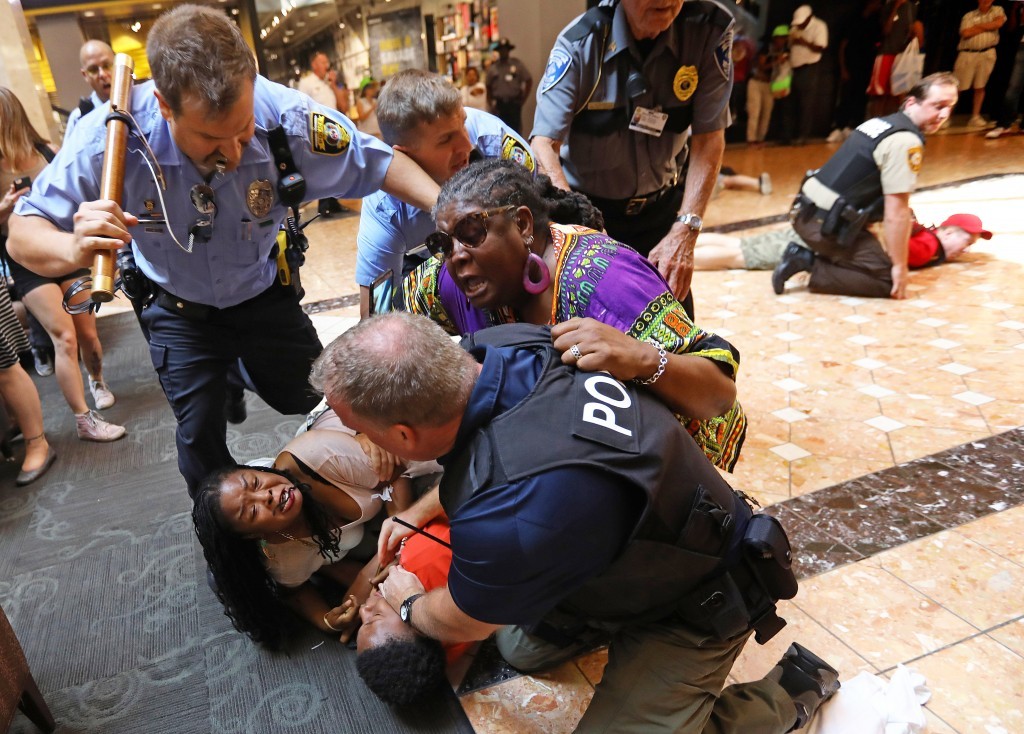 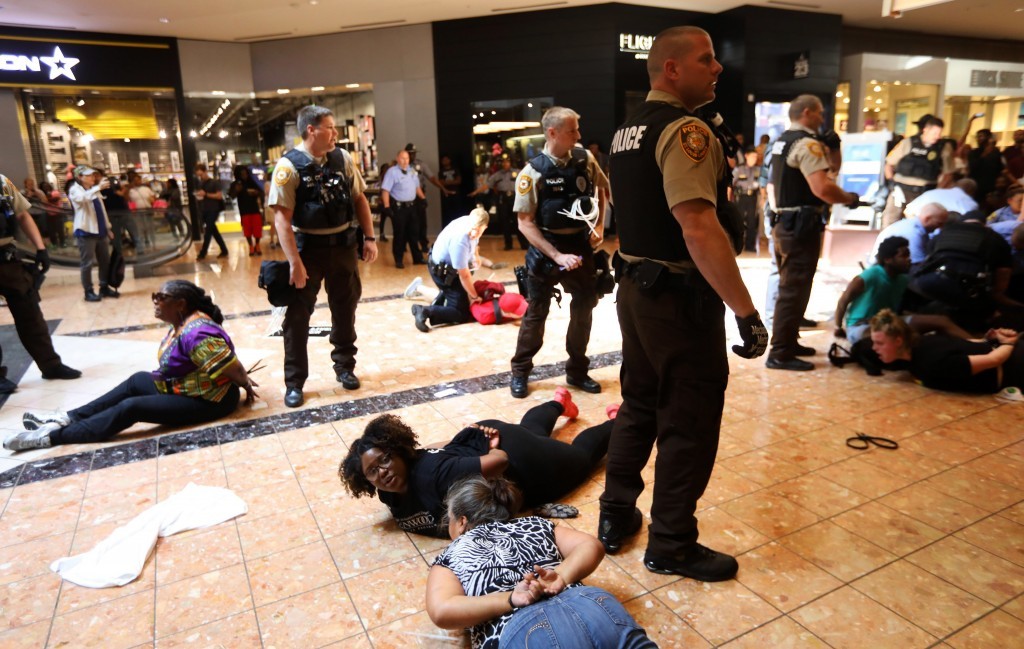 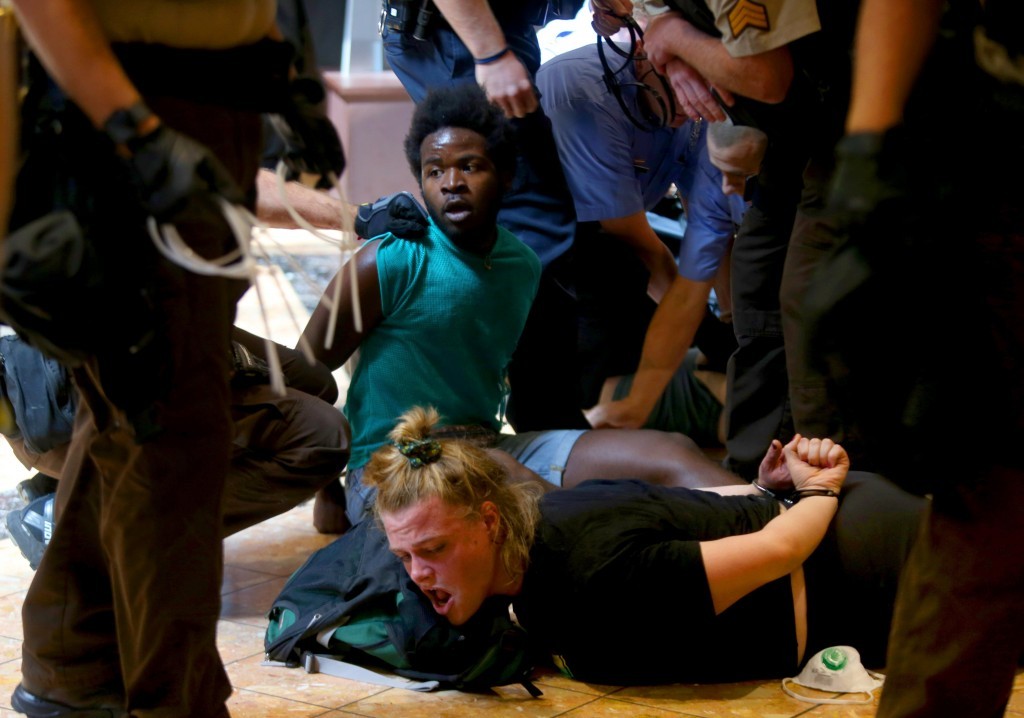 ST. LOUIS (AP) — The Latest on protests following the acquittal of a former police officer in the death of a black man in St. Louis. (all times local):

Several elected officials and faith leaders are calling for an investigation of police over what they describe as the forceful arrest of protesters at a suburban St. Louis mall.

Many of those who spoke at a news conference Monday used the term "police riot" to describe what happened Saturday when 22 protesters were arrested at the St. Louis Galleria in Richmond Heights. Seven were charged with rioting and resisting arrest.

The protest was among several since a former police officer was acquitted in the death of a black man in mid-September.

Two St. Louis-area police agencies are defending their actions in arresting nearly two dozen protesters at a mall, amid complaints that the demonstrators were taken down forcefully, including a female pastor allegedly put in a chokehold.

A Saturday protest at the St. Louis Galleria in Richmond Heights, Missouri, was one of several since mid-September, when a judge acquitted former police officer Jason Stockley in the death of a black suspect.

A group of elected officials and faith leaders plan a news conference Monday to criticize what they're calling "military tactics" used by police.

St. Louis County and Richmond Heights police say their actions were justified. They say the Rev. Karla Frye had to be pulled off the back of an officer she had assaulted, and that she was not choked.