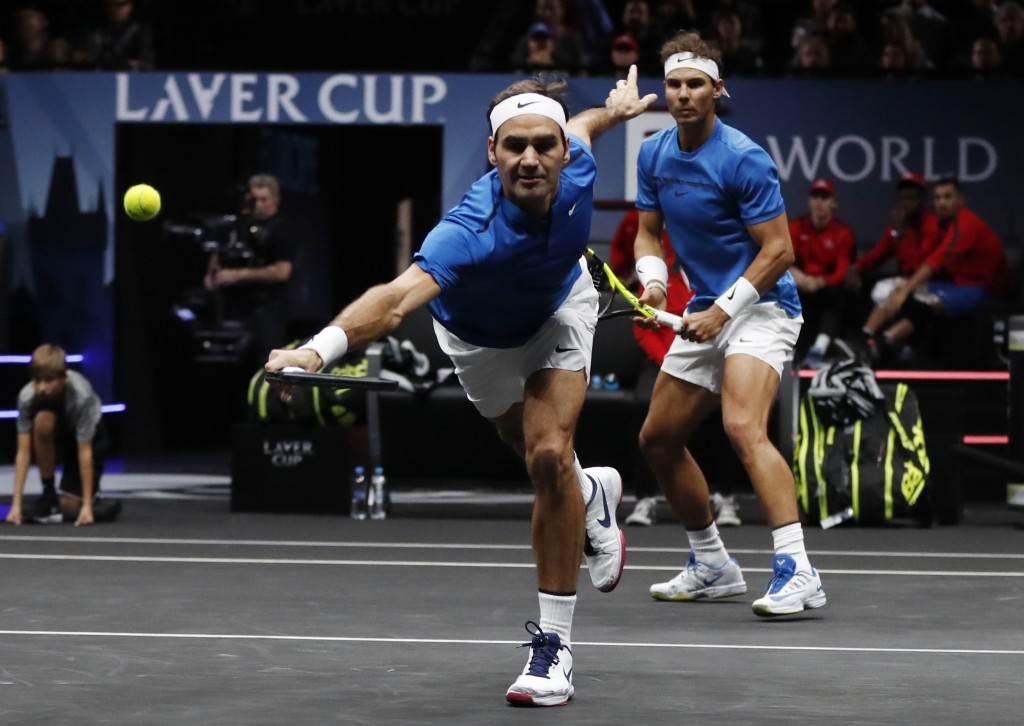 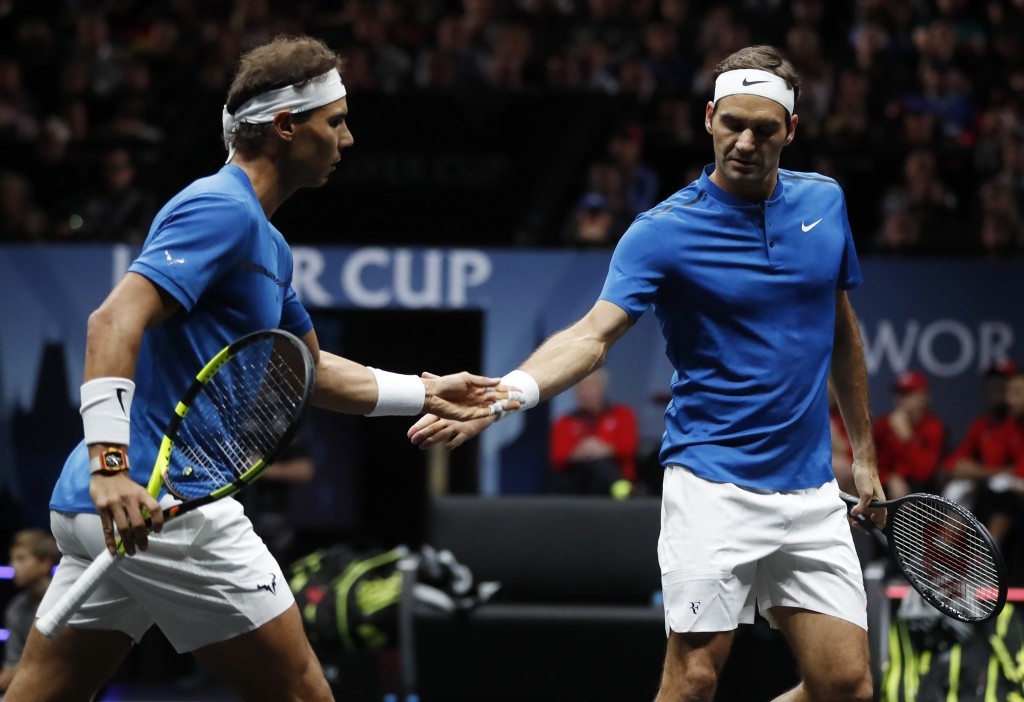 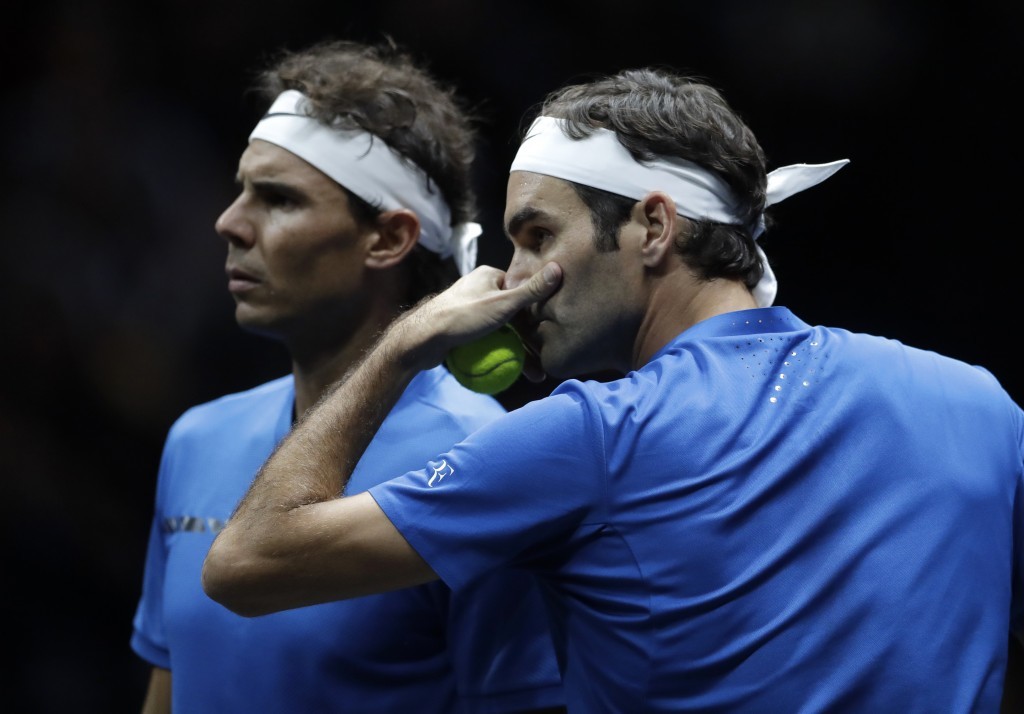 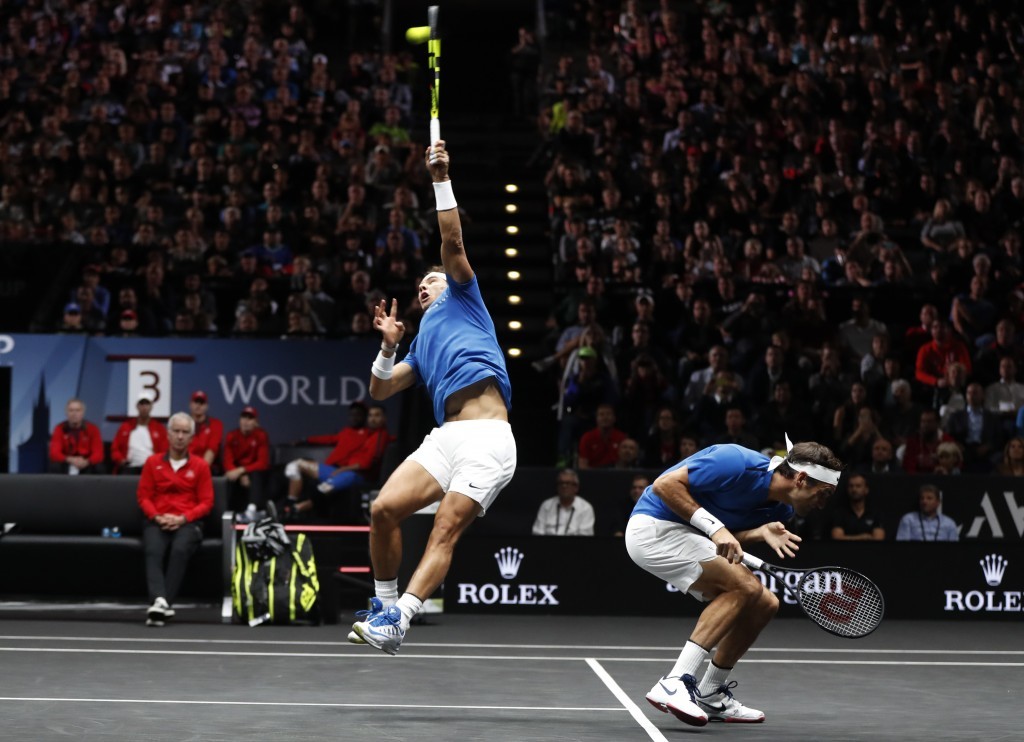 PRAGUE (AP) — Rafael Nadal and Roger Federer joined forces to win the doubles in the new Laver Cup on Saturday.

They teamed up for the first time to defeat Sam Querrey and Jack Sock 6-4, 1-6, 10-5 in the team event between Europe and the rest of the world.

"It was unbelievable," Nadal said.

The inaugural Laver Cup is at Prague's O2 Arena on an unusual black hard court.