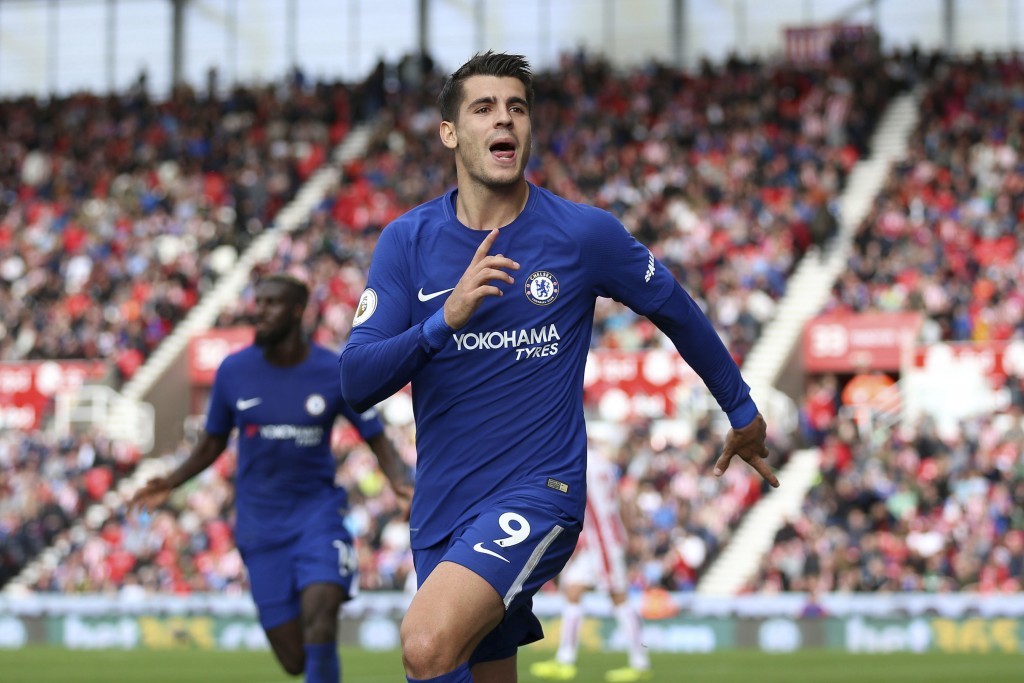 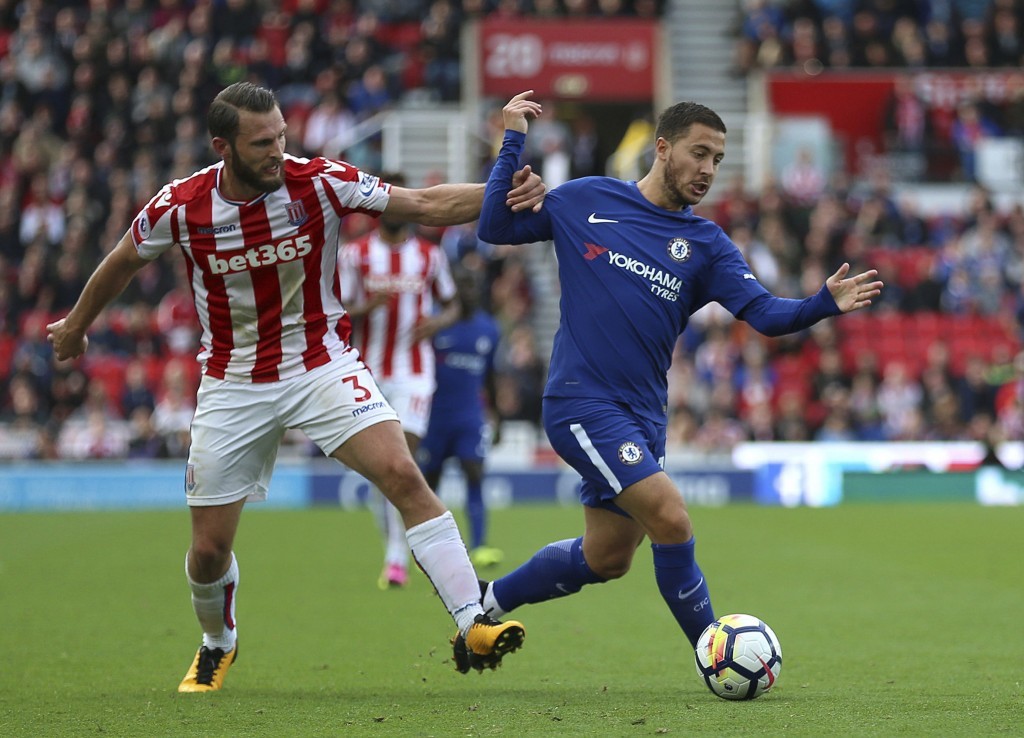 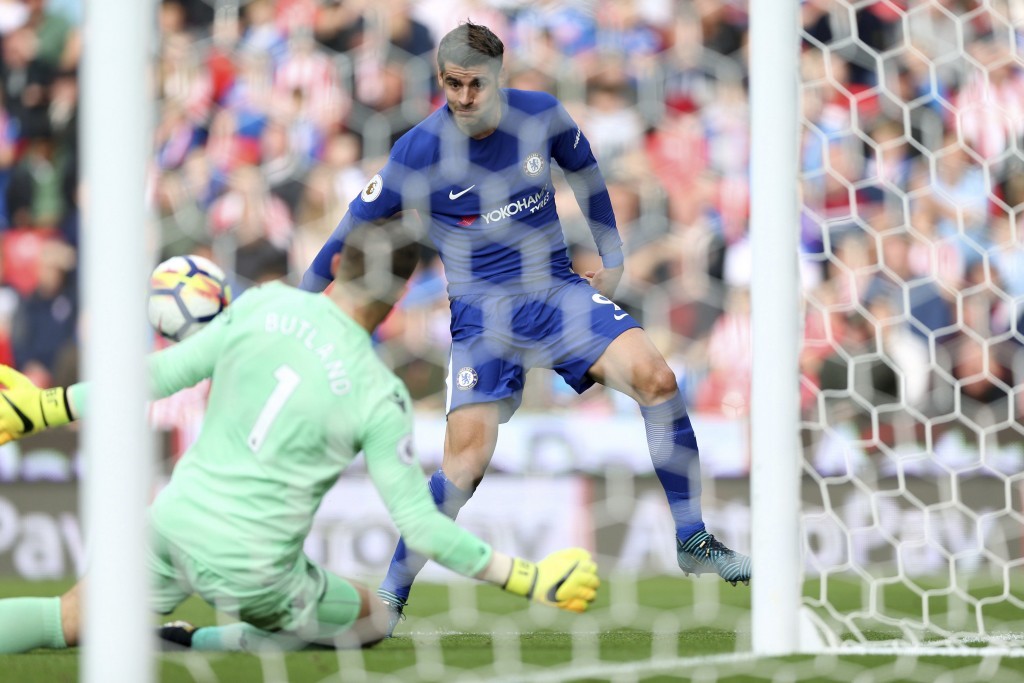 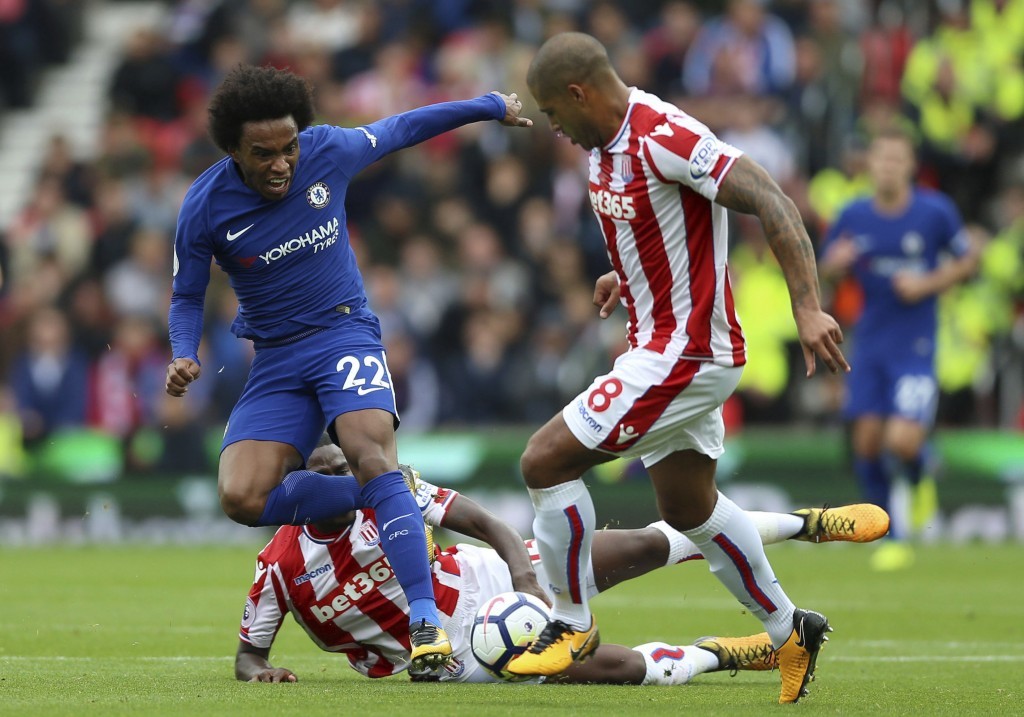 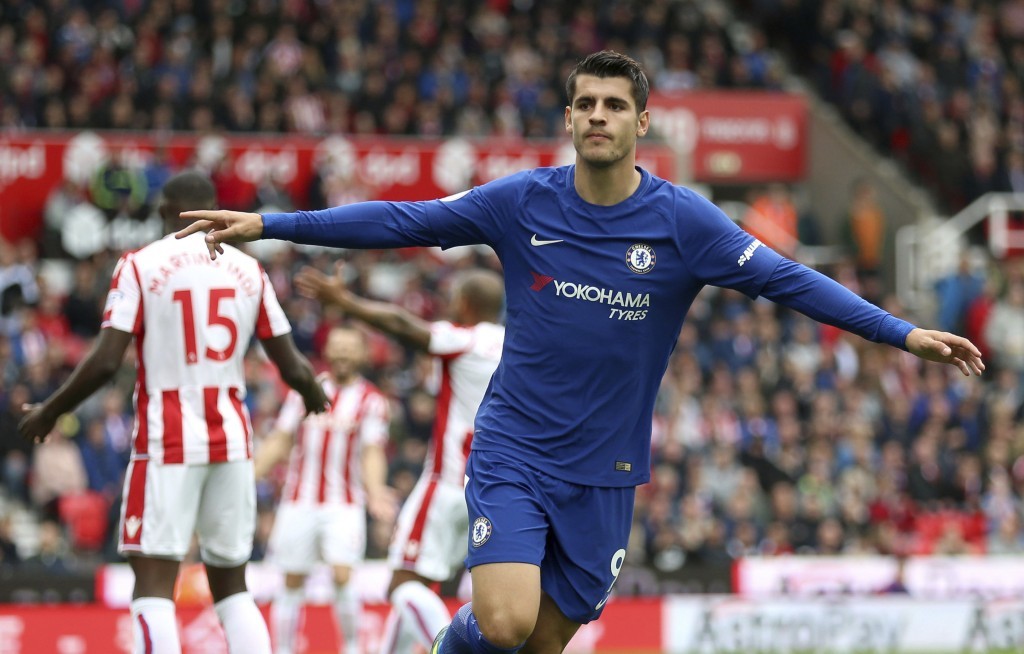 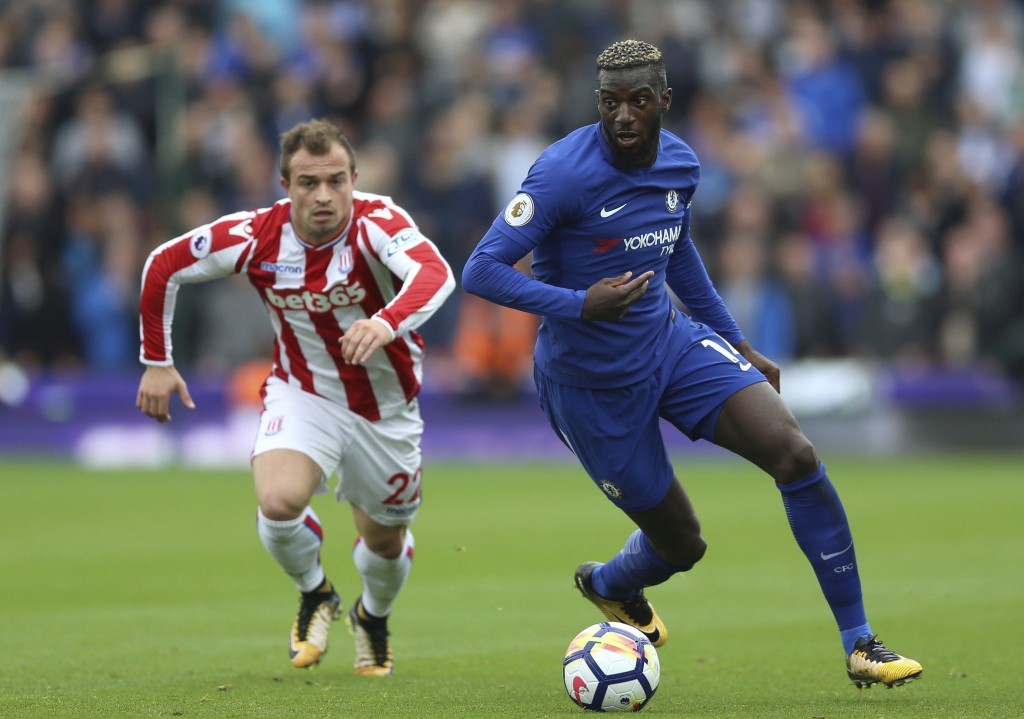 STOKE, England (AP) — Alvaro Morata scored a hat trick as Chelsea maintained its perfect away record in the English Premier League in beating Stoke 4-0 on Saturday.

Pedro scored the other goal as Chelsea took advantage of a lackluster Stoke display to cruise to an easy win at Britannia Stadium.

Despite having won just one of its three league home games, Chelsea has been perfect on the road and stays within three points of the Manchester sides at the top of the table.

In an already competitive race to be the division's top scorer, Morata joined Sergio Aguero and Romelu Lukaku on six goals from as many games.

Morata's first three goals for the Blues came off his head, but it took him just two minutes to change that as he met Cesar Azpilicueta's through ball with a cool side-footed finish.

Pedro doubled Chelsea's lead in the 30th when he latched onto Darren Fletcher's misplaced chest pass and drove a fine finish across goalkeeper Jack Butland.

Morata's second was even better as he picked up the ball on the left, drove past two Stoke defenders, and curled the shot into the far corner from a tight angle in the 77th.

Although the finish was simple, the striker exhibited his fine movement off the ball five minutes later as he slipped his marker to find space to tap in Azpilicueta's knockdown, the fourth time Morata's international teammate has assisted him this season.

Stoke, which was fielding a makeshift defense with Kurt Zouma ineligible and Ryan Shawcross and Kevin Wimmer out injured, is 15th in the table having recorded just win in its opening six games.