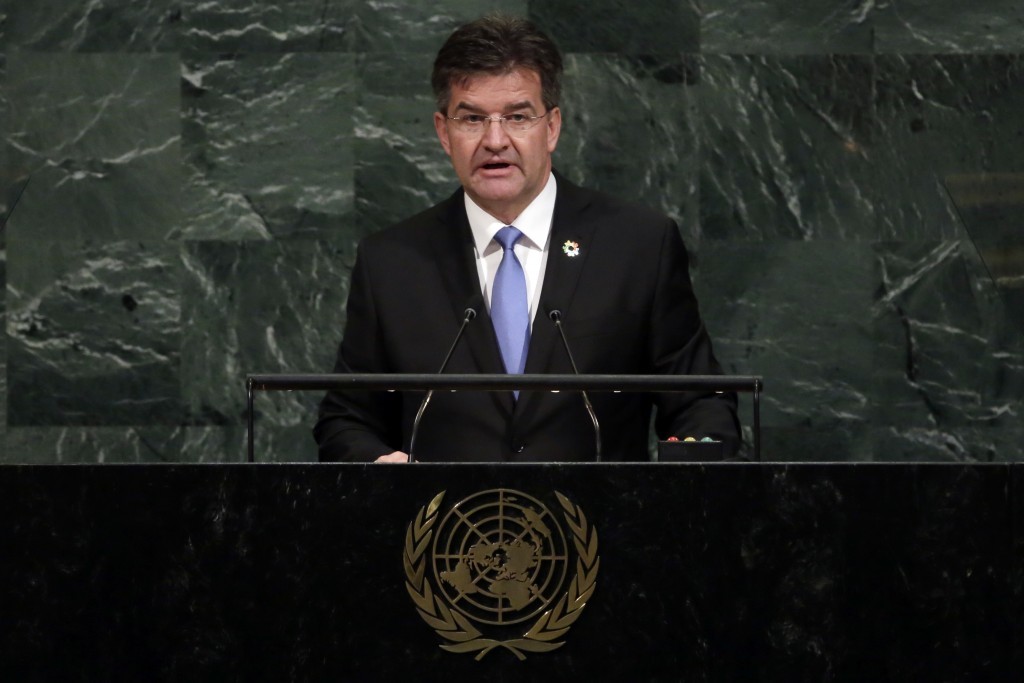 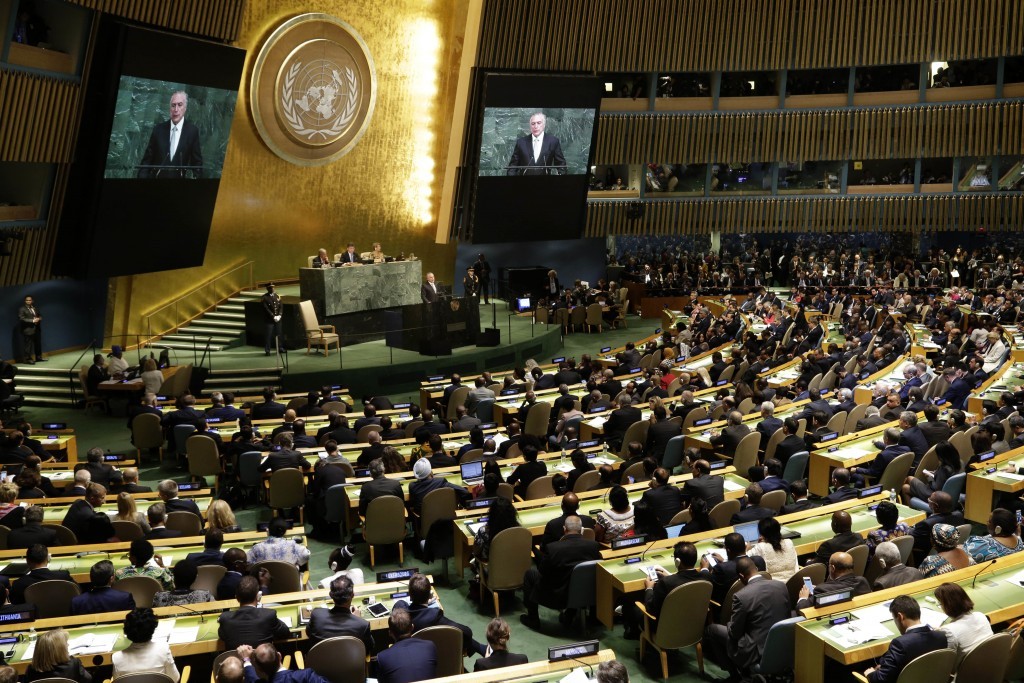 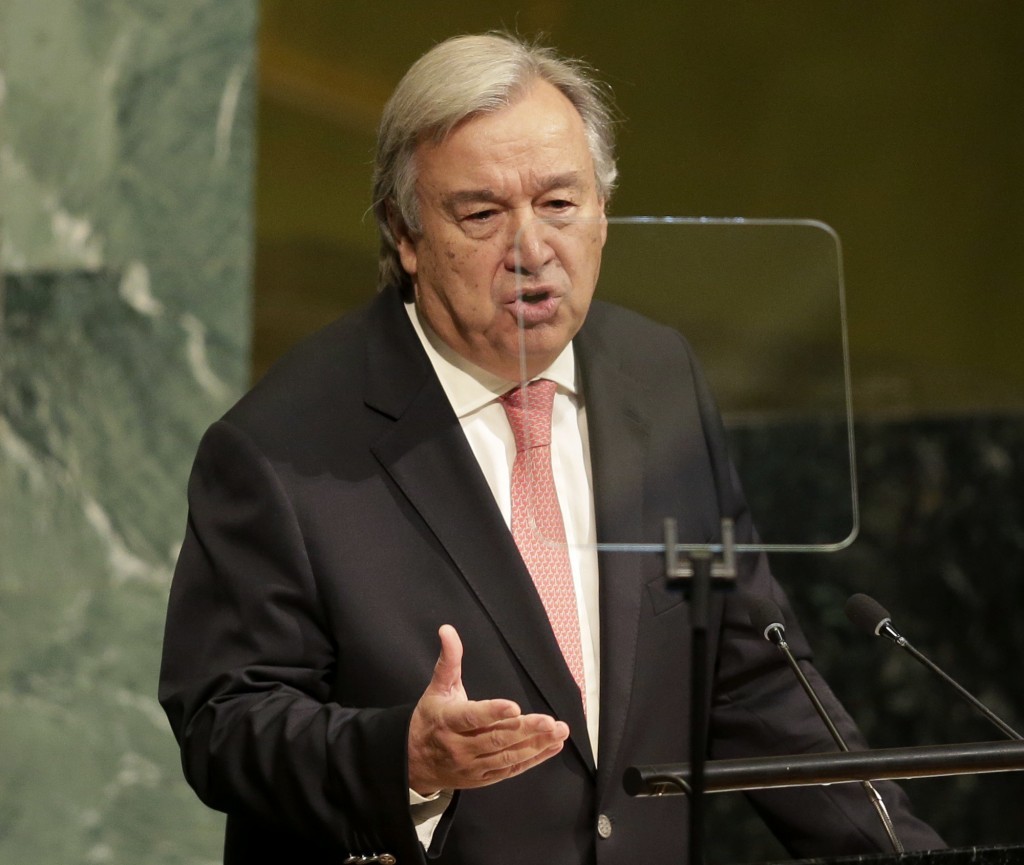 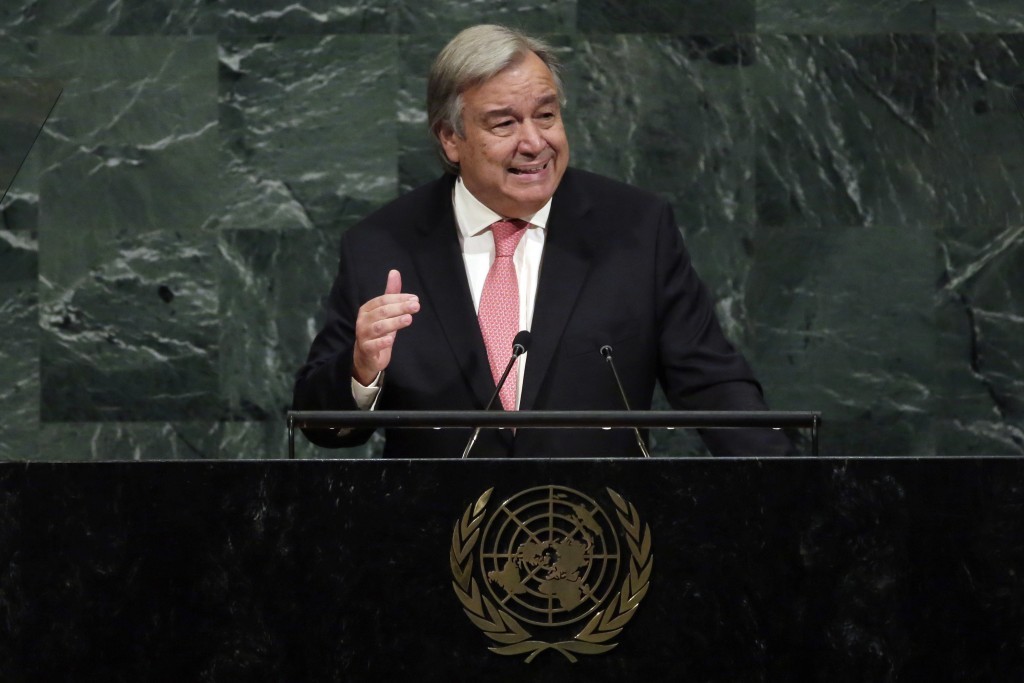 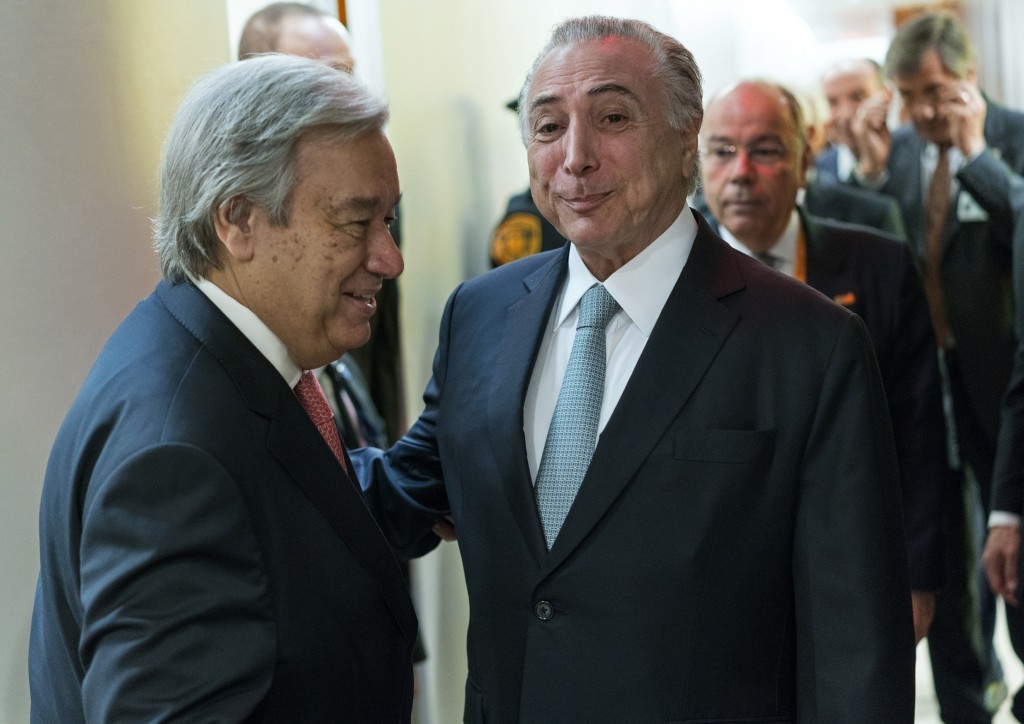 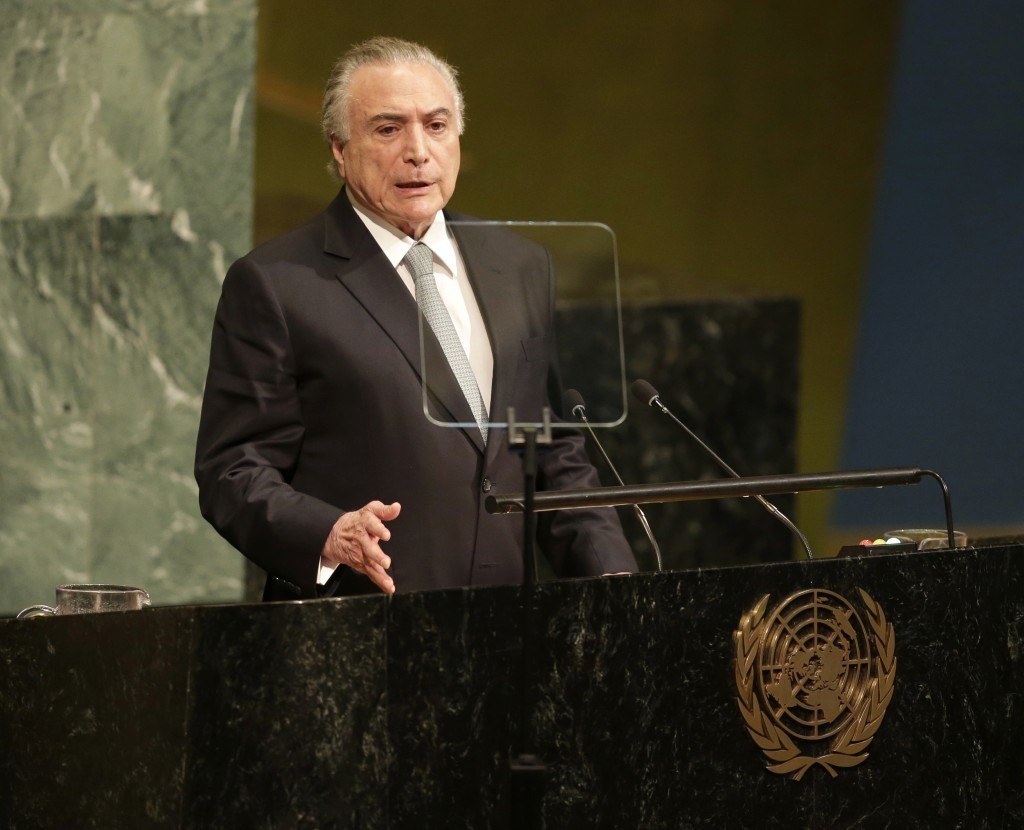 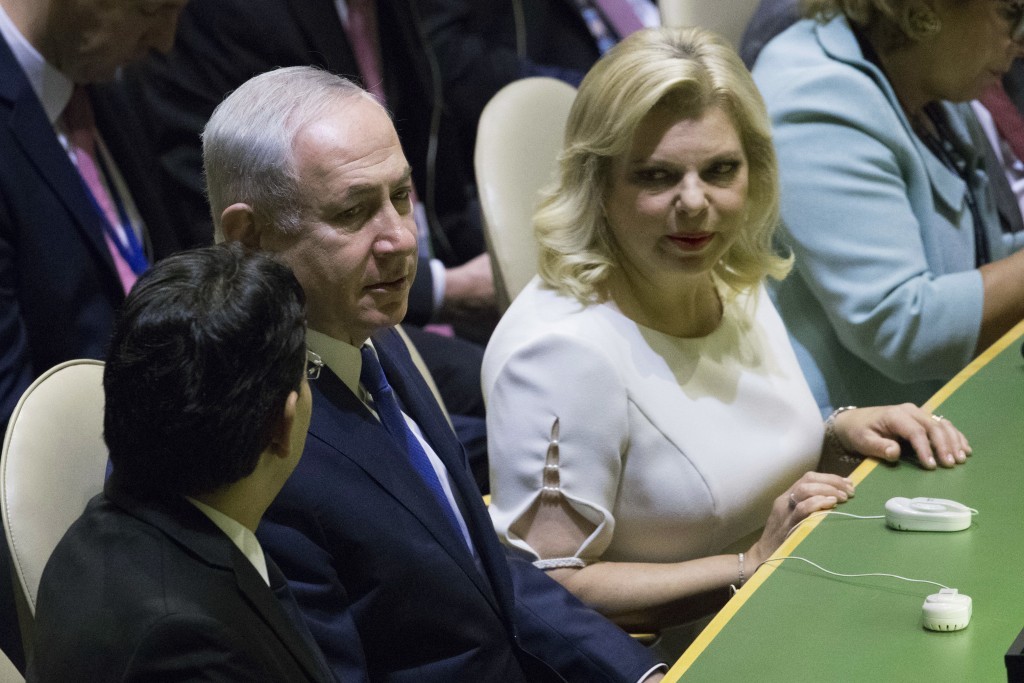 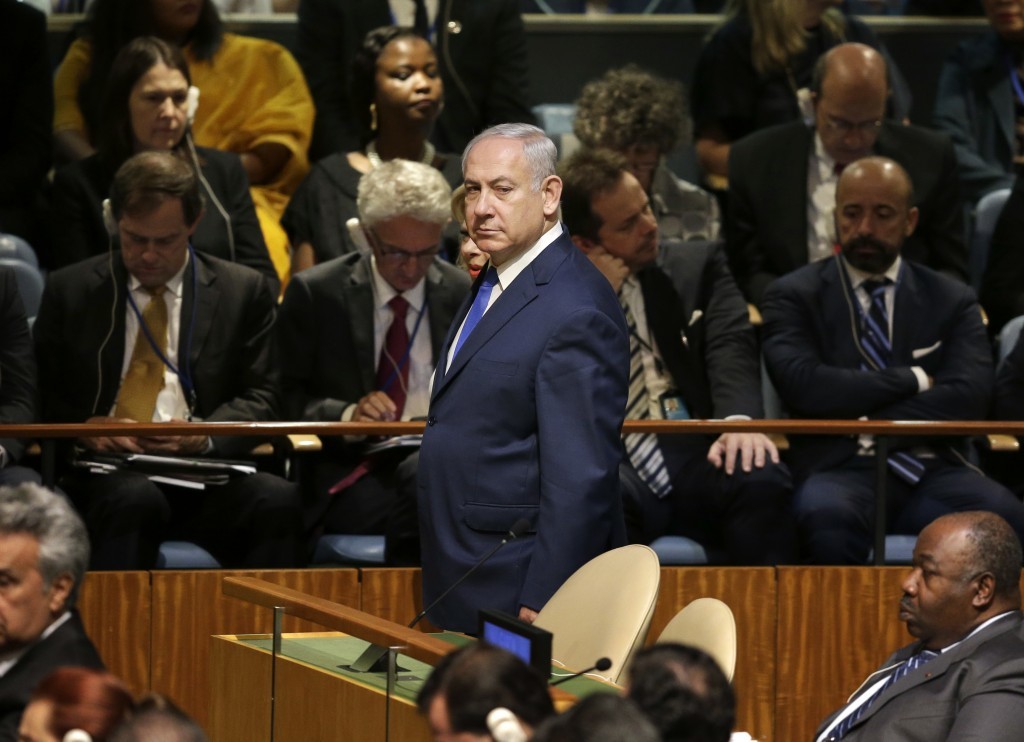 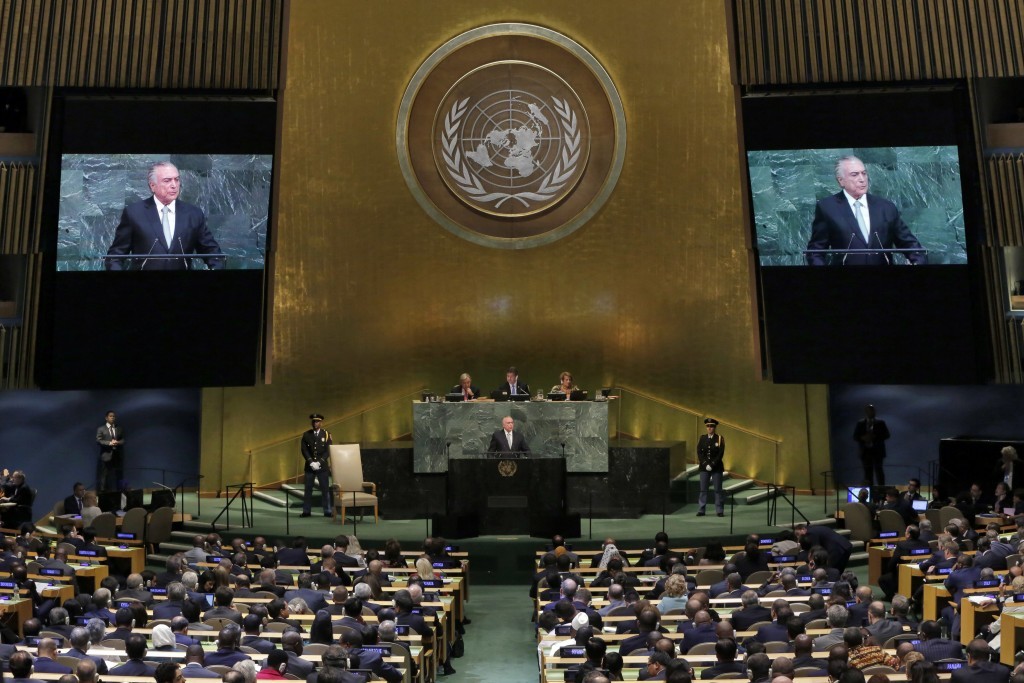 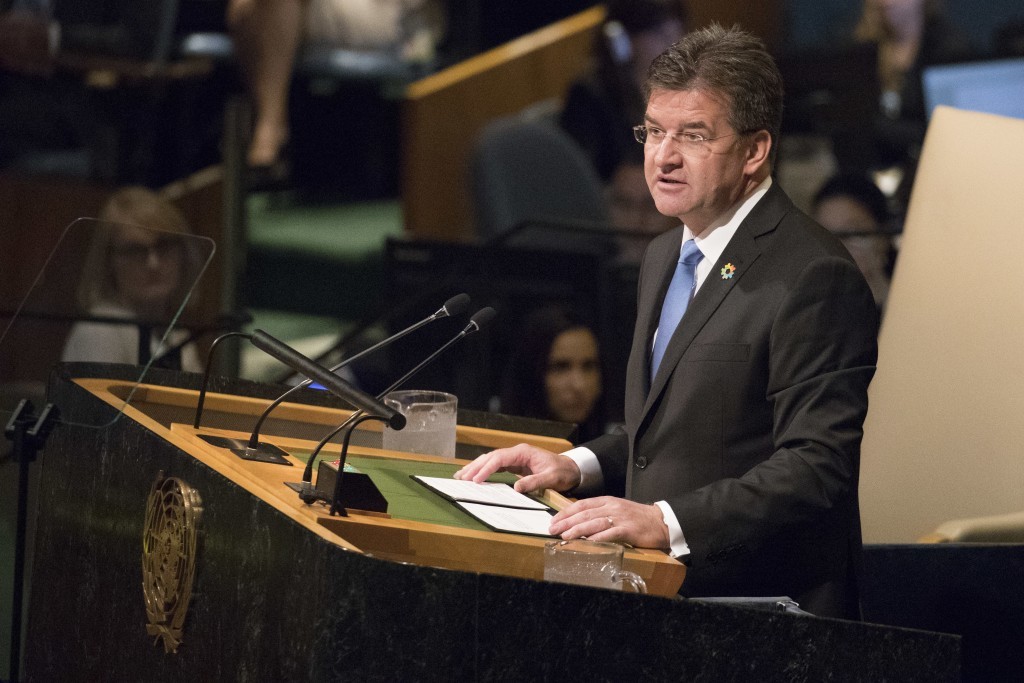 UNITED NATIONS (AP) — The Latest on the U.N. General Assembly (all times local):

The head of the U.N. General Assembly is painting a somber picture of the world and urging more focus on preventing conflict as debate begins at the annual meeting of global leaders.

Assembly President Miroslav Lajcak said Tuesday that many people have become disillusioned with the U.N. in a world grappling with conflict, poverty, terrorism and global warming. But, he adds, others believe in the U.N.'s potential to help.

Lajcak says the U.N. needs to put more emphasis on warding off conflicts, rather than reacting to them. The Slovakian says that means "recalibrating" to respond better to crises, not seeking more money or help from member countries.

He's also calling for a more people-centered approach in dealing with terrorism and what he calls the "highly divisive" issue of migration.

U.N. Secretary-General Antonio Guterres is warning the world's leaders that the threat of a nuclear attack is at its highest level since the end of the Cold War and "fiery talk can lead to fatal misunderstandings."

In his first state-of-the-world report since taking the reins of the United Nations on Jan. 1, Guterres put "nuclear peril" as the leading threat, warning that "we must not sleepwalk our way into war."

The U.N. chief told Tuesday's opening of the General Assembly's annual ministerial meeting that millions are living in fear "under a shadow of dread cast by the provocative nuclear and missile tests" of North Korea.

His message on "fiery" rhetoric was implicitly directed at North Korean leader Kim Jong Un, but also at the United States and President Donald Trump, who has warned of "fire and fury" if North Korea does not back down.

Guterres said a solution to the North Korea nuclear threat must be political and stressed to leaders: "This is a time for statesmanship."