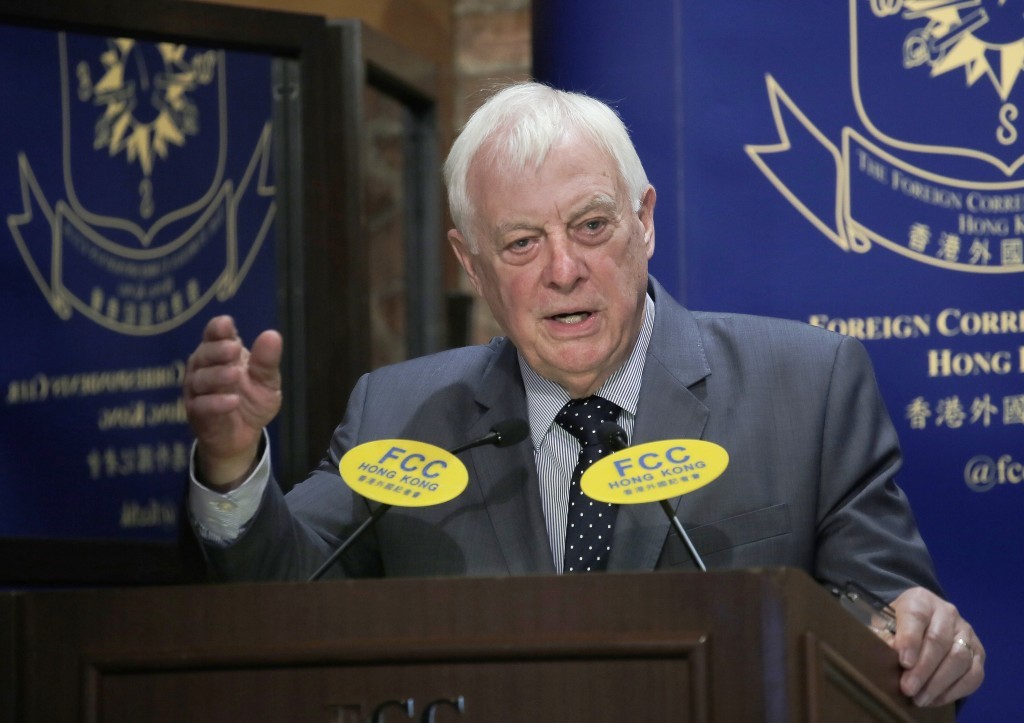 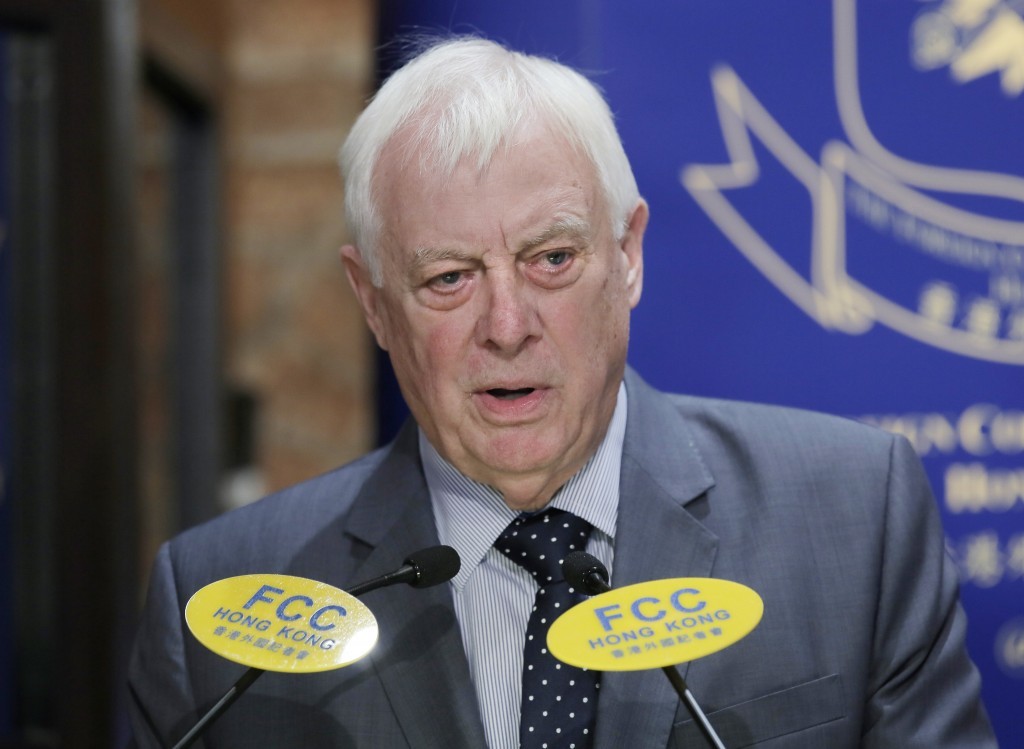 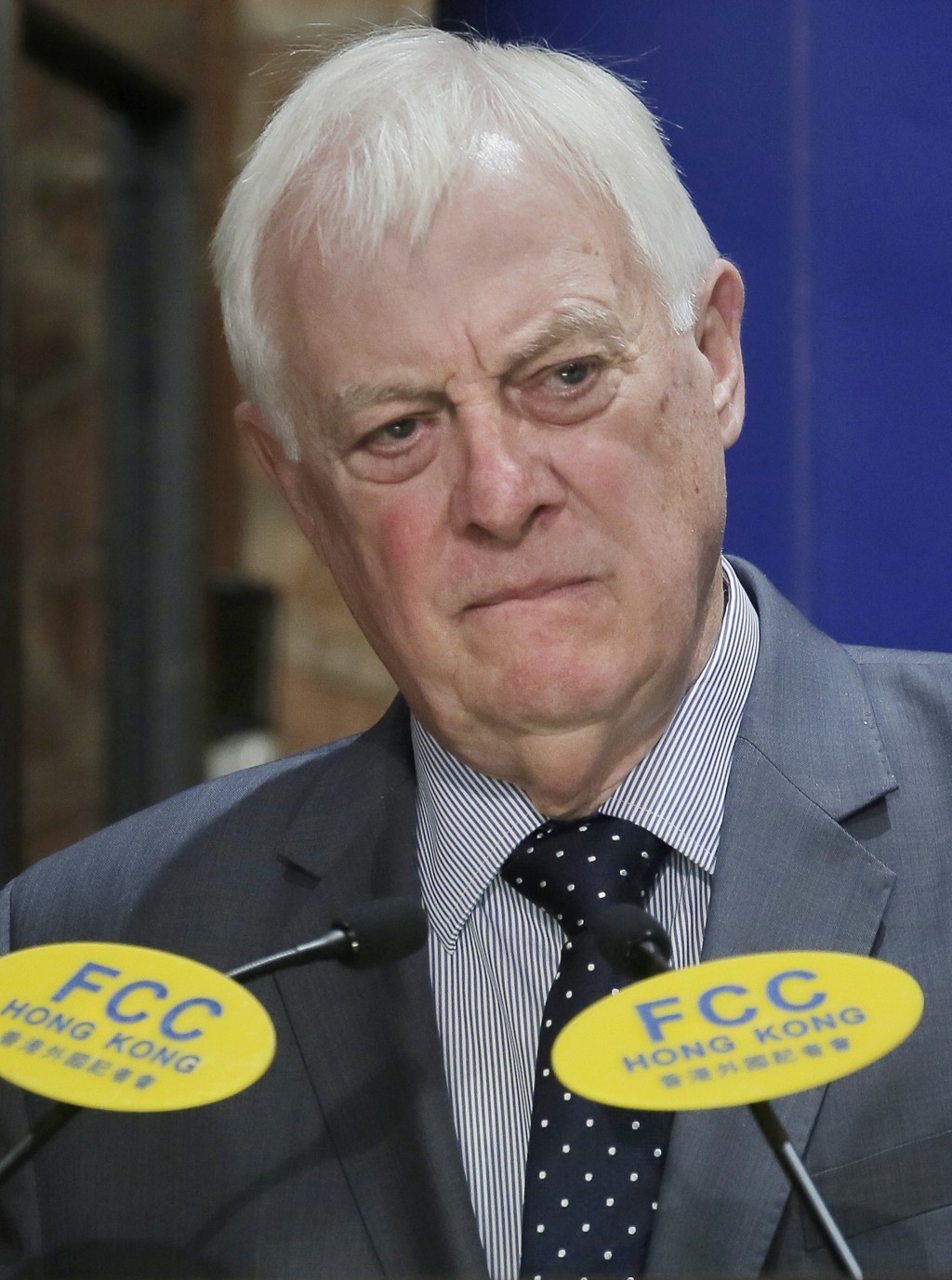 Patten, who presided over the return of Hong Kong to China in 1997, spoke Tuesday at a luncheon at The Foreign Correspondents' Club in Hong Kong.

A debate on freedom of speech has raged at universities in Hong Kong over the appearance of independence slogans on campuses. Patten expressed his disapproval of calls for Hong Kong independence, saying it would never happen, is provocative and dilutes support for democracy.

Patten said Hong Kong people should talk to each other, instead of shouting at one another from opposite sides of the barricades.