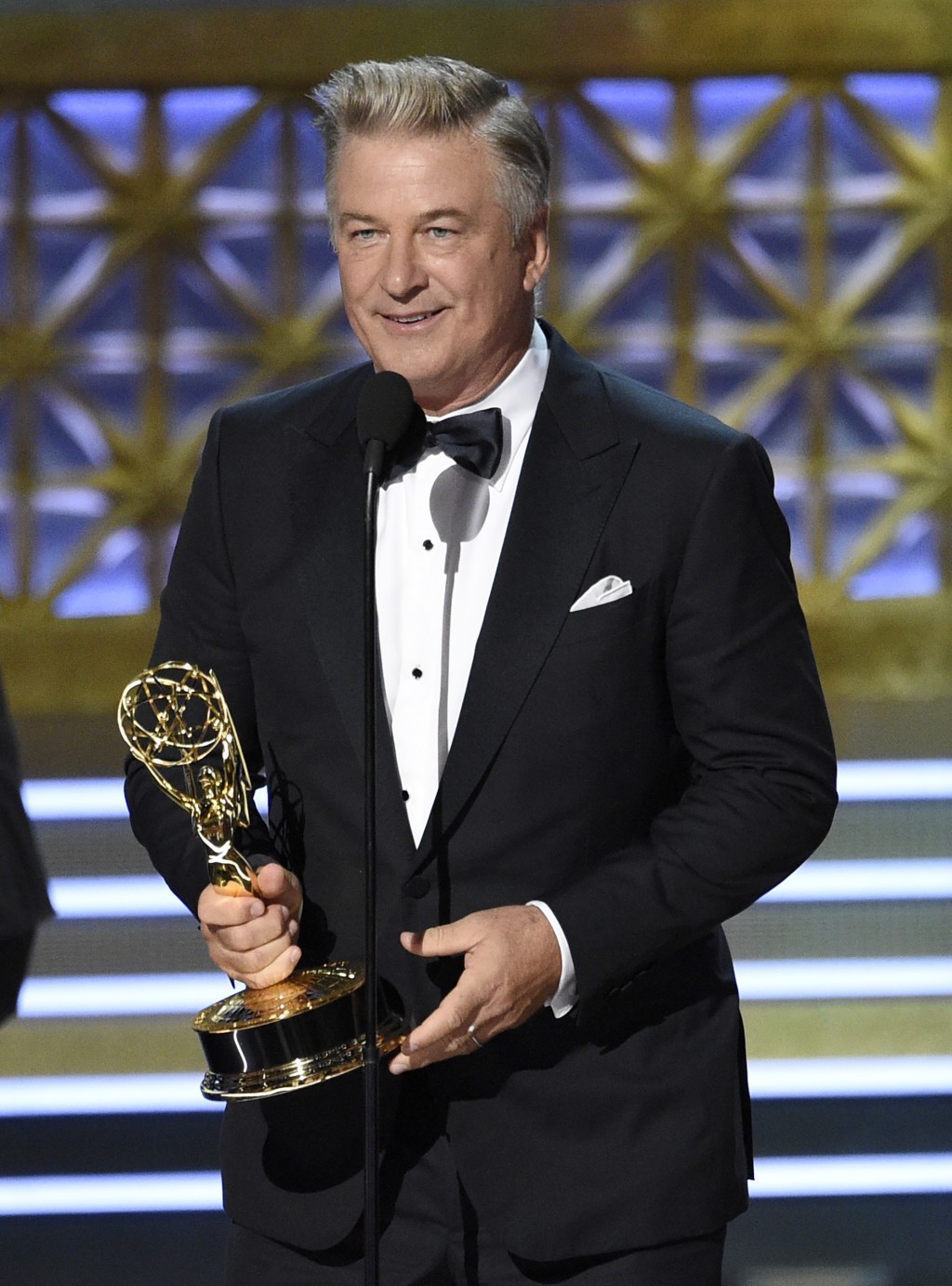 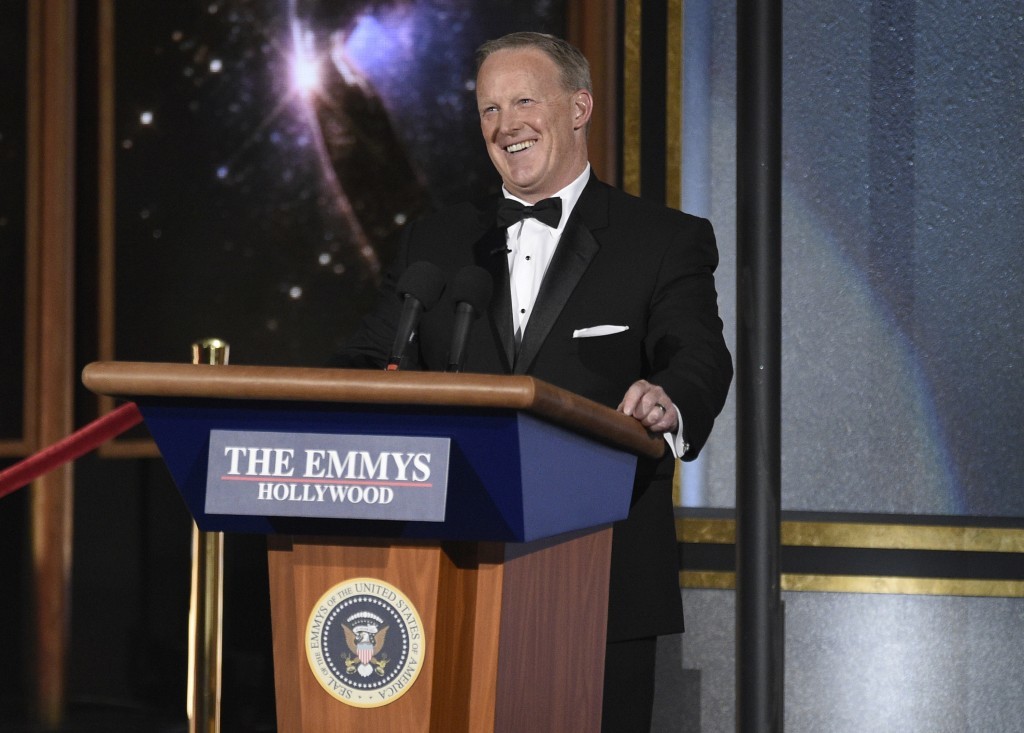 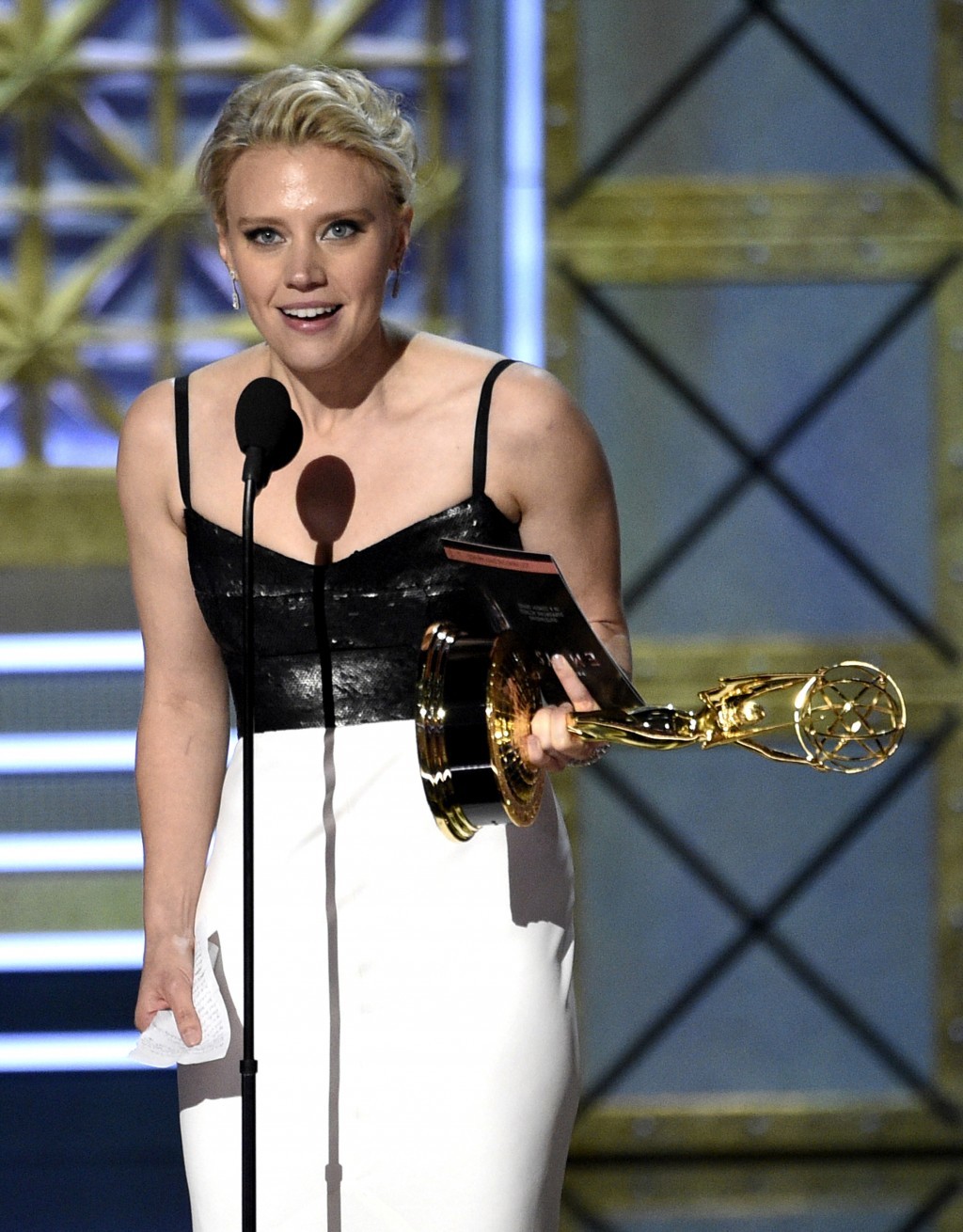 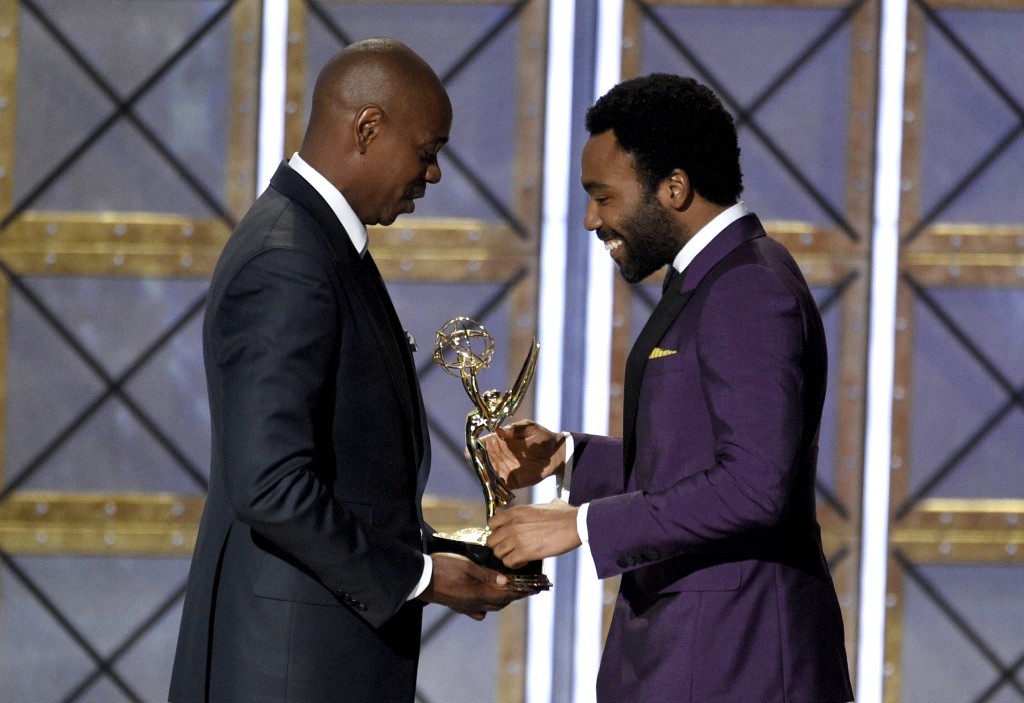 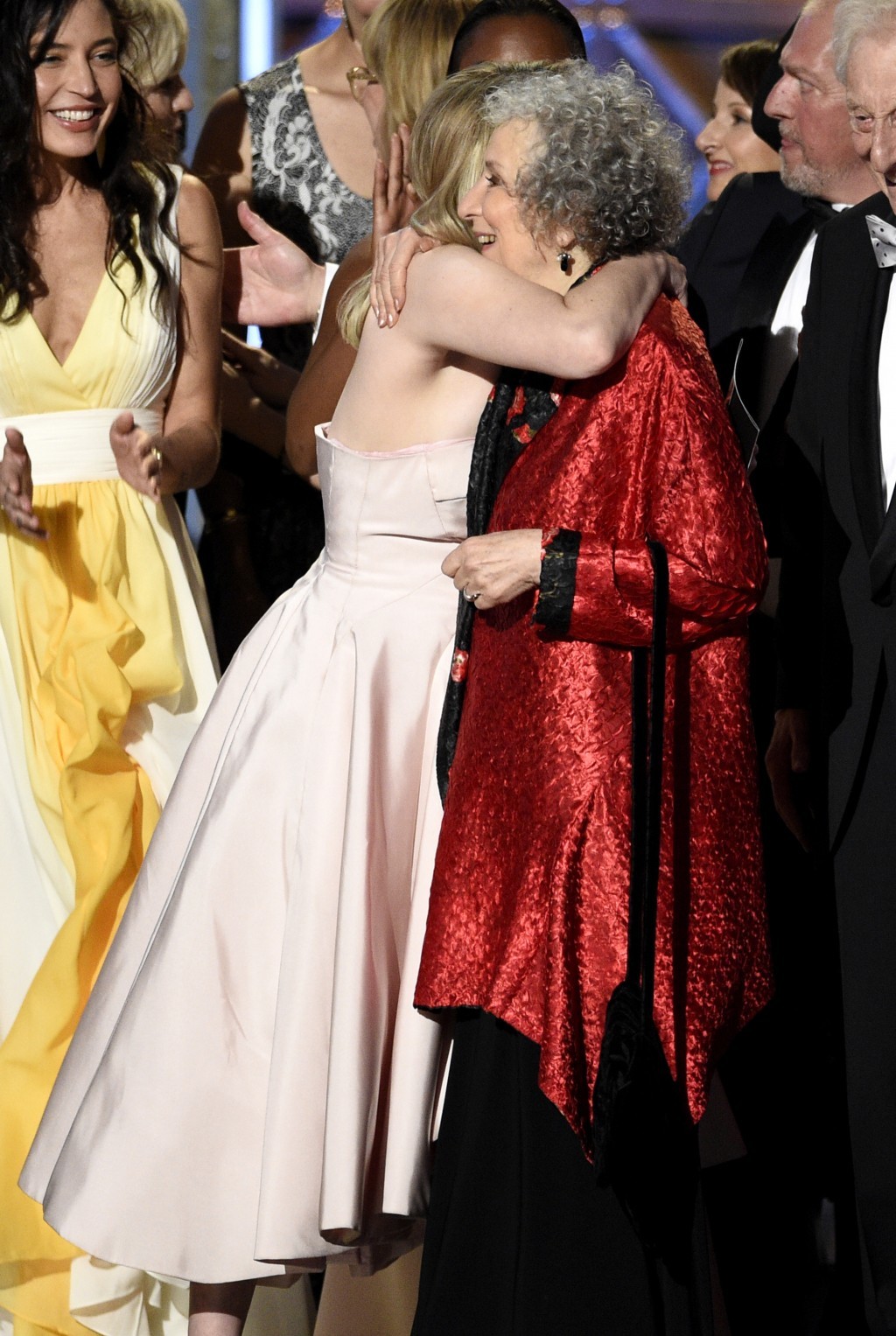 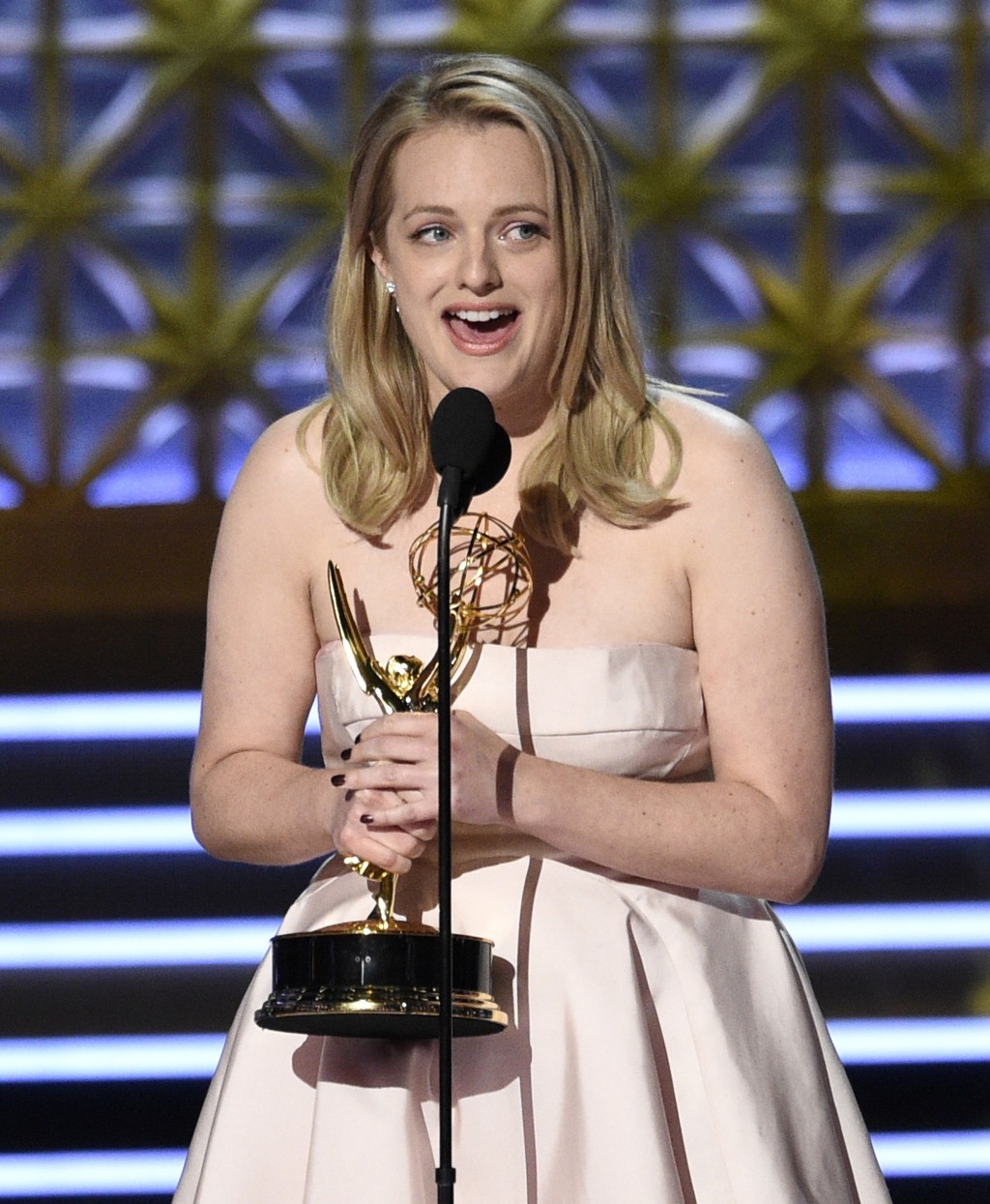 NEW YORK (AP) — President Donald Trump never won an Emmy, it's true. But his presence was felt at this year's television awards ceremony more than any actor, writer or producer.

"Saturday Night Live," for which Trump was an endless fount of comedy during his campaign and early presidency, had its best Emmys haul in the show's 41-year history. "The Handmaid's Tale," the Hulu drama about an authoritarian society where some found disturbing echoes in real life, was the most-honored drama Sunday night.

Then there was host Stephen Colbert's string of one-liners about the man he considered the biggest television star of the past year, and former White House press secretary Sean Spicer's jaw-dropping cameo in Colbert's opening monologue.

Trump is a past Emmy nominee, from his time as "Celebrity Apprentice" host. Colbert told the audience that the Emmys may be to blame for his presidency, because Trump might not have run if he'd won an Emmy. Then he got in a dig where he knew it would hurt: "Unlike the presidency, Emmys go to the winner of the popular vote," he said.

Spicer wheeled onto the stage behind a mobile podium — a la "SNL" impersonator Melissa McCarthy — and joked about the Emmys having its biggest audience ever. The reference to his dubious claim about the crowd size at Trump's inaugural struck some on social media as not the sort of thing that should be joked about.

Backstage, the show's longtime top executive, Lorne Michaels said it was one of the show's most amazing years, "because everything changed every day."

"Philosophically, anyone who is in power should be questioned and that's what we do," he said. "If you seem to have a clear bias I think people stop listening and resist the show."

"The Handmaid's Tale" won the Emmy for best drama. The show was also responsible for drama writing and directing awards, and star Elisabeth Moss won best actress. Margaret Atwood, whose 1985 novel is the show's source, stood onstage with the cast and crew to soak in the adulation.

Asked about it after the telecast, show producer Bruce Miller said the show doesn't look to the politics of the day to bend the story.

"But we're a really plugged in group of actors," he said. "I don't think you can help but have it affect you."

Julia Louis-Dreyfus earned the best comic actress Emmy for the sixth time as the clueless politician in "Veep," and the show was named best comedy for the third time. Add in the Emmys Louis-Dreyfus won for "Seinfeld" and "New Adventures of Old Christine," and she's now tied with Cloris Leachman as the most Emmy-winning performer ever.

The dominance of "Veep" is about to come to an end, since the HBO show is going into its final season.

"We did have a whole story line about impeachment, but we abandoned that because we were worried that someone else might get to it first," Louis-Dreyfus said.

HBO's "Big Little Lies" won the Emmy for best limited series, and Nicole Kidman won best actress in a limited series for her role in the show. Kidman and co-star Reese Witherspoon said they were grateful the show provided strong roles for women.

The Emmys seemed a bit star-struck by Kidman, giving her two minutes, 45 seconds of uninterrupted time to talk after her award. Meanwhile, Sterling K. Brown, who won for best actor in a drama for his role in "This is Us," got a loud musical hook ending his acceptance speech before he'd reached the two-minute mark. Brown paid tribute to the last African-American man to win in his category, Andre Braugher.

Donald Glover won the best comedy actor and best comedy director Emmys for "Atlanta," which he created and which carries his distinctive voice.

"I want to thank Trump for making black people No. 1 on the most oppressed list. He's the reason I'm probably up here," Glover said.

John Lithgow, who received the best supporting drama actor for his role as British leader Winston Churchill in "The Crown," took a more diplomatic approach to political commentary.

"Most of all I have to thank Winston Churchill. In these crazy times, his life, even as an old man, reminds us what courage and leadership in government really looks like," Lithgow said.