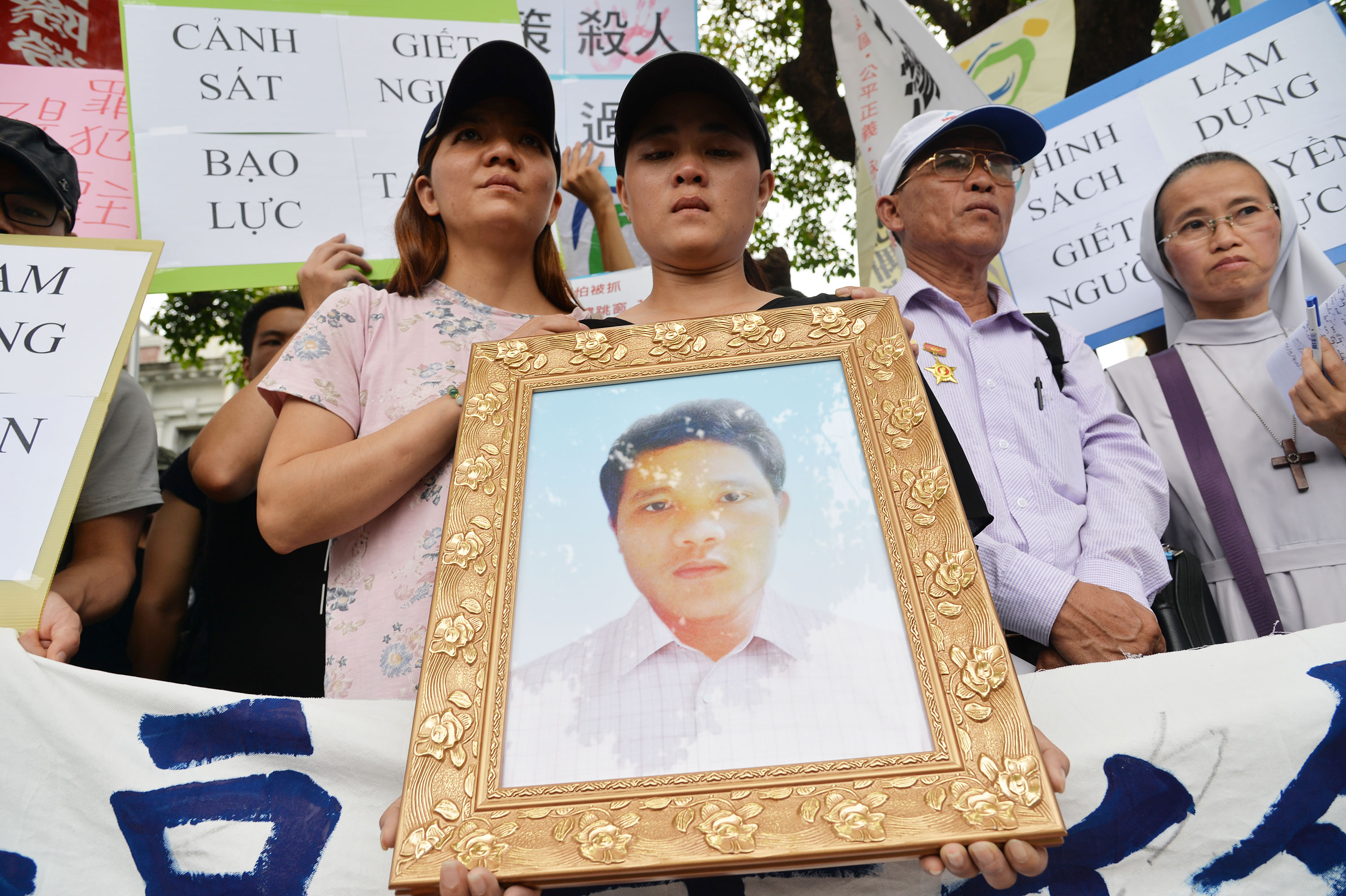 Taipei (Taiwan News) – The dashcam video released by Hsinchu County Fire Bureau showed that police and paramedics did not offer rapid medical treatment to save a Vietnamese migrant worker after he was shot by policemen.

Yesterday, the first footage related to the shooting of 27-year-old Vietnamese migrant worker, Nguyen Quoc Phi by Taiwanese authorities as he was suspected of auto theft, was made to the public after the incident sparked protest from migrant communities and human-rights activists.

In the video titled "Video shows shot Vietnamese migrant left to die" released by CNA, the unarmed Vietnamese worker can be seen writhing in pain on the ground after being shot nine times by policemen. The first ambulance then arrives on the scene but does not approach Nguyen as the police officer said he had not been restrained.

Instead, the ambulance offered treatment to the slightly injured government worker and left without severely wounded Vietnamese worker. Not until the second ambulance arrived at the scene was Nguyen taken to the hospital, where he was later pronounced dead.

So far, no footage of policemen shooting Nguyen has been made public and the demand for a thorough investigation into Nguyen’s case is still rising, especially from his family, human rights groups and the Vietnamese government. In response, prosecutors and Taiwan's Control Yuan said they are investigating the death of the Vietnamese worker.

The case has sparked debate about the treatment of migrant workers in the country as Nguyen obviously did not receive timely medical treatment. In addition, the expensive brokerage fees that each migrant worker had to pay for coming to work in Taiwan was also brought up as Nguyen was one of the migrant workers who absconded from his job to avoid paying off a huge debt to employment brokers.