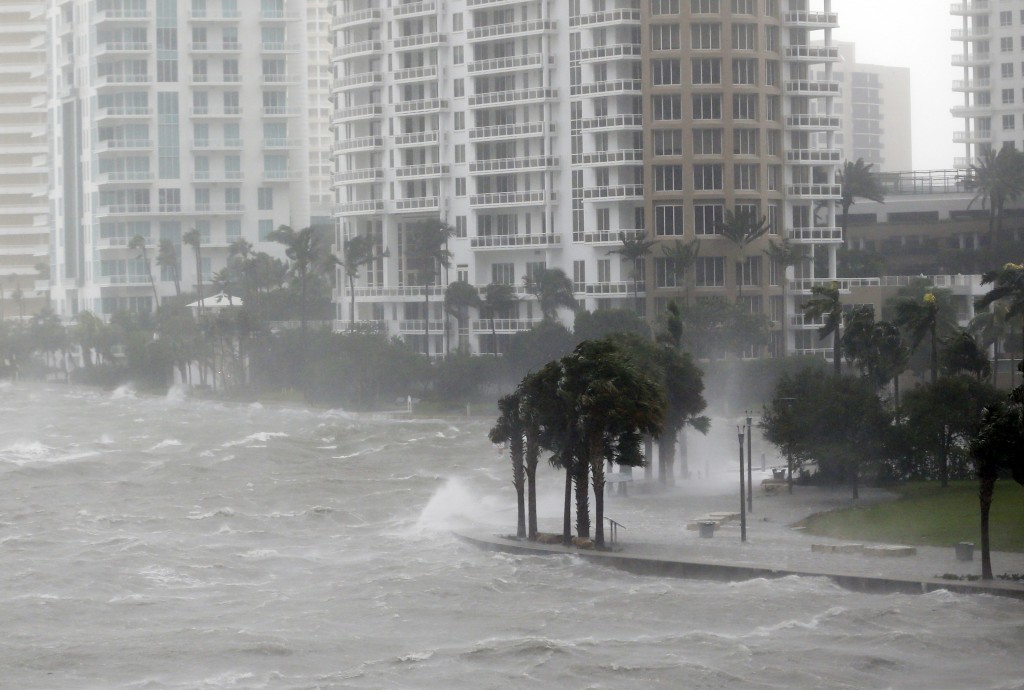 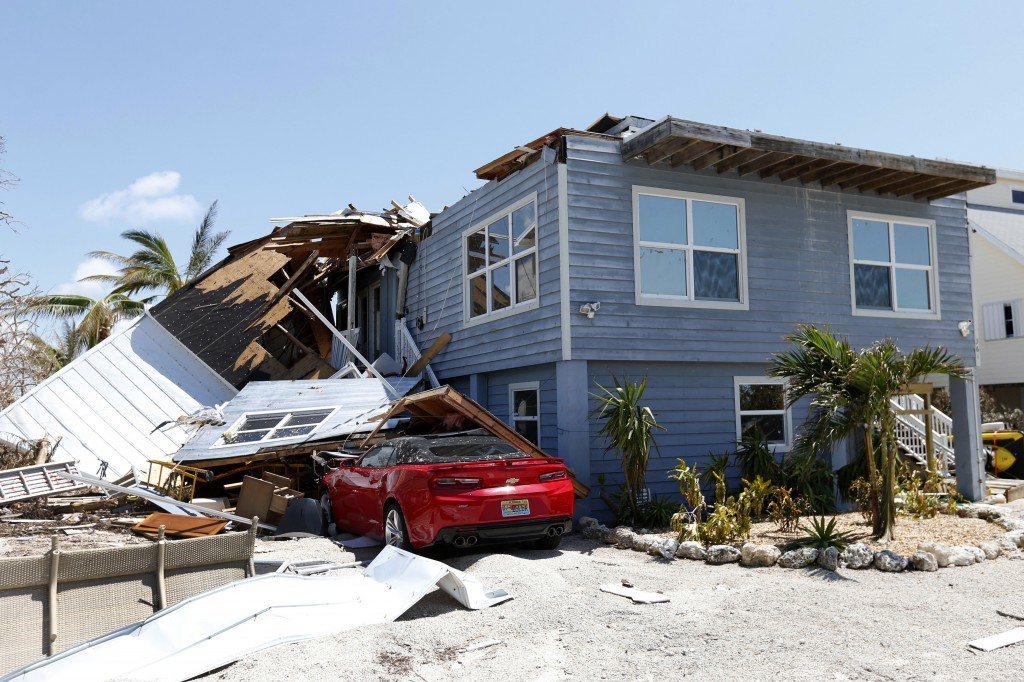 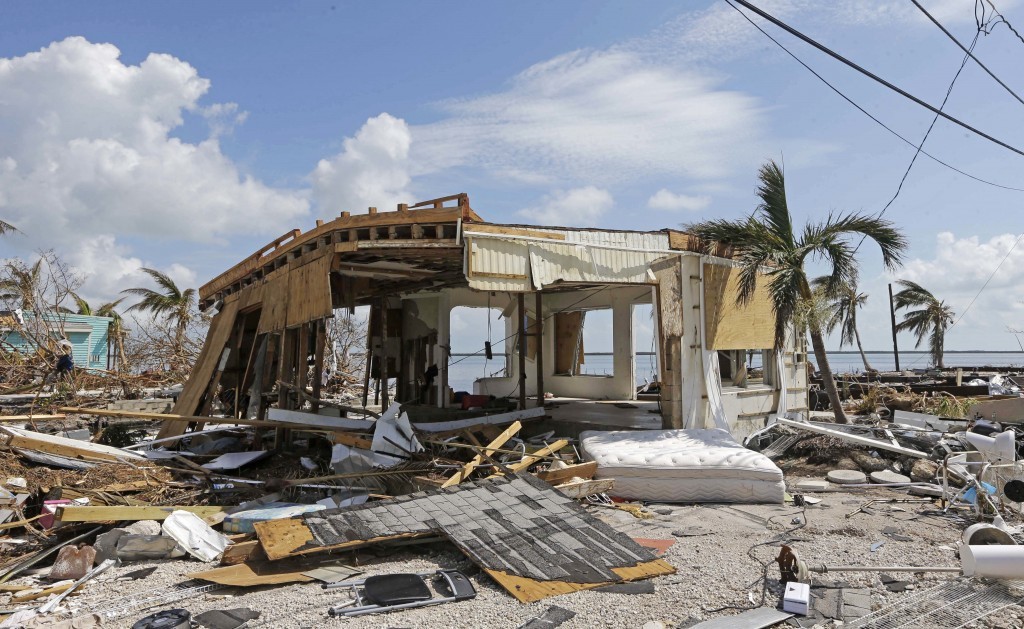 Nothing seems to curb America's appetite for life near the sea, especially in the warmer climates of the South. Coastal development destroys natural barriers such as islands and wetlands, promotes erosion and flooding, and positions more buildings and people in the path of future destruction, according to researchers and policy advisers who study hurricanes.

"History gives us a lesson, but we don't always learn from it," said Graham Tobin, a disaster researcher at the University of South Florida in Tampa. That city took a glancing hit from Hurricane Irma — one of the most intense U.S. hurricanes in years — but suffered less flooding and damage than some other parts of the state.

In 2005, coastal communities took heed of more than 1,800 deaths and $108 billion in damages from Hurricane Katrina, one of the worst disasters in U.S. history. Images of New Orleans under water elicited solemn resolutions that such a thing should never happen again — until Superstorm Sandy inundated lower Manhattan in 2012. Last year, Hurricane Matthew spread more deaths, flooding and blackouts across Florida, Georgia and the Carolinas. From 2010-2016, major hurricanes and tropical storms are blamed for more than 280 deaths and $100 billion in damages, according to data from the federal National Centers for Environmental Information.

Harvey, another historically big hurricane, flooded sections of Houston in recent weeks. Four counties around Houston, where growth has been buoyed by the oil business, took the full force of the storm. The population of those counties expanded by 12 percent from 2010 to 2016, to a total of 5.3 million people, the AP analysis shows.

During the same years, two of Florida's fastest-growing coastline counties — retirement-friendly Lee and Manatee, both south of Tampa — welcomed 16 percent more people. That area took a second direct hit from Irma after it made first landfall in the Florida Keys, where damage was far more devastating.

Overall growth of 10 percent in Texas Gulf counties and 9 percent along Florida's coasts during the same period was surpassed only by South Carolina. Its seaside population, led by the Myrtle Beach area of Horry County, ballooned by more than 13 percent.

Nationally, coastline counties grew an average of 5.6 percent since 2010, while inland counties gained just 4 percent. This recent trend tracks with decades of development along U.S. coasts. Between 1960 and 2008, the national coastline population rose by 84 percent, compared with 64 percent inland, according to the Census Bureau.

Cindy Gerstner, a retiree from the inland mountains of upstate New York, moved to a new home in January in Dunedin, Florida, west of Tampa. The ranch house sits on a flood plain three blocks from a sound off the Gulf of Mexico. She was told it hadn't flooded in 20 years — and she wasn't worried anyway.

"I never gave it a thought," she said during a visit back to New York as Irma raked Florida. "I always wanted to live down there. I always thought people who lived in California on earthquake faults were foolish."

Her enthusiasm for her new home was undiminished by Irma, which broke her fence and knocked out power but left her house dry.

In Horry County, where 19 percent growth has led all of South Carolina coastline counties, Irma caused only minor coastal flooding. The county's low property taxes are made possible by rapid development and tourism fees, allowing retirees from the North and Midwest to live more cheaply. Ironically, punishing hurricanes farther south in recent years has pushed some Northerners known locally as "half-backers" to return halfway home from Florida and to resettle in coastal South Carolina.

Add the area's moderate weather, appealing golf courses, and long white strands — the county is home to Myrtle Beach — and maybe no one can slow development there. "I don't see how you do it," said Johnny Vaught, vice chairman of the county council. "The only thing you can do is modulate it, so developments are well designed."

Risk researchers say more is needed. "We're getting better at emergency response," said Tobin at the University of South Florida. "We're not so good at long-term control of urban development in hazardous areas."

The Federal Emergency Management Agency helps recovery efforts with community relief and flood insurance payments. The agency did not immediately respond to a request for comment. It provides community grants for projects aimed at avoiding future losses. Some projects elevate properties, build flood barriers, or strengthen roofs and windows against high winds. Others purchase properties subject to repeated damage and allow owners to move.

But coastline communities face more storm threats in the future.

Global warming from human-generated greenhouse gases is melting polar ice and elevating sea levels at an increasing pace, according to the National Oceanic and Atmospheric Administration. That amplifies storm surges and other flooding. Also, some climate models used by scientists predict stronger, more frequent hurricanes as another effect of global warming in coming decades.

"There will be some real challenges for coastal towns," predicted Jamie Kruse, director of the Center for Natural Hazards Research at East Carolina University in Greenville, North Carolina. "We'll see some of these homes that are part of their tax base becoming unlivable."

Hazard researchers said they see nothing in the near term to reverse the trend toward bigger storm losses. As a stopgap, communities should cease building new high-rises on the oceanfront, said Robert Young, director of the Program for the Study of Developed Shorelines at Western Carolina University in Cullowhee, North Carolina.

"The reason why this development still continues is that people are making money doing it," he said. "Communities are still increasing their tax base — and that's what politicians like."

Program for the Study of Developed Shorelines: https://psds.wcu.edu/

HURRICANE NEWSLETTER - Get the best of the AP's all-formats reporting on Irma and Harvey in your inbox: http://apne.ws/ahYQGtb