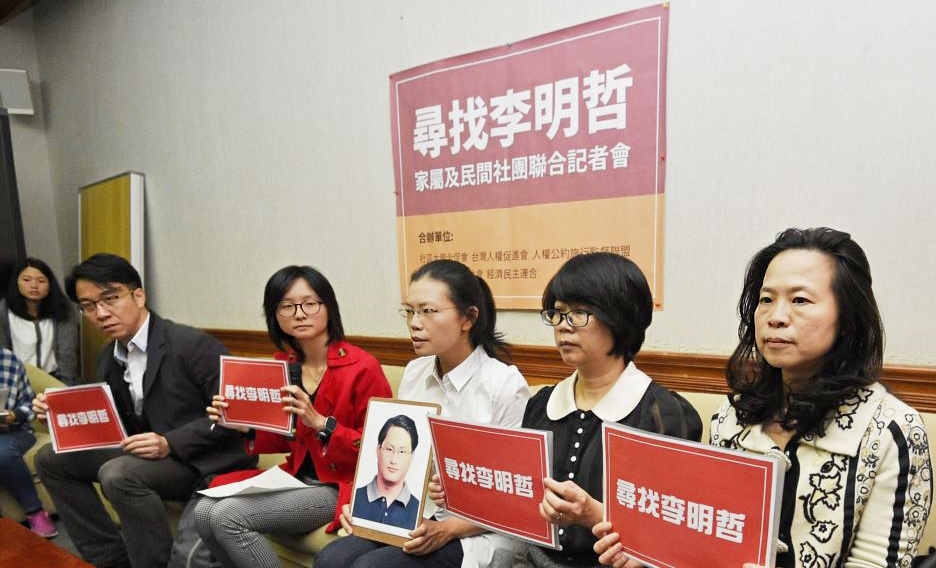 As the eyes of the world have been turned to natural disasters in the USA the Caribbean, and the Indian subcontinent, a pending typhoon in the Pacific, and a man-made tragedy in Myanmar, it should perhaps come as little surprise that another show-trial in the People’s Republic of China has attracted relatively little in the way of international attention.

After all, it’s not the first time a human rights activist has been put ‘on trial’ for crimes against the Communist Party and it won’t be the last. Such events are an accepted norm in China as far as the rest of the world is concerned. And of course, that is exactly how the Communist Party want it to be.

But the trial of Lee Ming-che was a little bit more significant than many that have gone before. Firstly, he is Taiwanese and putting him for such offences during a period of heightened tensions across the Taiwan Straits is undoubtedly an effort by Beijing to send a signal to Taipei.

What Taiwan tells China about itself

Amongst the activities which Lee is thought to face charges over is the delivery of online lectures on how Taiwan successfully transitioned from a military dictatorship until the KMT to a multi-party democracy.

For Beijing, the level of success Taiwan’s democratic system has enjoyed is a constant thorn. They have long perpetuated the myth that China is accustomed to strong leadership and that democracy would lead to instability and chaos. Taiwan is clear evidence against this and inevitably Beijing’s authoritarian, single-party state wants to cover this up as much as possible domestically.

Lee Ching-yu, the wife of Lee Ming-che, who has bravely travelled to China despite the risk this undoubtedly put her in, said after the trial, which she was barred from, “We [have] witnessed how different the core values are of Taiwan and China." Nothing could be truer.

The ‘One China, Two Systems’ myth

Then there is the manner in which Lee Ming-che was detained by the Chinese authorities. He legally entered Macau on March 19th before disappearing. Macau, like Hong Kong, is a Special Administrative Region (SAR) of China, and governed under the so-called ‘One China, Two Systems’. This means that, under recognised international treaties, while sovereignty over Macau now belongs to China, it has its own Government and control over its own domestic laws.

Chinese law enforcement agents have no legal right to operate in Macau, but in this case, it is apparent that they did. After entering Macau, nothing more was heard from Lee until the Chinese authorities eventually confirmed he was in their custody in China. A number of international organisations including Amnesty International, as well as the Taiwanese Government, have condemned this action and called for his immediate release.

This is not the first time China has illegally abducted people from their SARs. Prominent examples include billionaire Xiao Jianhua, who was taken from Hong Kong this January and the case of the Hong Kong booksellers, who had the temerity to sell books critical of China’s President Xi Jinping, was also widely reported.

The effect of such actions is intended to create fear and help China to assert control in their SARs. It does this well, but also sends two clear messages to the rest of the world.

Firstly, it emphasises the disregard China has for international treaties when it is not in their interest to adhere to them. And secondly, it shows how the supposed protections offered by a ‘One China, Two Systems’ agreement are not worth the paper they are written on.

This latter message is particularly important to Taiwan, where those who advocate unification with China claim such an agreement would offer Taiwan the best of both worlds. This is demonstrably not the case and Taiwan was to submit to such an agreement, there should be no doubt that Chinese law enforcement, surveillance, and censorship would quickly gain a foothold in Taiwan too.

The other significant point about the trail of Lee Ming-che is the law under which he is accused. Subversion charges are nothing new in China of course, but Lee is the first person to face such charges under new laws designed to crack down on NGO activity in China.

Under the laws, which were passed earlier this year, Foreign NGO’s are forbidden from doing anything which might be interpreted as posing a risk to China’s National Security or ‘Ethnic Unity’. These are deliberately vague and broad terms, but the phrase ‘Ethnic Unity’ is aimed at anyone advocating independence for Taiwan or any of the other minority regions which are claimed by China against the will of their people.

As a result of these new laws, NGOs in China come under considerable scrutiny from law enforcement agencies and it is Lee’s involvement in a group called Palm Flower Co., which was advocated a multi-party system in China, which seems to have got him into trouble.

Lee has pleaded guilty to the charges brought against him, admitting that he had "spread articles that maliciously attacked the Communist Party of China, China's existing system, and China's government." He also admitted to having organized people and wrote articles "intended to subvert the state's power."

It is unlikely that Lee had any choice but to plead guilty and statements of this nature in a Chinese Court can usually be assumed to have been made under duress. As his wife, Lee Ching-yu, said outside court, "Today the whole world witnessed a political show.”

But unfortunately, the whole world didn’t. The trial merited little coverage of consequence in the international media, precisely because such legal farces are normal in China.

The Chinese Communist Party has succeeded in normalising such actions, along with their contempt for international norms. They have successfully used their economic muscle to get away with such acts which, in any democratic nation, would result in the fall of a Government.

And until the international community overcomes its indifference to China’s myriad of human rights abuses and stands up as one against the Communist Regime, there are likely to be many more NGO workers from Taiwan and elsewhere, who succumb to the same fate as Lee Ming-che. 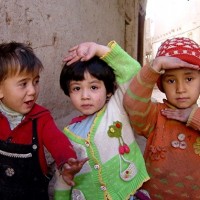 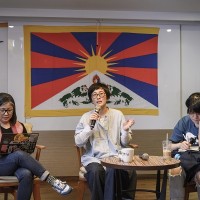