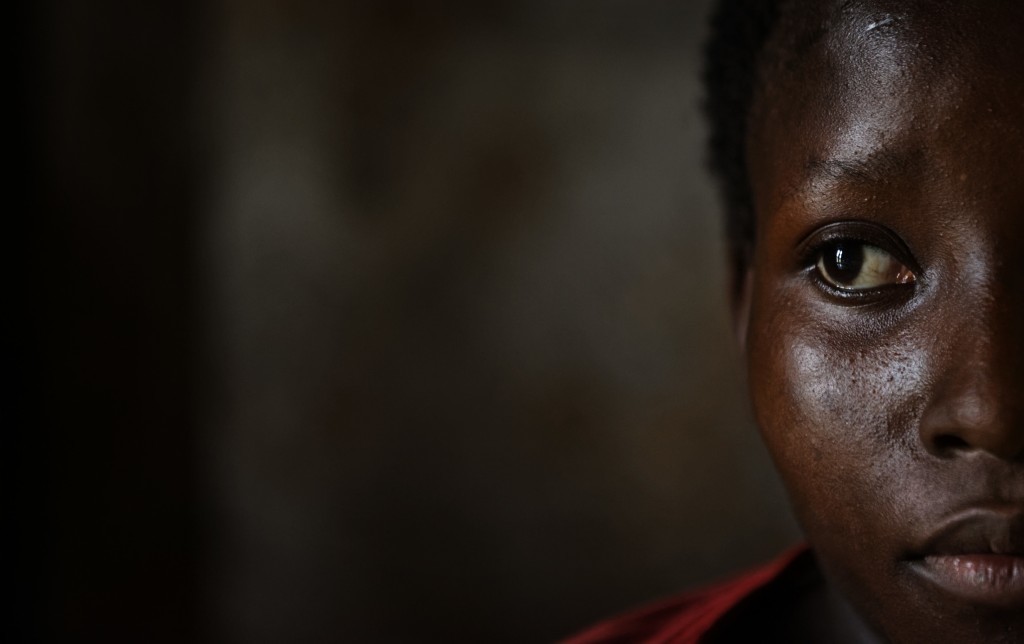 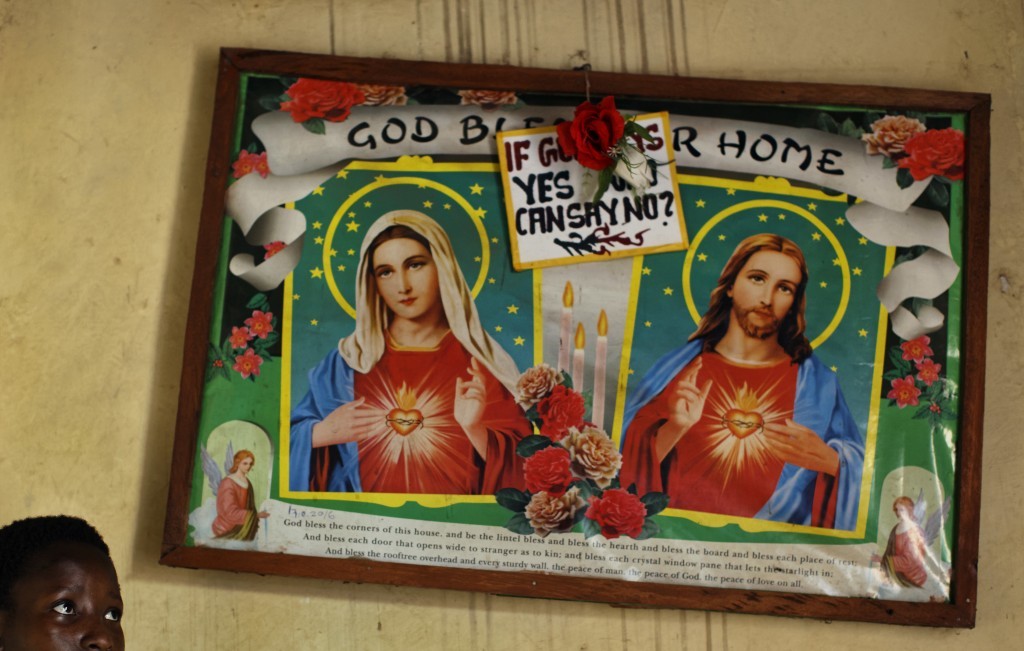 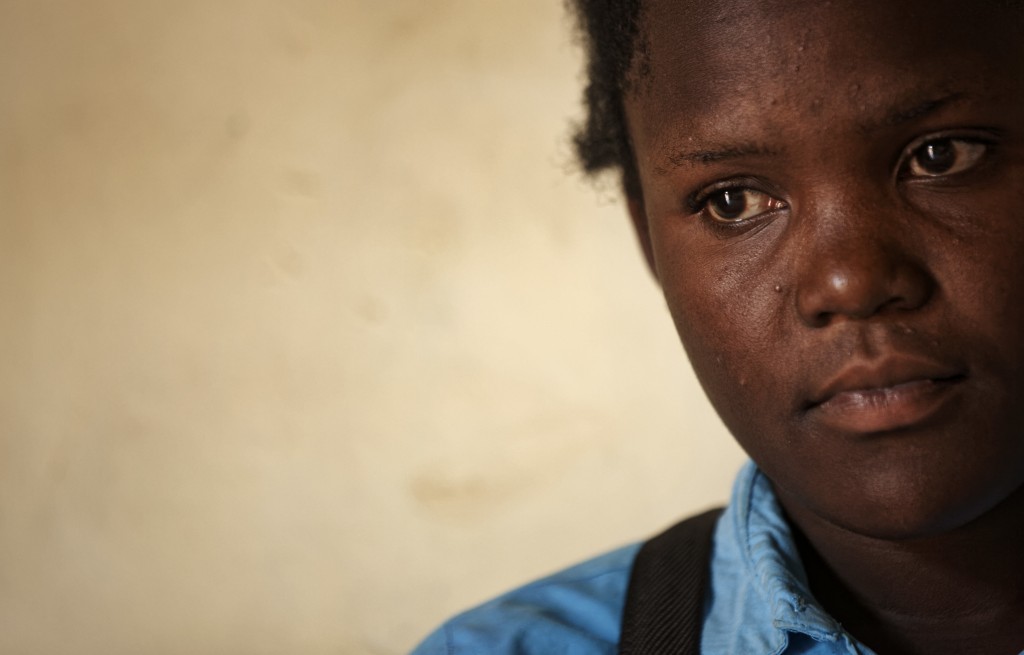 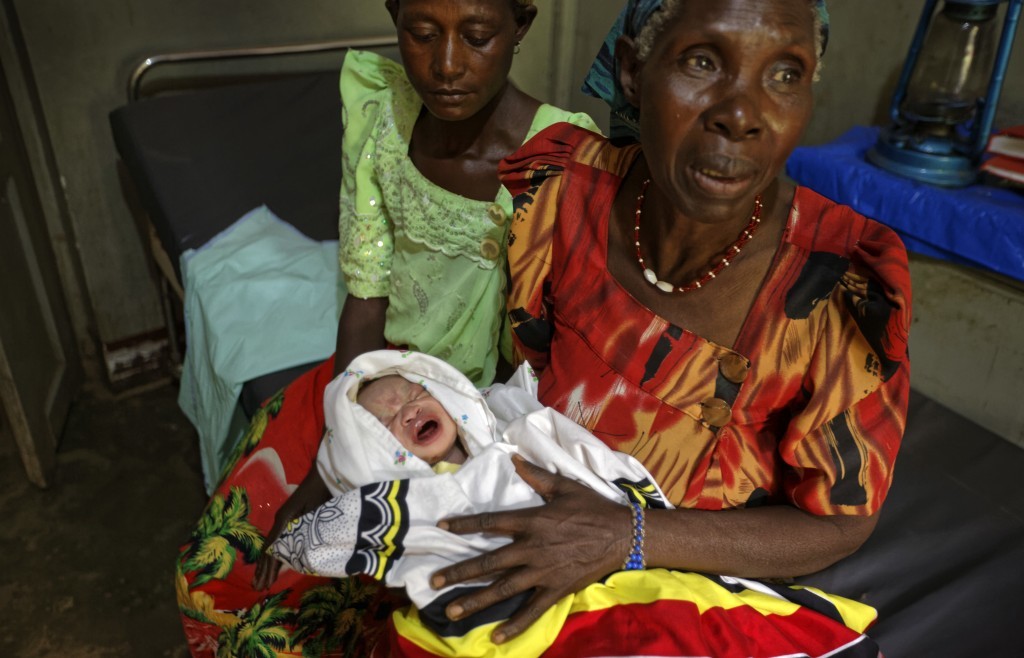 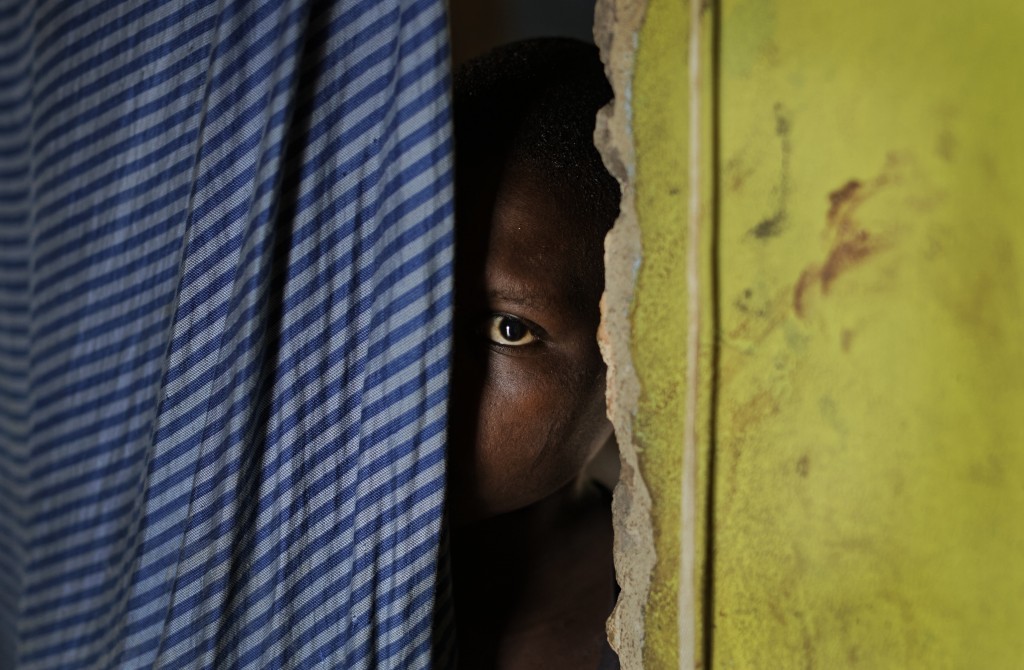 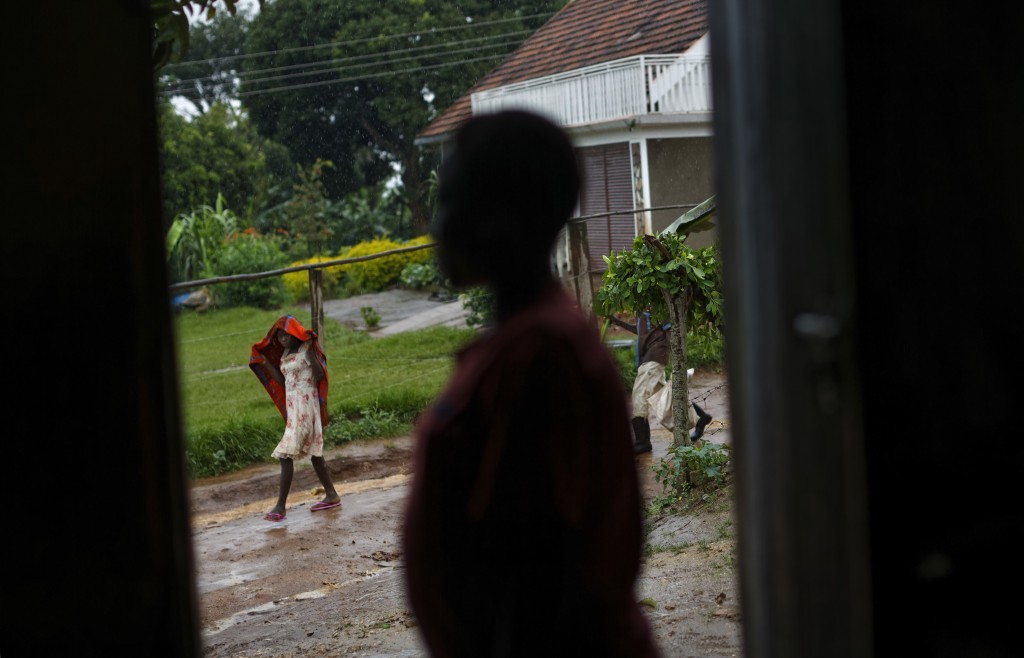 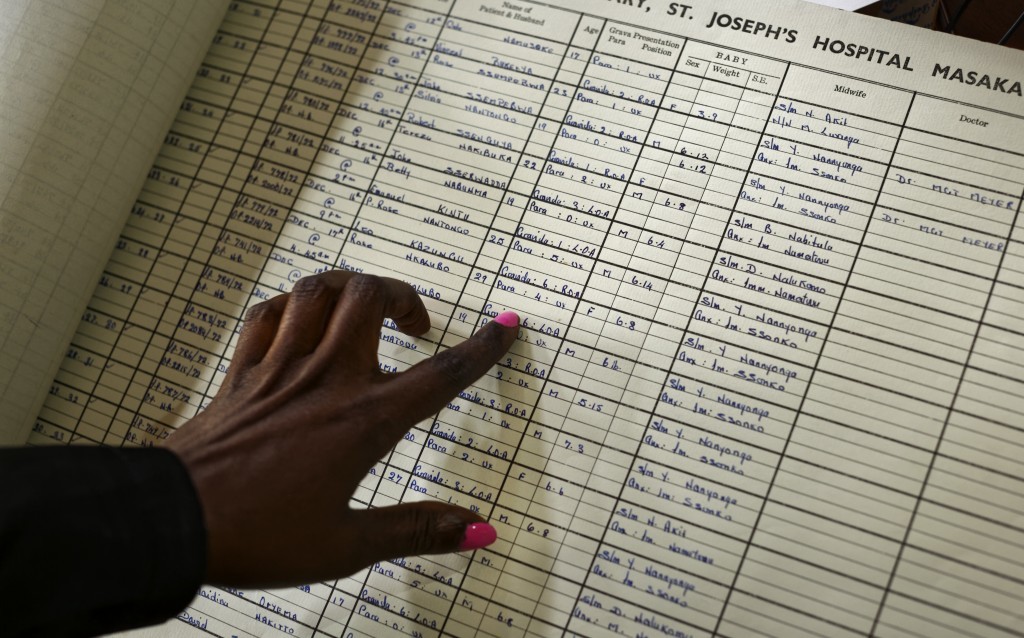 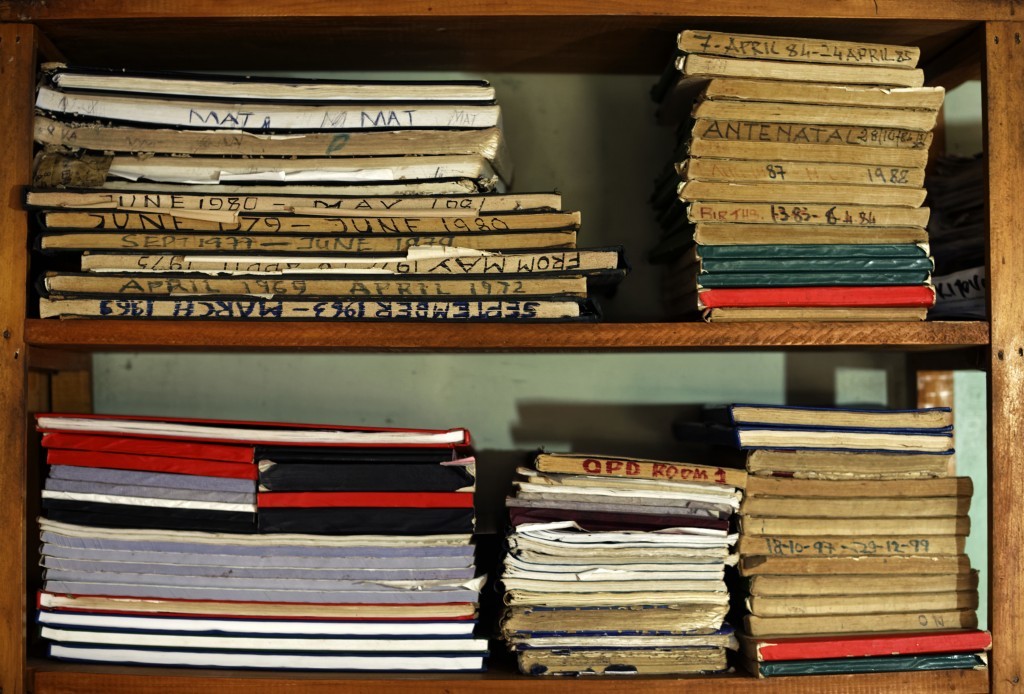 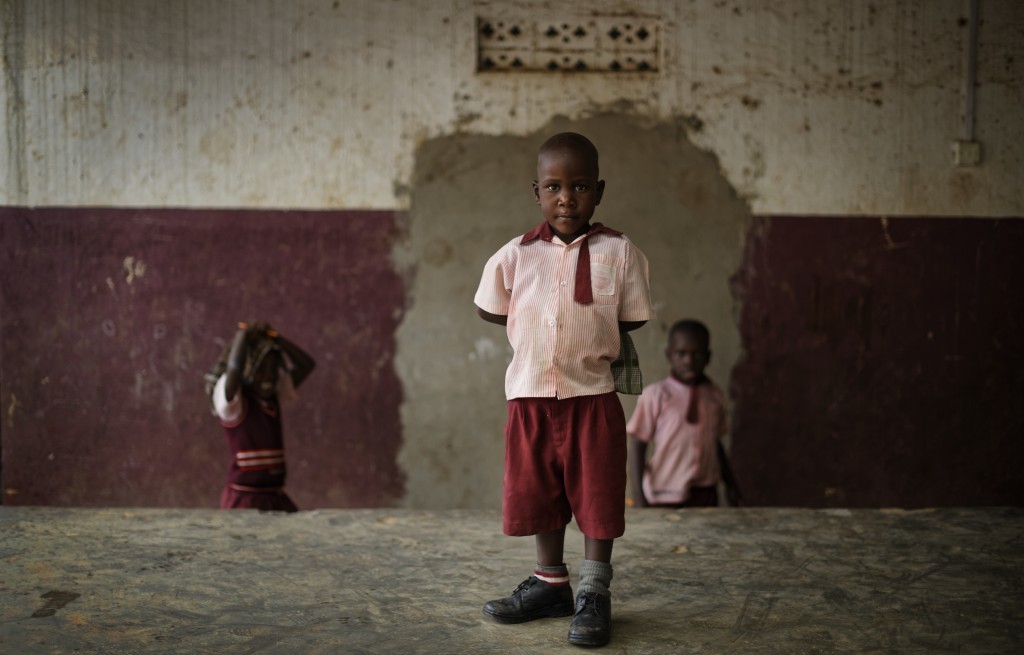 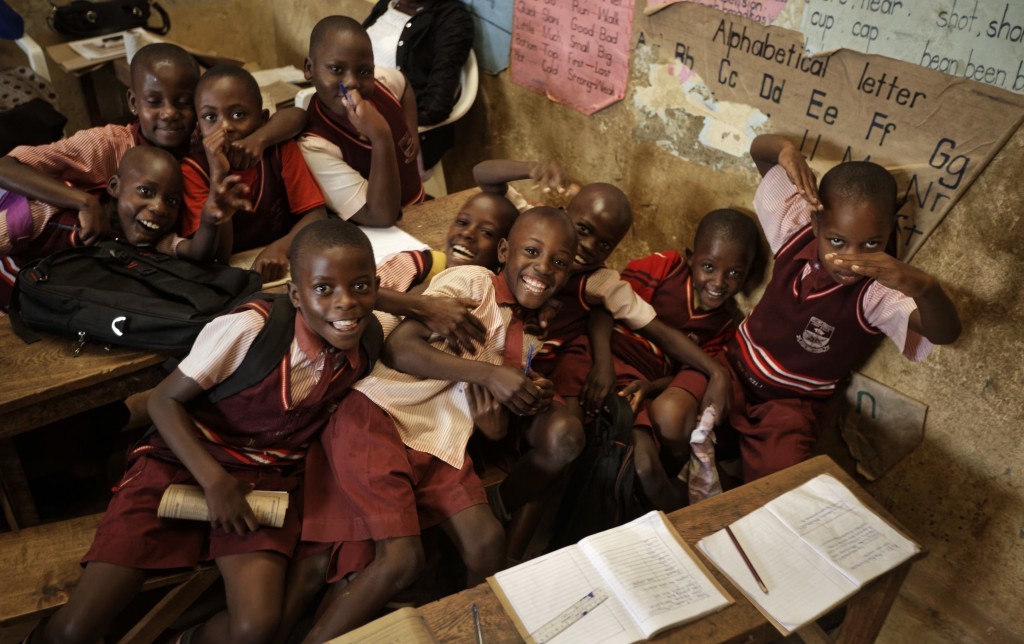 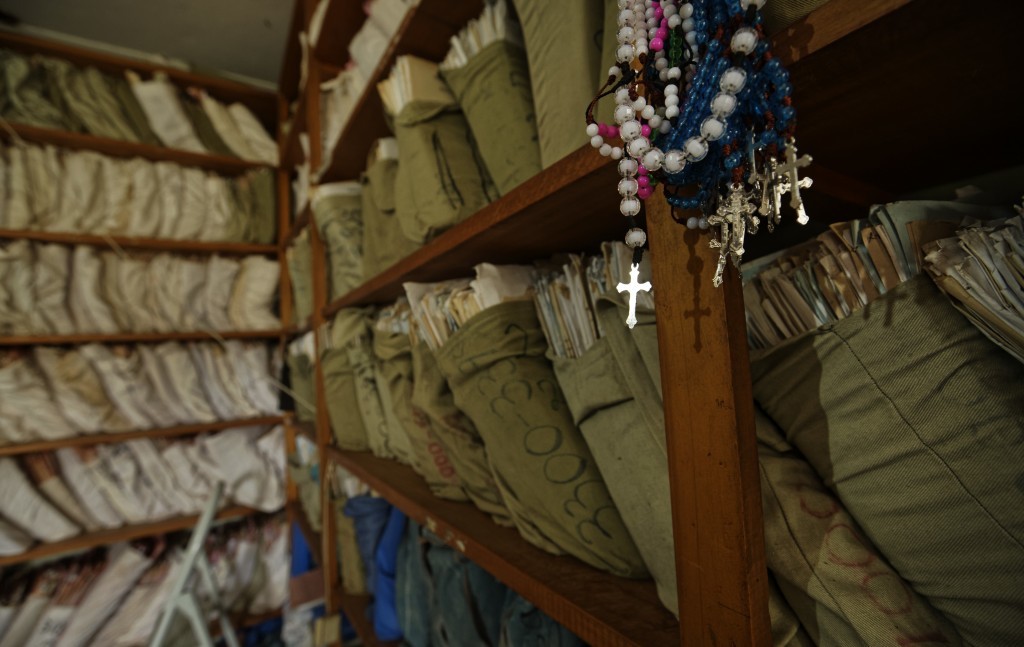 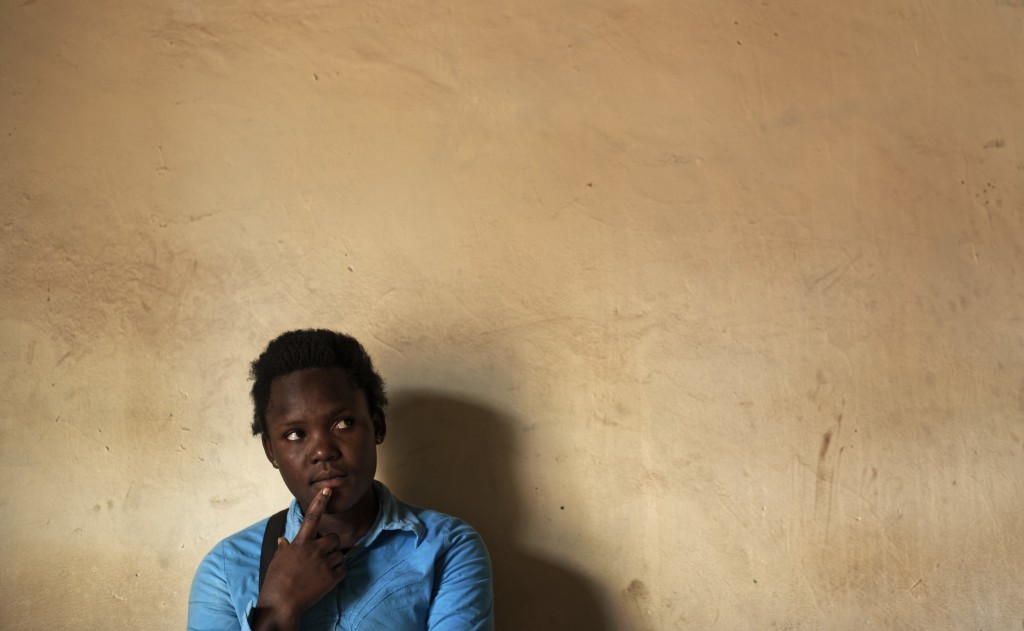 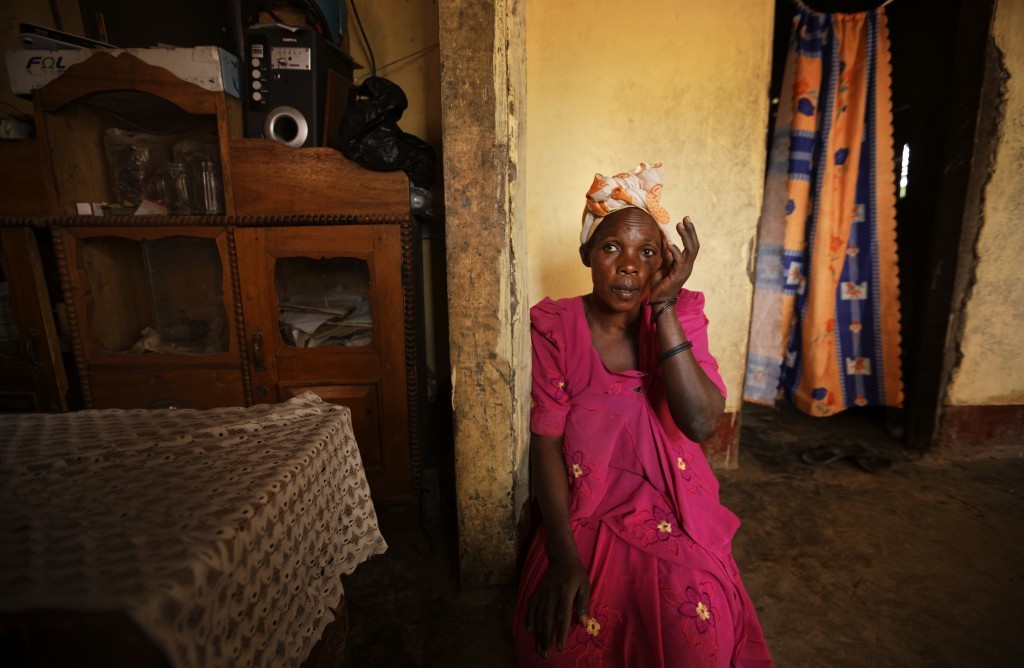 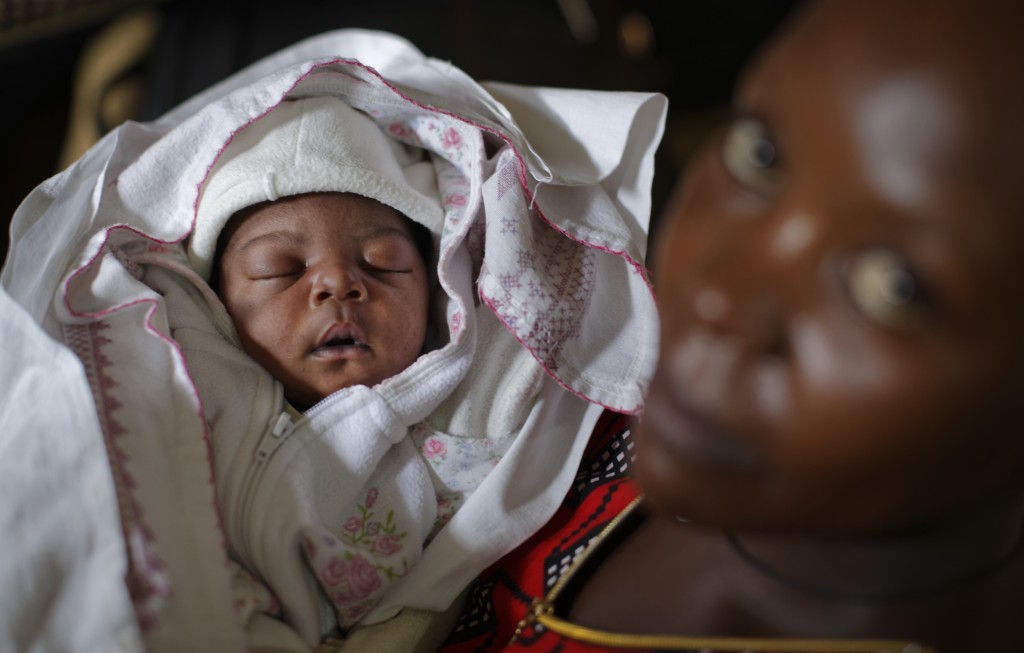 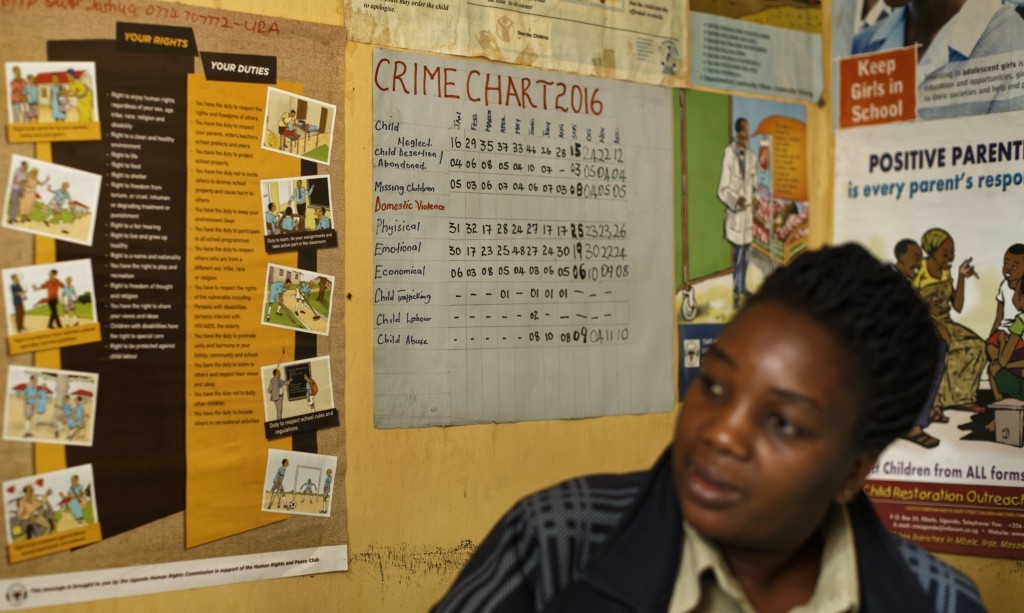 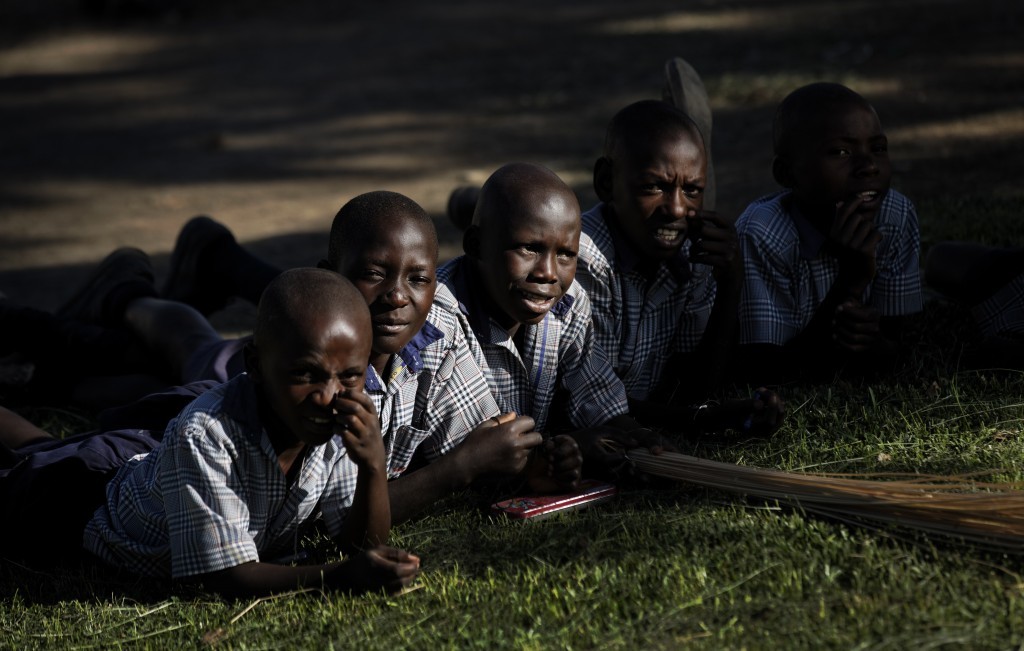 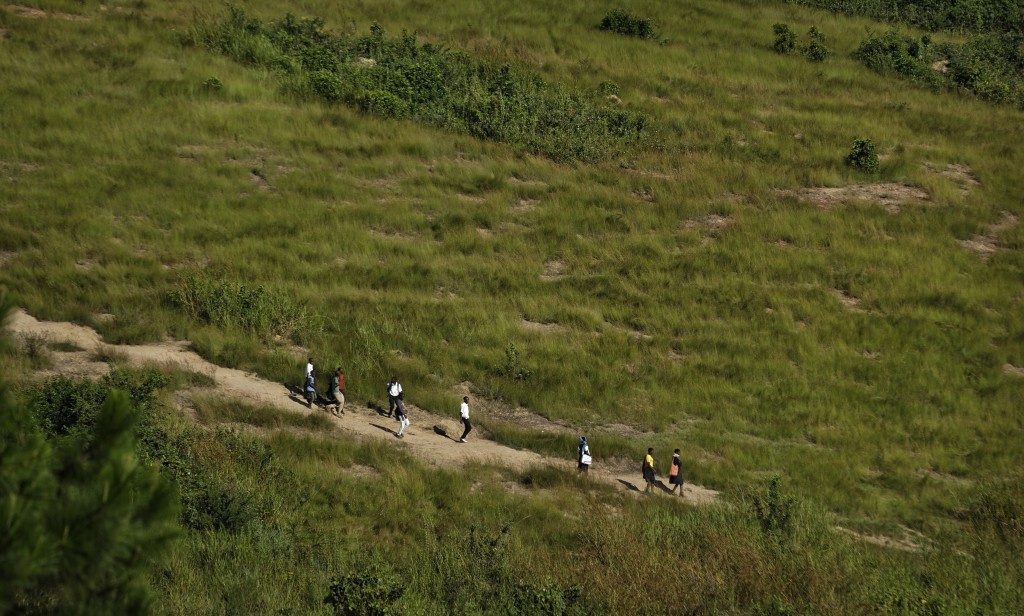 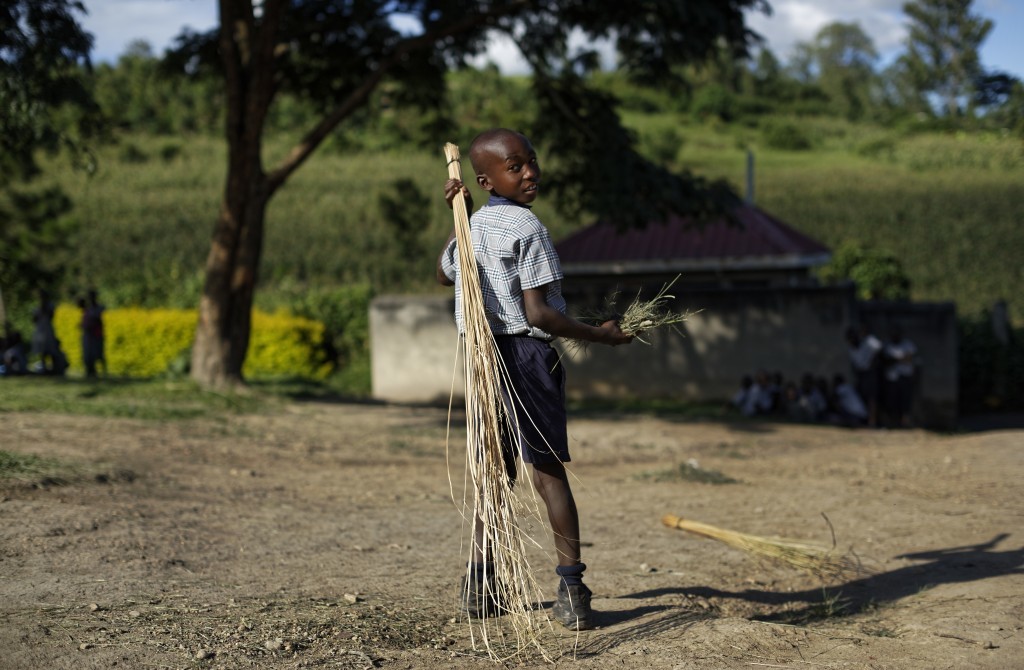 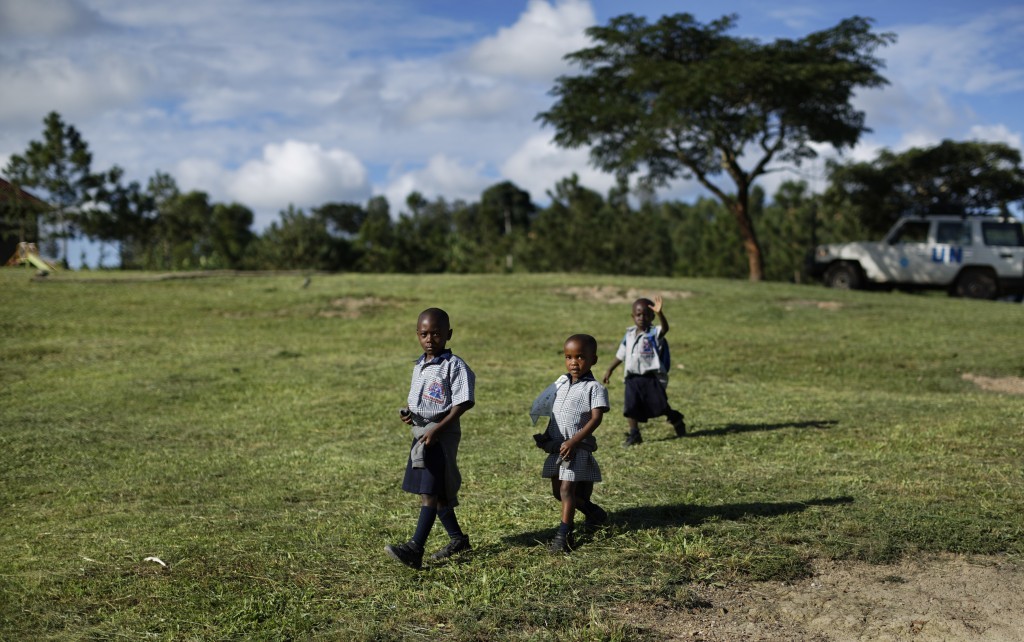 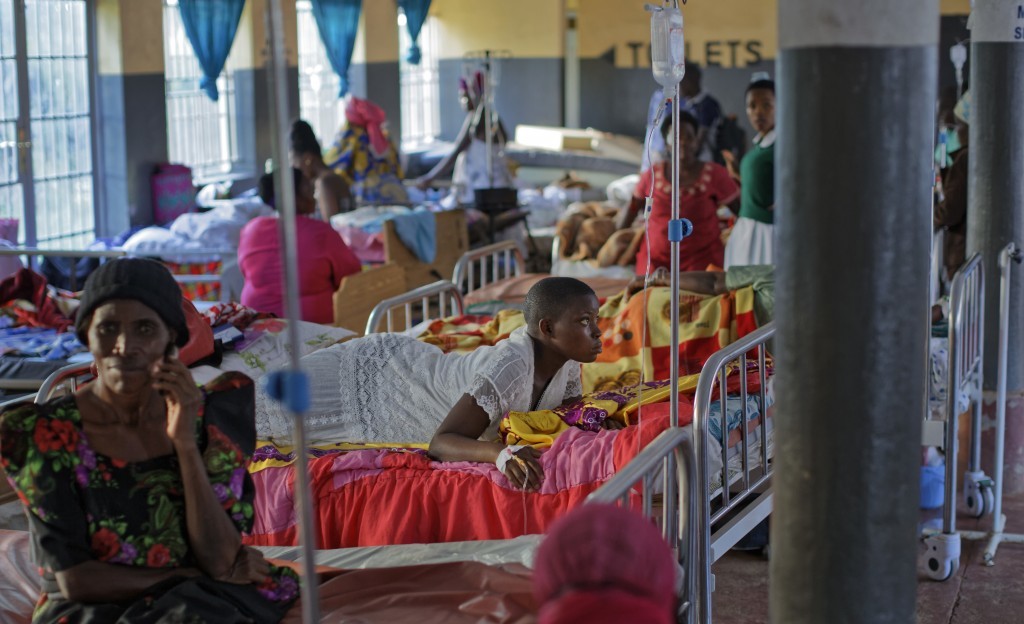 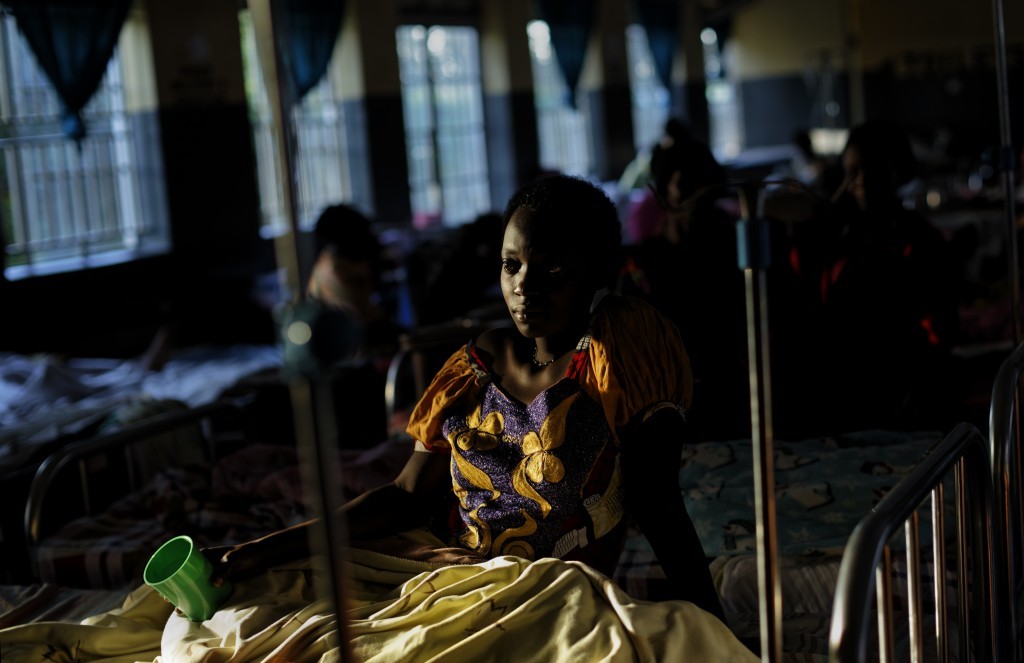 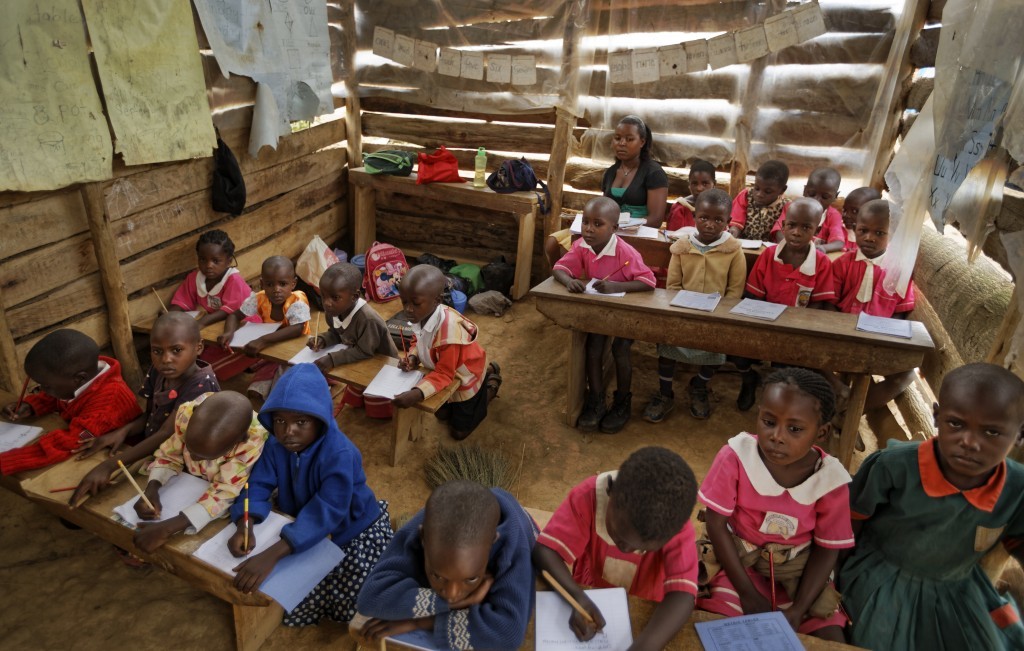 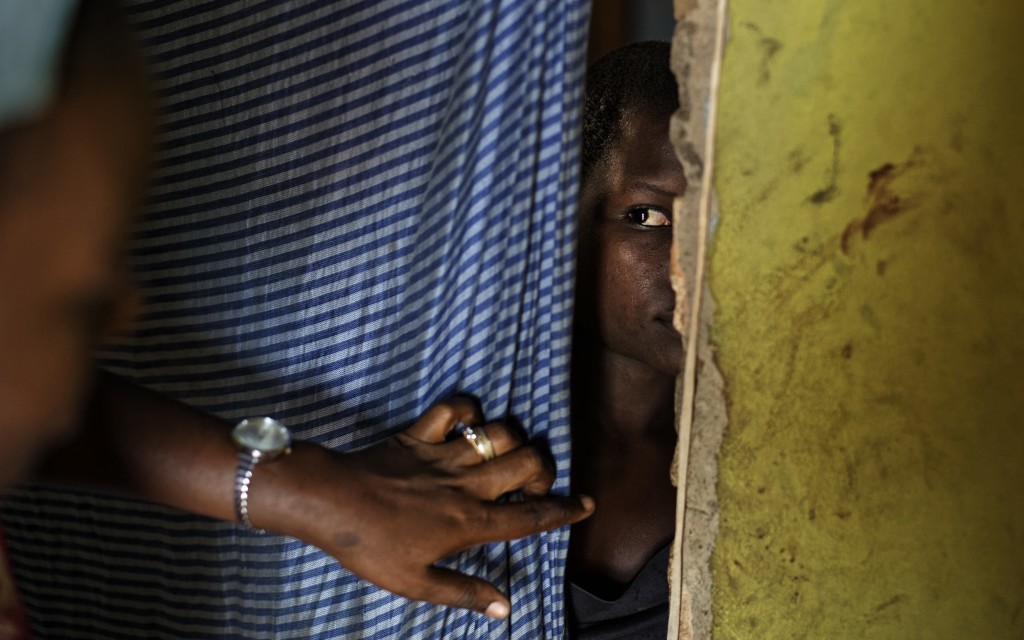 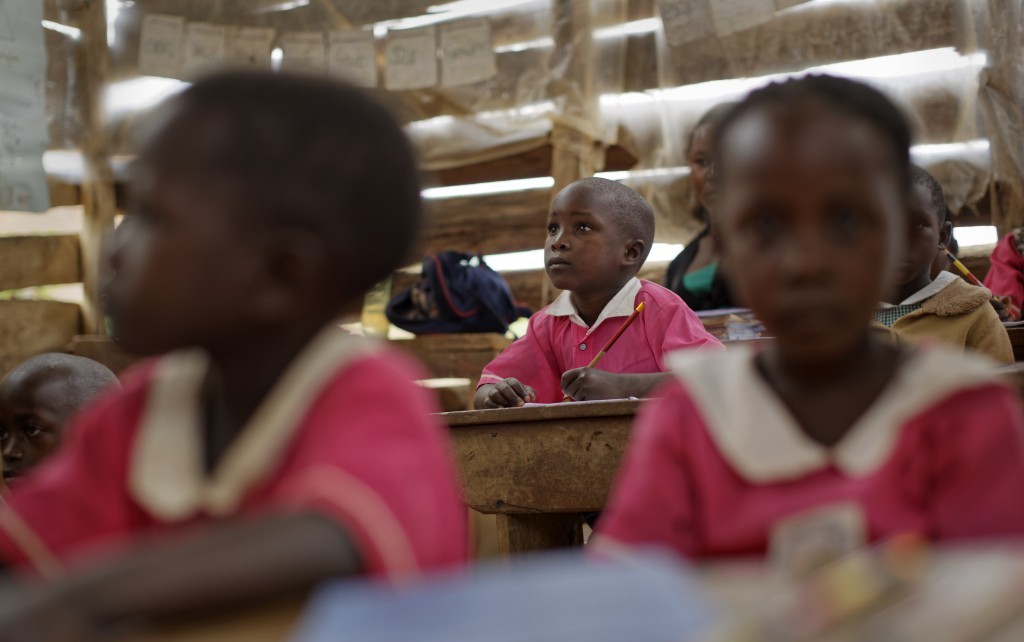 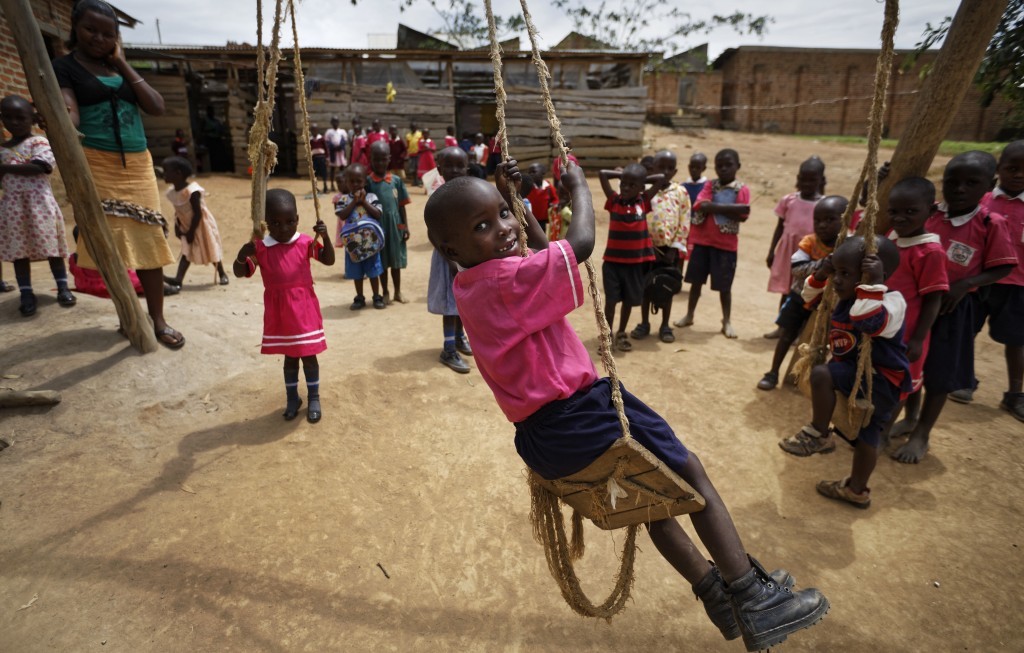 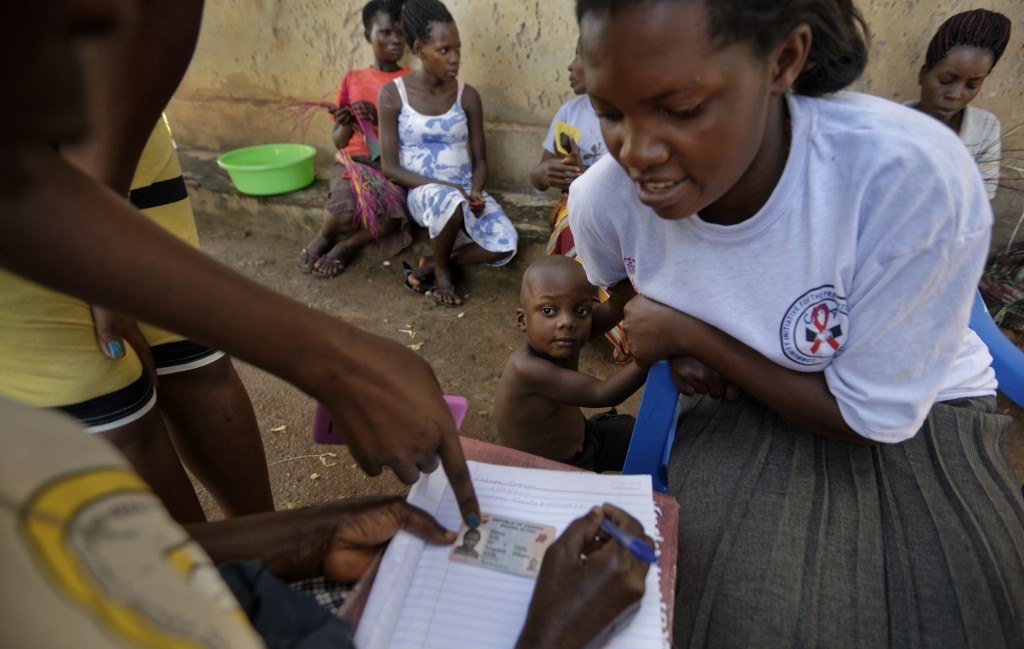 MASAKA, Uganda (AP) — Would a 15-year-old girl be married off by her parents in violation of the law? Would another girl, who looks even younger, get justice after an alleged statutory rape at the hands of an older man?

In their impoverished communities in Uganda, the answers hinged on the fact that one girl had a birth certificate and the other didn't. Police foiled the planned marriage after locating paperwork that proved the first girl was not 18 as her parents claimed. The other girl could not prove she was under the age of consent; her aunt, who's also her guardian, has struggled to press charges against the builder who seduced and impregnated her.

"The police were asking me many questions about proof of the girl's birth date. How old she is? Where she goes to school," said the aunt, Percy Namirembe, sitting in her tin-roofed shantytown home in Masaka near the shores of Lake Victoria in south-central Uganda. "I don't have evidence showing the victim is not yet 18."

As Namirembe spoke, in a room decorated with a collage of Christ and the Madonna, her niece sat beside her, her belly swollen and a vacant stare on her face.

In the developed world, birth certificates are often a bureaucratic certainty. However, across vast swaths of Africa and South Asia, tens of millions of children never get them, with potentially dire consequences in regard to education, health care, job prospects and legal rights. Young people without IDs are vulnerable to being coerced into early marriage, military service or the labor market before the legal age. In adulthood, they may struggle to assert their right to vote, inherit property or obtain a passport.

"They could end up invisible," said Joanne Dunn, a child protection specialist with UNICEF.

With the encouragement of UNICEF and various non-governmental organizations, many of the worst-affected countries have been striving to improve their birth registration rates. In Uganda, volunteers go house to house in targeted villages, looking for unregistered children. Many babies are born at home, with grandmothers acting as midwives, so they miss out on the registration procedures that are being modernized at hospitals and health centers.

By UNICEF's latest count, in 2013, the births of about 230 million children under age 5 — 35 percent of the world's total — had never been recorded. Later this year, UNICEF plans to release a new report showing that the figure has dropped to below 30 percent due to progress in countries ranging from Vietnam and Nepal to Uganda, Mali and Ivory Coast.

Uganda is a potential success story as well, though very much a work in progress. UNICEF child protection officer Augustine Wassago estimates that the country's registration rate for children under 5 is now about 60 percent, up from 30 percent in 2011.

While obtaining a birth certificate is routine for most parents in the West, it may not be a priority for African parents who worry about keeping a newborn alive and fed. Many parents wait several years, often until their children are ready for school exams, to tackle the paperwork.

Maria Nanyonga, who raises pigs and goats in Masaka, says lack of birth registration caused her to miss out on tuition subsidies for some of the seven nieces and nephews she is raising.

"I tried my best to get the children's certificates, but I didn't even know where to start," she said. "I didn't know when they were born, and the officials needed that."

Even now, two years after losing out on the financial aid, Nanyonga is uncertain about the children's ages.

Henry Segawa, a census worker in the Rakai administrative district, is among those who've been trained to do the registration outreach. Their efforts have been buttressed by public awareness campaigns; radio talk show hosts and priests have been encouraged to spread the word.

"When you go to a home, you explain the benefits of birth registration, and people have been responding well," Segawa said.

On one of his forays, Segawa was on hand in a remote village as a midwife delivered a baby at a decaying health center with a leaky roof, no running water and outhouse walls smeared with excrement.

The baby, Ben Ssekalunga, was the ninth child in his family, said his grandmother, Mauda Byarugaba.

"I want this baby to be her last one," she said of her daughter. "Nine children are too many."

Birth registration plays a pivotal role in Uganda's efforts to enforce laws setting 18 as the minimum age for marriage.

Child marriage remains widespread, due largely to parents hoping to get a dowry from their daughters' suitors. In the rare cases where the police are alerted, investigators face an uphill task pressing charges if they cannot prove, with a birth certificate or other official document, that the girl is a minor.

But in the recent case in Rakai, police detective Deborah Atwebembeire was able to prevail in a surprise raid on a wedding party because the bride-to-be's birth certificate proved she was 15.

"When we reached there, I heard one man say, 'Ah, but the police have come. Let me hope the girl is not young,'" Atwebembeire recalled.

The girls' parents claimed she was born in March 1999, which would have made her old enough to consent. Yet only months before, the girl's parents had told birth registration officials she was born in October 2001.

The wedding was called off, and the parents spent a night in jail.

"We achieved our objective, which was to stop the wedding," Atwebembeire said.

The girl, Asimart Nakabanda, had dropped out of school before the planned marriage. "The man is out of my mind now. I don't want him anymore," she said. "I want to go back to school and study."

The birth registration campaign in Uganda dates back only about five years and there's still uncertainty as to whether the government will invest sufficient funds to expand and sustain it.

In India, by contrast, the major progress in birth registration results from a decades-long initiative. Public health workers, midwives, teachers and village councilors in remote areas have all been empowered to report births. In areas with internet connectivity, online registration has helped boost overall coverage.

Chhitaranjan Khaitan, an official with the Registrar General and Census Commissioner, said 15 of the country's 29 states had reported a 100 percent birth registration rate, and seven more states surpassed 90 percent. Many states have successfully linked registration to a nationwide effort to provide every Indian citizen with an identification number.

An added motivation is India's effort to stem its skewed gender ratio, due largely to families' preference for sons. By requiring health workers and village officials to register all births, authorities hope fewer newborn girls will be killed by their families.

Pradeep Verma, a 28-year-old car mechanic in the village of Gram Mohdi in the central state of Chhattisgarh, was thrilled to obtain his daughter's birth certificate earlier this year.

"It was the first thing I did after my daughter was born," Verma said. "My parents did not register my birth. It was not considered important or necessary in those days."

Verma has had repeated problems with proving his identity, particularly in getting a government ration card that entitled him to cheap rice and sugar.

"I know how difficult it has been to get an official identity document or enroll in government welfare programs, since I have no proof of birth," said Verma, who dropped out of school in 10th grade. "My daughter will not have to face such hassles."

In 2013, with help from UNICEF, the state government launched a campaign using street theater, graffiti and notices distributed at markets to get the word out. Today, the state says it registers virtually every birth.

The West African nation of Mali is another success story. It's now reporting a birth registration rate of 87 percent — one of the highest in sub-Saharan Africa — despite a long-running conflict involving Islamic extremists.

Michelle Trombley, a UNICEF child protection officer in Mali, admires the parents and local officials who persisted with registration efforts even when their communities in the north were occupied by rebels.

"They were so dedicated to having children registered, they would smuggle in the official registration books," she said. "People were literally putting their lives at risk."

For all of the progress, huge challenges remain for UNICEF and its partners to attain their goal of near-universal registration by 2030.

In Somalia, wracked by famine and civil war, the most recent registration rate documented by UNICEF, based on data from 2006, was 3 percent — the lowest of any nation.

In Myanmar, the overall registration rate has surpassed 70 percent, but is much lower in the western state of Rakhine, base of the Rohingya, a Muslim ethnic minority. Human rights agencies say many thousands of Rohingya children there have no birth certificates because of discriminatory policies.

More broadly, there's the massive problem of children without birth certificates or other identification who make up a significant portion of the millions of displaced people around the world, fleeing war, famine, persecution and poverty.

In Lebanon, tens of thousands of Syrian children have been born to refugee parents in recent years without being registered by any government. The U.N. refugee agency, UNHCR, has pushed Lebanese authorities to ease barriers to registration, such as requirements to present certain identity documents.

Major efforts to register refugee children also are under way in Thailand and Ethiopia.

Monika Sandvik-Nylund, a senior child protection adviser with UNHCR, said birth registration can be crucial to enabling refugee children to return to their home countries or to reunite after being separated from their parents.

There are no comprehensive statistics on the extent of such separations, but Claudia Cappa, author of the upcoming UNICEF report, says they can be heartbreaking for a parent.

"How can you claim your child if you don't have proof he or she really existed?" she said. "Imagine how devastating this might be to a mother."