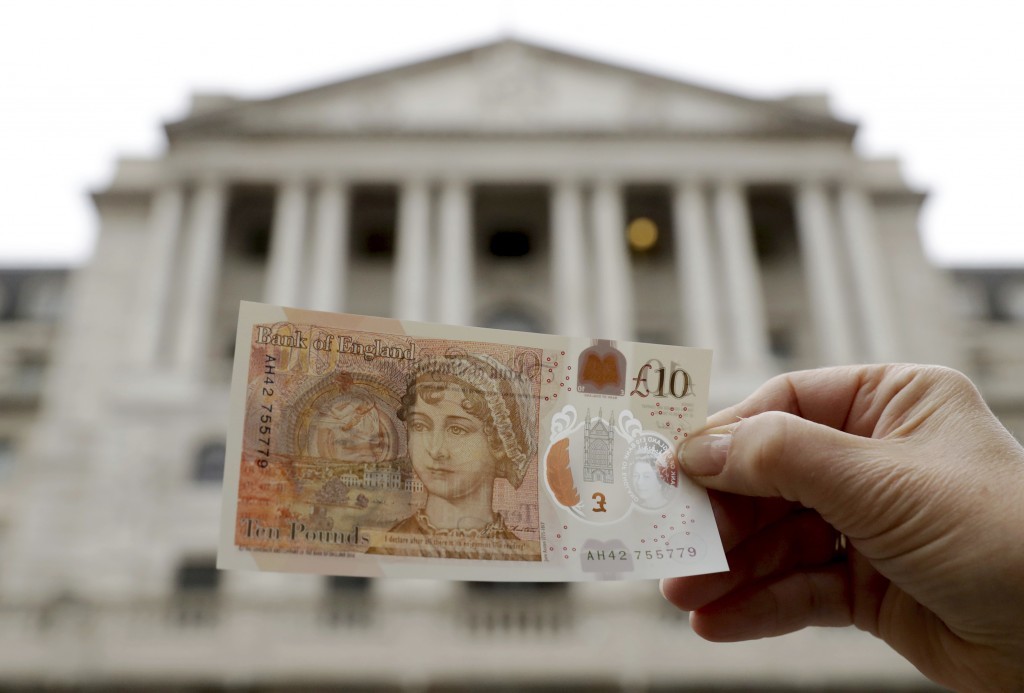 LONDON (AP) — The Latest on the Bank of England's monetary policy meeting (all times local):

The Bank of England has opted to keep its main interest rate at the record low of 0.25 percent even though inflation is running way above target.

In a statement Thursday, the bank said the Monetary Policy Committee voted 7-2 in favor of unchanged interest rates. The decision was expected in the markets.

However, rate-setters faced a dilemma during their deliberations. While inflation is running at 2.9 percent, and ahead of the Bank's target of 2 percent, the British economy has been weakening this year amid a consumer slowdown largely due to higher prices. The British economy has been the slowest-growing Group of Seven industrial economy this year.

There are also fears that uncertainty surrounding Britain's exit from the European Union will further weigh on confidence.

Bank of England policymakers have been faced with a dilemma during their deliberations over whether to increase interest rates, the outcome of which is due later Thursday.

The consensus in financial markets is that the nine-member Monetary Policy Committee will opt against raising the bank's main interest rate from the record low of 0.25 percent.

Though above-target inflation is likely to prompt at least two on the panel to vote for a hike, the majority are expected to opt for no change in light of the slowdown in Britain's economic growth and uncertainty over the country's exit from the European Union.

Economic figures this week have highlighted the dilemma. While inflation is running at 2.9 percent, above the bank's 2 percent target, households are facing a squeeze on their incomes.