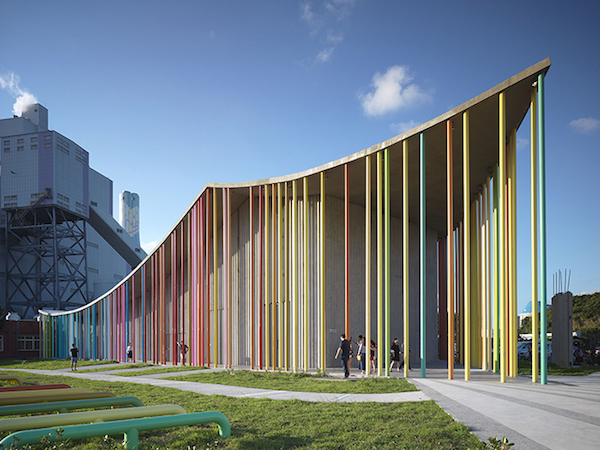 After heated Secondary Selection rounds that took place in Beijing, Shanghai, Shenzhen, and Taipei, a total of 410 entries have been selected to receive a coveted Design Mark. These entries are now in the running for the Best Design trophy, to be announced on December 7, 2017.

Amongst the selection is a Visual Communication campaign from advertising giant McCann Worldgroup, The Artmap for Cathay Pacific Airways. The Artmap utilizes a bespoke algorithm to extract travel data from over 600 million annual flights, then animates a Chinese calligraphy painting by mapping that data. The digital gift is sent to each of Cathay’s 1,089,365 Marco Polo Club members, detailing their individual travels. From China, One Take Architects exhibit an entrancing architectural installation called The Mirrored Sight Shelter. The installation was created for Longli New Media Art Festival and set by the north bank of Longxi River in southeast Guizhou, outside the old village of Longli. In designing the Shelter, architects articulated the isolation and tension of the Longli people and the vernacular community. The shelter itself has become a new regional landmark and a place for people to rest and have fun.

In the Product Design category, Sha Design (USA) showcases Eatwell — universal tableware, inspired by the designer’s grandmother who suffers from dementia. The dinner table is the nexus of any traditional Chinese family, where all generations get together and bond, so Sha Yao set out to resolve her grandmother’s eating difficulties. Eatwell has already won several awards during its research and development, including the 2014 Stanford Design Challenge.

Also in the Product design category, Oreo Vinyl is literally an Oreo cookie that plays music like a vinyl record. The designers at Dimension Plus in Hong Kong thought of everything, from producing original music that is printed onto the surface of the Oreo to designing a mini cardboard record player that is built into the packaging. You really have to see it to believe it!