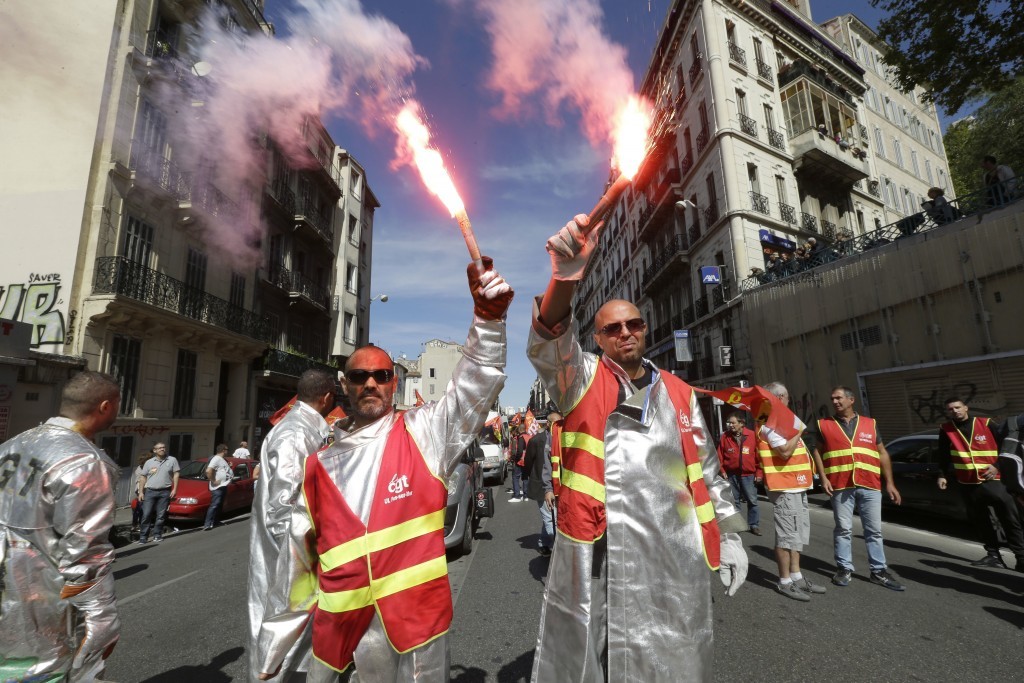 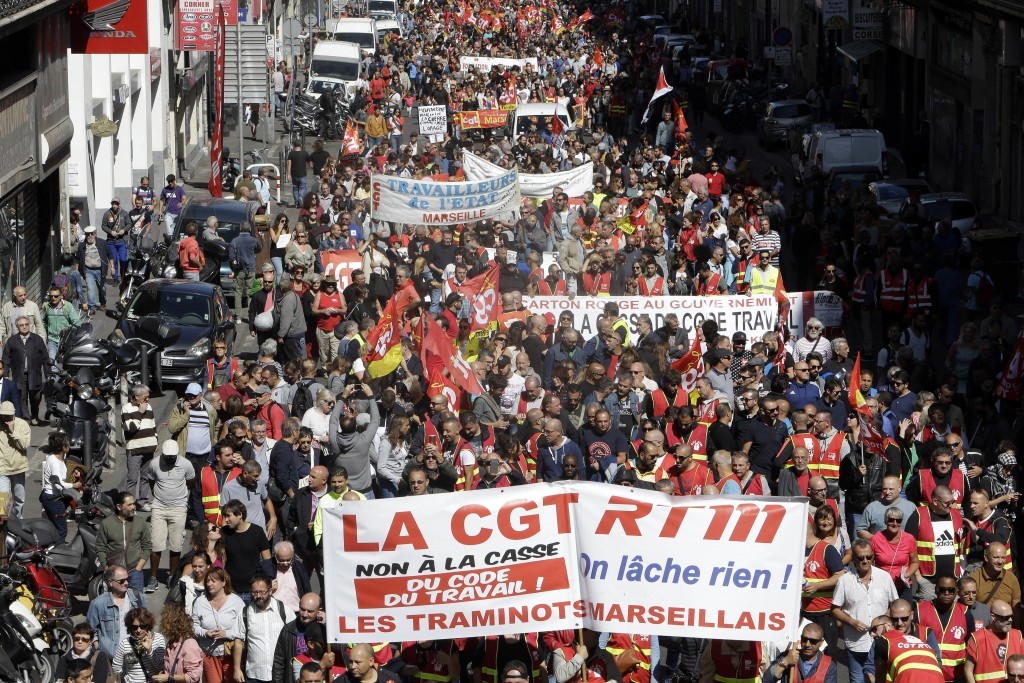 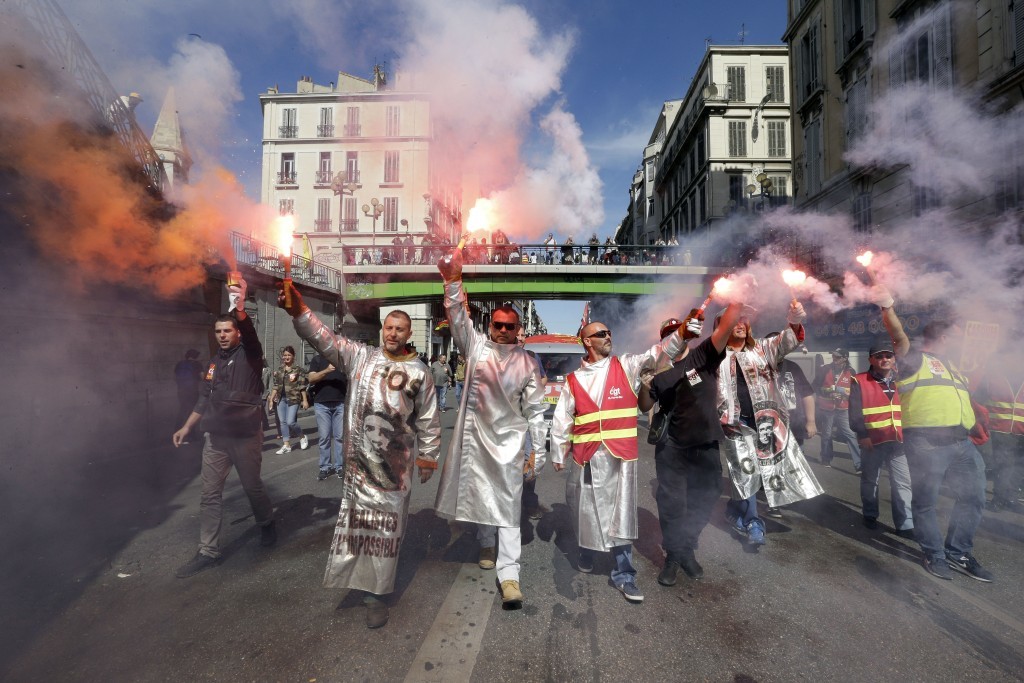 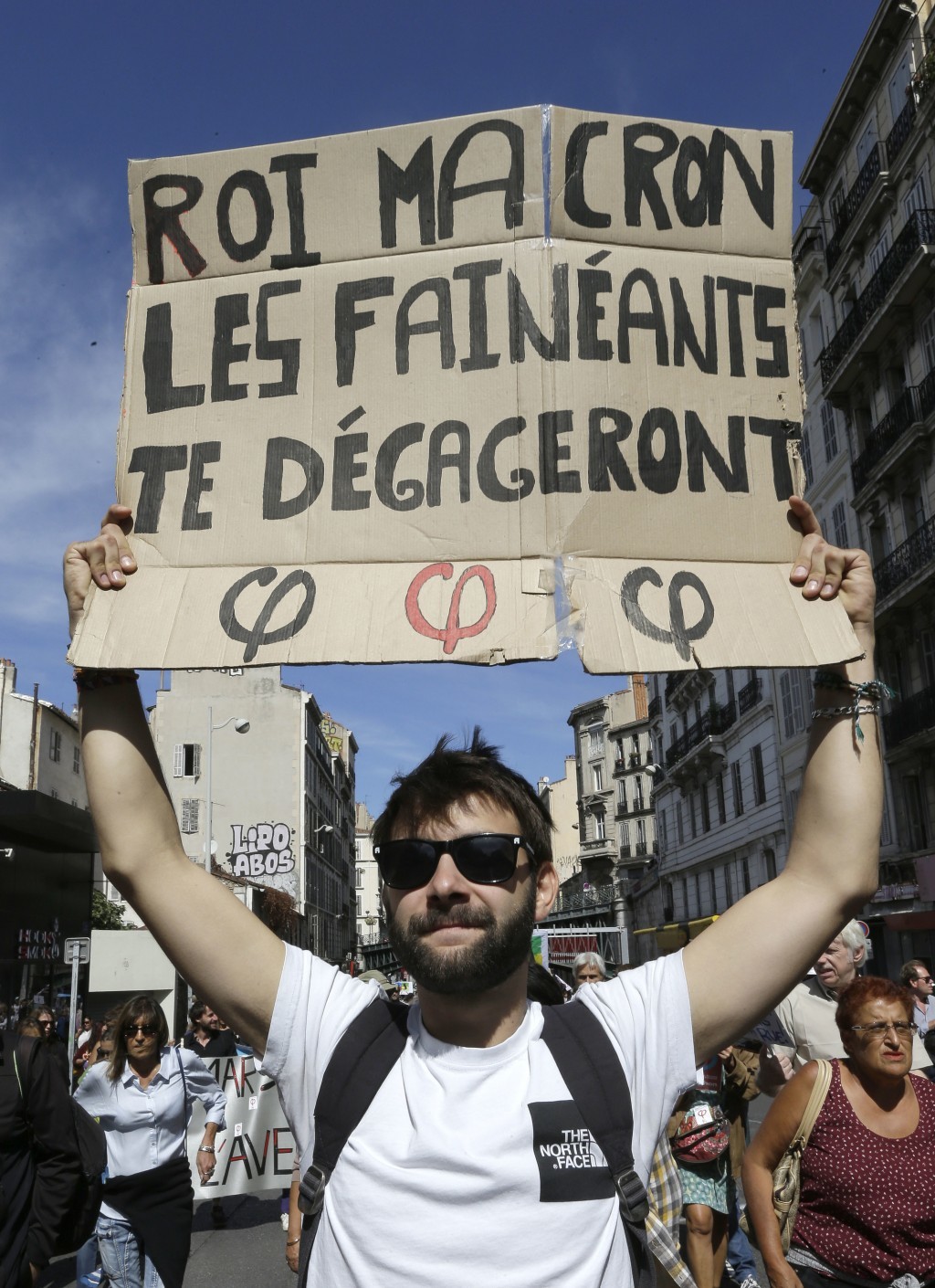 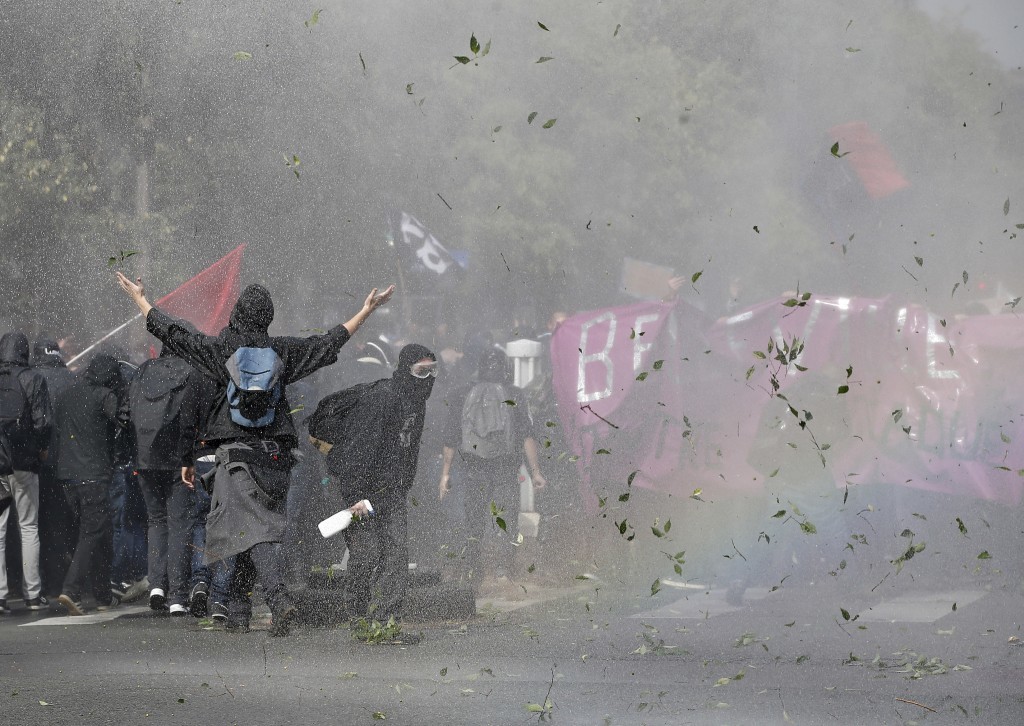 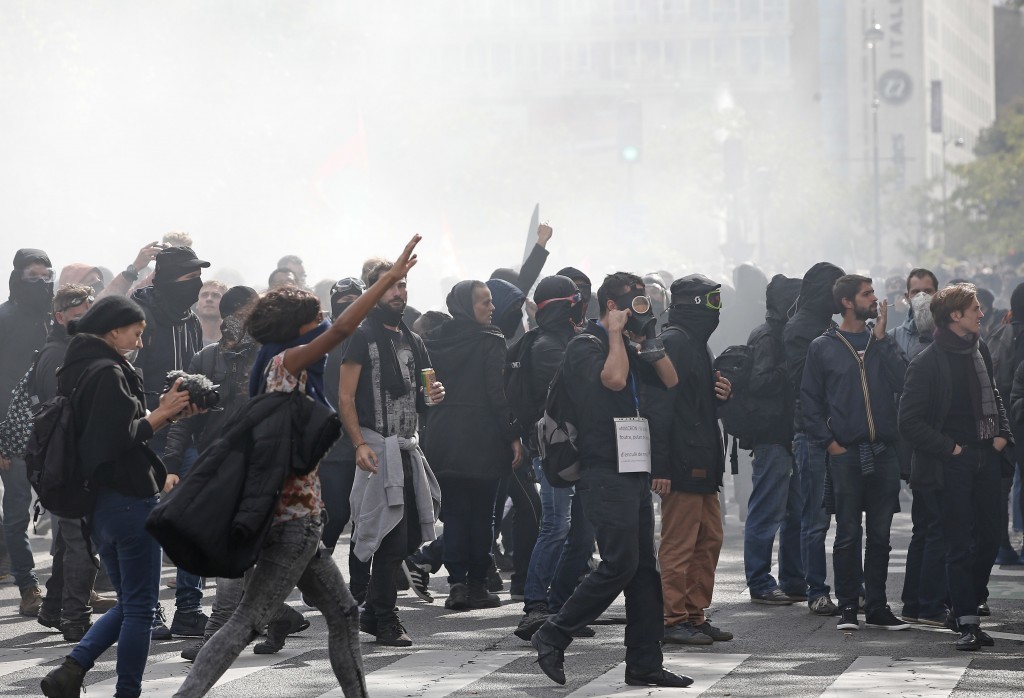 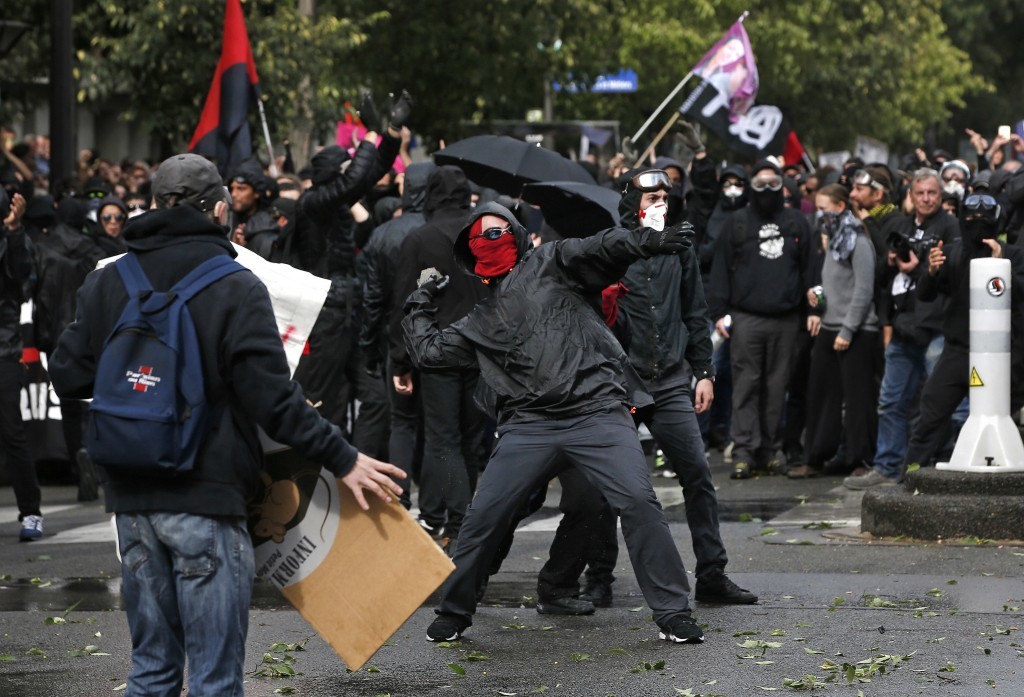 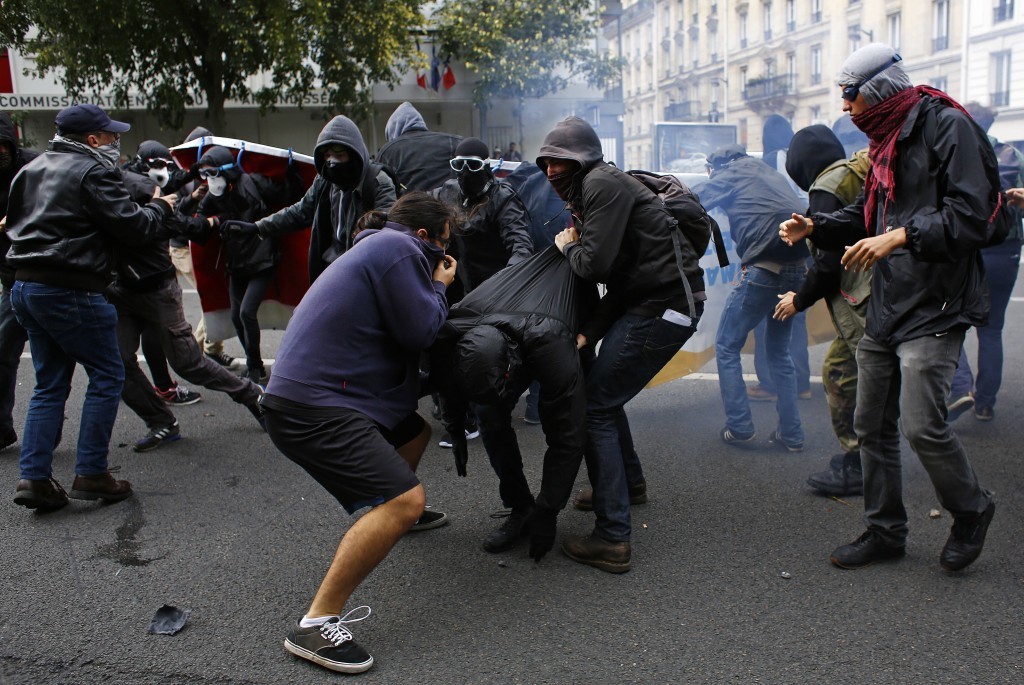 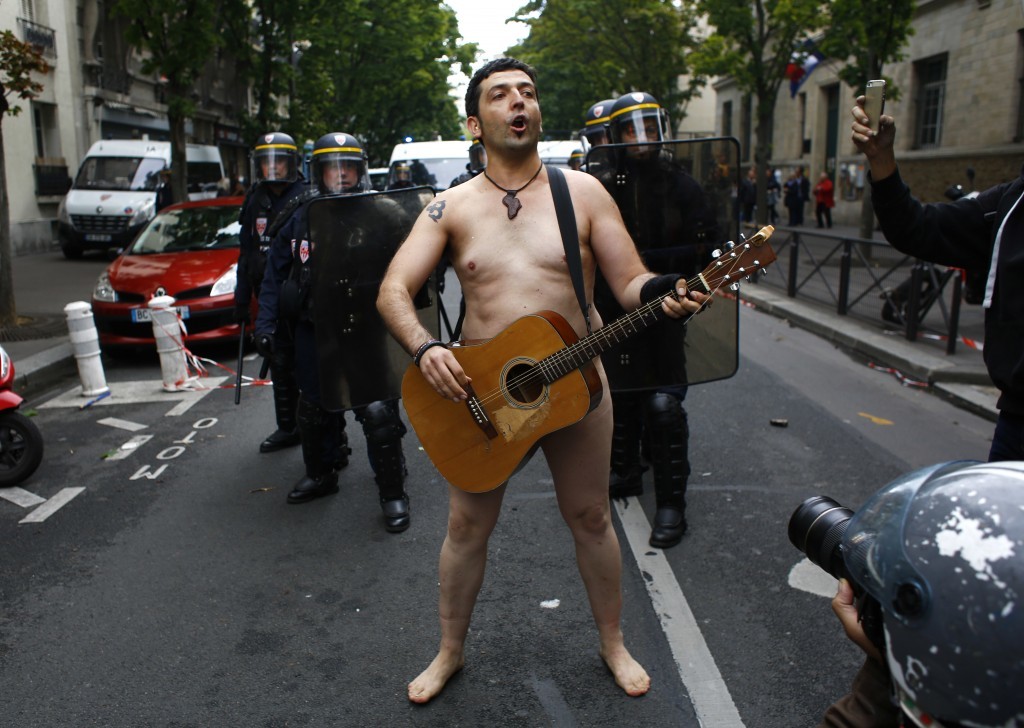 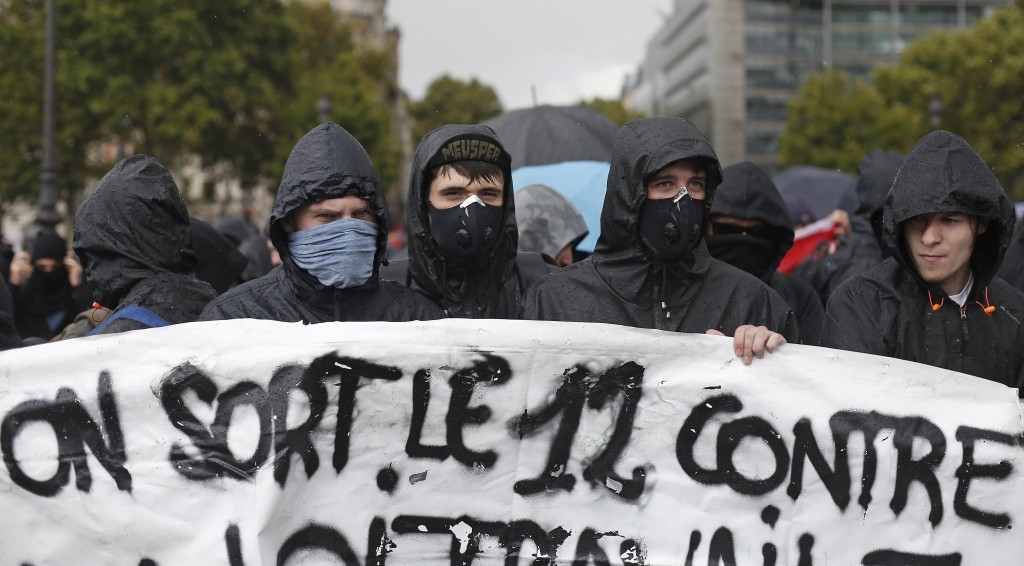 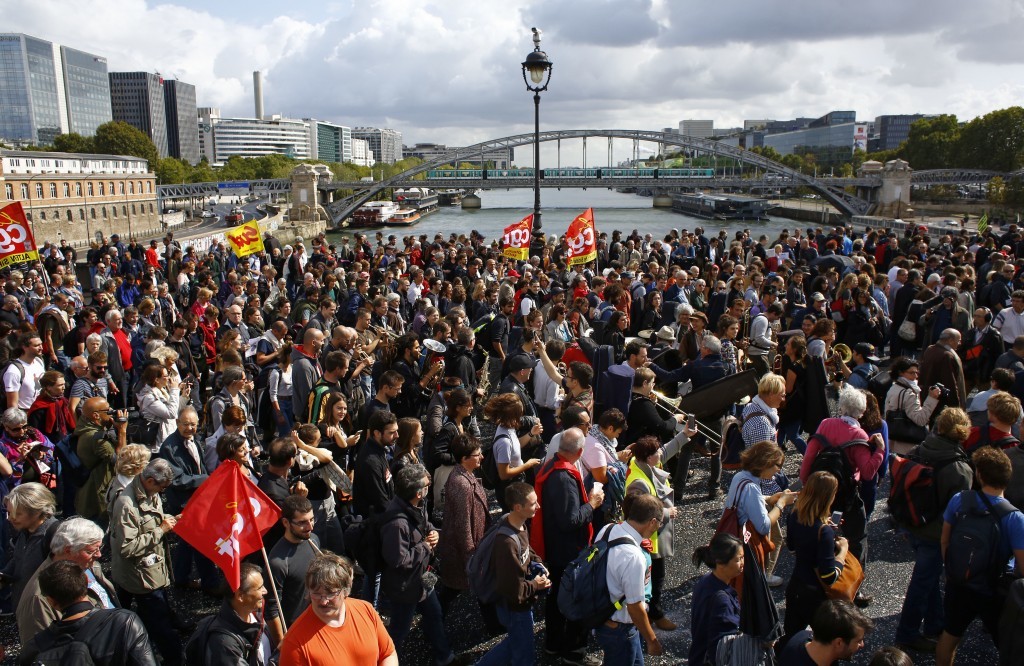 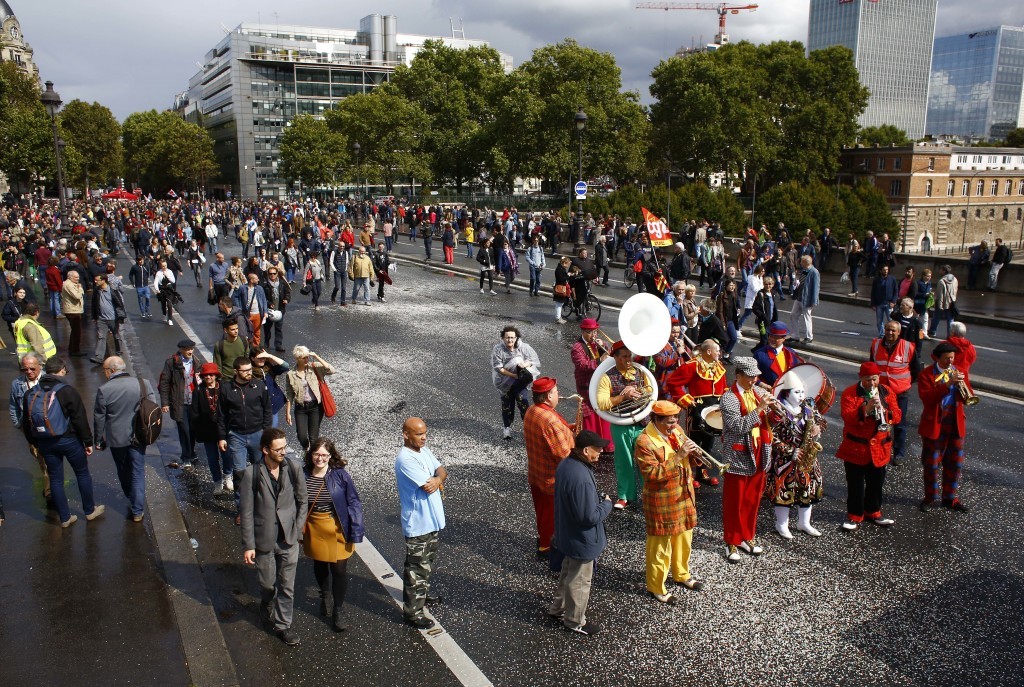 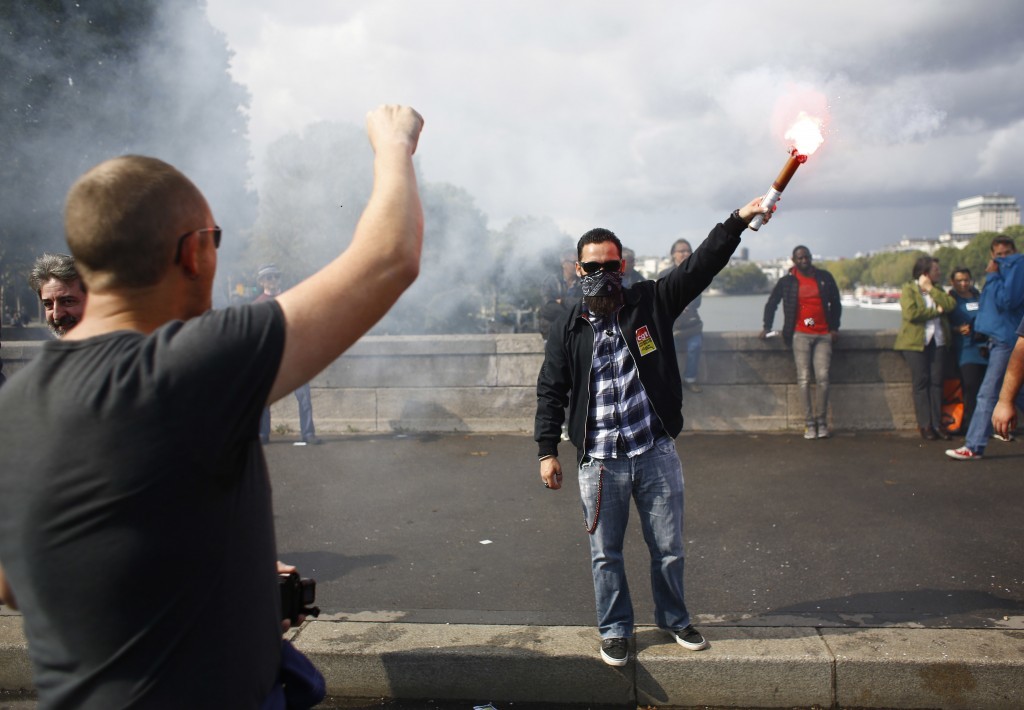 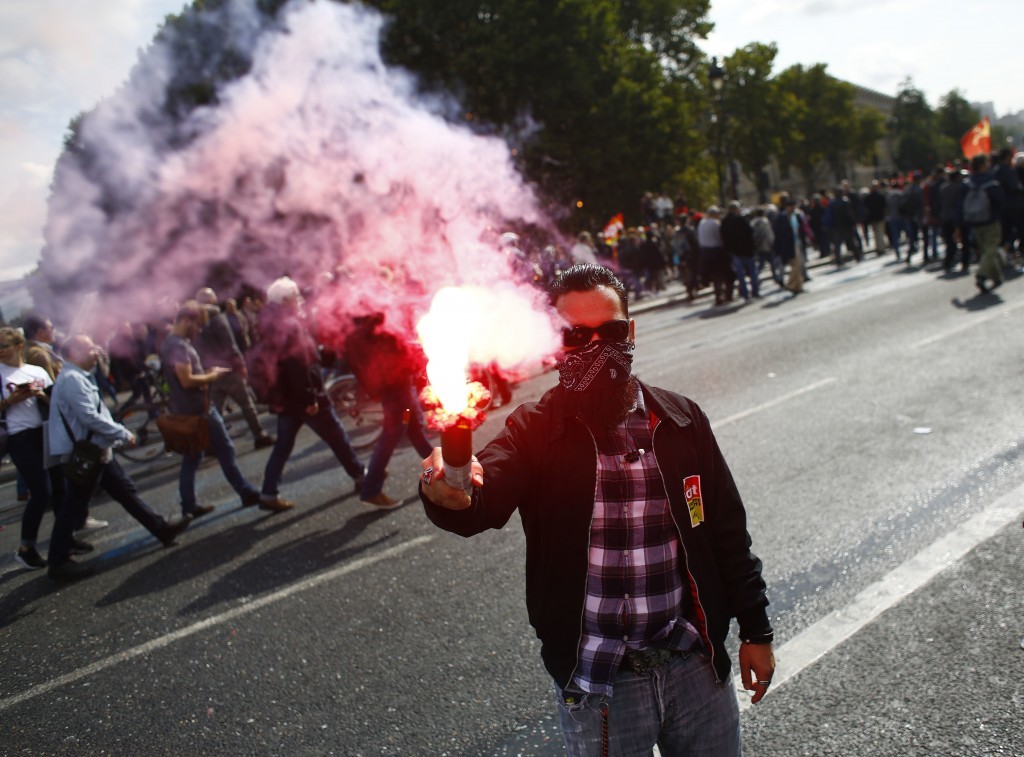 Officers responded with tear gas and water cannon. A police statement said four people were detained and one person with a minor injury was taken to a hospital.

The protests were the first big public display of discontent with Macron's presidency, which kicked off in May amid enthusiasm over his promises of revving up the French economy but is now foundering amid anger over the labor decrees and other domestic troubles.

The Eiffel Tower was affected by the union-organized protests, with afternoon viewing limited to the first floor, which visitors had to access by a stairway.

Dozens of big rigs drove at a snail's pace around the Arc de Triomphe, causing rush-hour traffic snarls as protesters danced and waved flags on a flat-bed truck with a severed plastic head from a funfair ride.

The workers said they timed their protest to coincide with Tuesday's broader labor demonstrations, since both movements were about workers fearing their jobs are at threat.

"Everybody likes funfairs. Everybody has been to a funfair one time in his life," bumper car worker Sam Frechon said. "Funfair is France."

Meanwhile, thousands of union activists marched Tuesday morning in the Mediterranean city of Marseille, in Le Havre on the English Channel and other cities.

Extra police officers were deployed to the afternoon march in Paris. While union marches are usually peaceful, troublemakers on the margins often clash with police. A broad movement against similar labor reforms last year saw several weeks of scattered violence.

Macron's labor decrees — which reduce the power of unions and give companies more authority to fire workers and influence workplace rules — are the first step in what he hopes are deep economic changes. The decrees are to be finalized this month.

Critics say they dismantle hard-fought worker protections and accuse the government of being undemocratic for using a special method to push the decrees through parliament.

Companies argue that existing rules prevent them from hiring and contribute to France's high unemployment rate, currently around 10 percent.

The protests come amid anger at a comment last week by Macron suggesting that opponents of labor reform are "lazy."

Government spokesman Christophe Castaner said on RTL radio Tuesday that the president didn't mean workers themselves but politicians who failed to update French labor rules for a globalized age.

Some unions refused to join the protests, preferring to negotiate with the government over upcoming changes to unemployment and retirement rules instead of taking their grievances to the street.

Macron himself chose Tuesday to go to the French Caribbean to bring aid and meet with victims of Hurricane Irma.