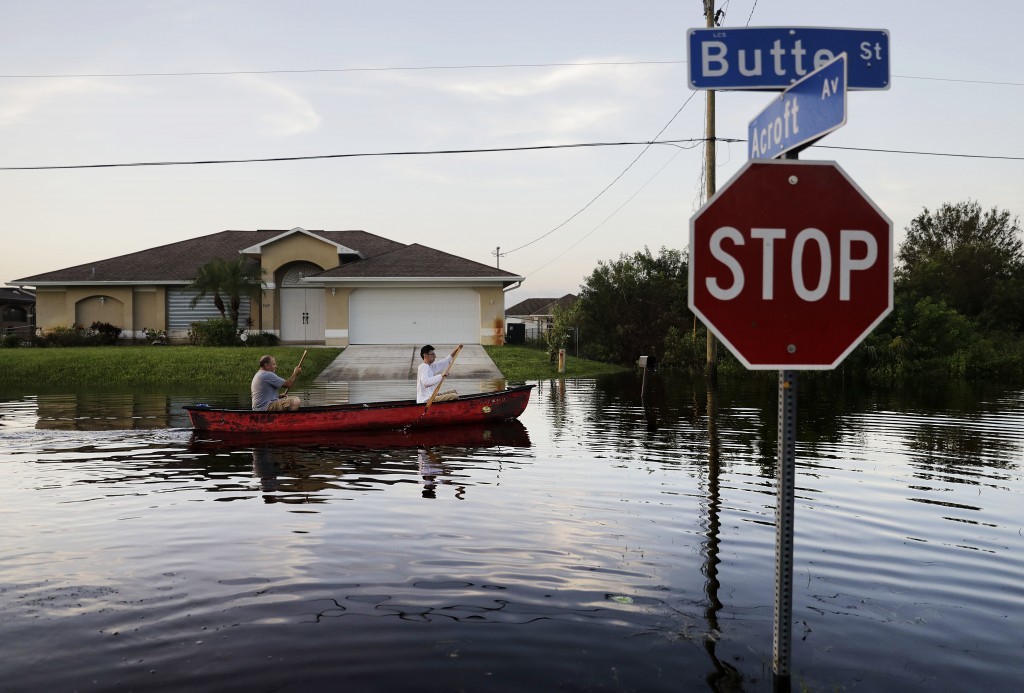 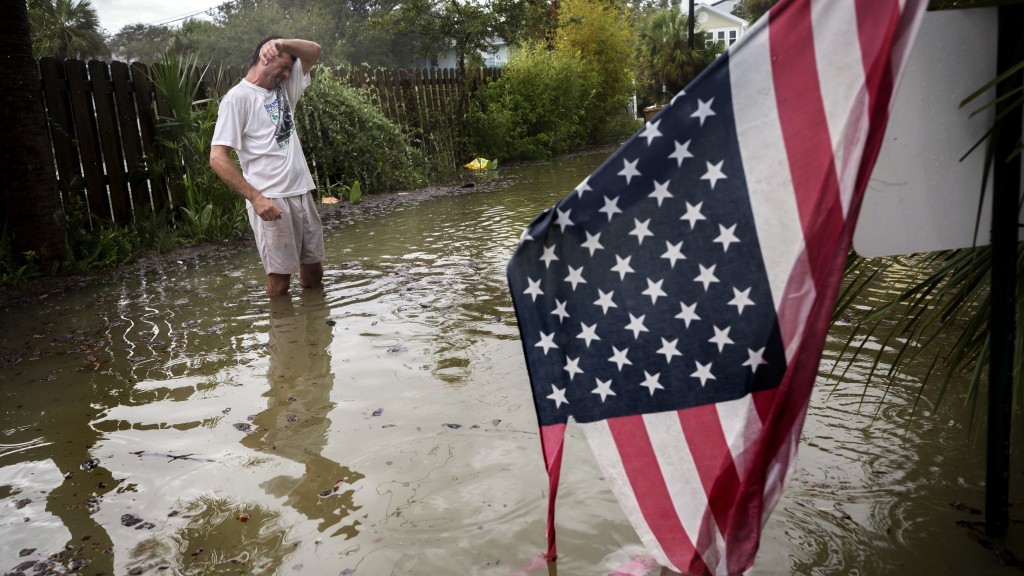 MIAMI (AP) — Remnants of Irma have spread gusting winds, rains and misery around the South even as Florida begins cleaning up from one of the most destructive hurricanes in its history, a storm so big it smashed across virtually the entire peninsula. Several deaths in the U.S. have been blamed on the storm and authorities have sent an aircraft carrier and other Navy ships to aid search-and-rescue operations amid reports of wide devastation in the hurricane-battered Keys .

Recovery operations are ramping up around Florida and beyond, even as the weakened vestiges of Irma dump rains across the South in such states as Georgia, South Carolina, North Carolina, Alabama and Tennessee. The hurricane, once a fearsome Category 5 when it smashed into several Caribbean islands last week, was reduced to remnants with top sustained winds of 25 mph (40 kph) early Tuesday. Meanwhile, heavy equipment crews have begun clearing away road and other debris in Florida as cleanup crews fan out with chain saws to remove downed trees and begin taking stock of the extent of the damage.

Irma battered the Florida Keys and wreaked havoc the length of the Florida peninsula. It flooded streets and coasts, swamped homes, uprooted massive trees, cast boats ashore, snapped power lines and toppled construction cranes. The Florida cities of Jacksonville and Orlando were especially hard-hit by floodwaters. Storm surges also swamped some coastal areas in Georgia and South Carolina. Florida Gov. Rick Scott flew over the hard-hit but isolated Keys on Monday and said he saw "devastation" that included boats washed ashore and mobile homes pummeled by the storm. "It's horrible, what we saw," Scott said. All around the region, millions of homes and businesses lost power during Irma's passage, with many of those outages in Florida.

At least 10 deaths in the U.S. Southeast are now blamed on Irma, including people hit by falling trees or tree limbs. At least 35 people were reported killed earlier when Irma devastated several Caribbean islands. That toll included 10 killed in Cuba and state media said most of those died in Havana, where seawater surged deep into residential neighborhoods.

WHAT'S HAPPENING IN THE FLORIDA KEYS?

Florida Gov. Rick Scott says the Navy has deployed the USS Iwo Jima, USS New York and the aircraft carrier Abraham Lincoln to help with search and rescue amid reports of devastation in the hurricane-battered Keys. Scott flew over the Keys and says he saw a lot of flood damage and boats that had washed ashore. He says he hopes everyone who stayed behind survived Irma. Almost every mobile home park in the Keys had overturned homes, according to the governor. The National Guard also has arrived in the island chain amid official fears that a humanitarian crisis may be developing in the stricken region.

Big airports in Florida remain closed Monday with flight cancellations spreading along Irma's track outside Florida. More than 4,200 U.S. flights scheduled for Monday were canceled. American Airlines said flights in Miami, where it has a huge base, were expected to resume on Tuesday. Irma did not cause as much damage in Florida as some forecasters had feared. But Terminal buildings at Miami International Airport suffered significant water damage, and ceiling tiles at gate areas fell down throughout the airport, according to authorities.

An earlier version of this report incorrectly said that Irma's top sustained winds Tuesday were 15 mph (24 kph) instead of 25 mph (40 kph).

HURRICANE NEWSLETTER — Get the best of the AP's all-formats reporting on Irma and Harvey in your inbox: http://apne.ws/ahYQGtb