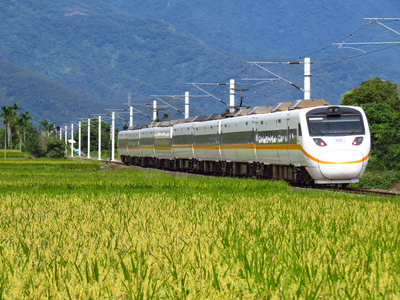 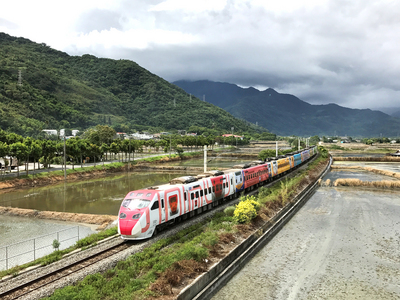 TAIPEI, (Taiwan News)-- Taiwan Railways Administration is planning to announce 68 sites where the public can take photos of various painted trains along the railway lines in Eastern Taiwan.

In recent years, both trainspotters and the general public started to log and take photos of the painted trains.
In 2014, TRA commissioned a designer to paint the Puyuma Express with indigenous tribal imagery and scenery from Eastern Taiwan after the Hualien-Taitung railway electrification was completed.

This started the painted train hobby. Last year, trains with Japan's 'Hello Kitty' were launched. This year eight trains have been decorated with different designs to celebrate the 130th anniversary of TRA.

There are a total of 68 sites TRA deems safe and suitable for taking photos of the trains. These are along railway lines in Eastern Taiwan, such as Duoliang Station,the hiking trails in Taitung's Taimali Township, and the north entrance of Shanli tunnel. All of the sites will be announced on the official website of the Taiwan Railways Administration within a month.

The TRA Freight Service Department said there are 220 stations along the rail lines, spanning over 1,100 kilometers of tracks around Taiwan. Every station, line, and bridge has a unique beauty with the painted trains adding contemporary interest.