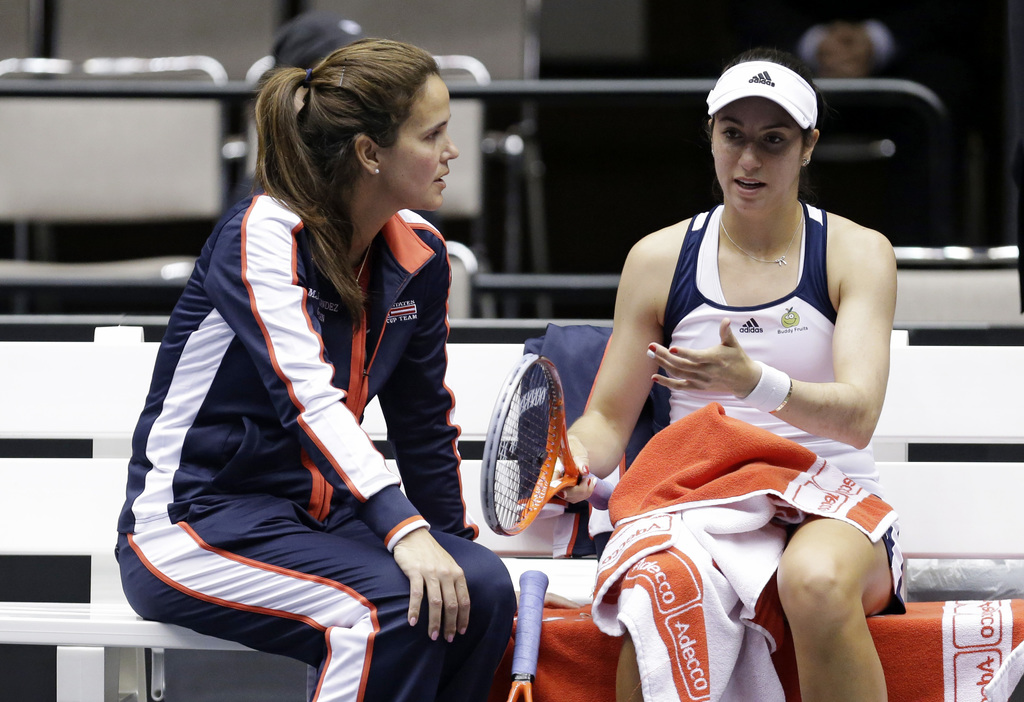 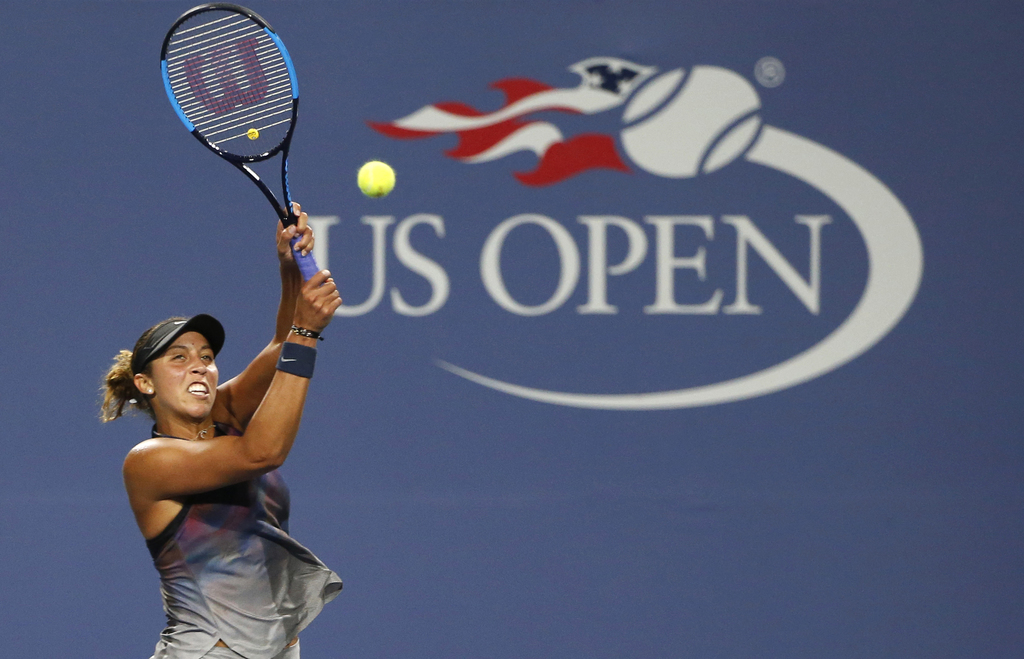 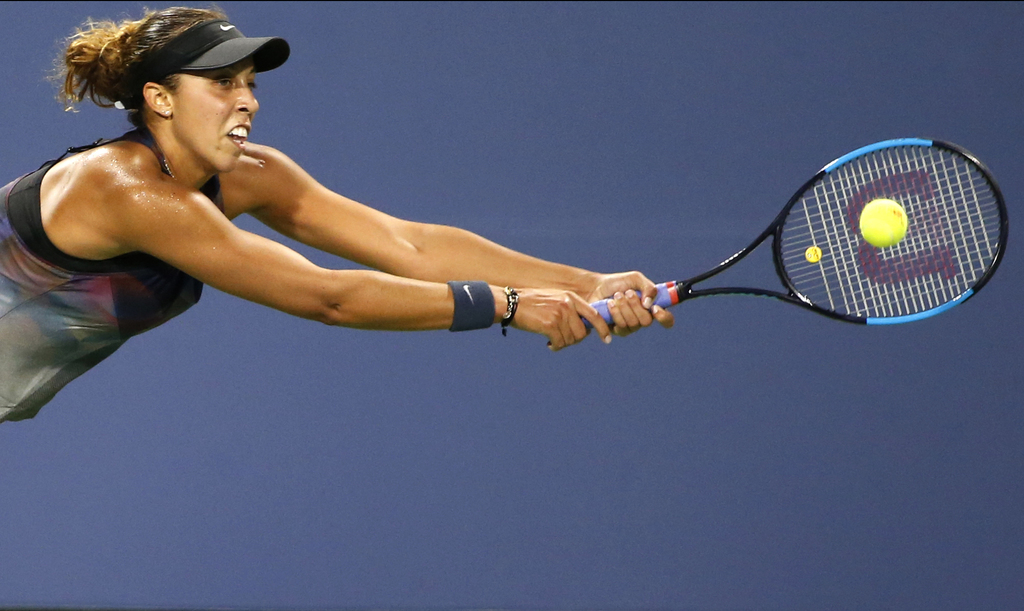 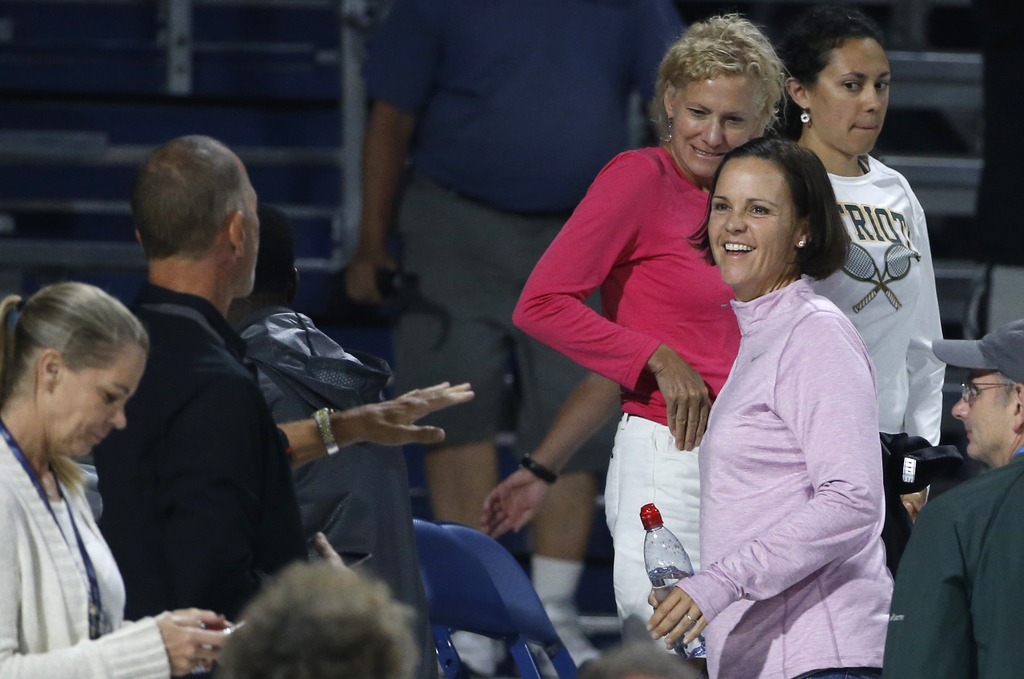 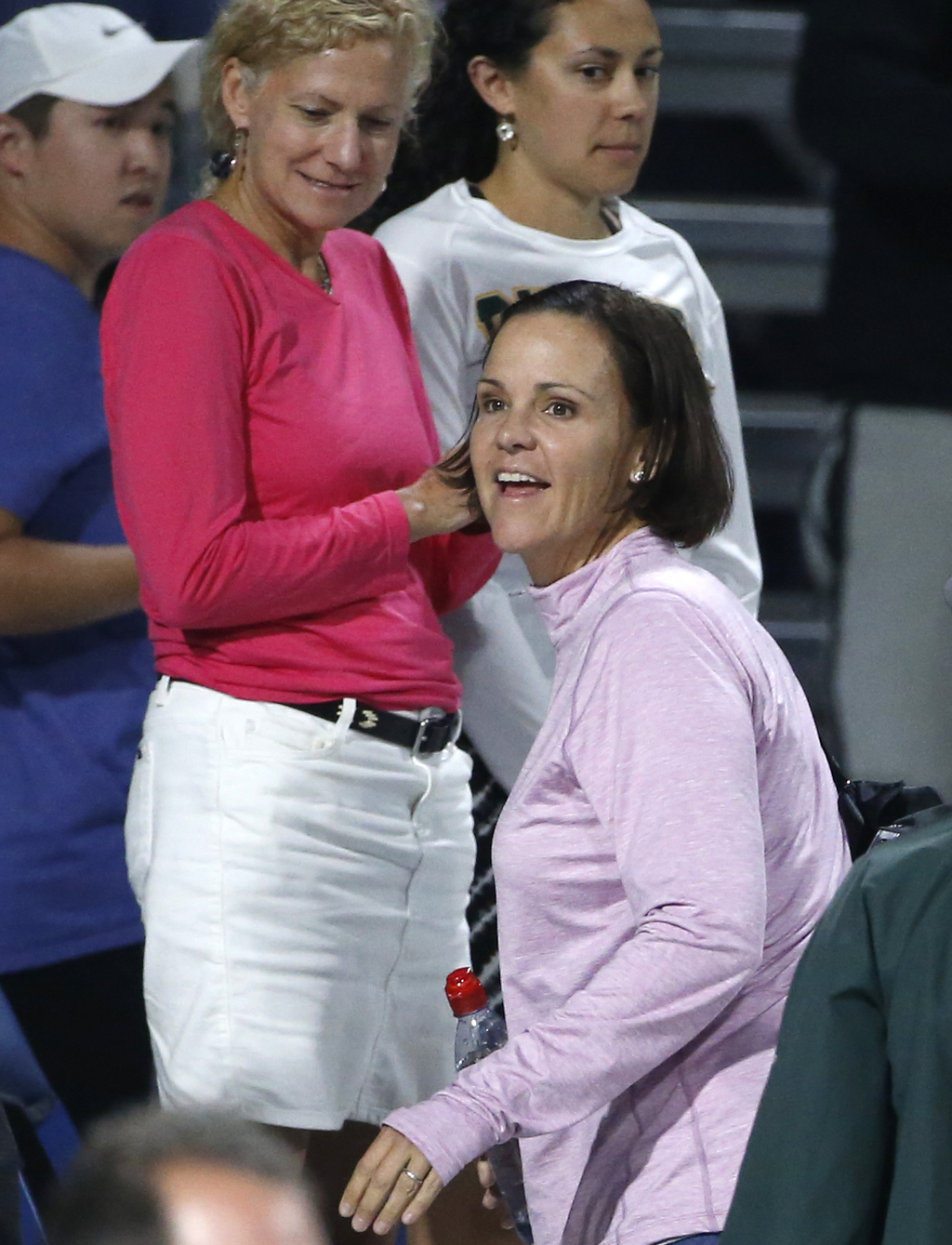 NEW YORK (AP) — Lindsay Davenport sat on the edge of her seat in the coaching box at Arthur Ashe Stadium, watching her player compete in the U.S. Open.

The former No. 1 and winner of three Grand Slam singles titles is among a handful of female coaches in professional tennis. While she's the only female coaching a Top 20 player on the women's tour, more former players are offering their expertise during Grand Slam tournaments.

Madison Keys, coached by Davenport, defeated Elise Mertens 6-3, 7-6 (6) during the first week of the U.S. Open at the Billie Jean King National Tennis Center. The ESPN cameras frequently showed the reaction of Davenport and Kim Clijsters, seated courtside in support of a Belgian player who trains at her academy.

"You've got to see it to be it," King said. "The more coaches the better and the more girls that see it on TV, the better."

Plenty of well-known male players have transitioned to part-time coaching — Andre Agassi is the latest to briefly join a slumping Novak Djokovic at Wimbledon. Navratilova has assisted various players in the past. Other American players turned coaches include Zina Garrison and Lori McNeil.

Conchita Martinez, who coaches both men and women for the Spanish Fed Cup and Davis Cup teams, beamed from the box at Wimbledon after helping Garbine Muguruza win the title in July.

A winner of 55 career titles in 17 years on tour, the 41-year-old Davenport knows the pressure players face on and off the court and how to deal with injuries. Keys missed the first two months of the season because of wrist surgery; she's now returning to form as a powerful baseliner, similar to her coach.

"Lindsay has been amazing. She's always helped me in the big moments, just because she's been there and understands," said Keys of the 2006 U.S. Open winner. "So having her perspective in what she did to handle those situations has been really beneficial.

"I think it's probably the closest I've ever been with a coach. I truly love just being around her."

Clijsters, who won the U.S. Open in 2005 and 2009-10, has assisted Belgian players Mertens, Kirsten Flipkens and Yanina Wickmayer by letting them practice at her academy in Bree. They all have their own male coaches. But Clijsters is often in the stands of major events to cheer on her countrywomen.

Andy Murray, who was initially coached by his mother, hired 2006 Australian Open and Wimbledon champion Mauresmo for two years. She stepped aside in 2016 after having a child.

Fernandez says whether the coach is male or female, it's more about "the right fit."

"The chemistry has to be right," she said. "I think a woman can coach a man as easily as they can coach a women. It's just been harder because women go on to have families and it's tougher to take the time off to dedicate oneself full-time to the coaching."

Davenport has four children and shares the coaching duties with Thomas Hogstedt.

Currently, the men's tour provides child care, but the women's tour does not. With top players Serena Williams (newborn girl) and Victoria Azarenka (8-month-old boy) joining the ranks of motherhood, that may change.

The WTA did not immediately return a request for comment on child care.

Fernandez said in the past, women hired male coaches because they got "two in one" — a coach and hitting partner. These days, most top players have a team that includes a coach, hitting partner, fitness trainer, physiotherapist, statistician and family support.

Unlike the ATP, the WTA allows on-court coaching between sets of matches. Viewers could listen in while current Fed Cup coach Kathy Rinaldi offered strategy and encouragement to American Christina McHale during a recent tournament ahead of the U.S Open.

Fernandez had an early mentor in King, who coached Davenport (singles) and Fernandez and Gigi Fernandez (doubles) to gold medals at the 1996 Atlanta Olympics.

"I learned a lot from Billie Jean, she gave me great advice when I went into the coaching role," Fernandez said. "You have to really learn about each individual, everybody is different, and how to connect. It's important for players to play to their strengths.

"Coaching is so much fun. It's fun when you see the players develop and improve."

King is all for more female coaches at every level of the sport — recreational, college and the pros.

"It doesn't matter if you're male or female, it's about knowing the game," she said.