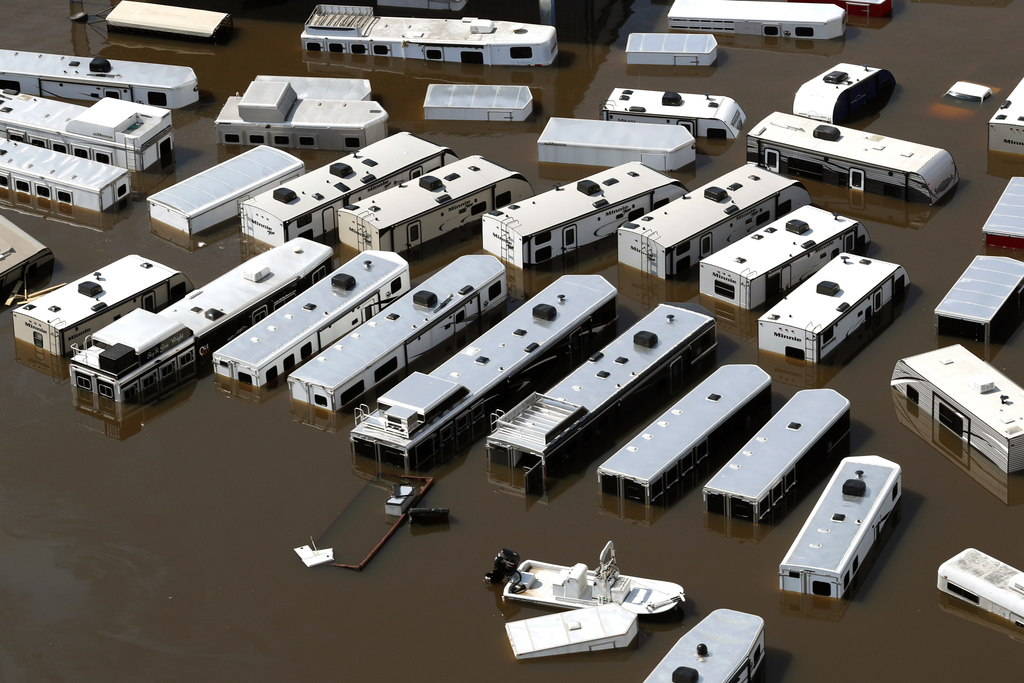 WASHINGTON (AP) — The Latest on President Donald Trump and Harvey (all times local):

President Donald Trump says Harvey "has profoundly affected our entire nation" and he's praising what he calls "heroic efforts" in the wake of the devastating storm.

Trump is carrying a message to victims as he prepares for his trip Saturday to Houston and Lake Charles, Louisiana.

Trump was in Texas earlier in the week, too, and he says he saw "a spirit of love, determination and resolve. A spirit, that even when wounded, never gives up, never gives in, never loses hope."

The president says storm victims face " a long and difficult path" ahead, but he says that "we are stronger than the obstacles in our path."

When President Donald Trump made his first trip to Texas after Harvey, he brought plenty of optimism and swagger.

And when he makes a second visit later Saturday, he'll get a chance to return with empathy.

Trump is set to stop in Houston and Lake Charles, Louisiana, to survey the damage.

The White House says he'll have time to talk to residents still recovering from the devastation. He's also expected to meet with volunteers.

Those elements were missing from his first visit to the region on Tuesday. He was criticized as being off-key for a presidential trip to discuss communities in crisis.