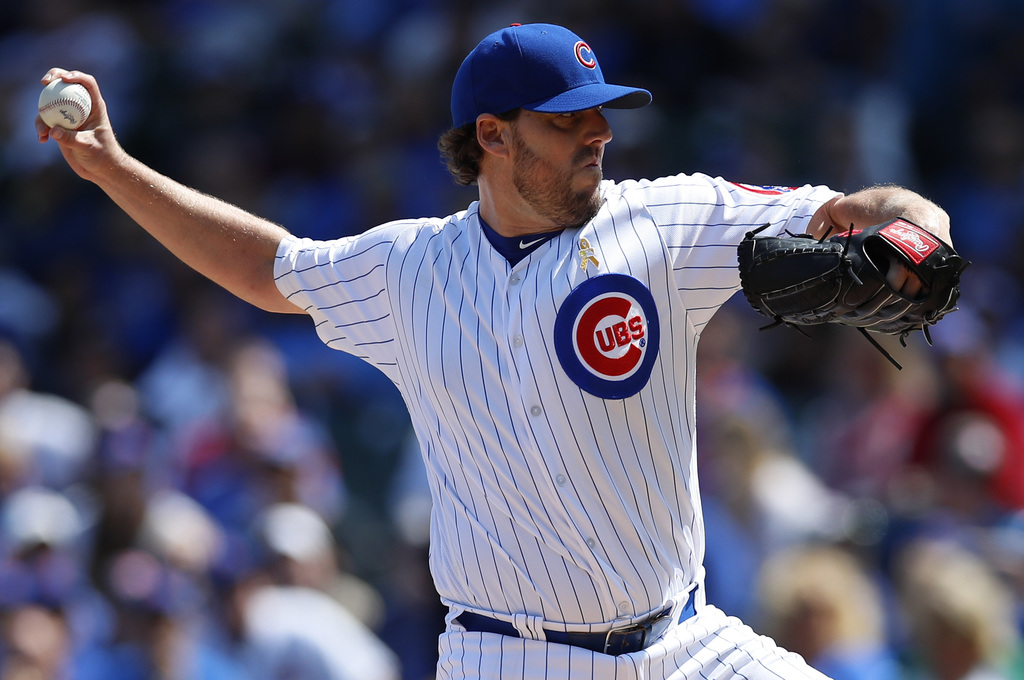 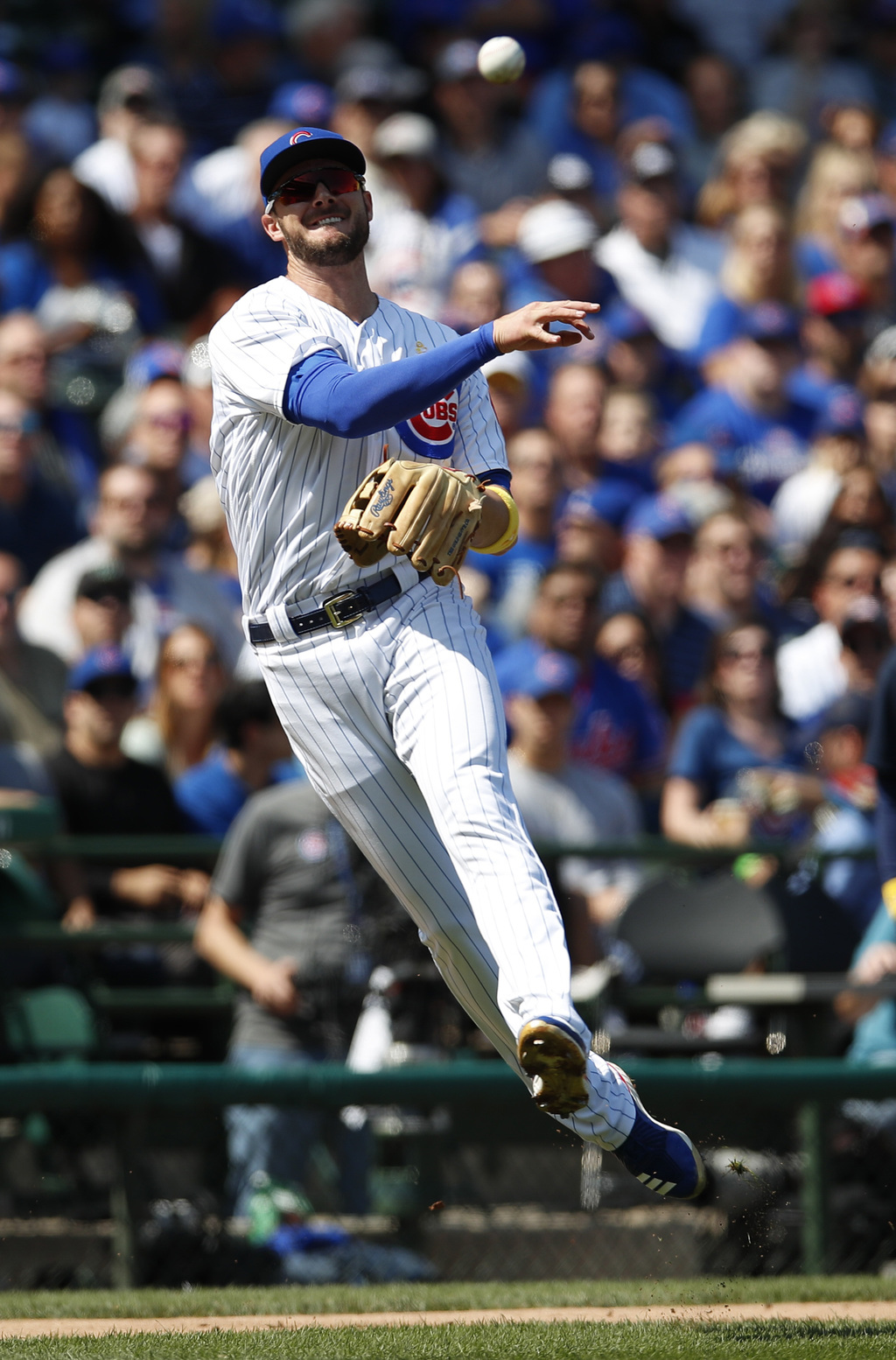 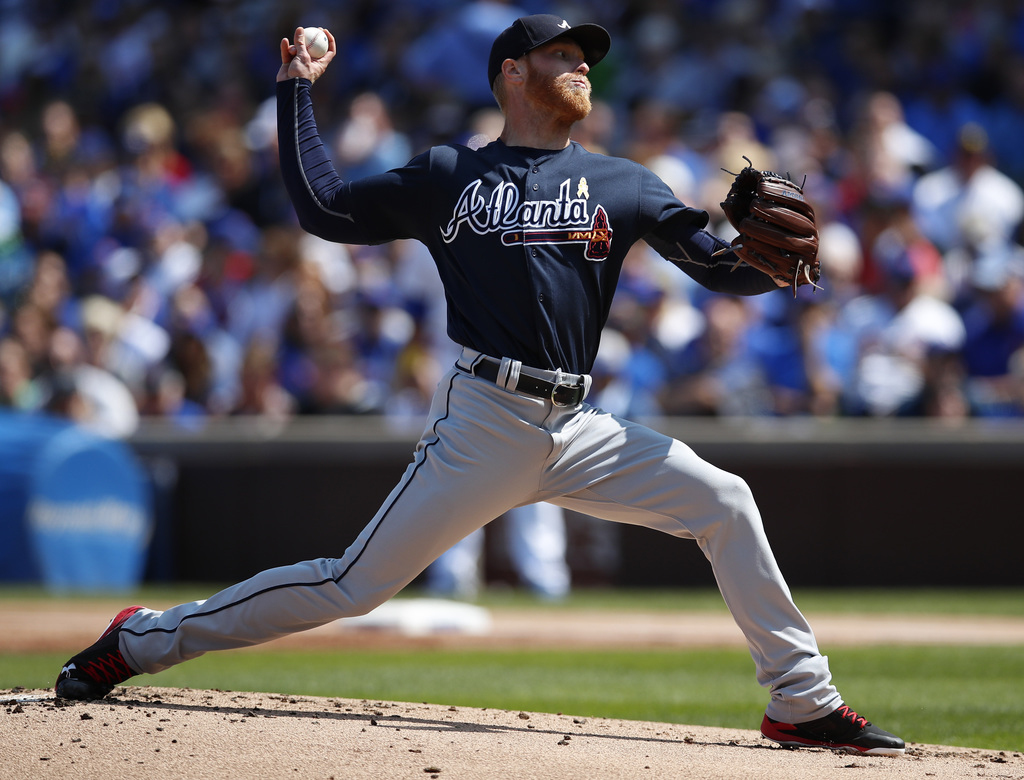 Lackey (11-10) allowed three hits, struck out five and walked none while improving to 6-1 with a 3.83 ERA in nine starts since the All-Star break. The 38-year-old right-hander retired his last 16 batters after a second-inning single by Dansby Swanson.

Anthony Rizzo added two more hits as NL Central-leading Chicago won for the 11th time in its last 14 games. The big first baseman hit .355 with seven homers and 30 RBIs in August, powering the Cubs to a 17-12 record and a major league-best 191 runs for the month.

Atlanta lost for the fifth time in seven games, wasting a solid start by Mike Foltynewicz (10-11). The right-hander, who is from the Chicago area, allowed two runs and five hits in 6 1/3 innings in his fifth consecutive loss.

The Cubs grabbed the lead for good on another exciting trip around the bases for Baez.

The athletic infielder reached on a leadoff walk in the third and advanced on Lackey's sacrifice. After Ben Zobrist flied out to center, Kyle Schwarber hit a dribbler up the third-base line. Foltynewicz slid to get to the ball and made a strong throw to first, but Schwarber beat it out for an infield hit.

Running all the way, Baez tried for home and slid in safely ahead of catcher Kurt Suzuki's tag attempt. Baez stole home in Wednesday night's 17-3 victory over Pittsburgh, and he also made a perfect slide when he scored the winning run in a 6-5 victory against Toronto on Aug. 20.

Rizzo doubled and scored on Ian Happ's single in the fourth, and that was more than enough for Lackey and three relievers. Pedro Strop and Brian Duensing worked the eighth before Wade Davis finished the four-hitter for his 28th save in 28 chances.

The Braves put together their best scoring opportunity in the first. Ender Inciarte hit a leadoff single and advanced on a wild pitch, but Lackey struck out Ozzie Albies, Freddie Freeman and Matt Kemp to end the inning.

The Braves and Cubs each made a flurry of promotions on the first day of expanded rosters across the majors.

The Braves acquired Sanchez when they traded infielder Brandon Phillips to the Los Angeles Angels on Thursday.

The Cubs recalled catcher Victor Caratini and selected the contracts of infielder Mike Freeman and right-hander Dillon Maples from Triple-A Iowa. To make room on the 40-man roster, right-handers Seth Frankoff and Jose Rosario were designated for assignment.

Outfielder Leonys Martin, who was acquired by Chicago in a trade with Seattle on Thursday night, is expected to join the team on Saturday. The Cubs will have to make another move with their 40-man roster when Martin arrives.

Braves: RHP Luke Jackson and LHP Ian Krol were activated from the 10-day disabled list. Jackson had been sidelined by a right shoulder strain. Krol is coming back from a left oblique strain.

Cubs: RHP Justin Grimm was activated from the 10-day DL. Grimm had been sidelined by an infection in his right index finger. ... C Willson Contreras (right hamstring strain) ran the bases and threw before the game.

Cubs left-hander Jon Lester returns from the disabled list when the series resumes on Saturday afternoon. Lester (8-7, 4.37 ERA) was placed on the DL on Aug. 18 with tightness in his left lat and general shoulder fatigue. Rookie right-hander Lucas Sims (2-4, 4.41 ERA) makes his seventh major league start for Atlanta. Sims is 2-1 with a 3.12 ERA in his last three outings.